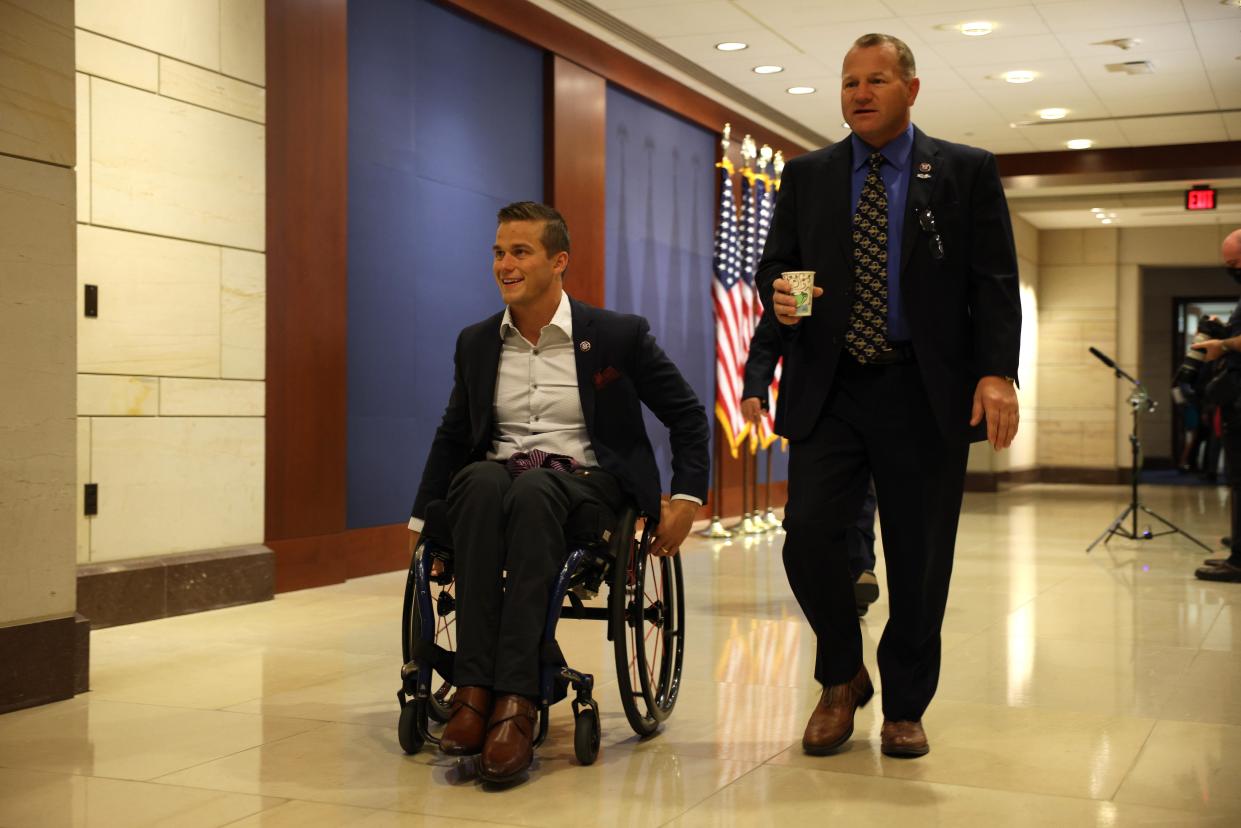 Sen. Thom Tillis, R-N.C., said Cawthorn "has fallen well short of the most basic standards Western North Carolina expects from their representatives," and he supports state legislator Chuck Edwards in the GOP primary scheduled for May 17.

"The 11th Congressional District deserves a congressman who is fully dedicated to serving their constituents," Tillis said.

McCarthy said Cawthorn told him he "exaggerated" his remarks. He also said the freshman House member must change his ways because "he's got a lot of members very upset."

In a tweet just hours before Tillis' announcement, Cawthorn said "the radical left, the establishment, and the media want to take me down," but he will move forward.

"Their attacks have been relentless," said Cawthorn, who at age 26 is the youngest member of Congress. "I won't stop fighting. I won't bow to the mob. They want to silence the America First movement. I'm not going anywhere."

Despite the renewed primary opposition, Cawthorn is not without political advantages,

An outspoken supporter of Donald Trump, Cawthorn also has fundraising and name identification. Some conservative groups have rallied around him amid the criticism of his outspokenness.

Primaries fuel partisanship: Think Congress is too partisan now? Primaries could magnify division as the number of swing districts shrinks

Many Republicans have long taken a dim view of Cawthorn, who has had an eventful term in Congress.

Recently, as Russian troops rolled into Ukraine, Cawthorn told supporters that Ukraine is "incredibly evil" and described President Volodymyr Zelenskyy as a "thug."

Cawthorn has also been criticized for trying to bring a gun through airport security. He faces a May court date over charges of driving with a revoked license.

A group of opponents tried unsuccessfully to have state officials remove Cawthorn's name from the ballot because he participated in the Jan. 6, 2021, rally to back Trump's attempts to overturn the 2020 presidential election.

More: Who is Madison Cawthorn? RNC speaker would be youngest member of Congress if he wins in November

Tillis is not the only prominent North Carolina Republican opposing Cawthorn, who faces seven Republican challengers in the May 17 primary.

The leaders of the North Carolina state Senate and state House are hosting a fundraiser this week for Edwards, who is probably the best-known and most well-funded of Cawthorn's challengers. 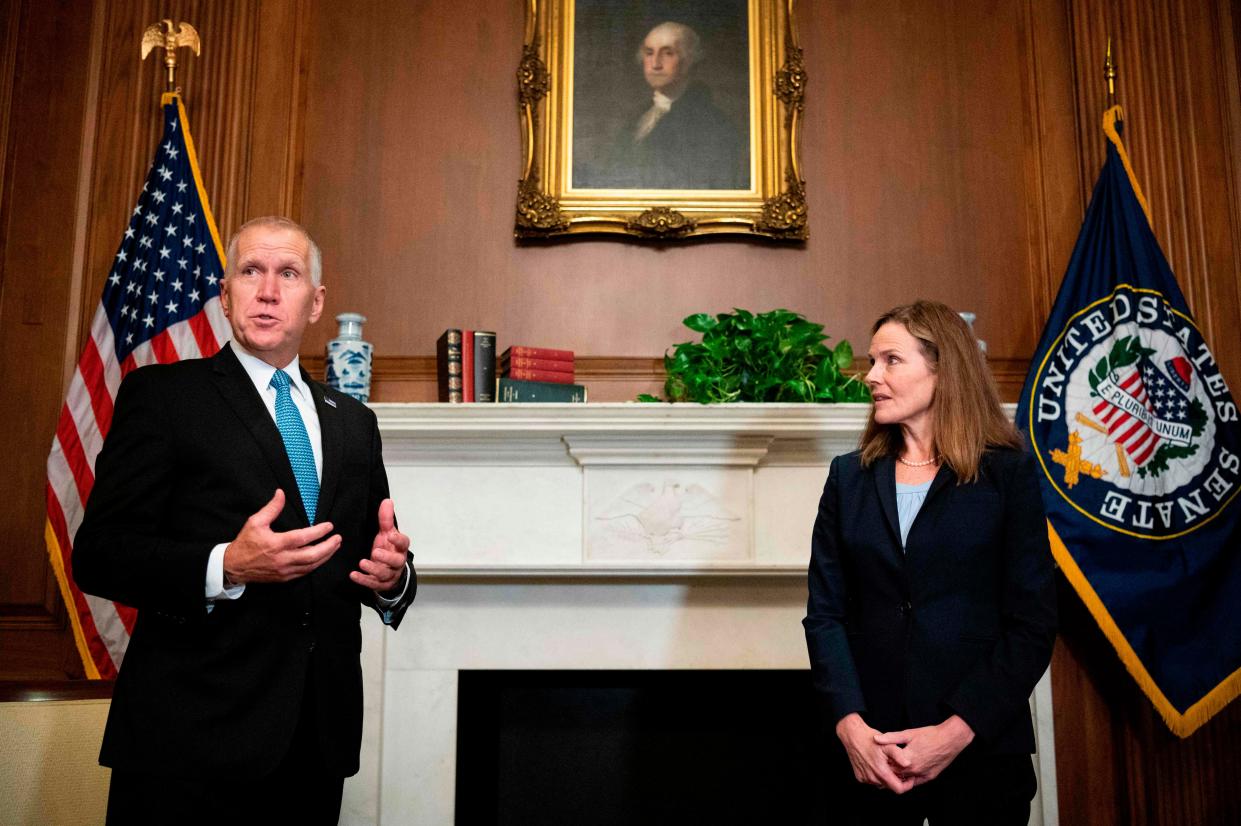 In his statement, Tillis said "voters now have several well-qualified candidates to choose from who would be a significant improvement" over Cawthorn, and "I believe Chuck Edwards is the best choice."