Howzat for entertainment? Moment two spectators race from Lord’s crowd to slide across damp pitch as rain stops play… only to be escorted off by officials

Two spectators sprinted across the outfield and used the covers as a slip and slide during the first washout at a Lord’s test for 17 years.

The duo were promptly escorted away by stewards and then ejected from the sodden cricket ground in St John’s Wood, north-west London.

Despite the recent heatwave the weather betrayed cricket fans yesterday who were looking forward to the second four-day test match against India.

There was not time for the toss or even an announcement of the teams as the persistent rain set in early and never cleared. 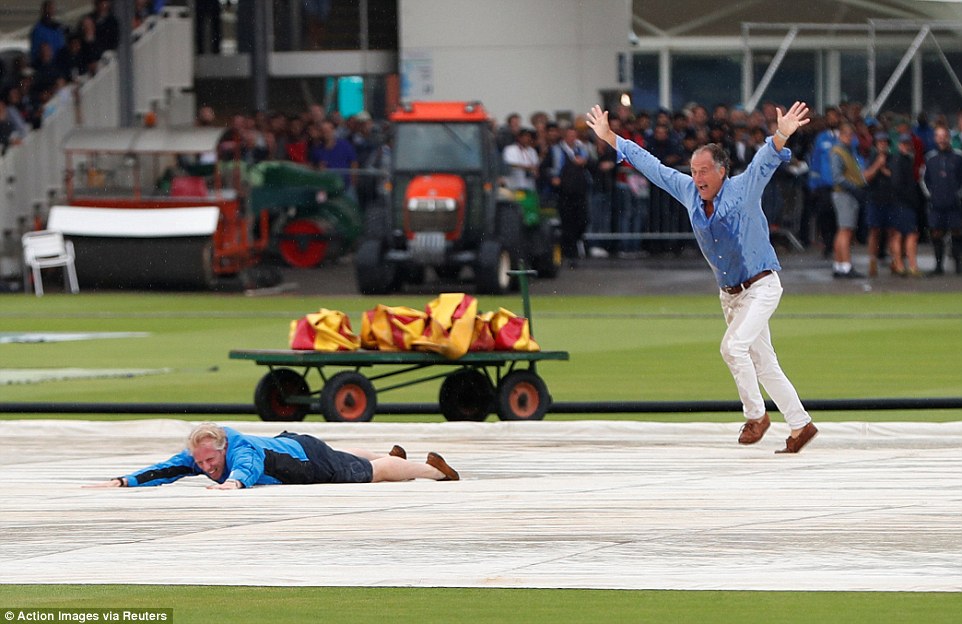 The two spectators sprint onto the pitch at the Lord’s Cricket ground, and look like they are having a great time sliding on the slippery surface 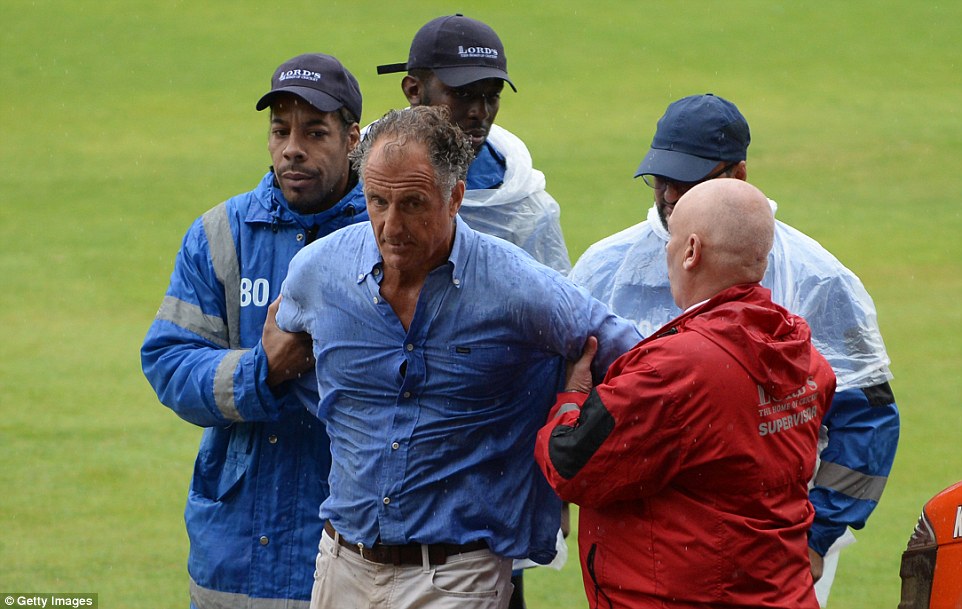 Without much cricket action, two fans decided to go and have a bit of fun of the slippery surface used to protect the pitch from the rain.

The men, one dressed in white chinos with a blue shirt and brown loafers, and the other one in a tracksuit top and shorts look filled with glee and they launch themselves onto the slippery surface.

They look decidedly more glum as they are led of by security, who then promptly ejected them from the ground- however on the bright side, they will not face prosecution. 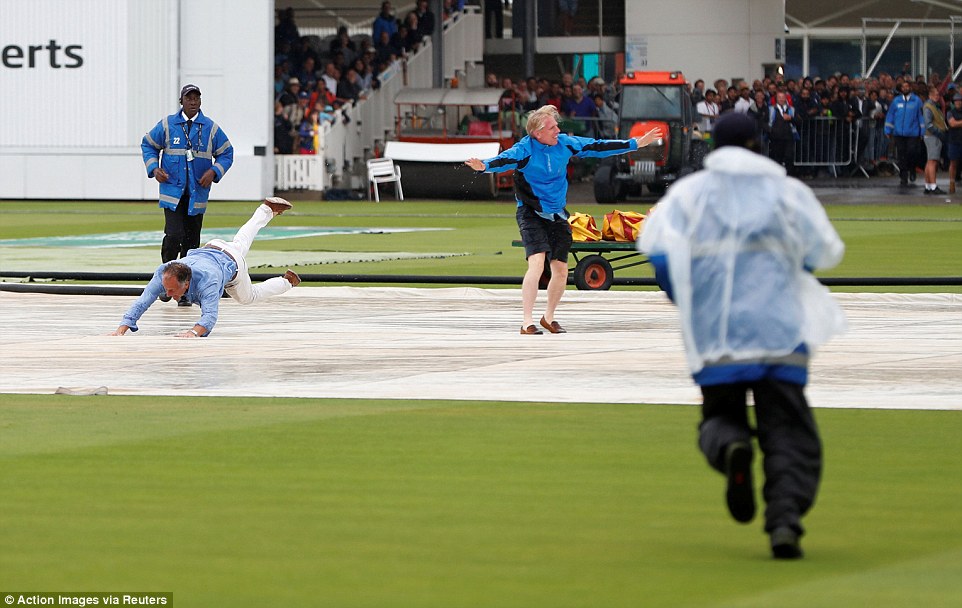 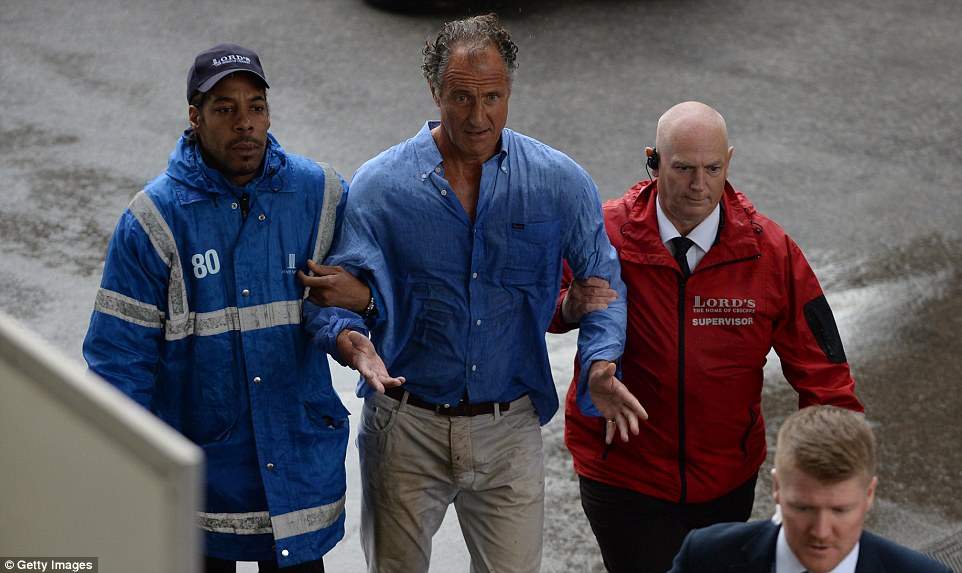 Fortunately for cricket fans the forecast for the rest of the Test is favourable.

It is the first time a whole Test match day has been lost to the weather at the Home of Cricket since May 2001, against Pakistan.

The last washout in this country was across the capital at The Oval, in the 2013 Ashes.

But national selector Ed Smith insists his former Middlesex team-mate nonetheless remains in contention to add to his 15 Test caps when the time and conditions are right.

Smith observed last weekend that Malan may be more effective away from home, having made a century in Perth during England’s 4-0 Ashes defeat last winter.

On Thursday evening, he said: ‘When a player has been left out there should be clear communication on the way they can improve in order to get back into contention.

‘That is the conversation I had with Dawid yesterday – I spent a couple of hours with him face to face, and the message is very simple.

‘He has scored more than 10,000 first-class runs in England and the guy has shown he can play very well on different surfaces.

There’s a new docu-series coming to Disney+ all about Animal Kingdom at Walt Disney World in Orlando, Fla. In Magic of Disney’s Animal Kingdom, National…