Pictured: Moment Prince Charles crashed Queen’s Flight jet in £1m smash that made heir to the throne give up flying as pilot admits he should have told him to pull up and try to land again

This is the moment Prince Charles crashed a Queen’s Flight jet aircraft in a crash that caused £1million worth of damage and saw him give up flying.

Disaster struck in June 1994 when the Prince of Wales took over the controls of a British Aerospace 146 aircraft coming into land at Islay in the Inner Hebrides.

Three tyres burst as the £10million ‘Whisper Jet’ came into land in 33mph winds and it overshot the runway – damaging the nose cone, landing gear and weather radar. 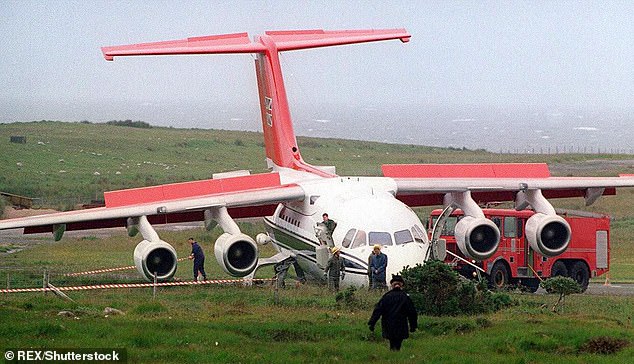 The British Aerospace 146 aircraft crashed after overshooting the runway at Islay in the Inner Hebrides on June 29, 1994 while it was being landed by Prince Charles

Responsibility for the accident on board the plane carrying 11 people from Aberdeen was placed squarely on the plane’s captain even though Charles was at the controls.

RAF squadron leader Graham Laurie was severely criticised in a Ministry of Defence report which claimed he should have grabbed the controls from the Prince.

Mr Laurie has now admitted he should have got Charles to pull up the plane, in new Channel 5 documentary Secrets of the Royal Flight, to be broadcast this Friday. 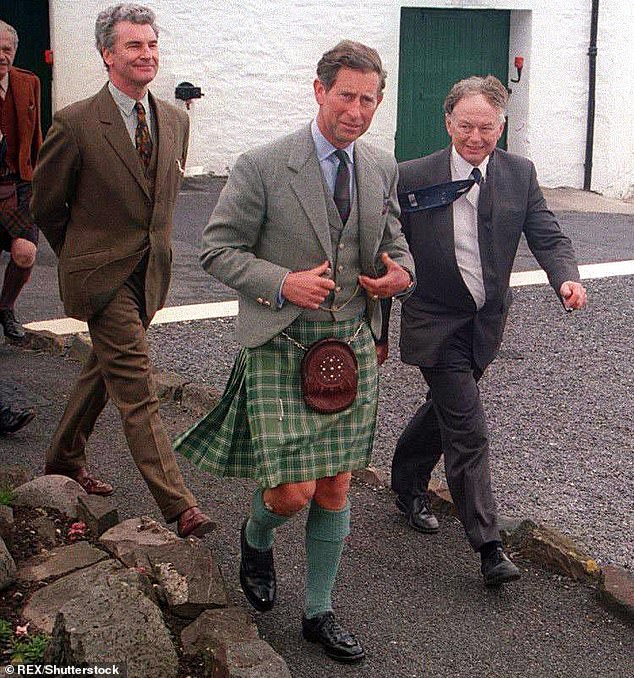 Prince Charles is pictured in Islay following the accident, which he later made light of, saying: ‘We went off the end of the runway, unfortunately. It is not something I recommend’

The programme also reveals how the Duke and Duchess of Cambridge travel today, with Kate’s dresses once said to have had their own seats to ensure they stay flat.

Mr Laurie, who was suspended during the 1994 crash inquiry, said: ‘The nose wheel had landed because it was right beneath us, so we were bumping along the runway.

‘But what we didn’t realise was the main wheels were still slightly clear of the ground, so consequently when I took over I still couldn’t stop it going off the end.

‘With hindsight, of course, I should have got him to overshoot and make another approach. But I actually told him to land, so he did exactly what he was told to do.’ 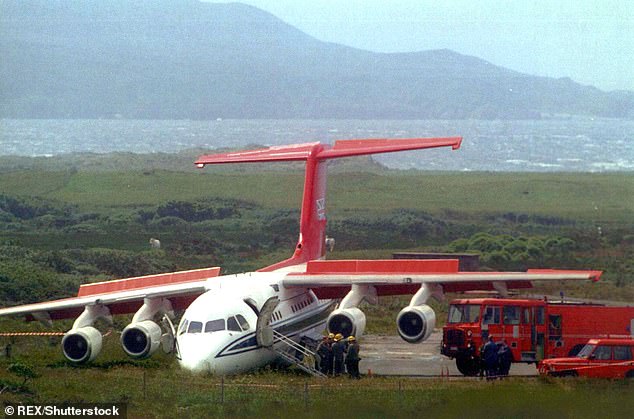 Three tyres burst as the £10million ‘Whisper Jet’ came into land in 33mph winds in June 1994 and it overshot the runway – damaging the nose cone, landing gear and weather radar

The report accused Mr Laurie of negligence and concluded the plane’s navigator was also ‘negligent’ for failing to advise the captain of vital data during the landing.

While Mr Laurie was never formally disciplined, the Royal Air Force did admit at the time that his negligence would have ‘career implications’.

Charles grounded himself from flying after the accident, which St James’s Palace said at the time was a ‘personal decision the Prince took on his own’. 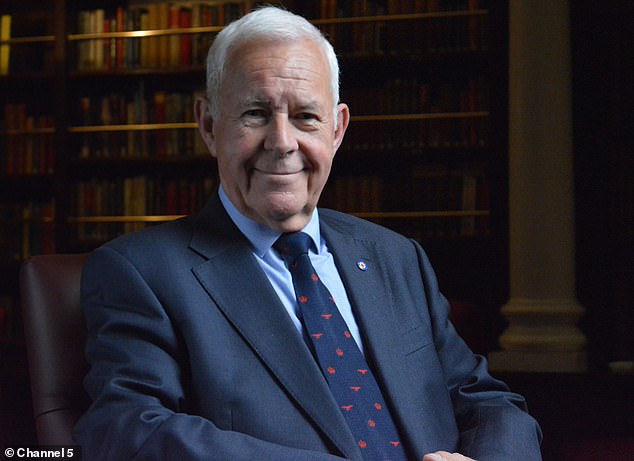 ‘It was a very unfortunate incident. The damage was well in excess of £1million. But then, to be fair, any aircraft accident is always expensive.’

Trouble hit the jet as it landed on June 29, 1994 – which was also the day of a controversial documentary in which Charles confessed he had committed adultery.

The accident happened as Charles was landing on Islay as part of a five-day official visit to Scotland, with the aircraft hitting the ground at too high a speed.

As it rapidly ran out of airstrip, Charles was forced to brake drastically, skewing the jet round to avoid sliding onto rough land. 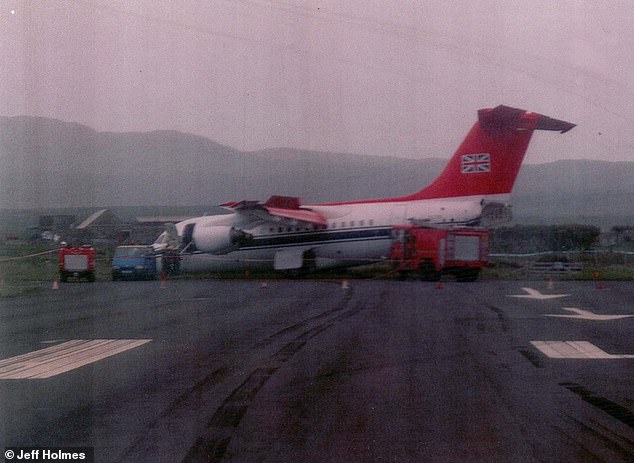 Charles was forced to brake drastically, skewing the jet round to avoid sliding onto rough land

The impact blew three tyres, and the four-engined jet came to a halt at right angles to the runway, 60ft from a 14ft drop into a stream.

Charles later made light of the accident, saying: ‘It wasn’t quite a crash. We went off the end of the runway, unfortunately. It is not something I recommend.’

The heir to the throne began flying in 1968 as a Cambridge undergraduate and went solo the following year, before obtaining his private pilot’s licence in 1970.

Charles then went to RAF College at Cranwell in Lincolnshire in March 1971, getting his wings in the August of that year. 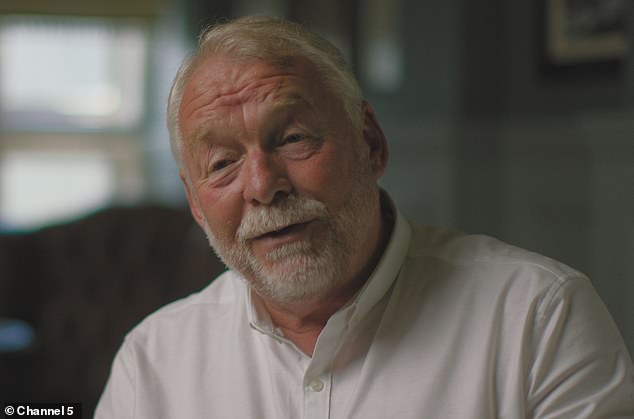 But in the years before the crash he had restricted himself to taking the controls on landing because he would make use of in-flight time to do office work.

The programme about royal air travel also told how Prince George, the Duke of Kent died in 1942 when a plane that he was flying to Iceland in hit a mountain in Scotland.

It also told how Prince William of Gloucester died in an accident in 1972 when a two-man plane he was flying in at an airshow near Wolverhampton flipped over.

The documentary lifts the curtain on nearly a century of five-star regal luxury at 30,000ft, going back to when the King’s Flight was created in 1936. 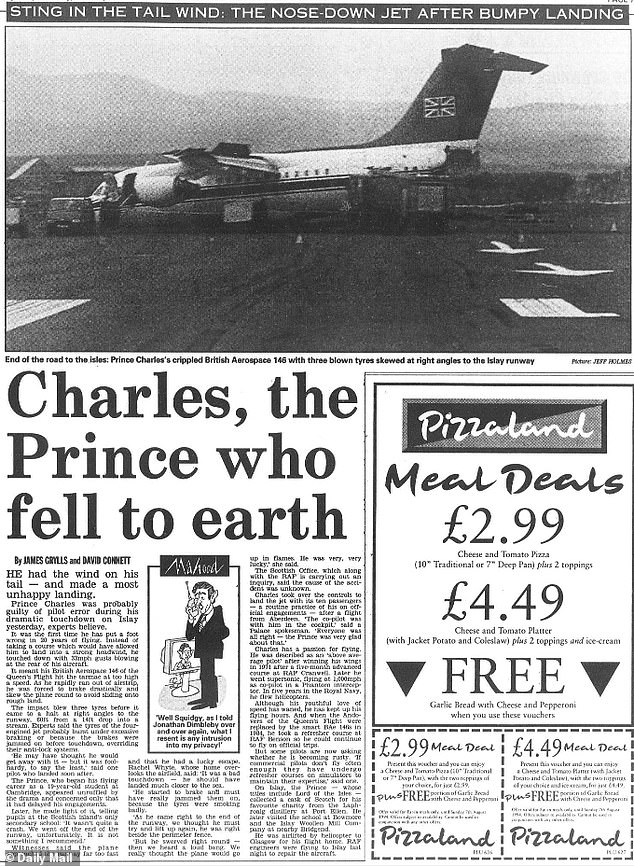 The Daily Mail reported on Charles’s plane crash on page seven of its edition on June 30, 1994

This saw Edward VIII become Britain’s first reigning monarch to fly as both passenger and pilot, beginning a royal tradition.

The programme also looks at the Queen’s 44,000-mile Commonwealth tour in 1953, where her luggage alone weighed 12 tons.

During her lifetime, the monarch has clocked up more than one million air miles – and the documentary hears from her on board team.

These include how they coped with her corgis in the sky to the day they landed to an audience of more than 500,000 worldwide with the body of Princess Diana.

Secrets of the Royal Flight will be shown on Channel 5 this Friday at 9.15pm