Moment pervert, 56, is snared by two groups of vigilante paedophile hunters after he turned up to meet ’13-year-old girl’ for late night rendezvous close to his home

This is the moment paedophile hunters snared a 56-year-old pervert trying to meet a 13-year-old girl.

Gordon Beck thought he was arranging a late-night meeting with a child when he was in fact talking to undercover organisations – Dark Justice and Guardians of the North.

When he turned up for the rendezvous close to his South Shields home, members of the groups confronted him with cameras.

He was challenged about the sexual nature of the conversations, which included mention of condoms, but dismissed the vile chat as ‘just a laugh’ as he puffed on a cigarette.

And when they asked him why he had asked children to engage in sexual activities, he replied: ‘It was just chat.’

But for a month-and-a-half he had suggested meeting in the dark while speaking to what he thought was a 13-year-old and a 14-year-old. 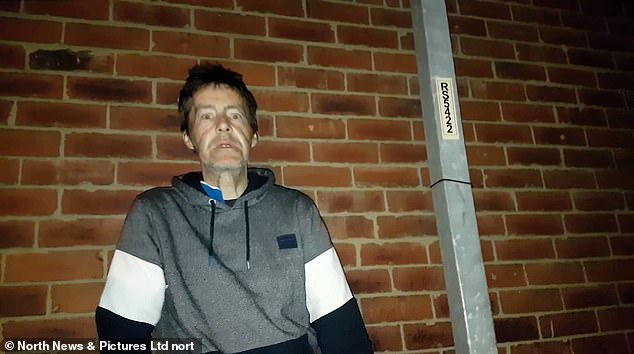 He admitted two counts of attempting the engage in sexual communication with a child at Newcastle Crown Court last month.

Beck was given a nine-month jail sentence suspended for 24 months for last summer’s offence. 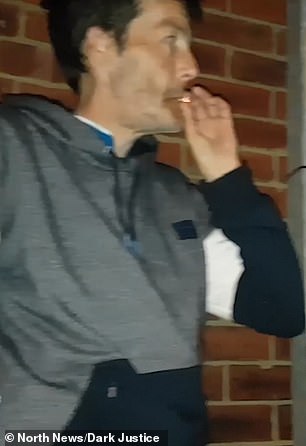 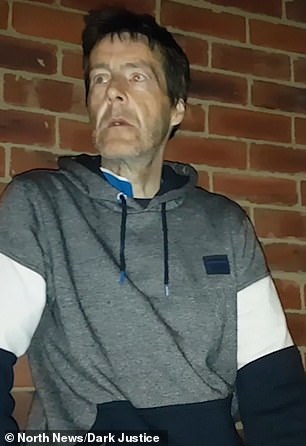 A Dark Justice spokesperson said: ‘This sentence is nowhere near harsh enough. He should have been locked up. It’s as simple as that. Next time he could arrange to meet an actual child and ruin a life forever.

‘He had been speaking to a number of profiles on the social media app Qeep for around a month and a half. 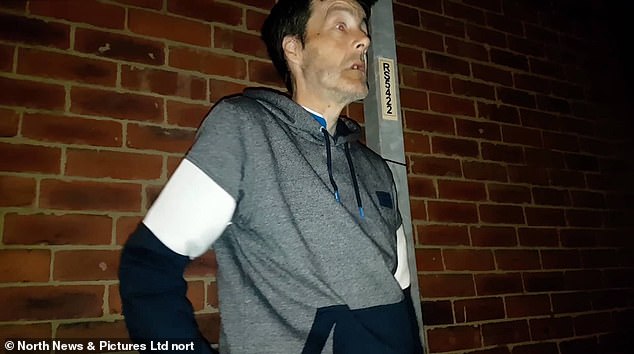 Beck (pictured) had been chatting to a number of profile on the app, the paedophile hunters revealed after confronting him

‘We had been speaking to him as a 13-year-old girl, and Guardians of the North as a 14-year-old.

‘Whenever we spoke about meeting he always suggested somewhere dark, in the middle of the night.

‘The night we met him it was very much a last minute thing. When we confronted him he didn’t seem worried. It was as though he thought he had done nothing wrong.’

Beck was required to take part in the Horizon programme, for sex offenders who are deemed to be a medium risk, and sign a 10-year sexual harm prevention order as well as pay a victim surcharge of £140.