THIS is the moment a monster 16ft great white shark was captured and tagged by marine experts.

The dramatic scenes were filmed just off the coast of Cottesloe Beach in Perth – with swimmers ordered to exit the water immediately. 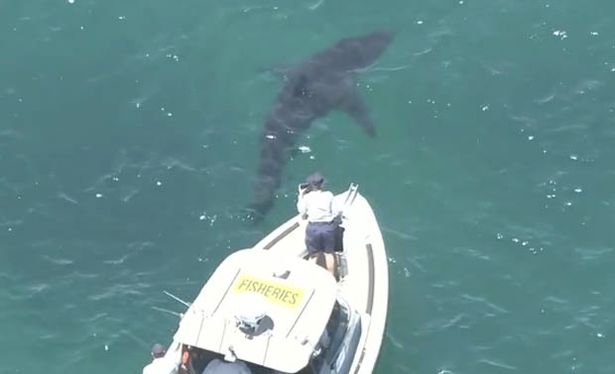 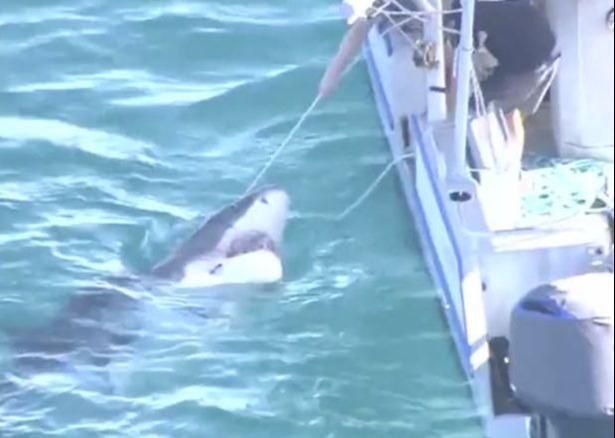 The popular bay was shut twice on December 11 as marine experts fought to catch and tag the beast.

At 5.3 metres, it is one of the biggest sharks ever recorded in the region, and just 10cm short of Western Australia's record sighting.

Impressive footage, shot by 9News, show the predator's sheer size from above.

The creature was eventually released safely.

In one dramatic picture, one expert can be seen placing his hand dangerously close to the shark's jaws to help free it.

The great white was first spotted by the Surf Life helicopter off the bay on the morning of December 11.

Just three minutes later the beach – after an alarm sounded across it – was closed and swimmers were evacuated from the sea.

Peter Godfrey, from the Department of Fisheries, said: "It's very rare to have such a big white shark so close to the metropolitan area."

Of the 100-plus shark attacks annually worldwide, up to half can be attributed to great whites – according National Geographic.

Most, however, are not fatal.

Experts say fatals are often cases of mistaken identity, where the predators believe swimmers and surfers are seals from below. 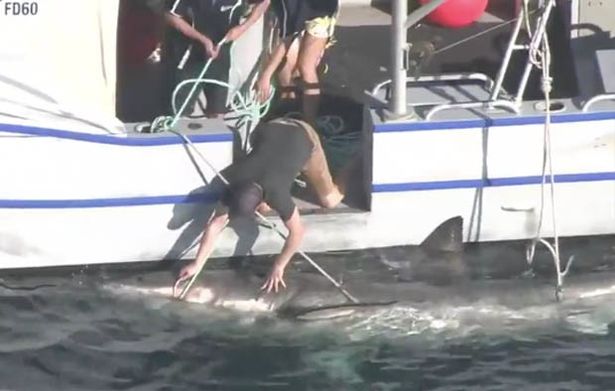 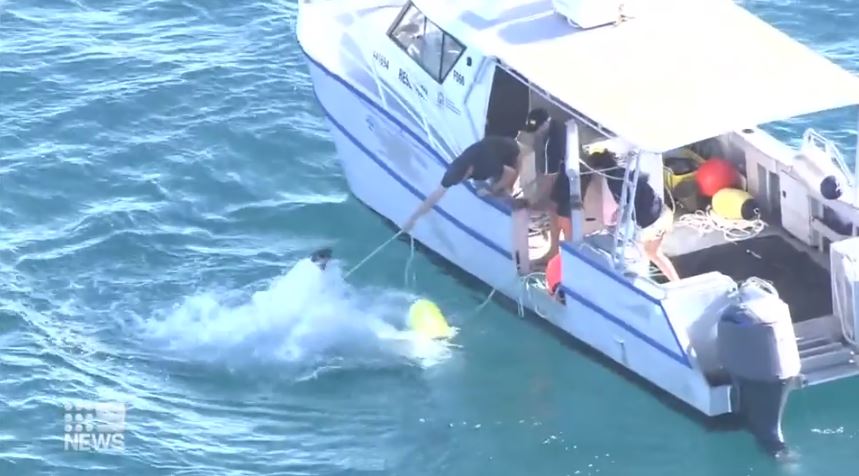