Footage has been released showing the moment a gunman who shot dead a have-a-go hero warehouse boss in a botched robbery is collared by police on a flight from Pakistan to London.

Tahir Zarif, 29, was convicted of murder today following the incident six years ago, and was arrested by British officers on the plane after being extradited to the UK.

The arrest took place in 2020 after Zarif had been on the run in Pakistan after fleeing the UK days after the attempted robbery over six years ago, with the footage released by police today.

Zarif shot 56-year-old Akhtar Javeed, who bravely tried to fight off two gunmen during a raid at his cash-and-carry, on February 3, 2016. 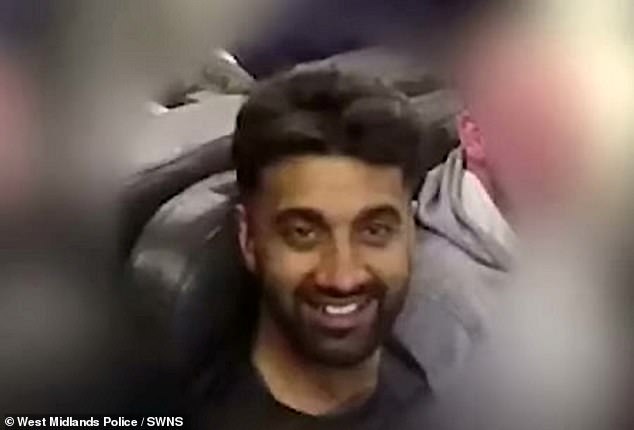 Tahir Zarif smiles at police officers as they board his flight from Pakistan to London Gatwick to arrest him on February 27, 2020 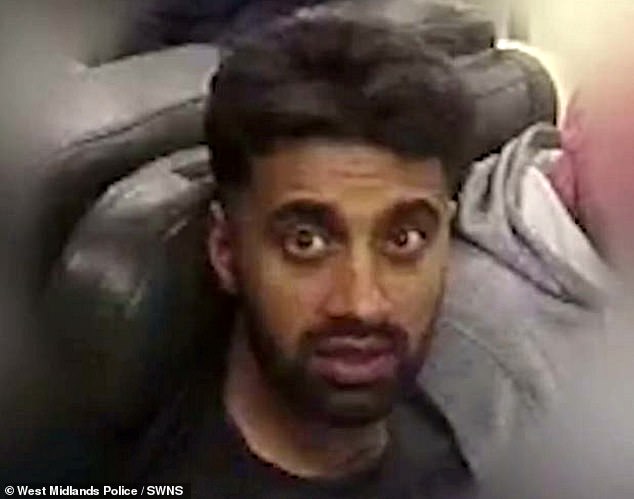 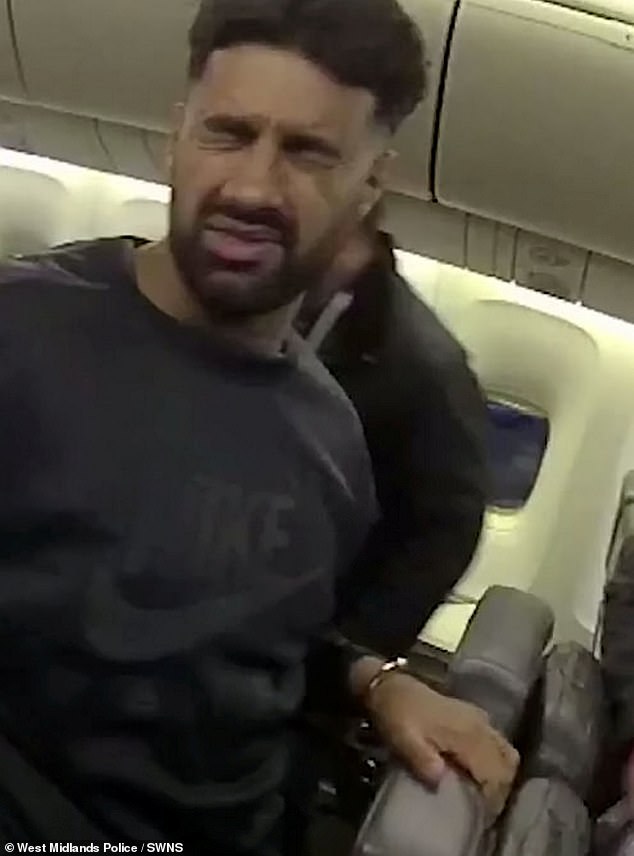 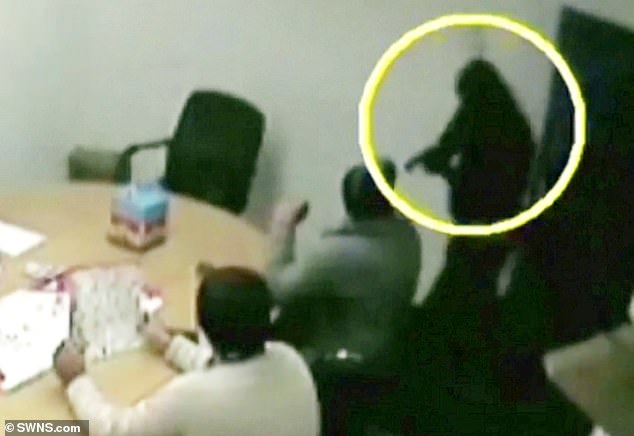 CCTV of Tahir Zarif as he ambushed the cash and carry just minutes before he shot Akhtar Javeed on February 3, 2016

Mr Javeed was tied up before he was shot in the foot, leg, throat and mouth as he made a break for the exit of the Direct Source 3 warehouse in Digbeth, Birmingham.

He collapsed in the street and died after choking on his own blood while the robbers escaped in a getaway car empty-handed.

Zarif fled the UK days after the killing but he was finally tracked down and detained by police in Mirpur, Pakistan, in January 2018, before being extradited in February 2020.

Zarif claimed he accidentally shot Mr Javeed twice in a struggle, but was found guilty of murder today.

He now faces being jailed for life when he is sentenced at Coventry Crown Court next Friday, December 9. 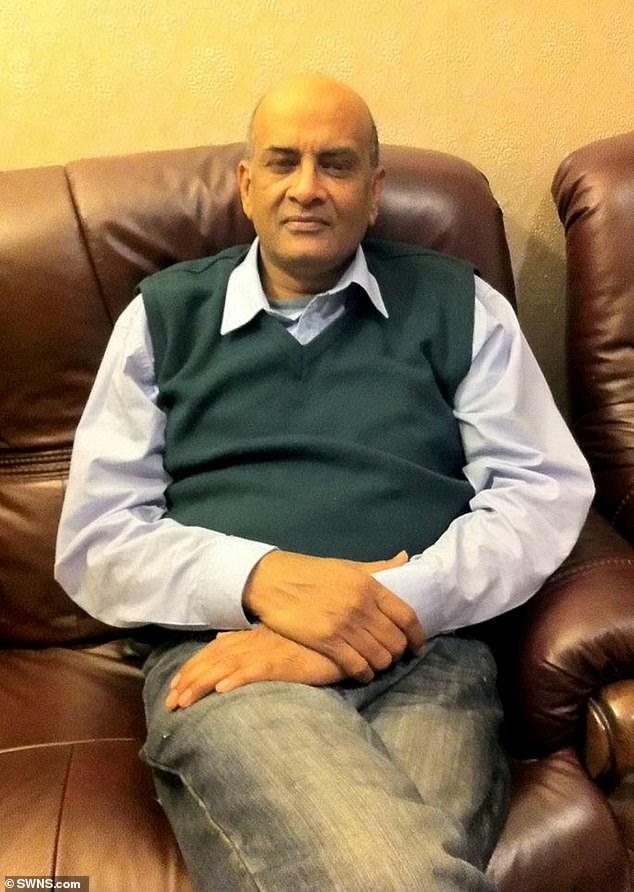 Akhtar Javeed, whose daughter described him as an ‘honourable gentleman’, was murdered by Tahir Zarif in a botched robbery in 2016 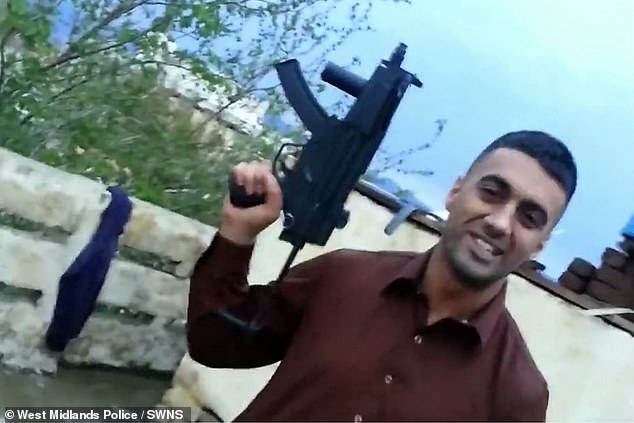 Tahir Zarif, who has been convicted of the murder of Akhtar Javeed in 2016, is pictured holding a machine gun in Pakistan in 2015 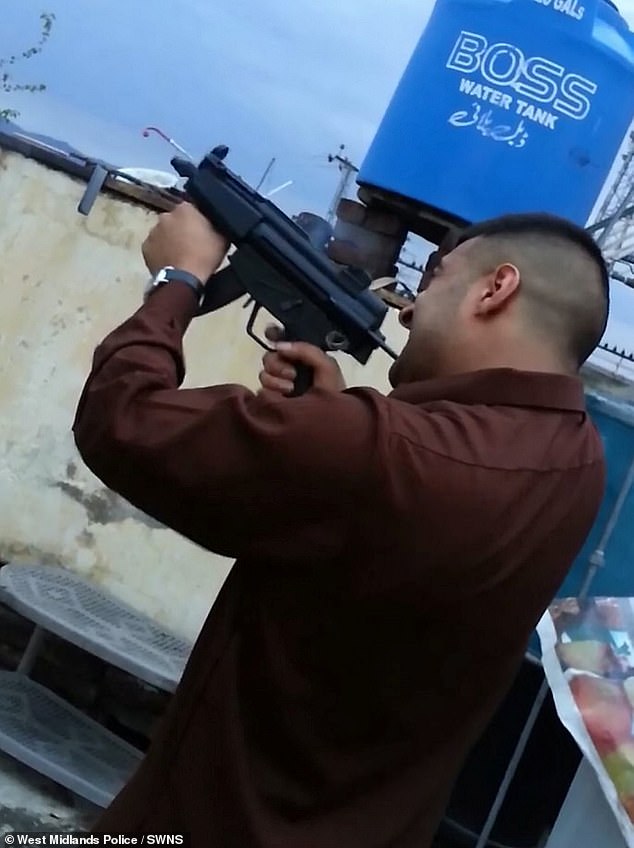 Tahir Zarif is pictured appearing to fire a machine gun in Pakistan in 2015, the year before an incident in which he shot to death a warehouse owner in Birmingham

The court heard the raid went horrifically wrong as the gang threatened Mr Javeed, whose daughter has described him as an ‘honourable gentleman’, and ordered him to give up the company’s takings.

While staff were held hostage at gunpoint, Zarif led Mr Javeed from the office into the reception, where he shot him in the leg as a violent warning to open the safe.

He managed to escape before stumbling across the car park to the pavement where he collapsed and died in a pool of his own blood.

Detectives trawled CCTV to trace the gang’s movements in the hours before and after the robbery, corroborating the images with mobile phone data and ANPR captures.

A jury heard in 2016 how one of the gang – a former disgruntled employee at Direct Source 3 – drew a plan of the warehouse so the robbers knew exactly where to go once inside.

Three men were jailed in September 2016 for a total of 40 years for their part in the armed robbery.

Suraj Mistry, 26, was jailed for 23 years for manslaughter, while Lamar Wali, 23, and Sander van Aalten, 54, were jailed for seven years and six years and eight months, respectively, for conspiracy to commit robbery.

Police worked with the National Crime Agency, CPS, Foreign Office, the British High Commission in Pakistan and the Pakistani authorities to track down the final suspect Zarif.

Detective Inspector Ranj Sangha, of West Midlands Police, said: ‘Despite most of the gang being jailed for this horrific crime back in 2016, we refused to rest until Zarif, who fired the fatal shots, was brought to justice. 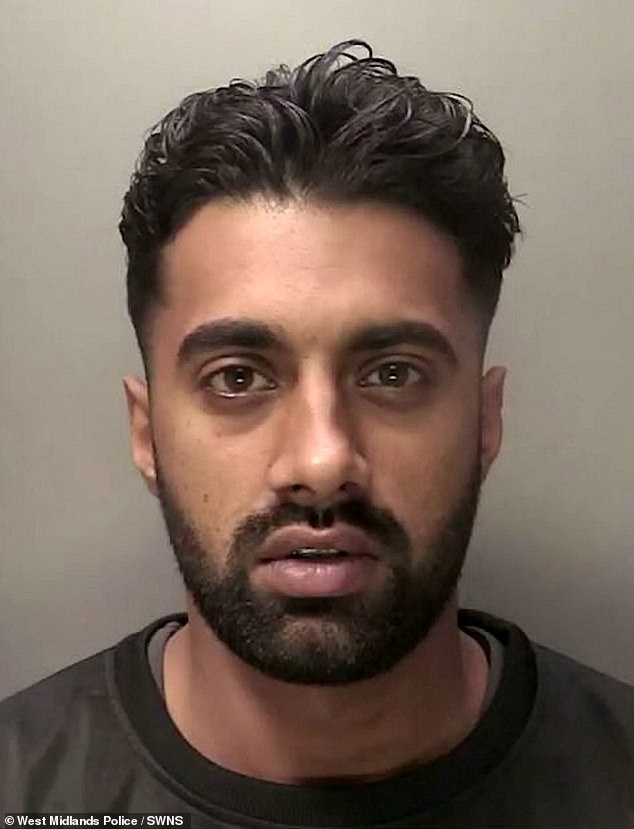 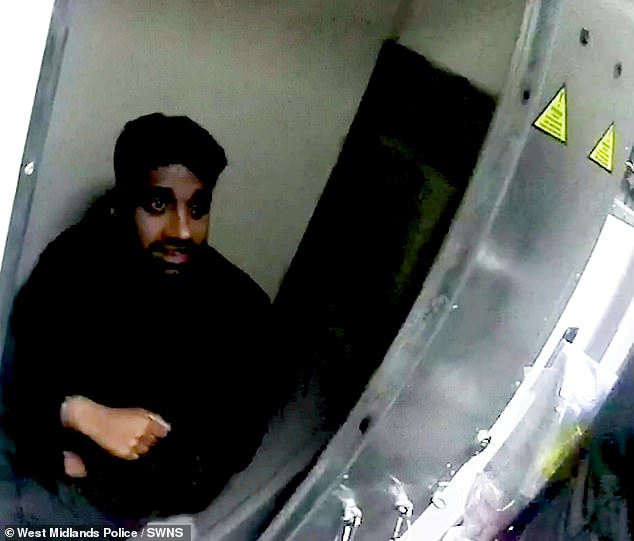 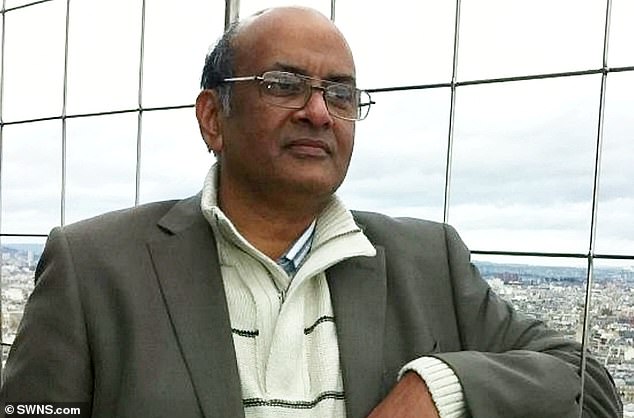 ‘Another man’s greed led to my father’s unlawful death’, said the daughter of Akhtar Javeed (pictured)

‘We worked really closely with partners in this country and in Pakistan to get this result, and I hope Mr Akhtar’s family can get some sense of closure from today.’

Speaking today, Mr Javeed’s daughter Lilas said: ‘It’s been six years and nine months since my father’s life was taken by Tahir Zarif. My father has been in our thoughts every day since.

‘Another man’s greed led to my father’s unlawful death. We are grateful to West Midlands Police for their hard work in ensuring justice is served.’