THIS is the shocking moment a sports reporter hits a fan with a microphone after she was allegedly groped live on air.

Maria Fernanda Mora was outside the Guadalajara stadium doing a piece to camera when a group of fans start chanting behind her. 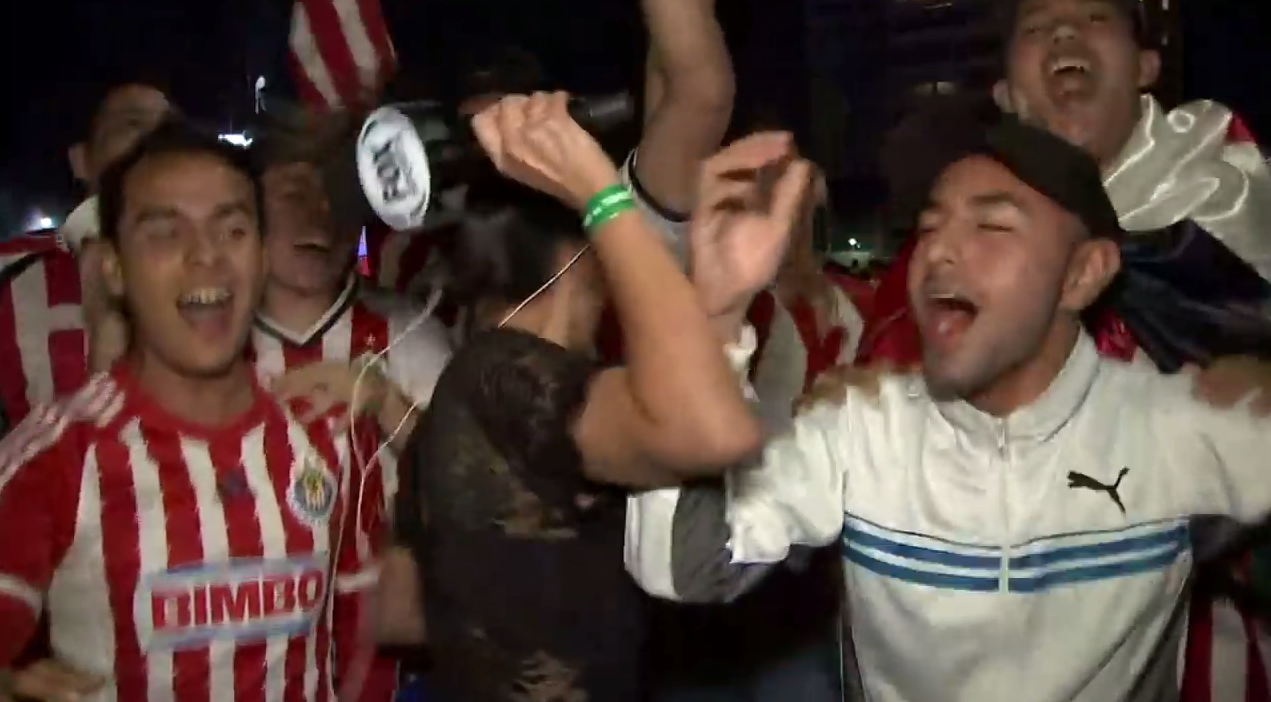 As she begins interviewing them, one of the supporters supporters apparently pinches the journalist from behind provoking a furious reaction.

Maria instantly swings around and begins battering the fan with her microphone as his pals stop chanting and watch on in shock.

As the video cuts out, Maria can be seen looking visibly upset as she walks off camera.

The reporter, who was discussing Guadalajara's win against Toronto last week, has since defended her reaction. 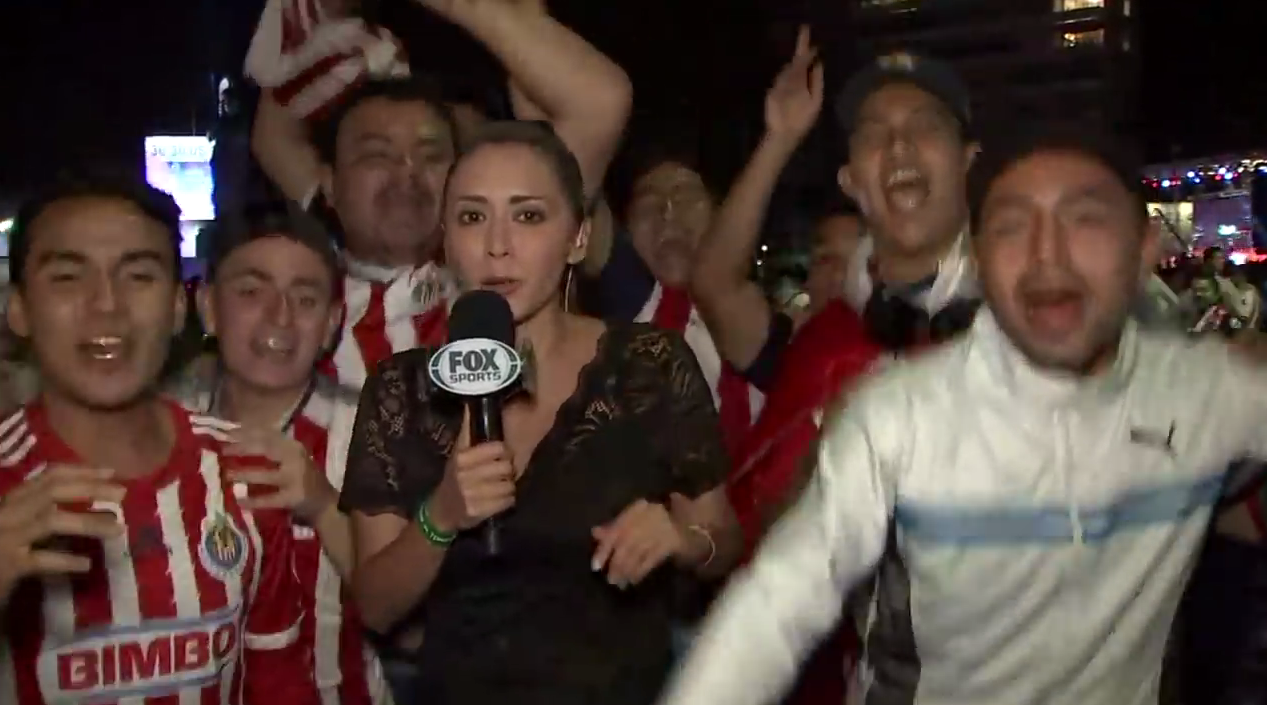 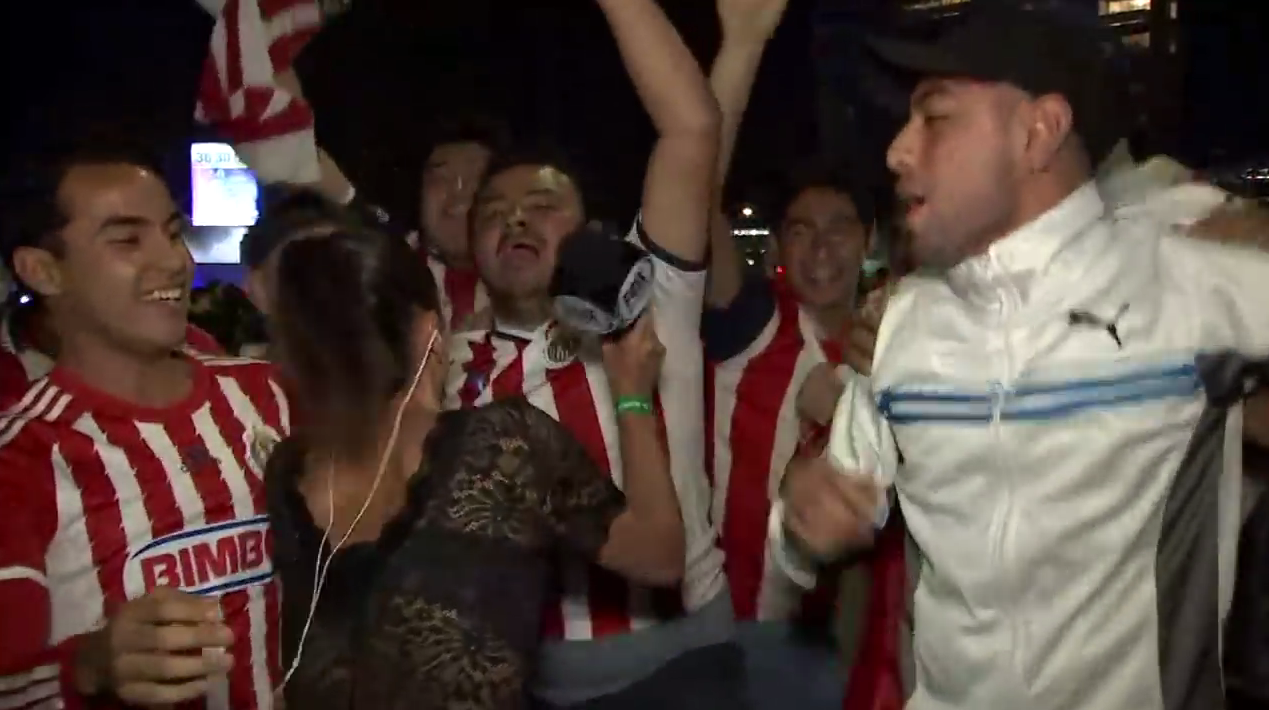 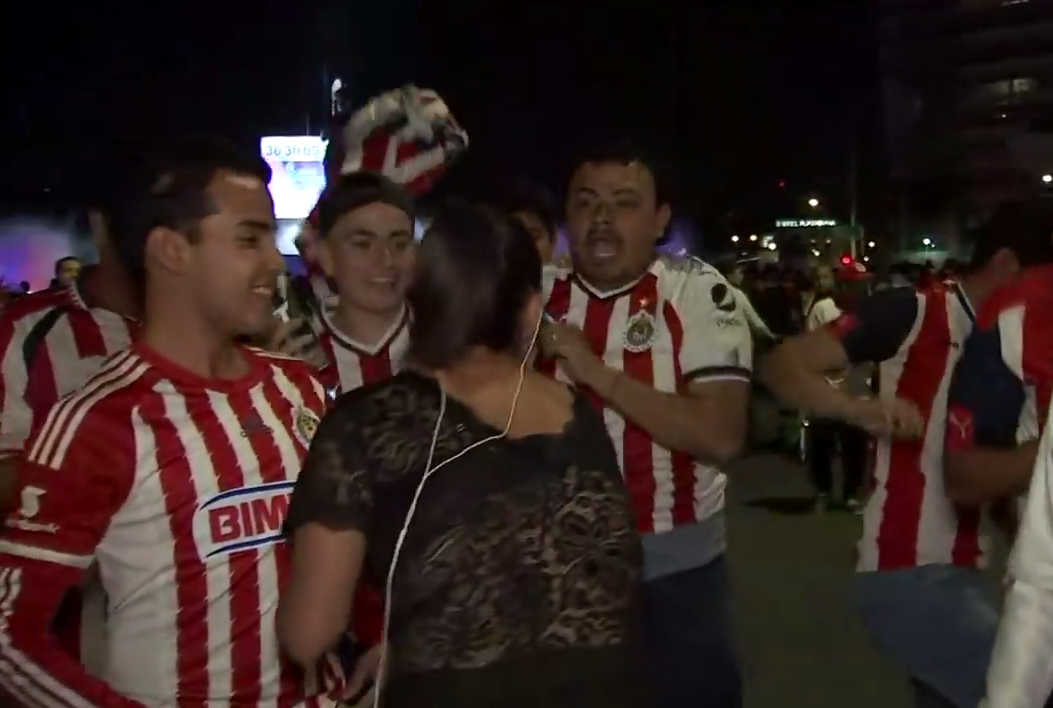 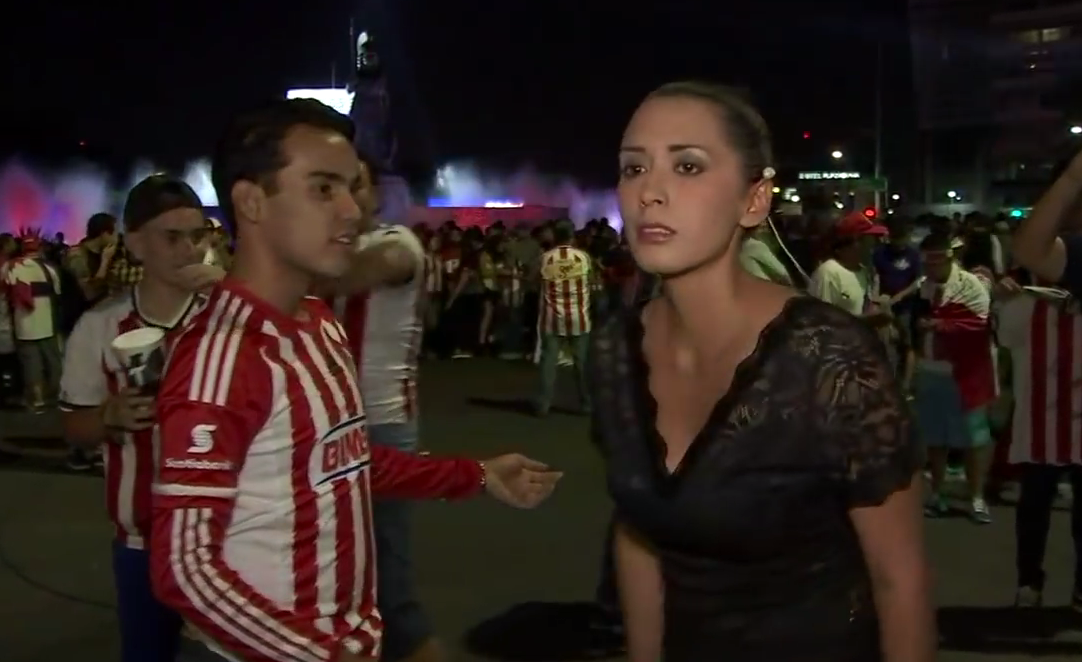 She said: "What happened to me at dawn on Thursday, happens to thousands of women every day in public spaces.

"The difference is that it happened to me during a live link on television and I decided to defend myself.

"My reaction is what turned the fact into something viral."

She continued: 'I thought, It could be an accidental rubbing because of people's pushing and I kept talking to the camera.

"This guy, emboldened because I did not react and kept doing my job, put his hand between my buttocks twice more. I decided to defend myself."

Several high profile presenters in Mexico have since come out to defend Maria on Twitter using the hashtag #UnaSomosTodas – meaning One Like Us All.