Looking for Goldilocks? Moment family discover three bear cubs exploring their kitchen and eating out of the trash can

A terrified mother and her children returned home to find four black bears in their house – after they left the backdoor open.

Stunning video shows three cubs rolling around the family’s kitchen and eating out of the trash can before one clambers into the sink and two others dash to a closed glass door.

The cubs try to climb up the glass at the home in Anchorage, Alaska, to escape before one manages to push the door ajar.

The mother bear – who was waiting outside – had also been in the house, but she fled via the front door. 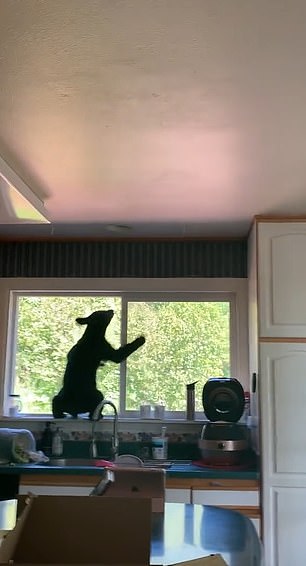 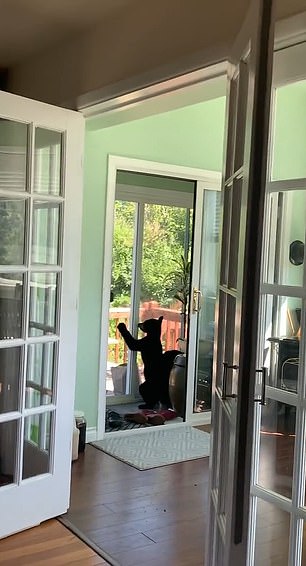 This is the astonishing moment a family comes home to find three black bears inside their house in Anchorage, Alaska. Two bears were by the door (right)

The nail-biting clip reveals the cub in the sink knocking over cutlery before it runs to join its siblings at the backdoor.

When they manage to open it they dash onto some wooden decking and scramble over the railings to their mother, before dashing back into the undergrowth.

A woman, who is thought to have been taking the footage, can be heard shouting at the animals as they run for cover.

The family’s mother had closed the backdoor when she came in, unwittingly trapping the bears.

‘As soon as she went into the kitchen, she spotted three other black cubs digging out stuff from our trash cans and sink area,’ said the recorder.

‘My mom immediately ran downstairs and left through our front door. 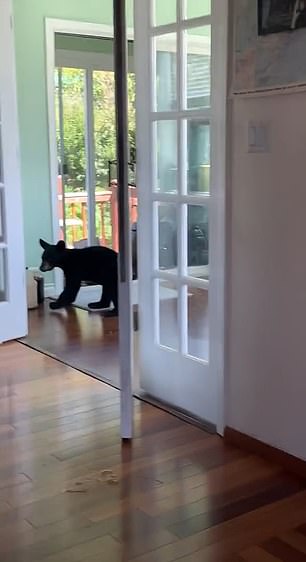 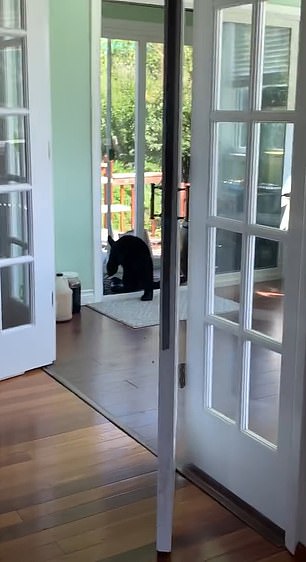 The two bears by the door were eventually joined by the one in the sink. Their mother had darted out of the house when she heard the humans, leaving her babies behind 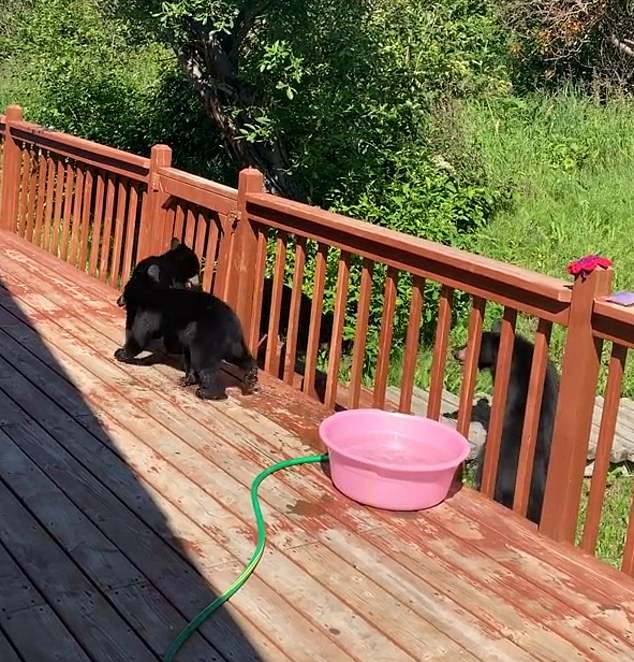 After scrambling around the three cubs managed to push a door open and run outside. Their mother had been waiting for them next to the wooden decking

‘Eventually, the cubs found a way to re-open our sliding door and re-unite with their Mama Bear.’

The Alaskan government advises residents not to approach or crowd bears and respect their ‘personal space’.

It also recommends keeping food, garbage and other attractants out of reach of bears. In cases where someone comes into contact, however, they say the person should remain calm, stand their ground and ready their deterrent.

The clip was filmed on 23 July.