Rush-hour traffic was disrupted for several minutes as the two men began exchanging blows outside a police station in Galway, Ireland, on Friday. 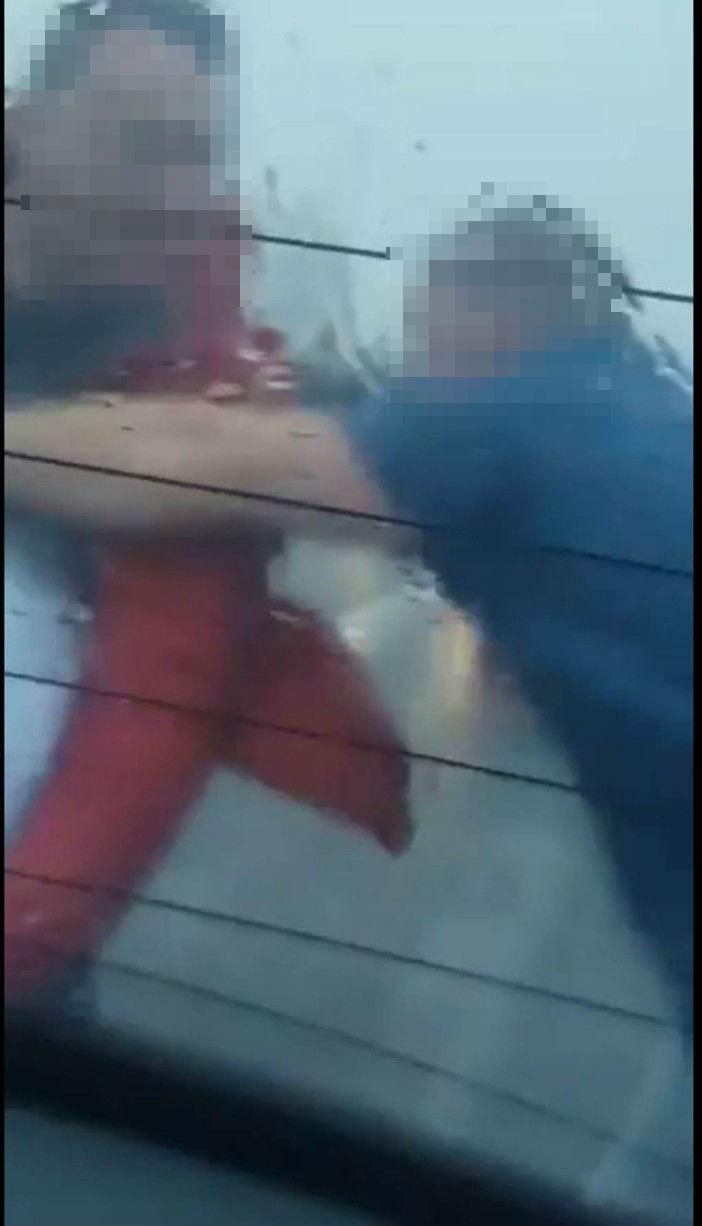 Several young children witnessed the fight from the back seat of the car as the men grappled with each other on the ground.

Police attended the scene shortly afterwards and an investigation is under way.

Disturbing video of the brawl – filmed just yards away from the new divisional Garda headquarters in Dublin Road, Renmore – was widely shared on social media, quickly racking up more than 100,000 views.

It shows the driver pulling up in front of a parked car in a bus lane and then getting out before trading vicious blows with a man seen exiting the other vehicle, as the children watch through the rear window. 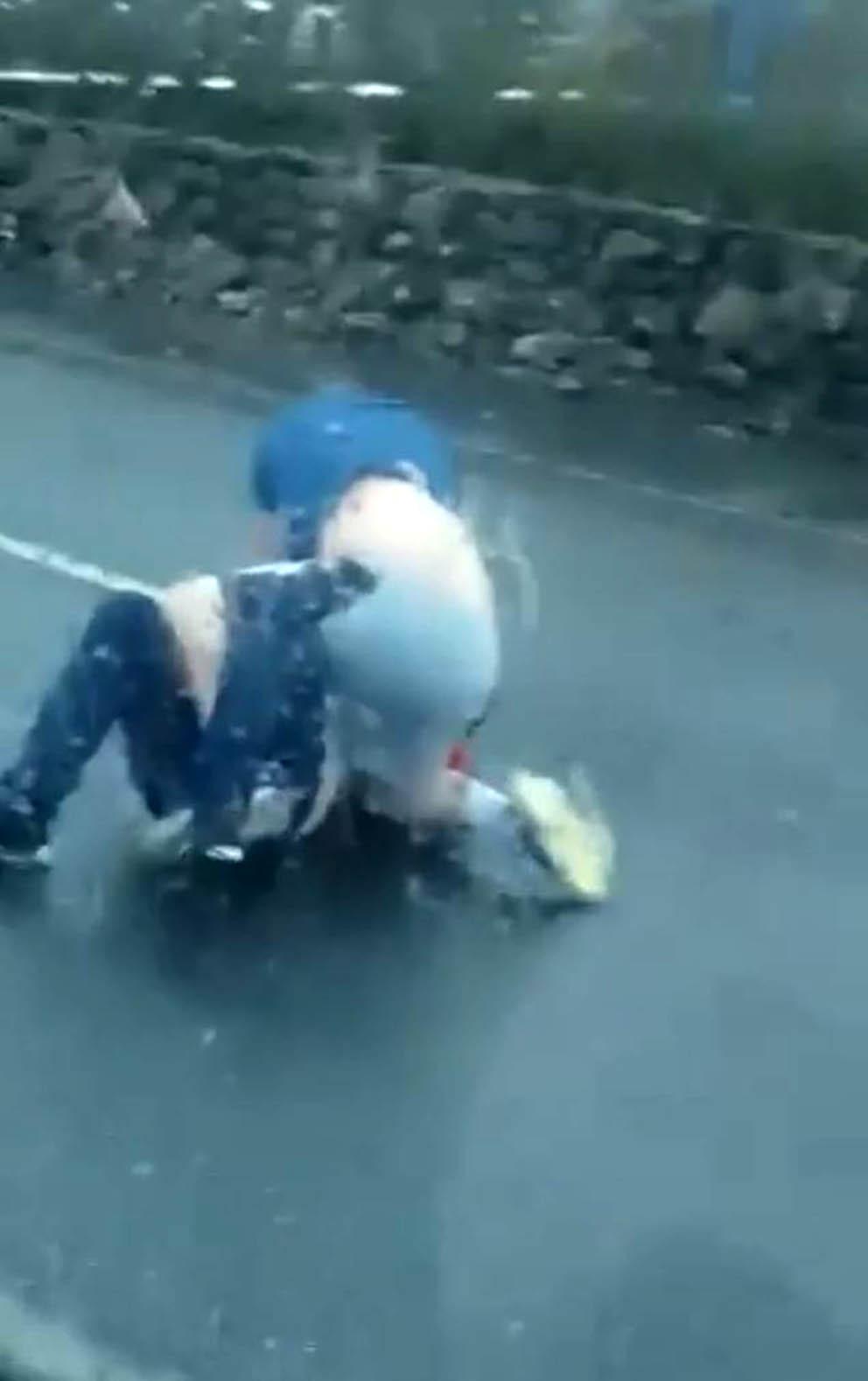 The raging dad knocks down his rival and an older boy is heard shouting: "Yes, daddy. Go on, dad. Come on, my father."

He lifts him up and puts him in a headlock as the other man desperately punches him in the ribs in a bid to get free.

The fight then spills into the street, forcing cars to stop as the dad pins his rival to the tarmac and punches him repeatedly in the face.

Viewers on social media blasted the fact the children were allowed to witness the violence. 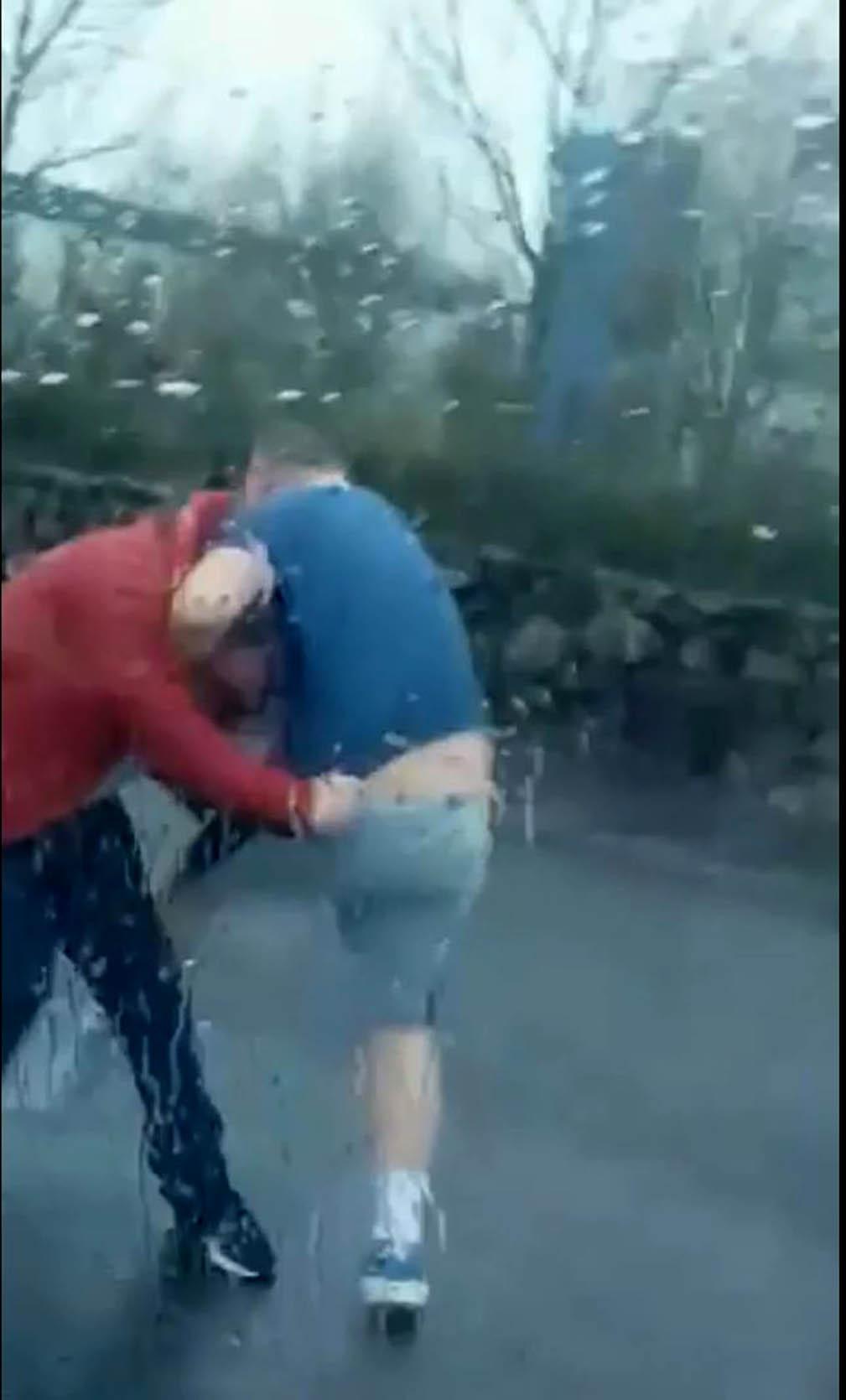 Alison Jane said: "Do what you've gotta do but my God, so wrong in front of the kids. Disgraceful."

Robbie Reid wrote: "No respect for themselves, or anyone."

Gardai confirmed they are investigating the incident.

In a statement, they said: "Gardai in Galway are investigating an incident (an altercation) that occurred at Dublin road, Galway on November 2, 2018 at approximately 2.10pm.

"Gardai are appealing for witnesses or anyone with information to contact them at Galway Garda station on 091 388030. No arrests at this stage."