LAURA Kuenssberg was tonight caught moaning about Boris Johnson as he failed to answer her question about summer holiday hopes.

The BBC reporter asked the PM when Brits would be able to go on holiday during tonight's coronavirus briefing – after Grant Shapps played down the prospect earlier today. 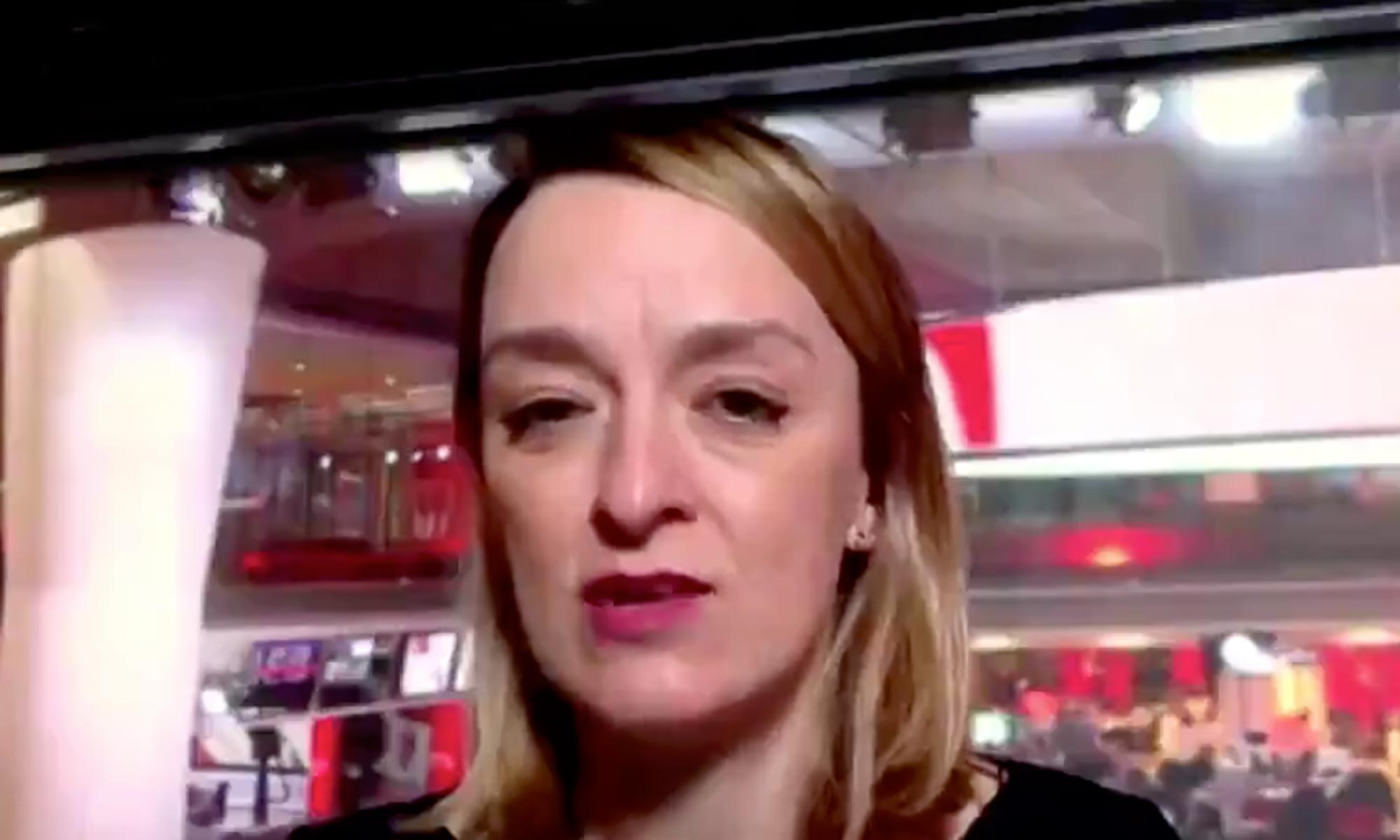 Boris dodged the question, but said he hoped to give people a clearer answer later on.

He said: "Well, as you know, everybody knows it's currently illegal to go on holiday.

"That's the state of play at the moment, we're looking at the data, every day, on Monday we'll be able to say a little bit more about where we are, where the data is."

When the PM offered another journalist the floor on Zoom, the camera switched to Laura, who could be heard mumbling: "Err, he didn't answer the question."

In response to the BBC's question about holidays, the PM said he will be "setting out the roadmap" in the week of February 22.

He added: "I hope that we'll be able to give some clarity to people there.

"I am afraid it is just too early for people to be certain about what we will be able to do this summer.

"We hope to be able to say more in the week of the 22nd when more comes in, and how the vaccine is working on us all.

"We are just going to have to be a bit more patient."

It came at exactly the same time as Matt Hancock told MPs at the 1922 committee he'd already booked his summer break in Cornwall for this summer.

Boris also confirmed the Government is involved in speaking with travel firms about an app which will allow people to go on holiday – and prove they will have had the vaccine.

Despite ministers insisting that they had no plans for a vaccine passport here, the PM admitted that apps were an option for flying abroad.

At least one company has come out to say they are in advanced discussions with ministers about it.

The PM said tonight: "When we're in that different world, all kinds of apps and possibilities will be open to us."

Earlier today Transport Secretary Grant Shapps warned that the vaccine rollout will affect the start date of holidays and he didn't want to "raise people's hopes" they could definitely go away on holiday.

He said: "It is a fact that right now it is illegal to leave your home to go on holiday. At the moment that is off the cards."

Speaking on BBC Breakfast, Mr Shapps said travelling abroad would depend on "everybody having their vaccinations” in the UK – and potentially abroad.

When asked if travel restrictions will stay in place until everyone has had a vaccine, he said: "Yes." 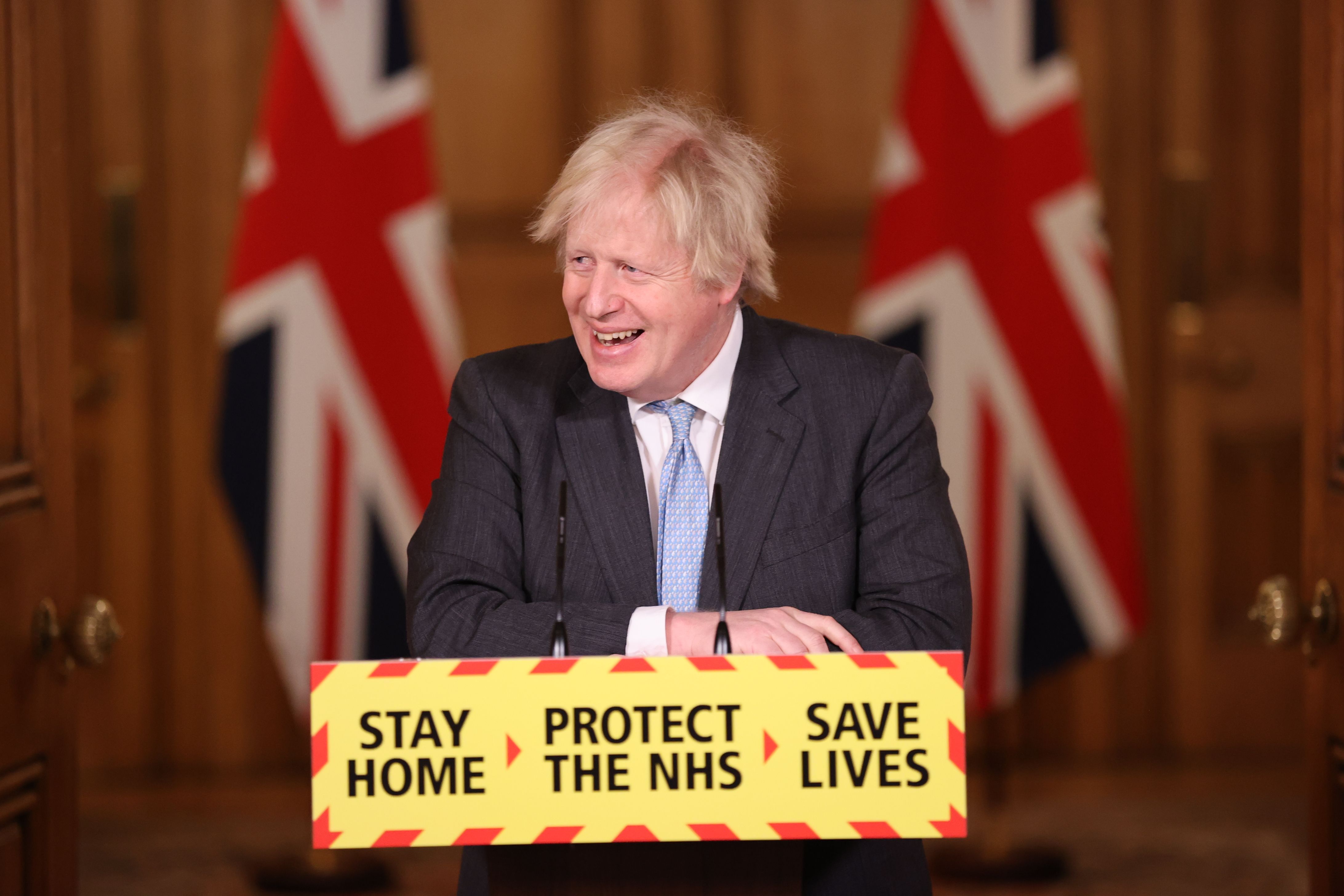 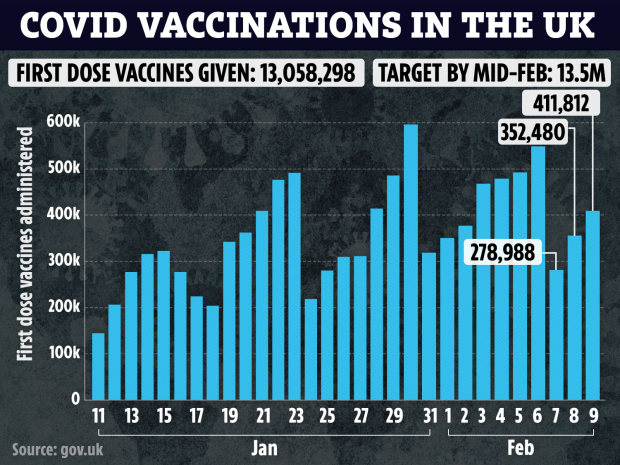 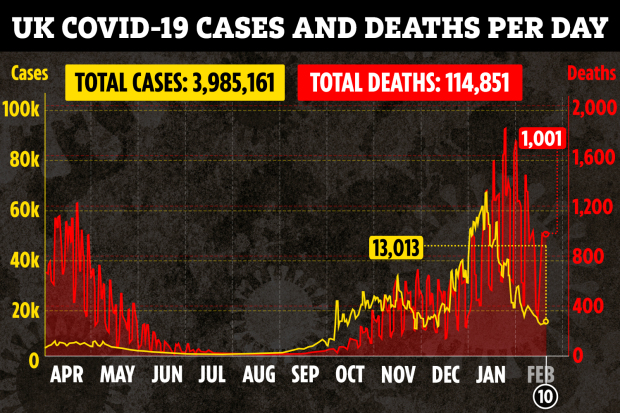