This is the amazing moment a determined bald eagle manages to pluck a duck from the surface of a lake.

A man standing on the shoreline filmed the scenes as the eagle flew about 30 feet above lake as a flock of ducks paddled together in Dale Hollow Reservoir in Tennessee, USA.

A witness said: ‘I was on a fishing trip with some buddies at Dale Hollow. As we watched the eagle stalk the duck for about an hour with a few failed attempts and then he finally got one and flew off.’

According to a witness, the eagle had been stalking the ducks for an hour. The ducks could not fly off to escape the eagle as the raptor would easily be able to intercept the slower birds in the air. 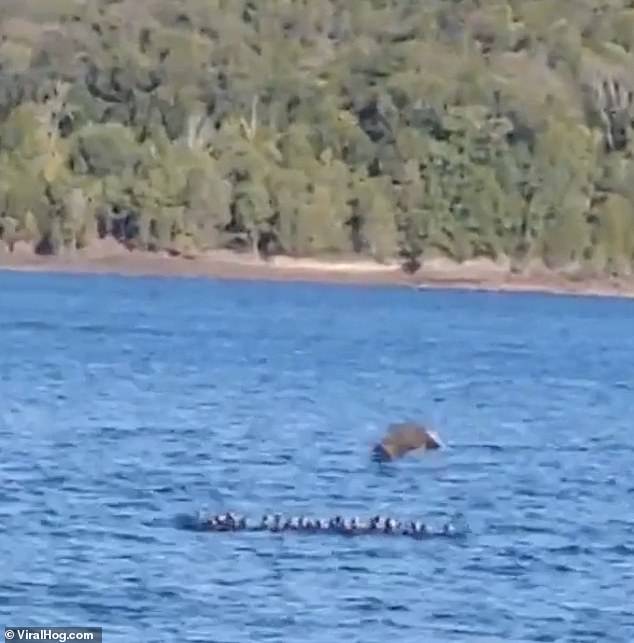 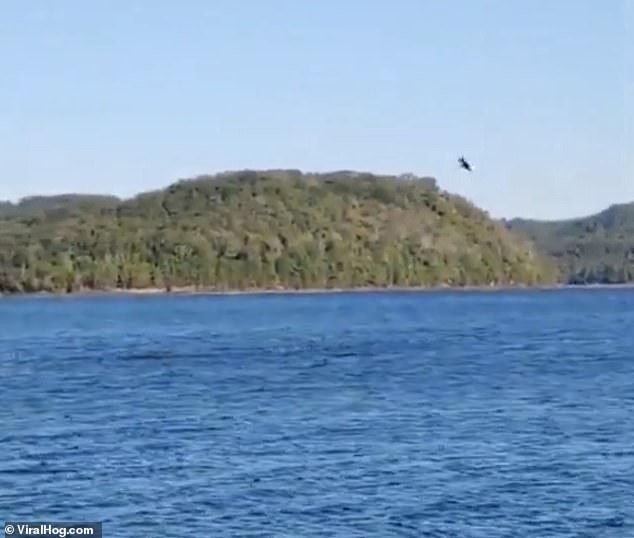 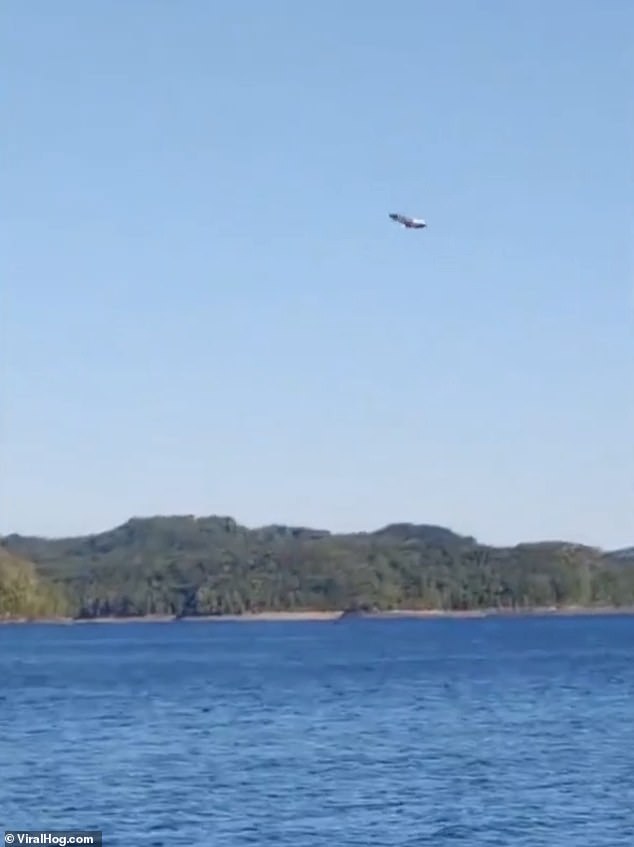 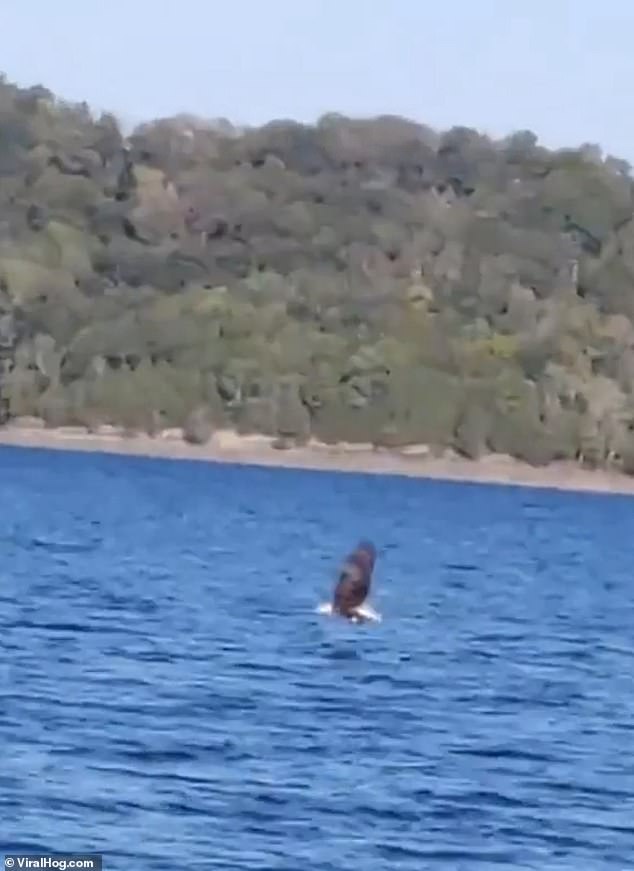 One of the ducks became separated from the rest of the flock and was quickly tracked down by the eagle.

After a number of seconds, the powerful eagle flapped its wings and became airborne with the doomed duck secured held in its talons.

The eagle flew flow over the water tracking towards the edge of the lake.