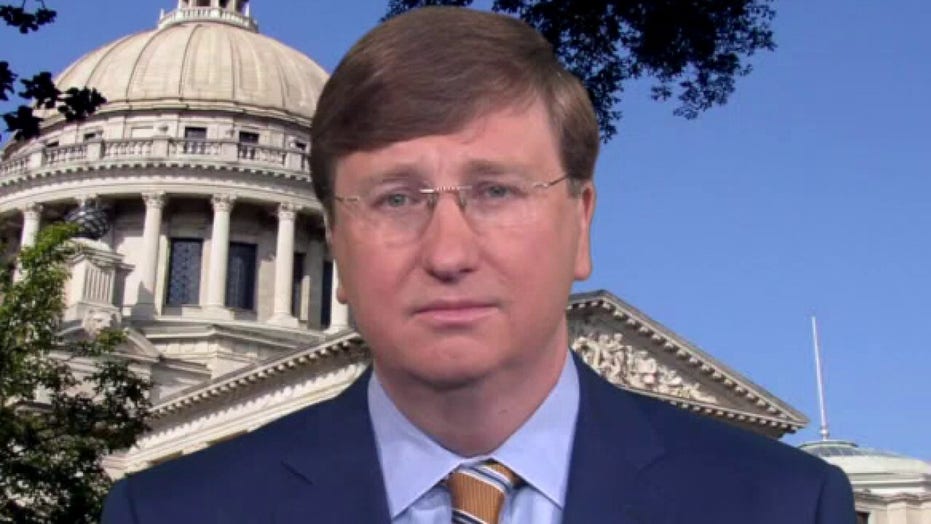 Mississippi Governor Tate Reeves tells ‘The Daily Briefing’ he’s focused on ensuring Mississippians are ‘proud to move the state into the future.’

The five final designs for a new, more progressive Mississippi state flag were unveiled on Tuesday.

Three have a magnolia blossom, the fourth has a magnolia tree and the final design has a shield that has wavy lines representing water.

Four of the designs are mostly or entirely red, white and blue. One has a white magnolia tree on a blue background. Most have stars to acknowledge Mississippi as the 20th state. Each includes one star made of five diamond shapes to showcase the state’s Choctaw history.

A nine-member commission will choose the final design Sept. 2. 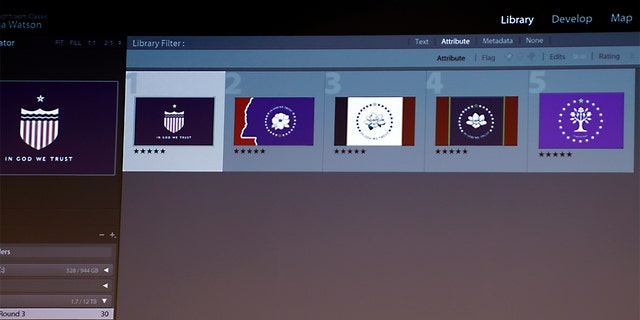 Nearly 3,000 residents submitted new flag designs after the state Legislature voted in June to remove the Confederate battle emblem from the flag and put a new design on the November ballot.

Legislative leaders said for decades that they could not get enough support from the populace to create a new flag, but momentum shifted rapidly after Minneapolis police killed a Black man named George Floyd and protests against racial injustice happened across the U.S., including outside the Mississippi Governor’s Mansion.

The final push to change the flag came from business, education, religion and sports leaders.