A clouded leopard on the loose at Dallas Zoo has been found safe after it was intentionally released from its enclosure, police have said.

Sergeant Warren Mitchell confirmed Nova was cut out of her cage as they launched a criminal investigation and an urgent hunt. The big cat was found later in the day on zoo property, the largest zoo in Texas announced Friday afternoon.

‘We are thrilled to report we located clouded leopard Nova on-grounds at the Zoo this afternoon at approximated 4:40 p.m. She was first seen very near the original habitat, and teams were able to safely secure her just before 5:15 p.m.

Initial indications are she is not injured. She is being evaluated by our veterinary staff right now. We’ll provide further updates on her status tomorrow.’

NBC Dallas Fort Worth reported that zoo employees could be seen lifting a heavy white bag in a wooded area of the grounds around 5 pm. Officials have not said what was in the bag. 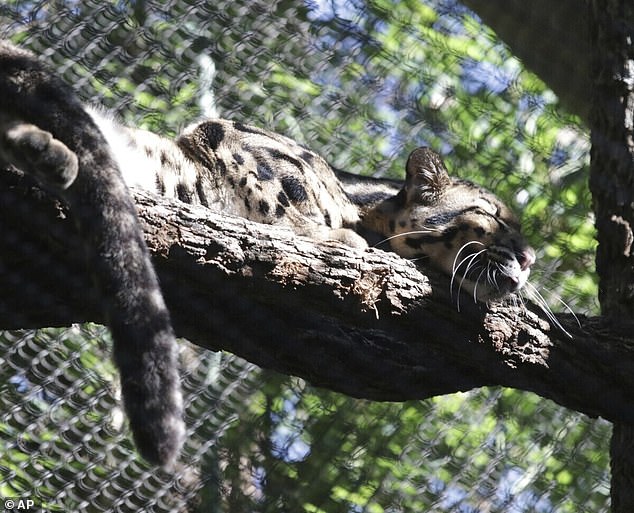 Officials initially feared the rare beast could be out in the community but were unsure whether she was stolen or not.

They earlier said they believed the leopard – who is up to 25lbs – was not dangerous and originally thought she was hiding on the site, a theory that proved correct.

The clouded leopard, which is medium sized, lives in forests of South East Asia.

Found in the wild in southern China, Myanmar and Malaysia, adult clouded leopards typically weigh between 30 and 50 pounds (14 to 23 kilograms).

The secretive cats have a very long tail with relatively short legs and large paws.

They eat birds and mammals such as monkeys, deer and porcupines, and are, in turn, prey to human hunters who prize them for their pelts.

Sergeant Mitchell said: ‘It is our belief that this was an intentional act.’

The zoo tweeted that Nova being missing was a ‘serious situation,’ but Edell said the animal posed no threat to humans.

‘If anything, she’s real nervous and afraid of people,’ Edell said.

He did not say how the animal escaped its enclosure, but caretakers had discovered a tear in the mesh of the enclosure, Fox29 News reported.

Another clouded leopard at the zoo, Nova’s sister named Luna, was still in its enclosure, officials said.

They said Nova is very attached to her sister and her territory, and expects the animal did not go very far.

‘At this point, we’ve spent much of the morning searching zoo grounds and we continue to hunt for her.

‘It is working to our advantage that it is winter so there’s not a lot of tree cover right now. So that’s going to make it a little bit easier for us to find her,’ he said.

On Friday, the Texas zoo tweeted they were closed due to a ‘serious situation.’

‘We have an ongoing situation at the Zoo right now with a Code Blue — that is a non-dangerous animal that is out of its habitat,’ the zoo posted in a tweet.

‘One of our clouded leopards was not in its habitat when the team arrived this morning and is unaccounted for at this time.’

Officers from the Dallas Police Department were assisting in the search  using infrared drones that Edell said was a helpful tool for searching in the trees. 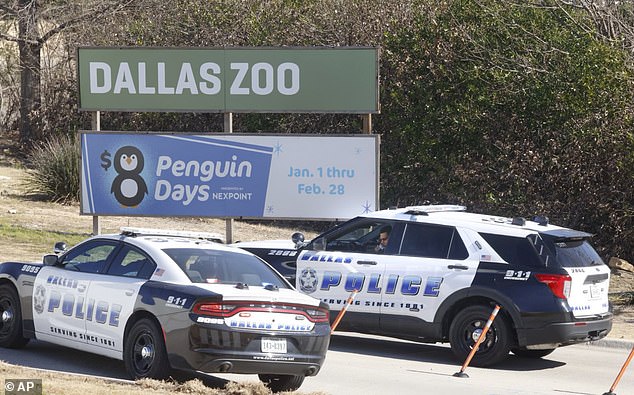 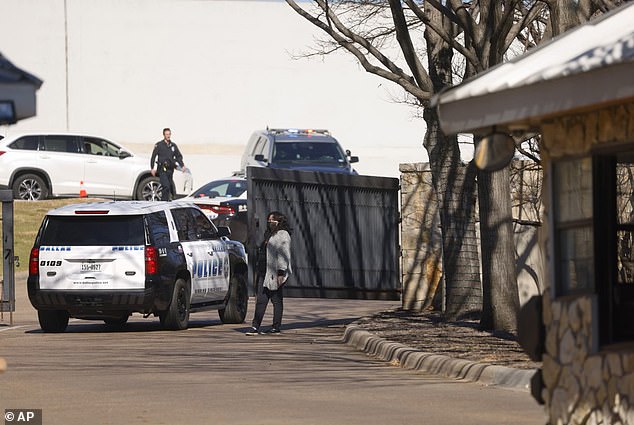 The zoo tweeted that the missing cat, named Nova, was a ‘serious situation,’ but Edell said the animal posed no threat to humans. Police have now joined the search for the cat

Animals have escaped enclosures from the Dallas Zoo before. Most notably was in 2004, when a 340lb gorilla named Jabari jumped over a wall and went on a 40-minute rampage that injured three people before police shot and killed the animal.

The leopards are categorized as ‘vulnerable’ due to its habitat loss and poaching, according to the International Union for the Conservation.

There are 10,000 clouded leopards in the wild across southeast Asia. They are the smallest of the big cats in stature and typically weigh between, 24 and 44 pounds.

Dallas Zoo posted a video about Nova and Luna in March last year, in which zoologist Lisa Van Slett explained they had been moved to Dallas after being born at Houston zoo.

They were re-homed in the former primates’ habitat at Dallas, which Van Slett says needed new perching, ‘uprights’ and platforms to encourage the arboreal cats’ natural behavior of spending most of their time up in the treetops.

Speaking six months after the cats moved in, Van Slett described Luna as being ‘a lot more comfortable’ in her new surroundings, saying: ‘She warms up a lost faster to the people around her.’ 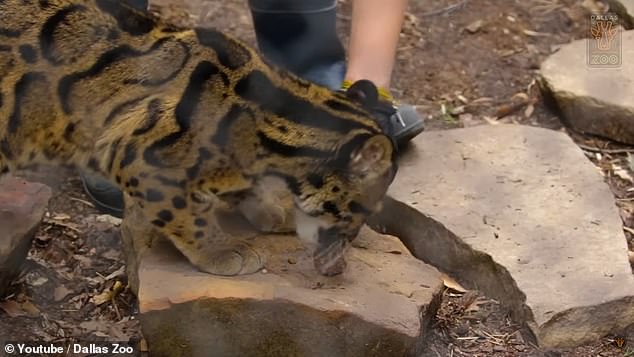 Dallas Zoo posted a video about Nova and Luna in March last year, in which zoologist Lisa Van Slett explained they had been moved to Dallas after being born at Houston zoo