MIKE Pence declared “I didn’t feel a thing” after getting the Pfizer Covid vaccine live on TV today to boost confidence in the jab.

The vice-president hailed the "medical miracle" after becoming the highest-ranking member of the US government to receive the vaccine at the White House. 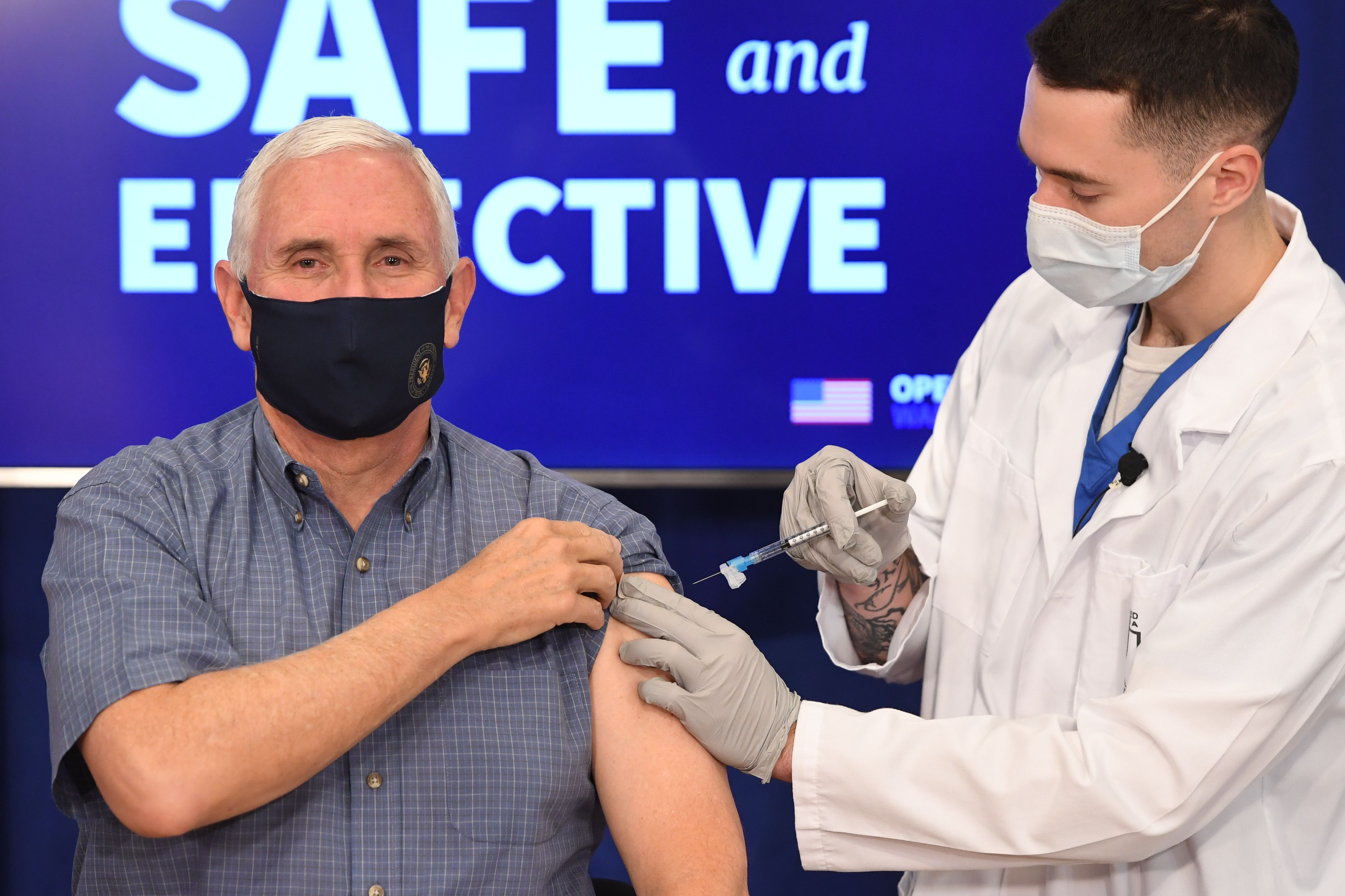 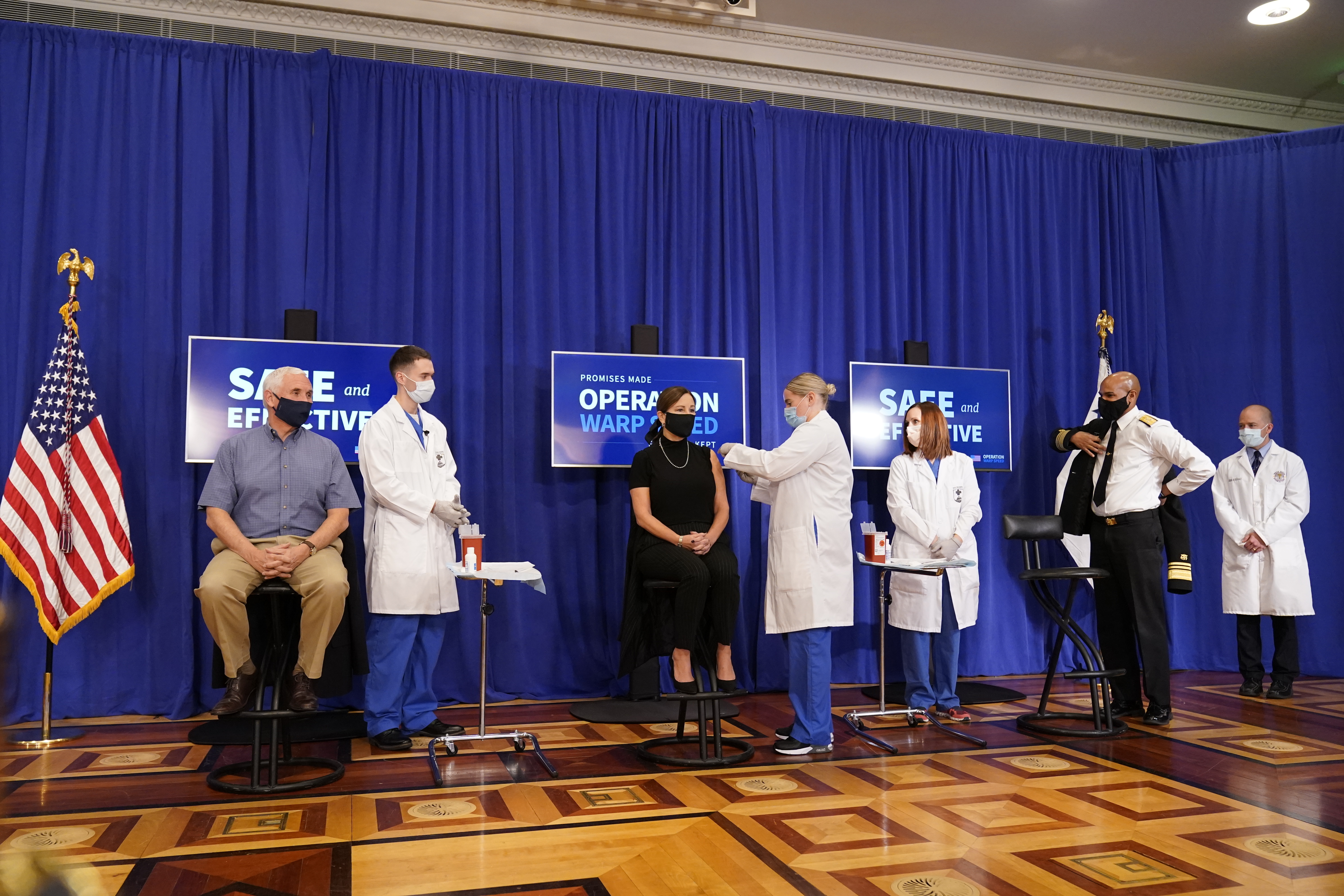 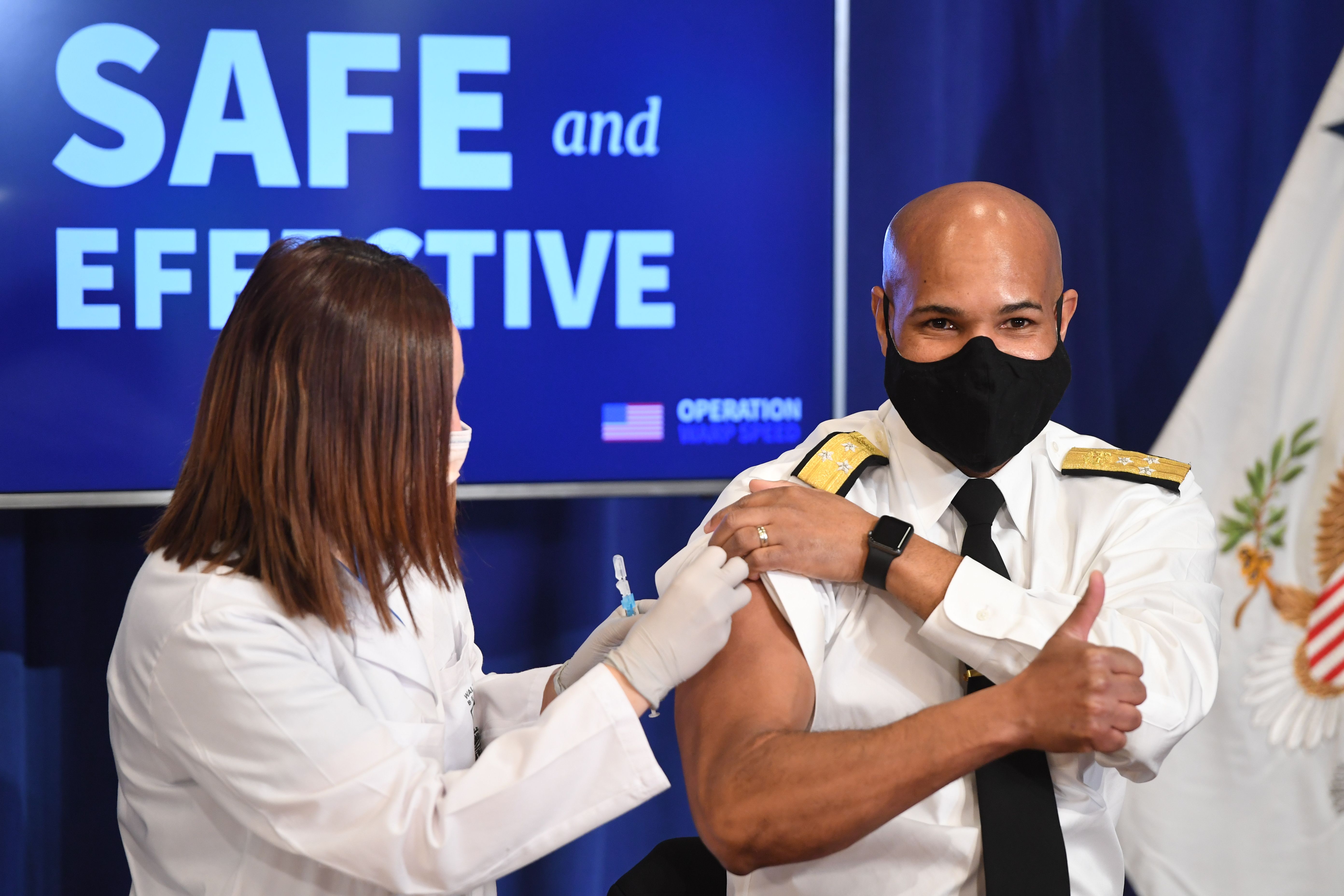 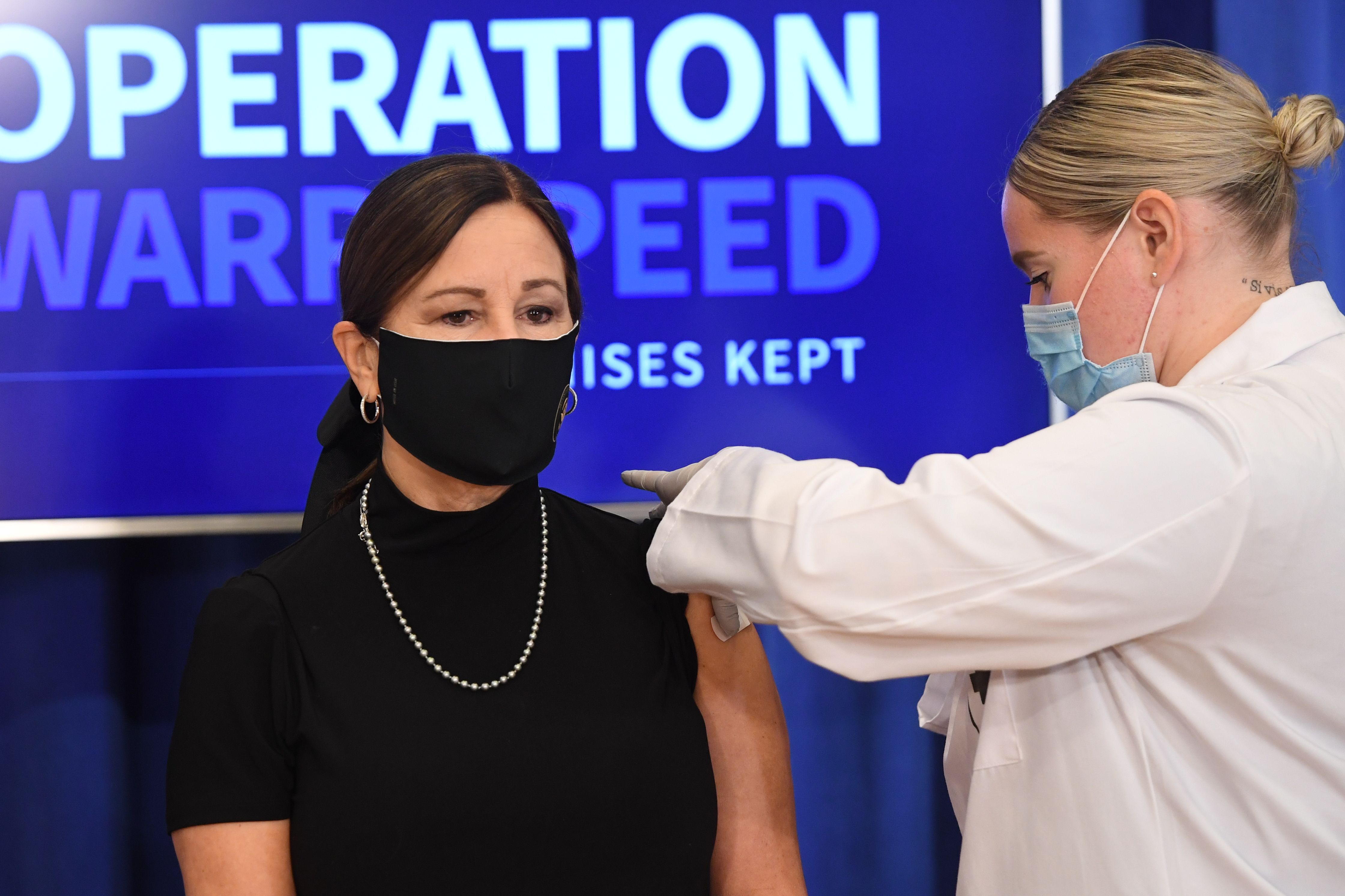 The Second Lady of the United States, Karen Pence, also got the Pfizer-BioNTech Covid-19 vaccine shot, along with Surgeon General Jerome Adams.

Pence spoke after getting vaccination in White House's Eisenhower Executive Office Building – where he praised the vaccine as a "medical miracle."

Following the vaccination in his left arm, Pence said: "I didn't feel a thing! Well done!"

A staffer with the Walter Reed National Military Medical Center administered the shot as Pence, wearing a buttoned down T-shirt and mask – looked away. 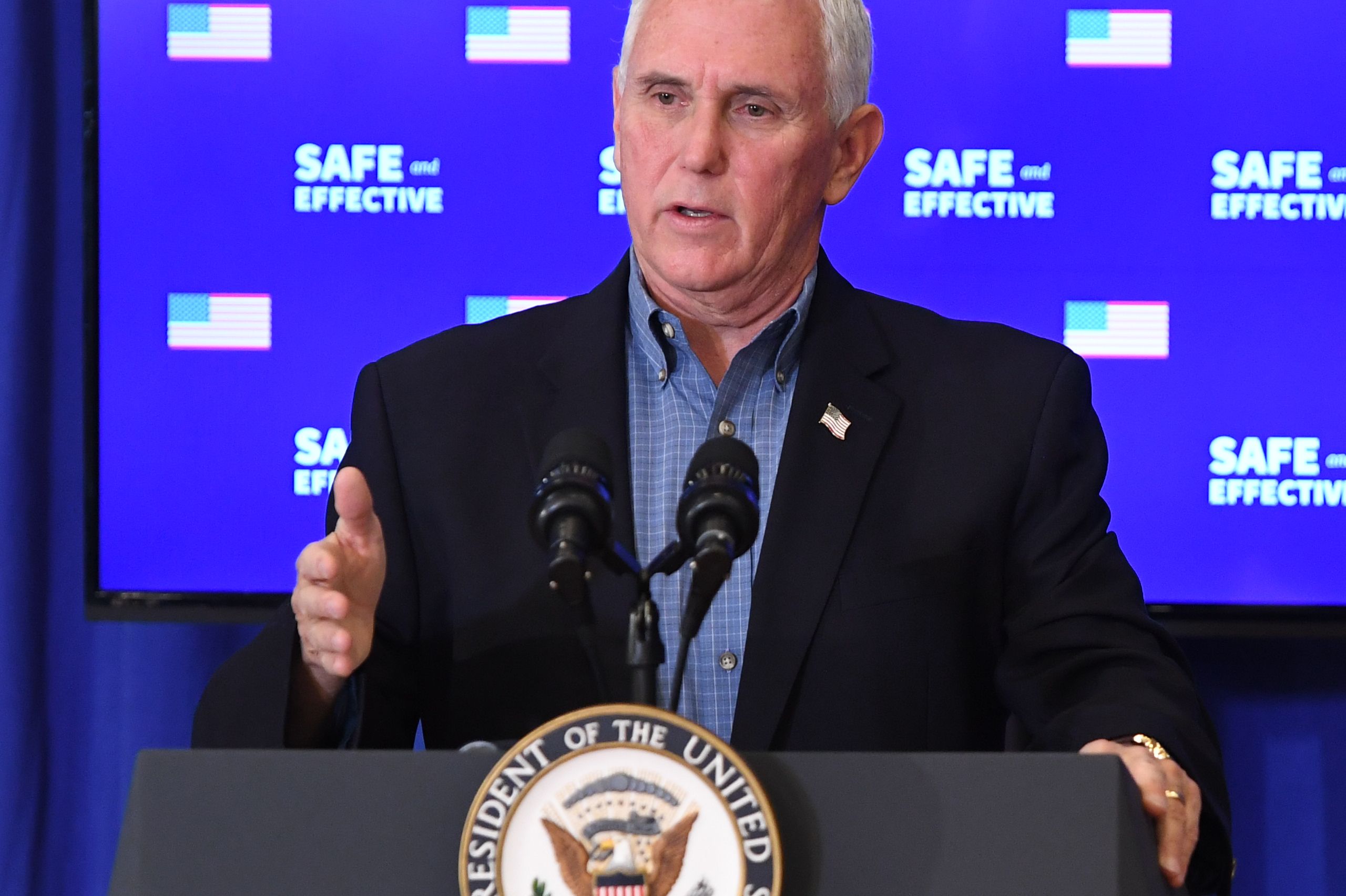 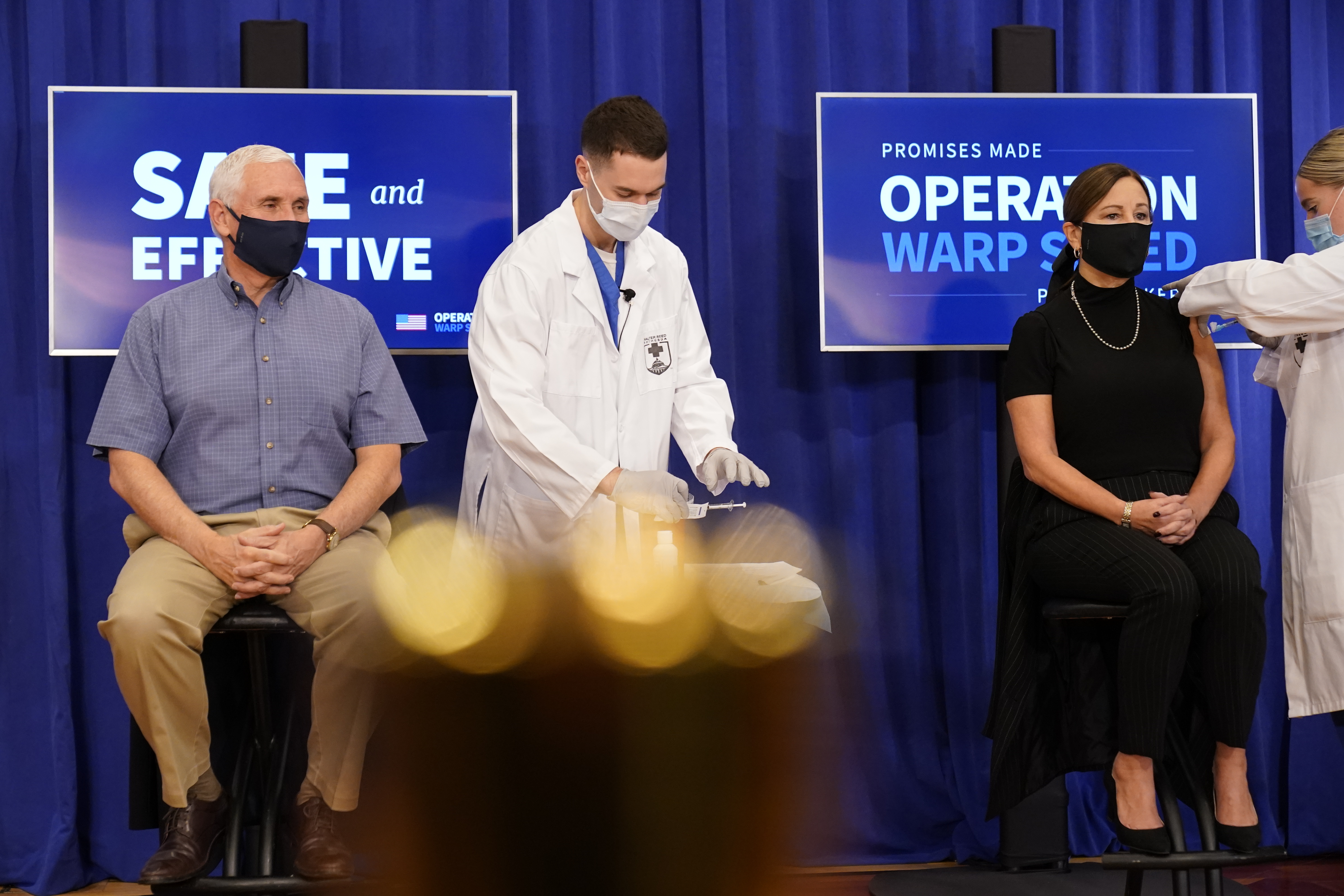 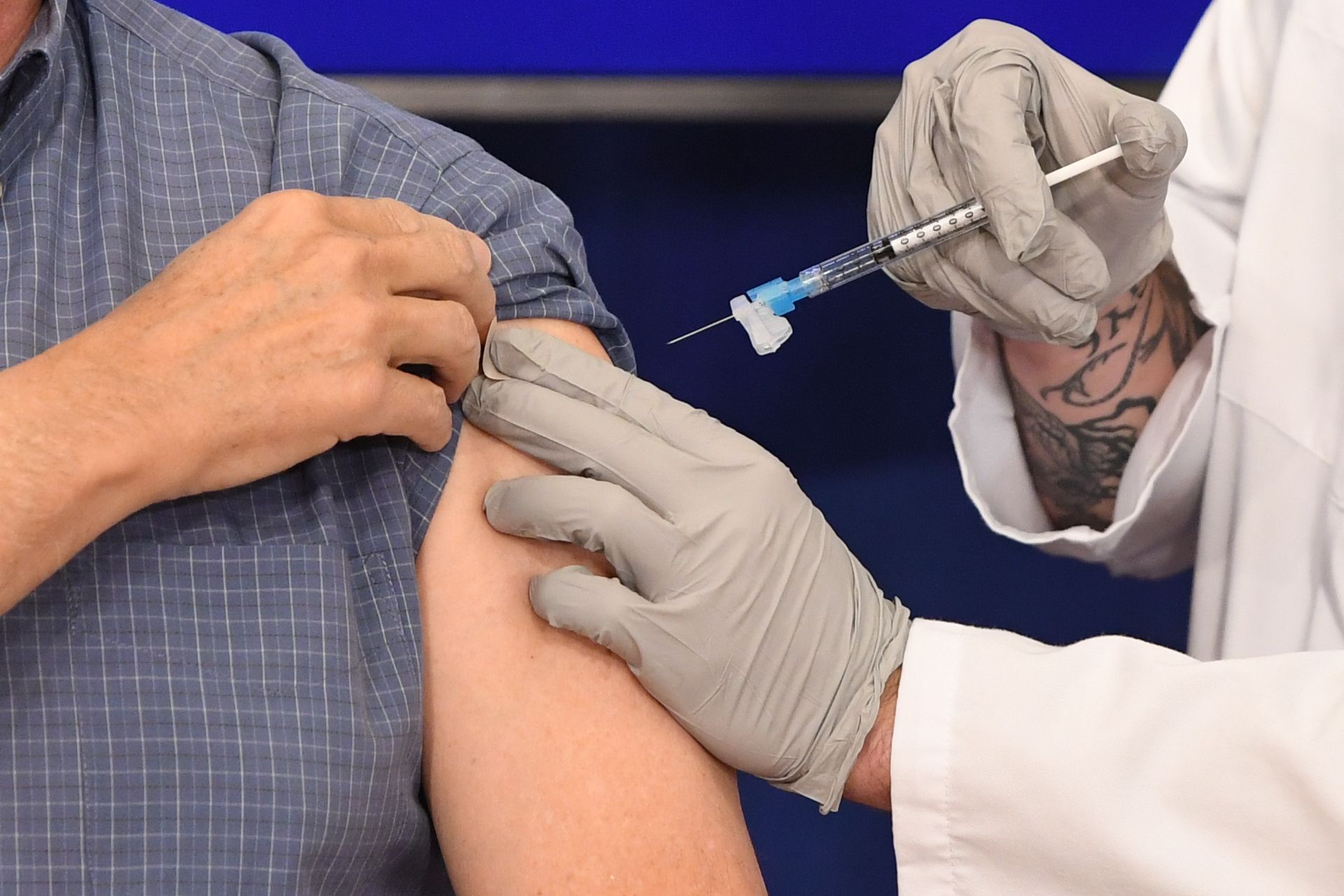 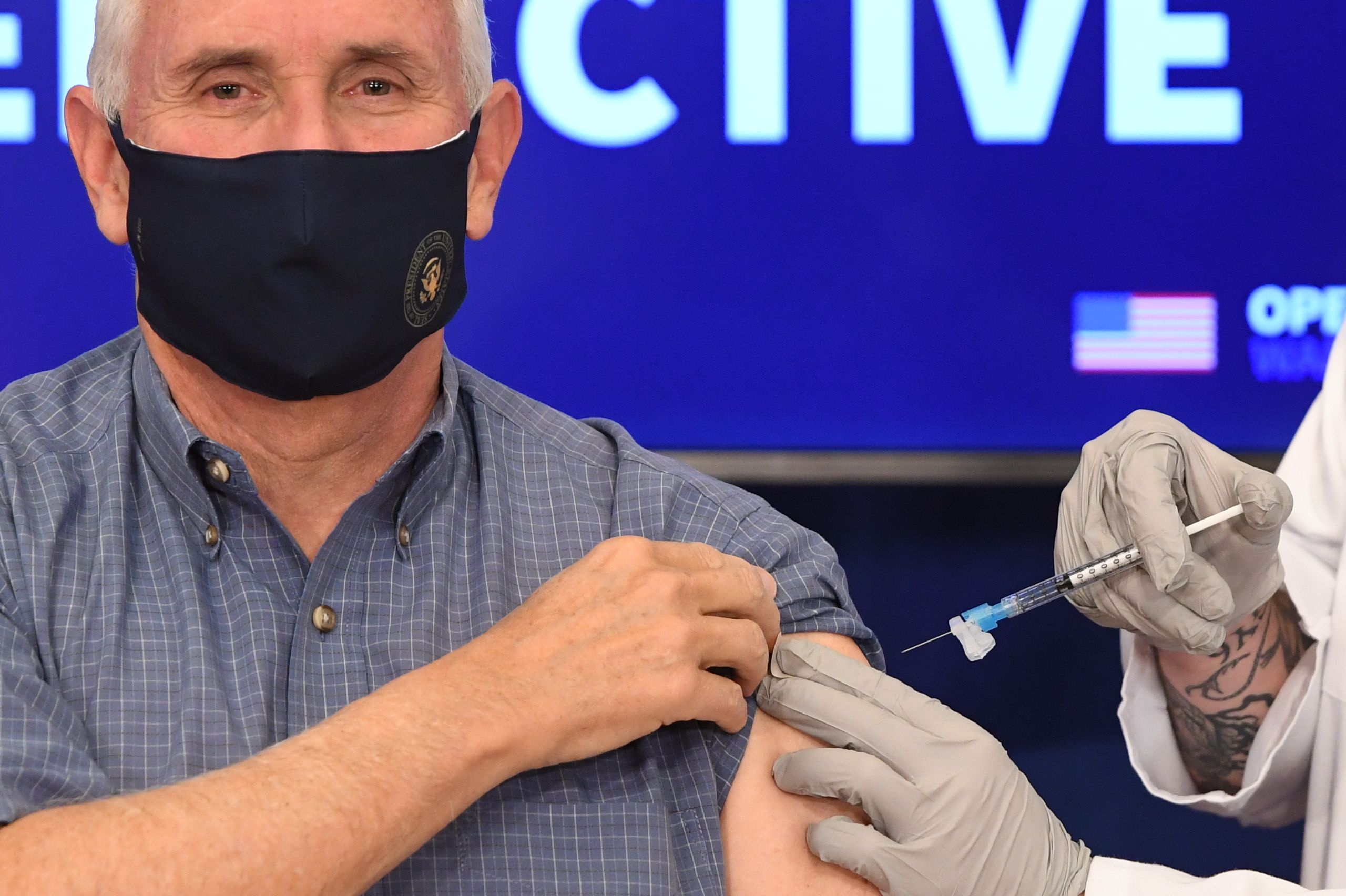 The shot took just seconds to administer as Pence held up his shirt sleeve.

And the vice president appeared to be smiling under his mask during the quick administration of the shot.

As Pence spoke about the Covid vaccine development, he said: "Karen and I wanted to step forward and take this vaccine to assure the American people that while we cut red tape, we cut no corners.

"Thanks to the great work at the National Institute of Health, and the great and careful work of the FDA.

"And the leadership of our president and Operation Warp Speed, the American people can be confident we have one, and perhaps within hours, two safe and effective coronavirus vaccines for you and for your family."

Pence, his wife, and the surgeon general were advised to get a second dose of the vaccine in 21 days. 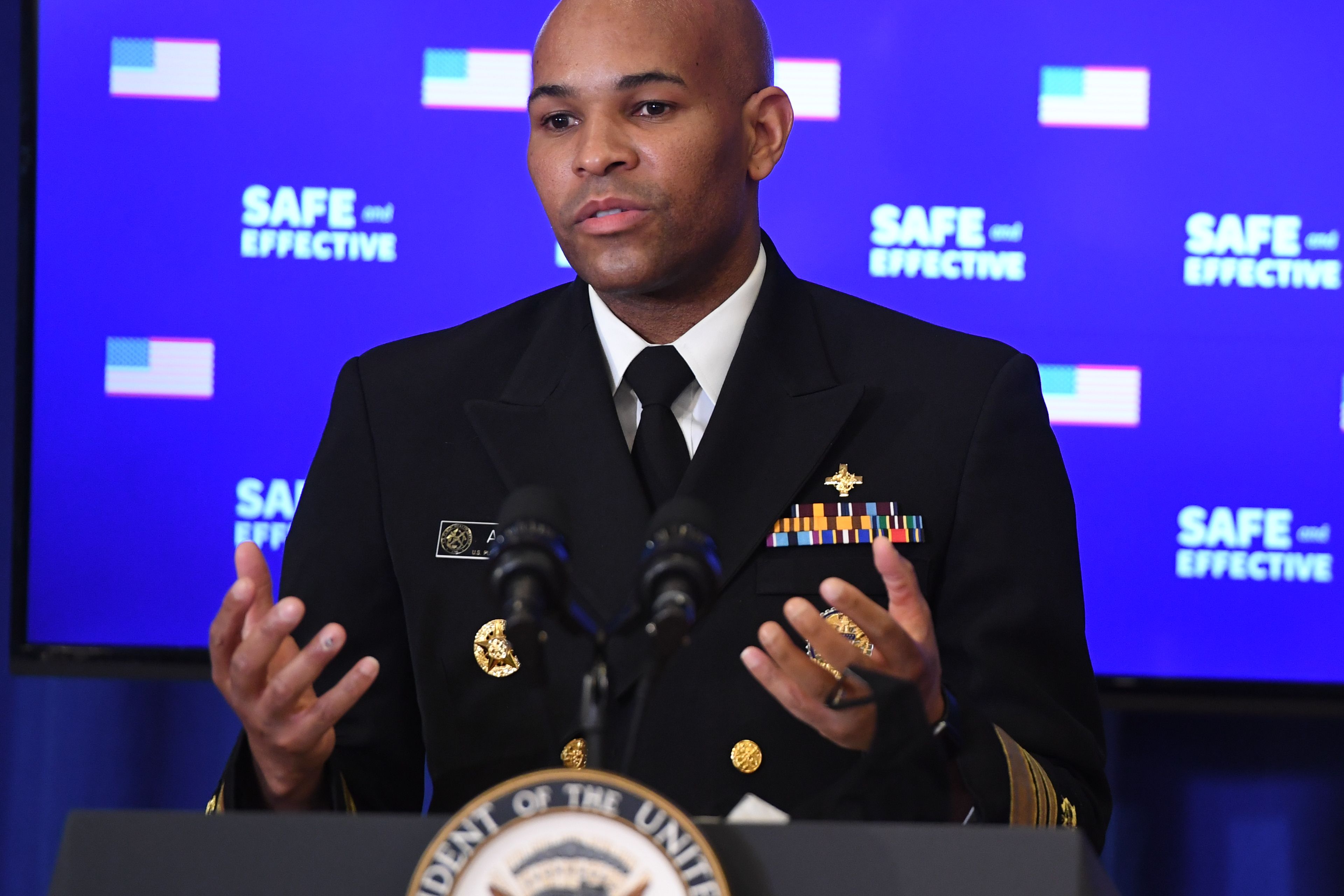 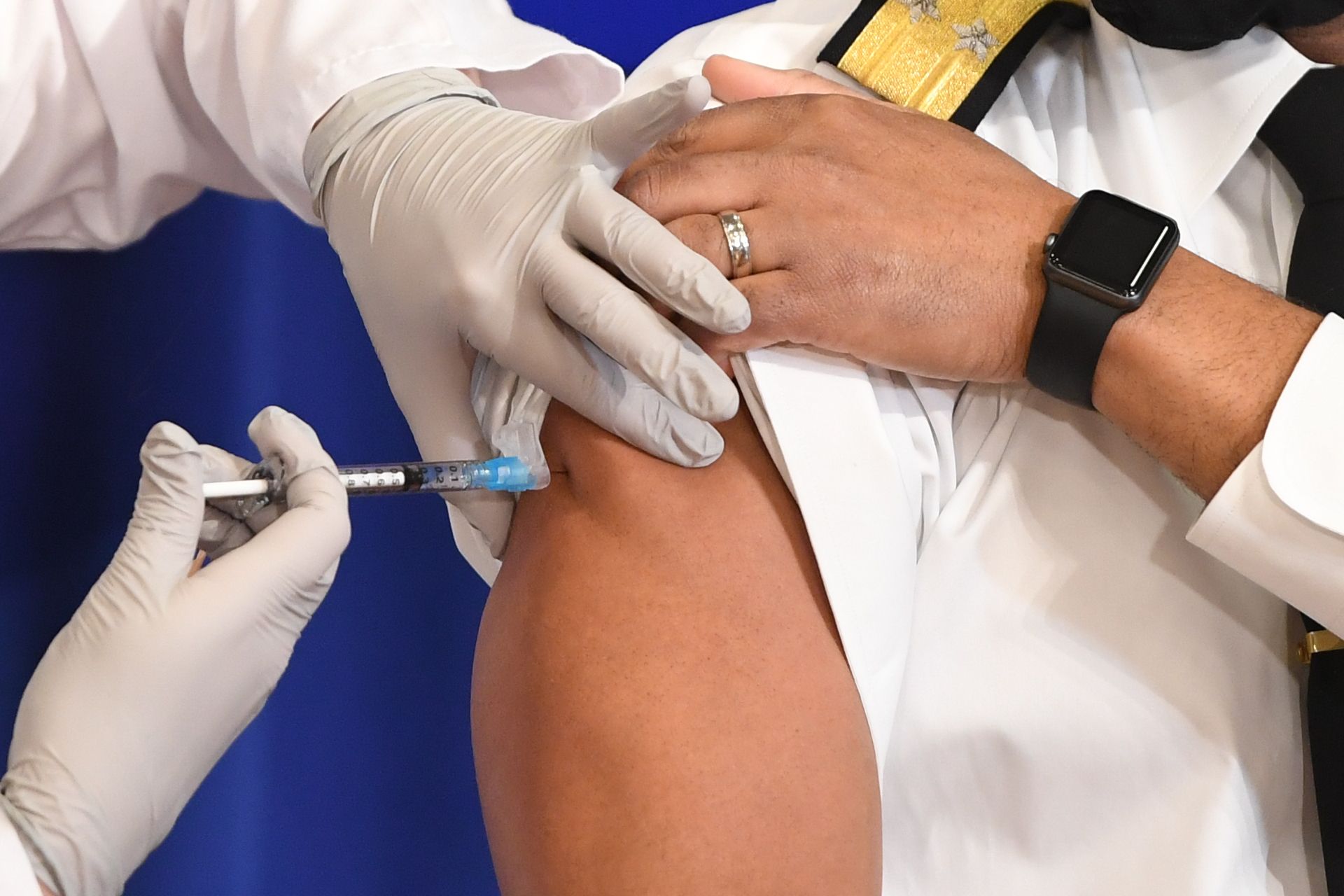 In support of the vice president's move to get vaccinated, the president's daughter Ivanka Trump retweeted the video of Pence getting the shot.

She tweeted: "@VP and @SecondLady get the Covid-19 vaccine. Safe and effective and delivered in record time thanks to #OperationWarpSpeed. #TrustTheVaccine".

Prior to the morning vaccination, the White House explained their intent was to "promote the safety and efficacy of the vaccine and build confidence among the American people."

Pence's vaccination comes one day after the United States saw its second deadliest day since the outbreak of the pandemic – with 3,438 deaths being reported by the COVID Tracking Project.