Mike Ashley is in rescue talks with Debenhams: Sports Direct boss begins negotiations to buy 242-year-old chain and save up to 12,000 jobs

Sports Direct boss Mike Ashley has confirmed he is in talks with Debenhams to buy the 242-year-old department store chain.

The move to save the Debenham’s UK operations could save up to 12,000 jobs in the weeks before Christmas.

But Ashley’s Frasers Group insisted ‘there is no certainty’ that the sale will take place.

A statement from Asheley’s Fraser Group to the stock market said ‘time is short’ and that the recent administration of Topshop-owner Arcadia, which is also Debenhams’ biggest concession holder, has complicated things further. 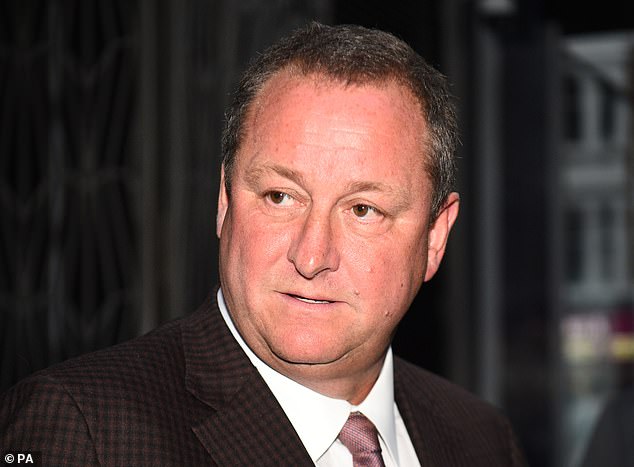 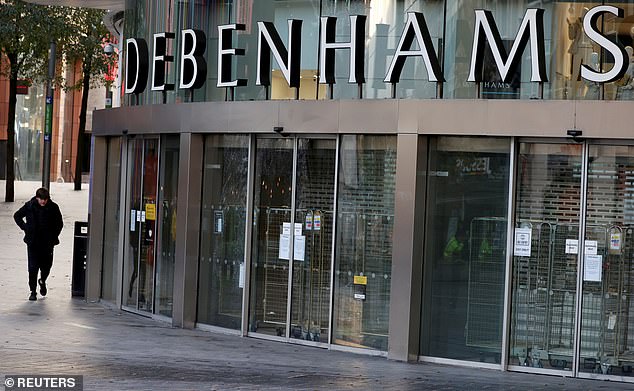 The move to save the department store’s UK’s operations could save up to 12,000 jobs in the weeks before Christmas. But in a statement to the stock market, Ashley’s Fraser Group said the sale was far from guaranteed

Frasers said: ‘The company confirms that it is in negotiations with the administrators of Debenhams’ UK business regarding a potential rescue transaction for Debenhams’ UK operations.

‘Whilst Frasers Group hopes that a rescue package can be put in place and jobs saved, time is short and the position is further complicated by the recent administration of the Arcadia Group, Debenhams’ biggest concession holder.

‘There is no certainty that any transaction will take place, particularly if discussions cannot be concluded swiftly.’

Debenhams became the latest high street casualty last week after it announced it would be liquidated in the New Year.

Administrators FRP Advisory said on Tuesday that the historic department store, founded off Bond Street in London in 1778, would be wound down after it failed to find a buyer.

The announcement from Debenhams followed the collapse of Sir Philip Green’s Arcadia Group.

Arcadia’s concessions are worth £75million-a-year in sales to Debenhams – and without them the business is heading for the wall. 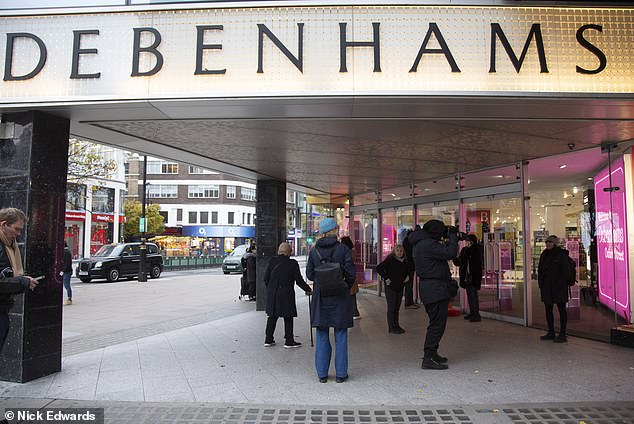 The collapse of the two high street giants marked one of the most ‘devastating’ weeks in the history of British retail with up to 25,000 workers put at risk of redundancy in the space of 12 hours.

Retail experts called the chains’ collpase a ‘nightmare before Christmas’. The number of job losses is so large it equates to losing the entire labour force of the UK fishing industry overnight.

Initial rescue talks with JD Sport over the future of Debenhams fell through on December 1 after the collapse of Arcadia derailed the deal.

In a bid to recover some cash the chain opened its 124 shops last week as lockdown ended.

A fire sale of its stock saw handbags, shoes, boots, watches and dresses slashed in price by as much as 70 per cent, and shoppers waiting in virtual queues online crashed the website.

At one point on Wednesday more than 300,000 were trying to get on to the website, but by comparison only around 40 people turned up in person at the chain’s flaship Oxford Street store.

The online Debenhams business alone is understood to be capable of selling around £500million of clothing and home products a year.

Mike Ashley would add any stores he buys to his House of Fraser, Flannels and Sports Direct group. 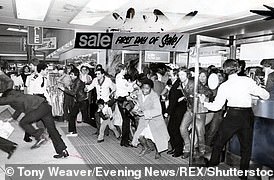 Debenhams began as a draper business at 44 Wigmore Street in London in 1778. Initially founded by William Clark, William Debenham became a partner in the business in 1813 and changed the name to Clark & Debenham.

The business grew, opening branches in Cheltenham and Harrogate, before Clark retired in 1837 and it became Debenham, Pooley & Smith.

In 1851, it became Debenham & Freebody after Clement Freebody invested in the firm and it opened offices in South Africa, Australia, Canada and China.

It was incorporated as Debenhams Limited in 1905 and its new headquarters was completed in 1908 in west London’s Wigmore Street.

The company began buying existing department stores across the country, including Harvey Nichols in Knightsbridge in 1920.

Debenhams was listed as a company on the London stock exchange for the first time in 1928 and by 1950 became the largest department store group in the UK. At the time it owned 84 companies and 110 stores and in 1976 it acquired Brown’s of Chester.

This was the only store to retain its name when all the other company’s stores were rebranded Debenhams in 1977.  The company merged with the Burton Group in 1985 but demerged in 1998.

Belinda Earl became CEO in 2000 and Debenhams opened its largest British store in Birmingham’s Bull Ring in 2003. But as profits fell Sports Direct bought 4.6 per cent of Debenhams shares in January 2014, and Mike Ashley secured 21 per cent of the company in August 2017. In March 2018, Debenhams reduced 320 store management roles across the business and Sports Direct’s shares increased to 29.7 per cent.

The company announced its largest ever pre-tax loss of £491million in 2018 and the closure of up to 50 stores putting 4,000 jobs at risk.

The company fell into the hands of its lenders, a group of banks and hedge funds led by US firm Silver Point Capital. And in April 2020 it announced it needed a buyer. The deal with JD Sports collapsed on December 1.