A Michelin-starred chef who was sacked after he let children play a ‘silly’ game of football in the restaurant of a five-star Mayfair hotel has won nearly £60,000 for unfair dismissal.

Award-winning Alyn Williams was fired after hosting a private party during which he set up an improvised pitch, complete with goals and a net, at The Westbury Hotel, London.

Two young boys were filmed on CCTV kicking a ball around, wrestling each other, jumping, diving and performing headstands on the furniture of the hotel where rooms cost up to £4,500 a night.

They were also recorded drinking straight from a sauce bottle and taking sugar lumps from bowls laid out for guests.

An employment tribunal previously heard Mr Williams, a former winner of National Chef of the Year, was suspended by his bosses at the hotel for gross misconduct and eventually fired.

However, a judge ruled he was unfairly dismissed because he had been allowed to hold private parties at the restaurant before – and had done so on 61 occasions previously. 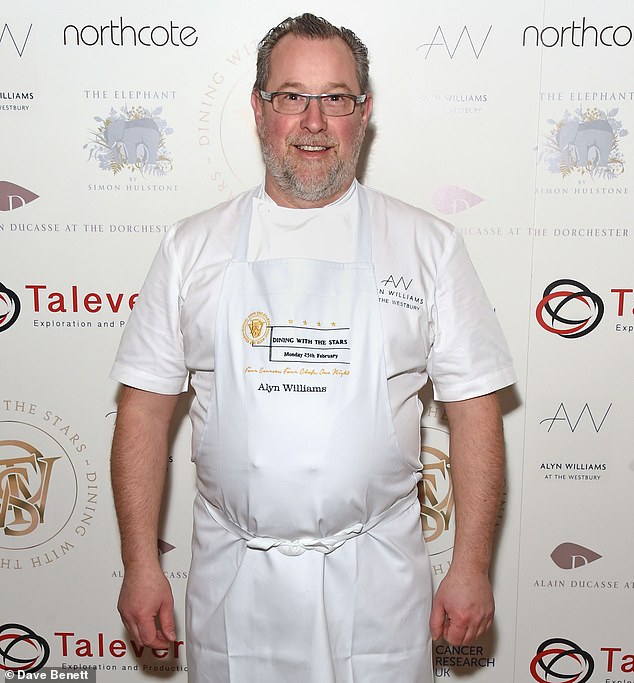 Award-winning Alyn Williams, who was sacked after he let children play a ‘silly’ game of football in the restaurant of a five-star Mayfair hotel, has won nearly £60,000 for unfair dismissal

The hearing in central London was told that Mr Williams, a 36-year veteran of the restaurant business, was recruited to The Westbury in 2010 after its multi-millionaire owner, Azad Cola, ate at The Berkley, where Mr Williams was head chef.

The Cola family regarded The Westbury as the ‘crown jewel’ in their luxury hotel empire and within two years Mr Williams’s eponymous eaterie had won a Michelin star – an accolade it only lost once he was dismissed.

The tribunal heard that in July 2019 he hosted a private lunch for his friends and family.

‘He brought his food and drinks and used the restaurant kitchen to cook a meal,’ the tribunal was told.

‘Before starting at the kitchen, (he) set up in the main area of the restaurant an improvised football goals, using two of the restaurant’s armchairs and a small net he had brought with him.

‘Two young boys started to play with a small soft ball kicking it into the improvised goals. 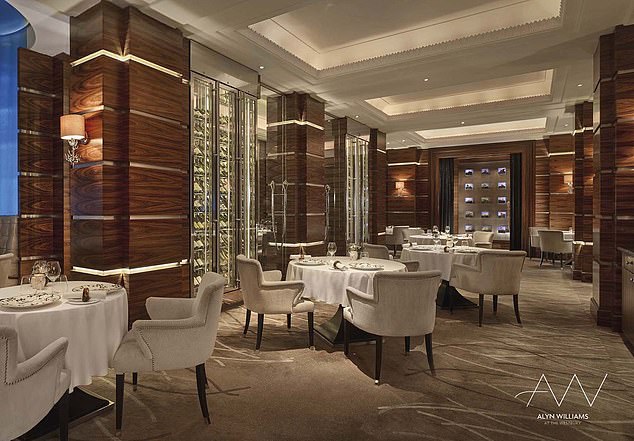 Two young boys were filmed on CCTV kicking a ball around, wrestling each other, jumping, diving and performing headstands on the furniture of the hotel (pictured) where rooms cost up to £4,500 a night

‘One of the boys took from the bar a small bottle of tabasco sauce and drank some sauce by dripping it from the bottle into his mouth.

‘The other boy on 14 separate occasions took, using his hand, and ate sugar cubes from the sugar bowls on the tables laid for breakfast.

‘On one of those occasions he took a sugar cube after wiping his nose and on another occasion after scratching his groin through trousers.’

The tribunal heard that Mr Williams had been allowed to host similar events in his nine years at the restaurant without seeking prior approval from bosses.

However, after Mr Cola expressed anger at what had occurred, the hotel managers issued Mr Williams with disciplinary proceedings and sacked him for holding the event without their permission.

Tribunal Judge Pavel Klimov described the disciplinary procedure as a ‘side show’ and concluded that the managers were acting because of what Mr Cola wanted rather than because Mr Williams was guilty of misconduct. 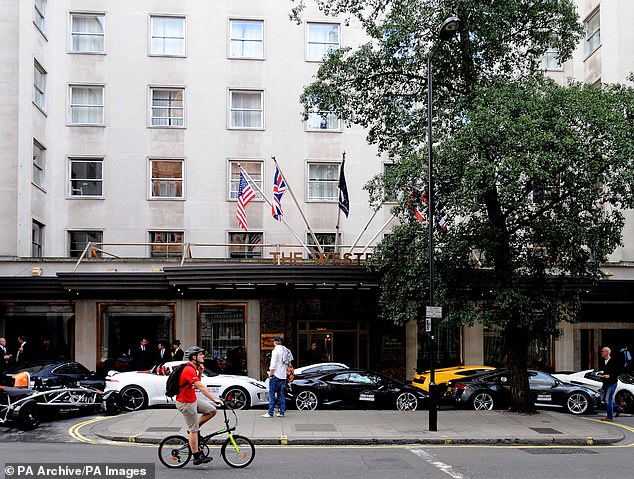 The tribunal heard that Mr Williams had been allowed to host similar events in his nine years at the restaurant without seeking prior approval from bosses. Pictured: The five-star Mayfair hotel The Westbury

The tribunal was told that the hotel delayed announcing his dismissal until after the Michelin Guide was published in November, because they feared the restaurant would lose its star once his departure was made public, an outcome that did eventually take place.

Judge Klimov said that the chef had been partly to blame but ultimately found that Mr Williams had been unfairly dismissed.

‘I find that (his) conduct, in so far as it relates to him allowing children to play in the restaurant with a football and by facilitating it by setting up improvised goals and by not supervising them properly thus, allowing them to engage in other activities which could reasonably be seen in that setting as being objectionable (taking sugar cubes with their hands from sugar bowls on the tables laid for breakfast, jumping, wrestling and doing headstands on the sofa-bench) was culpable.

‘I find it went beyond the scope of his permission to use the restaurant to host private events, it was disrespectful and caused offence to the owners of the restaurant. The claimant admits that it was “silly”.’

However, he added it was not the fault of the boys.

‘I find their behaviour in the restaurant was nothing out of the ordinary and would not have been seen unusual of two young boys at home being slightly bored while their parents entertain guests,’ he said.

Concluding, Judge Klimov said: ‘The true reason for (his) dismissal was because the management… was either directly instructed by Mr Cola to dismiss (him) or they had understood that Mr Cola wished the claimant to be dismissed.

‘I find (they) did not have reasonable grounds to believe (he) was guilty of the misconduct. It was known that (he) had been using the restaurant for private events and those events involved children playing in the restaurant.’

The judge awarded Mr Williams £57,176 in compensation for unfair dismissal.