‘We have failed, and I’m sorry’: Met Police chief Mark Rowley admits rapist cop David Carrick should ‘have never been a police officer’ as it emerges the force is investigating 800 officers over abuse claims

The head of the Metropolitan Police has apologised to the victims off David Carrick and has admitted the rapist cop should never have been a police officer.

Sir Mark Rowley has vowed to overhaul the Met’s vetting process after the sadistic firearms officer today pleaded guilty to 71 sex attacks on 12 women over the course of nearly 20 years.

In court today it was revealed that Carrick’s violent and brutal nature was well-known among his colleagues and he had even been arrested on suspicion of rape in the past but not suspended.

Activists have branded the failings of the Met in the case as ‘horrendous’, saying it is evidence of an ‘institution in crisis’, as it emerged that around 800 serving officers are being investigated over claims of abuse. 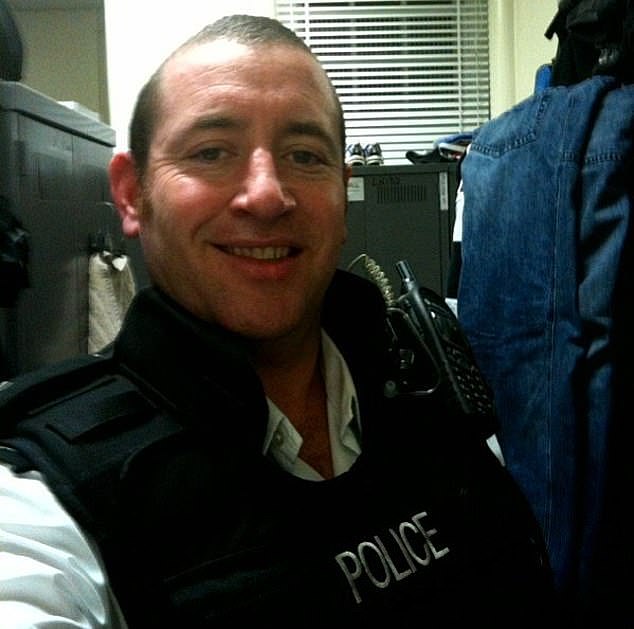 David Carrick, pictured here in his police uniform, pleaded guilty today to 71 sex attacks on 12 women over the course of nearly 20 years 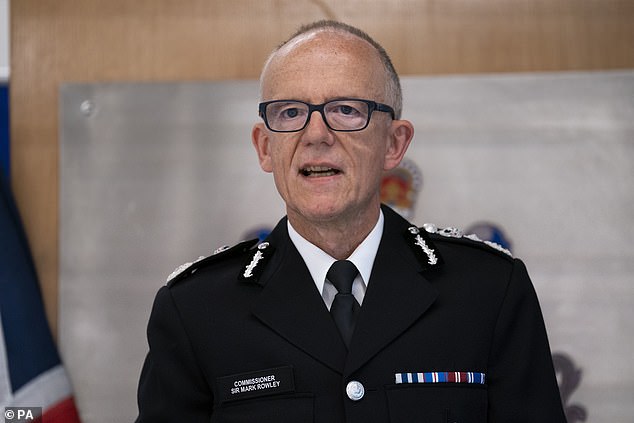 Speaking today Sir Mark said the force had let ‘women and girls down’, admitting his officers had ‘failed’ to investigate allegations made against Carrick as they should have.

In a statement he said: ‘This man abused women in the most disgusting manner. It is sickening. We’ve let women and girls down and indeed we’ve let Londoners down.

‘The women who suffered and survived this violence have been unimaginably brave and courageous in coming forward.

‘And I do understand also that this will lead to some women across London questioning whether they can trust the Met to keep them safe.

‘We have failed. And I’m sorry. He should not have been a police officer.’

The Met commissioner, who started in the role several months ago, added: ‘We haven’t applied the same sense of ruthlessness to guarding our own integrity that we routinely apply to confronting criminals.

‘We failed in two respects.

‘We failed as investigators where we should have been more intrusive and joined the dots on this repeated misogyny over a couple of decades.

‘And as leaders, our mindset should have been more determined to root out such a misogynist.

‘These failures are horrific examples of the systemic failures that concern me and were highlighted by Baroness Casey in her recent review. I do know an apology doesn’t go far enough, but I do think it’s important to acknowledge our failings and for me to say I’m sorry.

‘I apologise to all of David Carrick’s victims. And I also want to say sorry to all of the women across London who feel we’ve let them down. 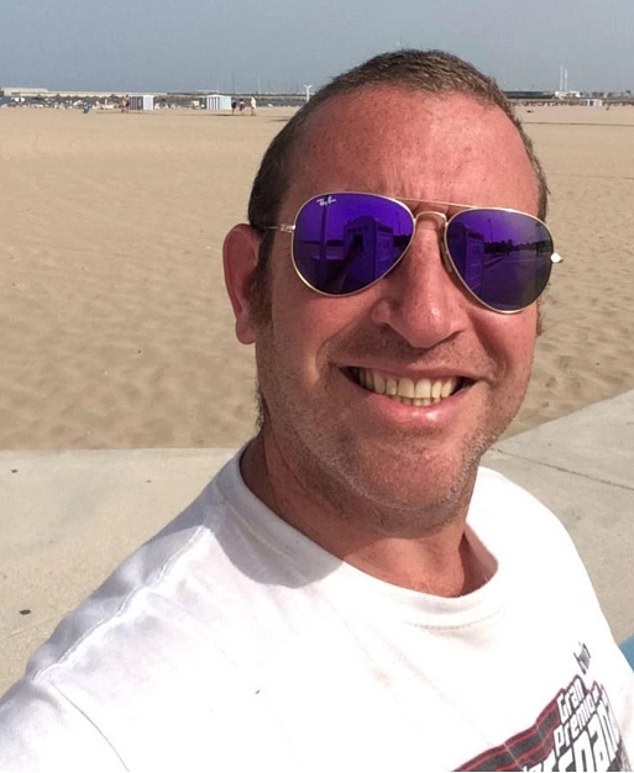 Carrick, pictured here at the beach, abused and tortured women at his Hertfordshire home Carrrick, pictured here in an artists impression in court, boasted to women that he was a police officer

‘I have promised action. From my first day four months ago, I said that the Met will become ruthless at rooting out those who corrupt our integrity. That’s because our integrity is our foundation.

‘We haven’t guarded this as ferociously as we must and we will do. In the four months to date, we’ve launched a new anti-corruption and abuse command, putting 30 per cent more officers into fighting corruption. And we’ve done public appeals.

How did the Met fail to stop the sex monster within its ranks? Scotland Yard missed nine chances to catch rapist cop David Carrick as he attacked 12 women over 17 years – and failed to suspend him when he was arrested for rape 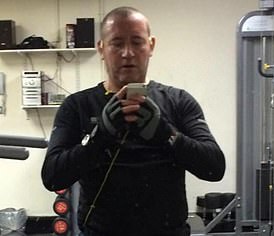 ‘We’ve raised 250 fresh lines of inquiry, and we’re doing more proactive work against problematic officers than ever before. I’ve also brought in new leadership to lead this work, to reform our integrity.

‘At the end of March, I plan to write to the Home Secretary and the Mayor in an open public letter. And by then, we will also have finished reviewing all of our people, having checked their details against all the police, national intelligence data in the police national database.

‘We’ll have begun a full review of our national vetting process, we’ll have completed Operation Onyx, which is our review of the officers and staff whom we have concerning domestic or sexual incident reports against.

‘And we’ll also have tested new legal routes to dismiss those who fail vetting.

‘We will reform at speed. I promise that to Londoners.’

Today it emerged that over a thousand officers and members of staff at the force are under investigation over sexual and domestic abuse claims.

The BBC reports that over 1,000 claims have been made against around 800 officers.

Speaking to the BBC, Sir Mark said: ‘That’s a thousand cases to look at. Some of those will be things of no concern in the end when we look at them because it will be an argument overheard by neighbours where enquiries show there’s nothing to be concerned about.

‘But in there, I’m sad to say, there will be some cases where in the past we should have been more assertive and looked to throw officers out and we haven’t done.

‘We’re going to turn all those stones over, we’re going to come to the right conclusions, we’ll be ruthless about those who corrupt our integrity – you have my absolute assurance on that.’

The Met said it is looking into more than 1,600 allegations made against over 1,000 officers and members of staff in the last 10 years.

A spokesperson said: ‘As part of our continuing commitment to reform and delivering the highest level of professional standards, we are reviewing the details of any allegations of domestic abuse or sexual offences from the past 10 years where a Met officer or member of staff was involved and the allegation/resulting case has been finalised.

‘This will include a very wide range of allegations from verbal arguments and altercations in a domestic or family setting to the most serious sexual offences.

‘It could include cases where no further action was taken and where no criminal allegations were made.

‘It is estimated that the review will consider 1,633 cases involving 1,071 officers and staff.

‘Being involved in a case that forms part of the review is not in itself a finding of wrongdoing or sufficient reason to remove an officer from frontline duties.

‘It is therefore likely that the majority of officers whose involvement in past incidents is being reviewed will not automatically be subject to restrictions.

‘There are already a number who are subject to risk management measures and this process is to confirm that these measures are sufficient.

‘In the event that information was to emerge from a review that raised concerns then an officer or member of staff’s status would be reconsidered without delay.

‘All new allegations against officers and staff are subject to robust risk management including restrictions and suspension where appropriate.’ 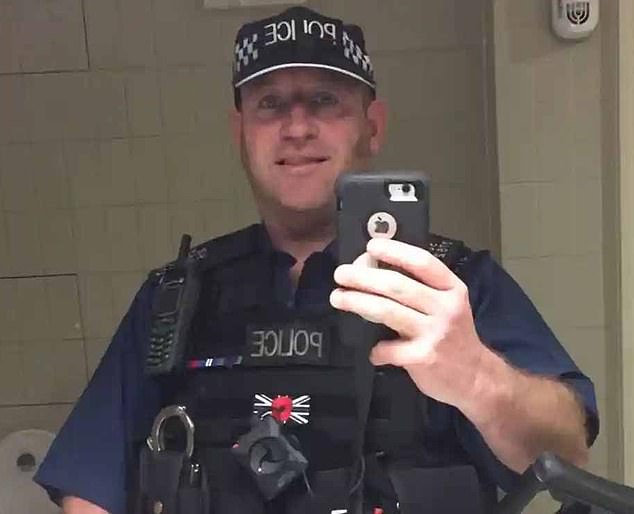 Carrick, pictured here in his police uniform, demeaned his victims, telling one woman ‘you’re my slave’ 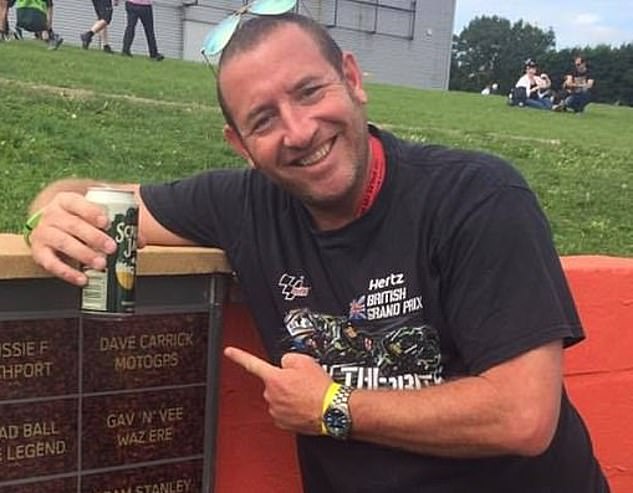 Carrick, pictured, admitted to 48 counts of rape when he appeared at court on Monday, January 16

At court earlier today it was revealed Carrick, whose nickname on the force was ‘Ba***ard Dave’, abused and tortured 12 victims, boasting to them ‘I’m a police officer, you can trust me’.

He locked women in a cupboard under the stairs of his Hertfordshire home for hours on end, controlled what they ate and isolated them from their families.

The vile police officer allegedly whipped his victims with belts, dragged them by their hair and demeaned them by saying ‘you’re my slave, you’re my whore’.

The rapist had joined the force in 2001 despite allegations of malicious communications and burglary against an ex-partner just a year before.

While on his probationary period he was accused of assault and harassment against a former partner, but this was not passed onto the Directorate of Professional Standards.

Following this he used his position as a police officer to abuse women, finding some of his victims on dating websites and meeting them in bars where he would gain their trust.

He would appear to be a ‘fun-loving, charming and charismatic’ man, prosecutors said, but this was hiding a dark secret.

In reality, he was ‘very manipulative’ and ‘self-confident almost to the point of being cocky’.

When he was arrested at his Stevenage home in October 2021 accused of raping a woman he met on Tinder, he said: ‘Not again.’

When she arrived at a nearby pub on September 4, 2020, Carrick had ordered a bottle of wine and the woman said she felt ‘pressured’ to drink as he had paid for it.

‘I can kill you without leaving any evidence’: Victim reveals chilling threat of rapist Met cop David Carrick who she claims forced her to drink his urine, raped her and restrained her with police-issue handcuffs – as he admits 71 sex attacks on 12 women 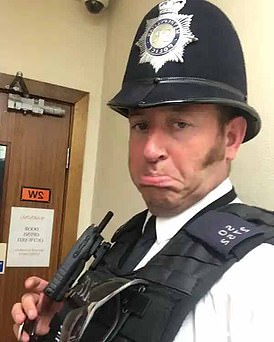 He told her he was a Met Police firearms officer nicknamed ‘Ba***ard Dave’, showed her his warrant card and boasted of meeting famous people, including Mr Johnson, in the course of his work.

She told police that Carrick called her ‘disgusting’ and referred to himself as a ‘dominant bastard’ while raping her the following morning after she woke up naked in the bath with sick in her hair.

While looking into the allegations against him, investigators found a pattern of behaviour where Carrick abused his position as a police officer.

Carrick, who had a pet snake, exerted control by paying for dinner and drinks, so women would feel indebted to him before isolating them from their friends and family members.

He would tell some of his victims they were not allowed to eat, calling them ‘fat and lazy’, while others were ordered to stay in bed all day so they could have sex all night.

Women were locked in an understairs cupboard in Carrick’s home, said by police to be smaller than a dog crate, for hours without food, or made to clean the house naked.

Carrick urinated over some of his victims and made derogatory comments towards the women, referring to them as his ‘slave’ or a ‘whore’.

Senior Crown Prosecutor Shilpa Shah told a media briefing: ‘The patterns of behaviour that were similar would be things such as the derogatory comments, calling them things like his slave, and making rude remarks all the time.

‘This was also on the phone evidence – he would message them calling them horrid names, saying things such as you’re my slave, you’re a whore. In the actual offending behaviour there were striking similarities

‘For example, that he would urinate in their mouth. That is something that you wouldn’t make up. He would also force them to give him oral sex to the point that they would be gagging.

‘For a couple of the victims he would say they weren’t allowed to eat today, saying you could eat this much of an apple today. He would call them fat and lazy, and say that’s why you’re not allowed to eat.’

Explaining how Carrick allegedly financially abused his victims, Ms Shah said he would make them feeling indebted to him.

She said: ‘He would be the one to pay for them and would not allow them pay. It would be something along the lines of, you’re not using your own money, you use my money, so they would feel indebted to him.’