A man with extreme right wing views was found with ‘step-by-step instructions on how to make home explosives’ and a banned ‘push dagger’.

Scott Mason, 36, has been jailed following a counter-terror probe. He is said by police to harbour right wing, racist, homophobic and anti-Semitic views.

Mason, of Rainhill in Merseyside, has been locked up for three years after pleading guilty to four offences – including being in possession of information likely to be useful to a terrorist.

Manchester Crown Court heard on Thursday that Mason was first brought to the attention of authorities following a report of a domestic assault in October 2021, which led to him being arrested by Cheshire Constabulary. 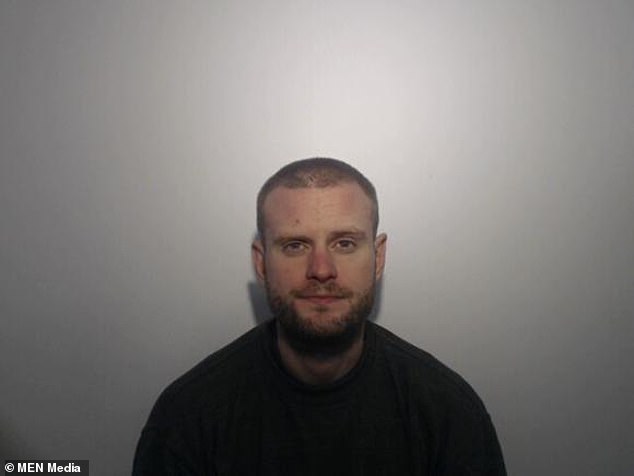 Scott Mason, 36, has been jailed following a counter-terror probe. He is said by police to harbour right wing, racist, homophobic and anti-Semitic views 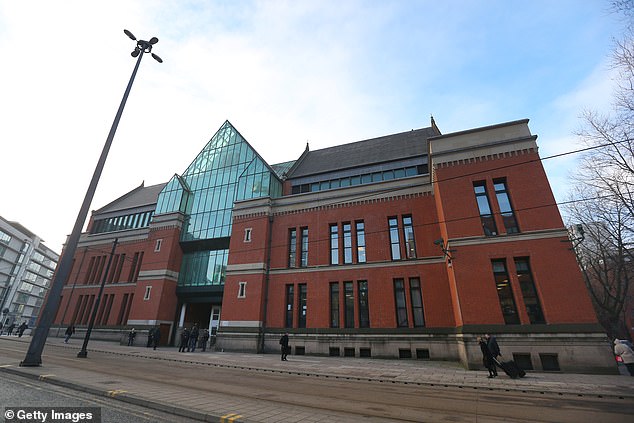 Manchester Crown Court heard Mason was first brought to the attention of authorities following a report of a domestic assault in October 2021, which led to him being arrested by Cheshire Constabulary

An investigation by the Counter Terrorism Policing North West (CTPNW) team was then launched. The investigation found a document on his phone containing step-by-step instructions on producing home explosives and well as extreme pornographic images.

The court was told Mason was further arrested under the Terrorism Act on October 15, 2021 after officers from CTPNW and Merseyside Police executed a search warrant at his home. A prohibited ‘push dagger’ was seized.

Mason was charged with the possession of information of a kind likely to be useful to a terrorist, contrary to section 58 of the Terrorism Act 2000; possession of extreme pornography; perverting the course of justice via witness intimidation; and possession of an offensive weapon.

Mason entered a guilty plea to the terrorism offence in November 2021 and in January 2022 he pleaded guilty to the weapons offence, for which he received a sentence of three months at the magistrates’ court. The matter was then listed for trial before Mason pleaded guilty to the outstanding charges in April.

His Honour Judge Alan Conrad QC this week sentenced Mason to three years. He told Mason he would have faced four-and-a-half years had he not pleaded guilty at an early stage.

Detective Superintendent William Chatterton, of CTPNW, said: ‘This was a thorough and comprehensive investigation which has resulted in Mason facing a significant prison sentence. Today’s sentencing reaffirms our commitment to making sure those who pose a risk to our society will be pursued and prosecuted.’

‘Counter Terrorism Policing North West would like to reassure communities that incidents of this nature are always taken seriously and to report any concerns of people expressing extremist views by calling 0800 789 321 in confidence or using the secure online form at Gov.uk/ACT.

‘We would like to thank all involved in this investigation, in particular our colleagues from Cheshire Constabulary and Merseyside Police for their invaluable support.’