London: German Chancellor Angela Merkel has begun to engage more directly with the Brexit process, having long calls with British Prime Minister Theresa May and other EU leaders, including the Irish Taoiseach.

Brexit has been reduced to a shambles, with Britain’s Parliament unable to agree to the terms of exit and no single party, group or faction having the numbers to successfully push through an alternative. May is due to report back to the parliament on Monday on how she plans to proceed. 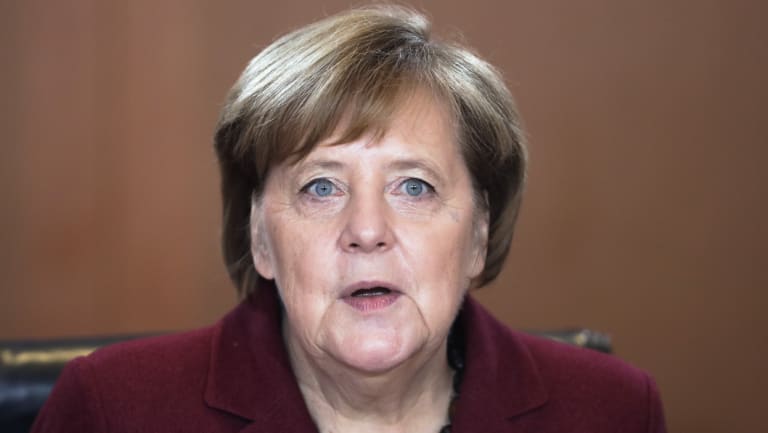 German Chancellor Angela Merkel is reported to be trying to negotiate a compromise over the Irish ‘backstop’.Credit:AP

The exchange has led to speculation in diplomatic circles that Ireland may yet be asked to accept a distant time-limit to the backstop – of, say, five years – but only if it was guaranteed to deliver the deal.

May suffered a heavy defeat in parliament on January 15 when Conservative MPs and members of other parties rejected her Brexit plan by an overwhelming majority.

That left Britain facing the prospect of no deal to smooth its exit from the EU in little more than two months' time.

Diplomats however cautioned against over-reading German willingness or ability to "fix" Brexit, citing erroneous reports that Merkel had offered to broker fresh concessions during a phone call with May.

The Sunday Times reports that  May too is working on the Irish angle, and may be planning to seek a bilateral treaty with the Irish government as a way to remove the contentious backstop from Britain's divorce deal with the European Union. 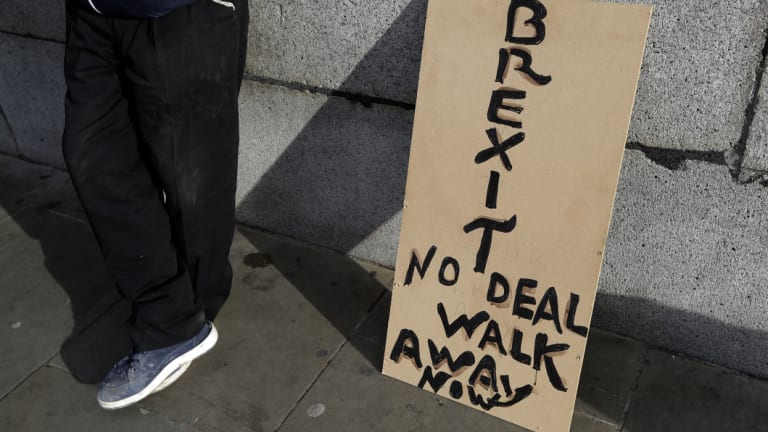 Talks to end Britain’s Brexit stalemate appeared to be deadlocked.Credit:AP

Aides to May are said to have thought a deal with Ireland would remove the opposition to her Brexit plan from the Democratic Unionist Party that supports May's minority government and from pro-Brexit rebels in her Conservative Party.

Many Conservatives and the DUP oppose the backstop that the European Union insists on as a guarantee to avoid a hard border between the Irish Republic and Northern Ireland. 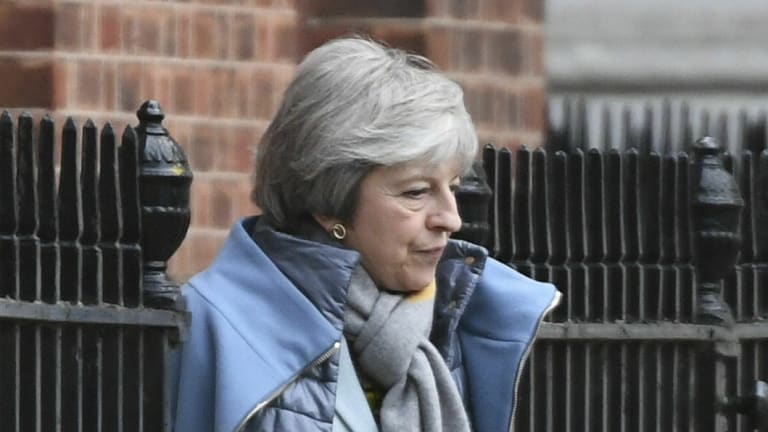 The Sunday Times also said a group of MPs would meet on Sunday to consider ways they could suspend the Brexit process, wresting control away from May's government.

Merkel also said on Saturday the European Union must deepen cooperation in defence and in particular weapons systems development, warning Germans that they may need to make compromises on strict export controls.

In a bid to counter growing eurosceptic nationalism before elections to the European Parliament in May, Merkel has stressed the importance of close cooperation within the bloc.

On January 22 she signs an agreement with French President Emmanuel Macron that builds on a 1963 treaty of post-war reconciliation and is aimed at bolstering the EU.

In her speech in Rostock, Merkel said: "It is good that after several decades we want to develop a common defence policy … We must develop weapons systems together," adding Europe had many more systems than the United States.

Arguing that EU countries should not compete among themselves for new projects and fighter planes but develop products together, she said there would be a need to compromise on export rules.

"We have very strict export rules, others have less strict rules … But anyone who develops an airplane with us would also like to know whether they can sell the plane with us," she said.

"We will have to make compromises, that is what we are talking about at the moment."

In her weekly podcast, Merkel stressed the importance of the French-German partnership at the heart of the EU, saying the friendship was "far from a given after centuries of military conflict between our countries".

"We want to give an impulse to European unity," Merkel said.

Although the two countries, traditionally the EU's main engine, differ on issues such as euro zone reform, the treaty envisages deeper cooperation in foreign and defence policy and in tackling terrorism as well as more cultural exchanges.