Covid-19 survivors who have been left with severe lung damage might be cured by an infusion of their own blood cells.

Top NHS medics hope the pioneering treatment will restore most people to normal lung function by destroying scarring that leaves them struggling to breathe.

It is estimated that hundreds of thousands of people could benefit from the work of a team at Guy’s and St Thomas’s Hospital, in London.

As many as two per cent of all coronavirus patients will have suffered a degree of ‘fibrotic’ lung scarring. 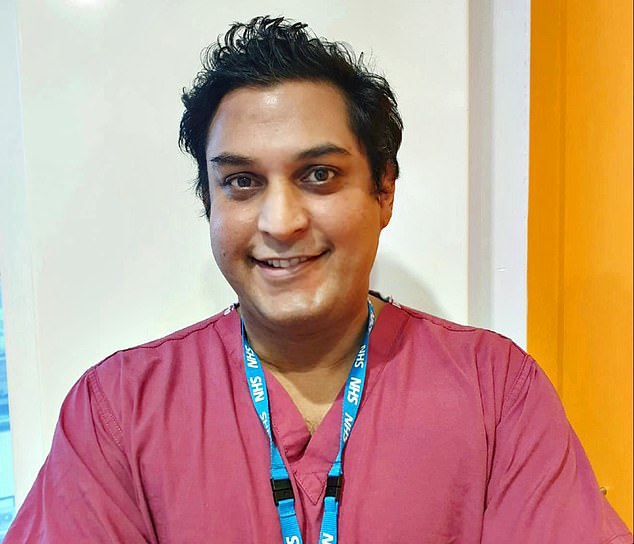 Discovery: Surgeon Ashish Patel, pictured above, who made the breakthrough with Bijan Modarai, vascular surgeons at Guy’s and St Thomas’s

Scarring of the inner surface of the lung affects the organ’s ability to function normally, reducing the amount of oxygen that can be absorbed.

The treatment involves taking a bag of blood from the patient in the same way as a person donates blood. It is then spun in a lab to separate a type of white blood called a macrophage.

Then it is infused back into the patient. Phage is Greek for eating and doctors hope macrophages will gobble up the scarring.

So far, only five patients have been treated. One was Mike Salmon, 63, from London, who contracted Covid in March 2020. He spent almost three months at Guy’s and St Thomas’s including five weeks on a ventilator. 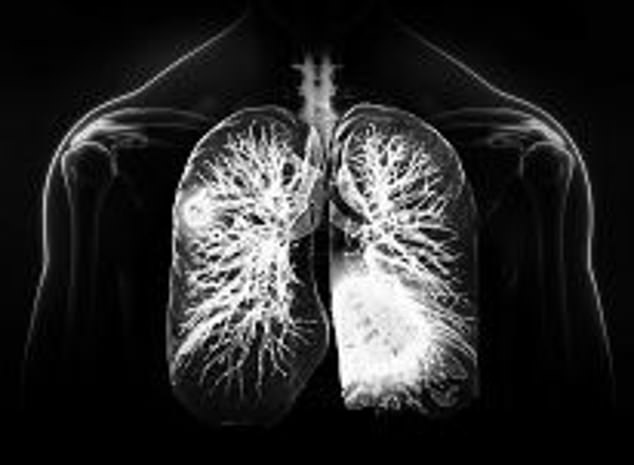 Scarring of the inner surface of the lung affects the organ’s ability to function normally, reducing the amount of oxygen that can be absorbed (file photo)

The scarring of his lungs has left him with only 60 per cent lung function.

Doctors are optimistic that the new treatment of macrophages will restore lung function back to normal.

It is not yet clear if several infusions of blood cells will be needed or if one will be sufficient. A larger NHS trial will establish how many cells might be needed to make the treatment effective.

The breakthrough has been made by Ashish Patel and Bijan Modarai, vascular surgeons at Guy’s and St Thomas’s, who said: ‘Long Covid is emerging as a major health problem, with a significant number of patients remaining symptomatic because of fibrotic lung scarring they have sustained after contracting the infection.’