Tanzania has suspended a medical officer who reported that a mystery disease had killed 15 people in the country and caused people to throw up blood.

Felista Kisandu, the chief medical officer for the Chunya district, had described how patients ‘vomit blood and die when they get to the hospital late’ in an unexplained bout of sickness which was said to have affected more than 50 people.

Kisandu said blood samples had been sent for traces of mercury contamination – but Tanzania’s health ministry said there was no sign of an outbreak and disciplined Kisandu for causing ‘unnecessary panic’, according to The Citizen. 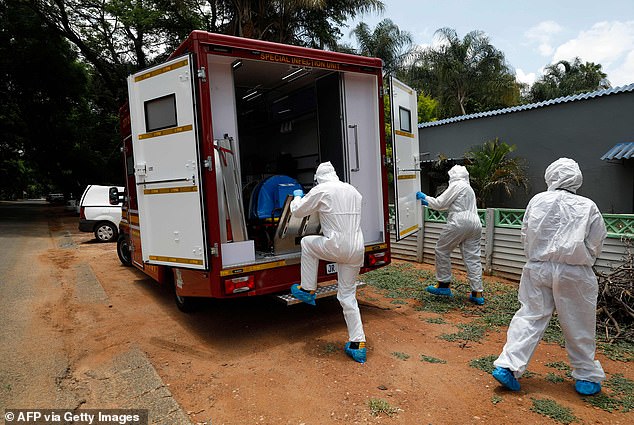 Kisandu had earlier told Turkey’s Anadolu agency that the patients, mostly men, had been found to have stomach and ulcer problems and were being told to avoid cigarettes and hard drinks.

According to her account, a top government chemist was set to examine blood and water samples for any signs of mercury contamination.

‘It has happened in just a single administrative ward of Ifumbo where people vomit blood and die when they get to the hospital late,’ she said.

Gwajima also ordered a medical council to investigate, but rejected claims of an epidemic in the area.

A similar disease was said to have brought fevers, vomiting and stomach upsets to the region in 2018.

While Tanzania is already on the UK’s banned list because of Covid-19, little is known about the virus situation in the country – where the government  has not published case figures since April 2020.

President John Magufuli has continually played down the seriousness of the virus and suggested last year that prayer had brought the epidemic to a halt.

‘That’s why we are all not wearing face masks here. You think we don’t fear dying? It’s because there is no Covid-19,’ he said last June. 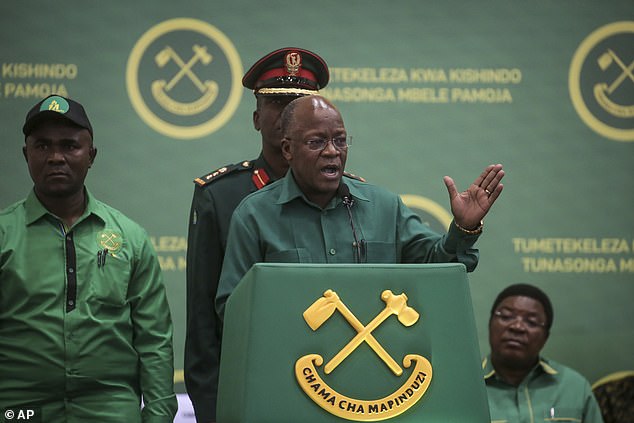 But concern is mounting over deaths attributed to ‘pneumonia’, with one doctor saying that ‘we see a lot of people but we cannot talk about the disease’.

People can occasionally be spotted wearing masks and some speak openly about their fears.

Two cases of the feared South African variant were detected in Denmark last month in travellers who had recently returned from Tanzania.

Britain has banned all arrivals from Tanzania to keep out the South African strain, while the US warned last week there were ‘very high levels’ of Covid-19.

Breaking with the government’s code of silence, the Roman Catholic Church in Tanzania warned its followers to protect themselves.

‘Our country is not an island. We have every reason to take precautions and pray to God so that we can move unscathed in this pandemic,’ read the letter.

John Nkengasong, Africa CDC director, said last week that Tanzania’s was ‘a stance that I hope they will review quickly’.

‘This is a dangerous virus, a virus that spreads very quickly, and a virus that knows no border. It doesn’t know whether you’re in Tanzania.’