Opponents of a “no-deal” Brexit succeeded on Wednesday in passing a bill to tie Prime Minister Boris Johnson’s hands in his negotiations with Brussels, by forcing him to seek another delay to Brexit if he hasn’t struck a deal with the EU by the end of October. 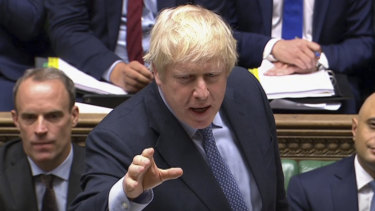 Johnson immediately called a vote for a snap election, saying the extension bill was a "great dereliction of [MPs'] democratic duty" that had "scuppered" his ability to hold serious negotiations with the EU.

The country should decide whether he or Jeremy Corbyn go to Brussels to "sort it out" next month, Johnson said, warning another Brexit extension under Corbyn would mean"years more dither and delay".

But Corbyn said Johnson should not be given an election until the extension bill has passed Parliament and received royal assent. 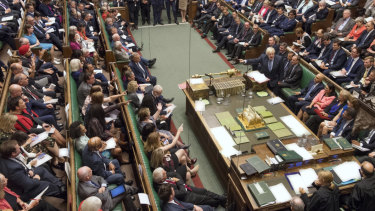 He was backed by former Conservative Ken Clarke, who said the Prime Minister was treating Brexit as a game and was now "desperate to have an election" in which he would claim to have been blocked from getting an "amazing beneficial deal" by "wicked" MPs.

Corbyn said the PM's claim to be negotiating a new Brexit deal was a "sham".

"If the Prime Minister does to the country what he has done to his party in the past 24 hours, a lot of people have a great deal to fear," Corbyn said, referring to a purge of rebel Tory MPs the night before.

Labour MP Hilary Benn said the extension bill had a simple purpose "to ensure Britain doesn't leave the European Union on October 31 without an agreement – 'no deal' is not in the national interest".

He conceded another delay wouldn't necessarily mean a deal could be done, but "if someone says you can jump off a cliff, with all the damaging consequences, in a couple of weeks’ time, or we could put it off for three months—which would you like?”

He dismissed the Prime Minister's claim that he needed to wield the threat of a no-deal Brexit in negotiations. 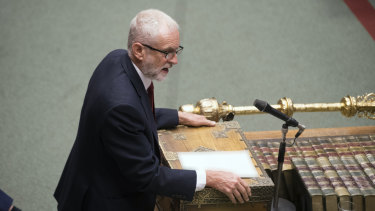 "The previous prime minister spent nearly two years saying that no deal is better than a bad deal and it did not seem to work then, and I do not think it will work now," he said. "The truth is… no-deal does not end anything, it would simply plunge us into greater uncertainty."

Former Conservative Chancellor Phillip Hammond said he had seen internal government assessments of the damaging effects of a no-deal Brexit, and he said the government was not holding genuine negotiations with the EU.

But Brexit Secretary Stephen Barclay accused the rebels and opposition of attempting to stop Brexit altogether, and said the bill would leave Brexit negotiations in "purgatory".

However, in a last-minute twist, an amendment to the no-deal bill ensured the extension would be used for a vote on the final version of May’s thrice-rejected Brexit deal, which emerged earlier this year after long talks with Labour – but which May never tried to put to Parliament before she resigned.

This amendment, proposed by a cross party group led by Labour MP Stephen Kinnock, was hotly contested and about to be voted on by Parliament. Even as MPs were leaving the chamber to cast their votes, it was automatically passed on a procedural technicality after nobody volunteered to count the “no” vote.

It was unclear whether the absence of tellers was a genuine accident, or a Machiavellian ploy by the government.

The no-deal bill passed by 327 votes to 299, with oppositon MPs plus 21 Tory rebels expelled from the Conservatives the night before – plus another rebel still in the party.

Meanwhile, the House of Lords was mired in an apparent government-ordered filibuster ahead of beginning debate on the no-deal bill, with scores of amendments threatening to take days of debate.

If the debate drags on too long then Parliament will be prorogued (suspended) before the bill becomes law. However observers said this was unlikely, as the unelected House of Lords is very reluctant to be seen to overturn the will of the elected Commons.

Earlier, Boris Johnson fronted Parliament for his first Question Time, which focused on the issues of Brexit and the election.

Johnson mocked the opposition leader as a "chlorinated chicken" for his refusal to vote for an immediate election.

At one point he appeared to call Corbyn a "big girl's blouse" under cover of Commons shouting. He said the no-deal bill was Corbyn's "Surrender Bill".