This is the shocking moment a gang of masked thieves armed with golf clubs attempt to steal a car in front of security guards.

Footage, captured yesterday at the Royal Mail Distribution Centre on Riversdale Road, in Atherstone, North Warwickshire, shows the thugs emerge from a dark blue Vauxhall and attempt to steal a lime green Ford Focus in the car park at 11.20am.

After failing to hotwire the parked car, the brazen thieves return to their getaway car and hastily drive away- all the while being filmed by members of staff in broad daylight. 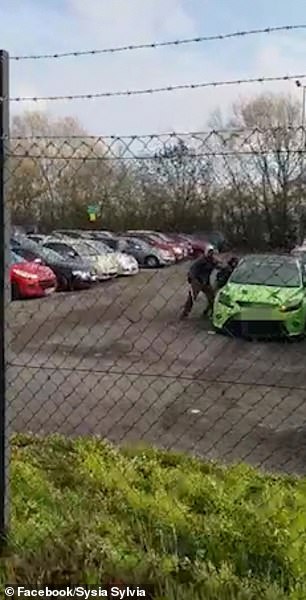 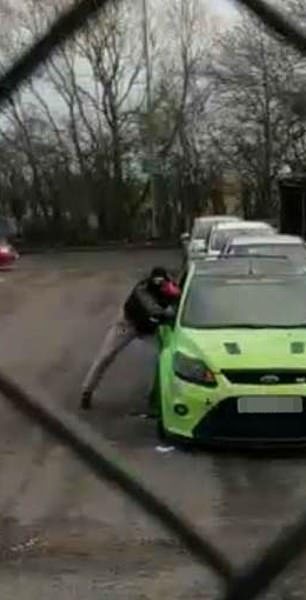 This is the disturbing moment a gang of masked thieves attempt to steal a Ford Focus at the Royal Mail Distribution Centre on Riversdale Road, in Atherstone, North Warwickshire 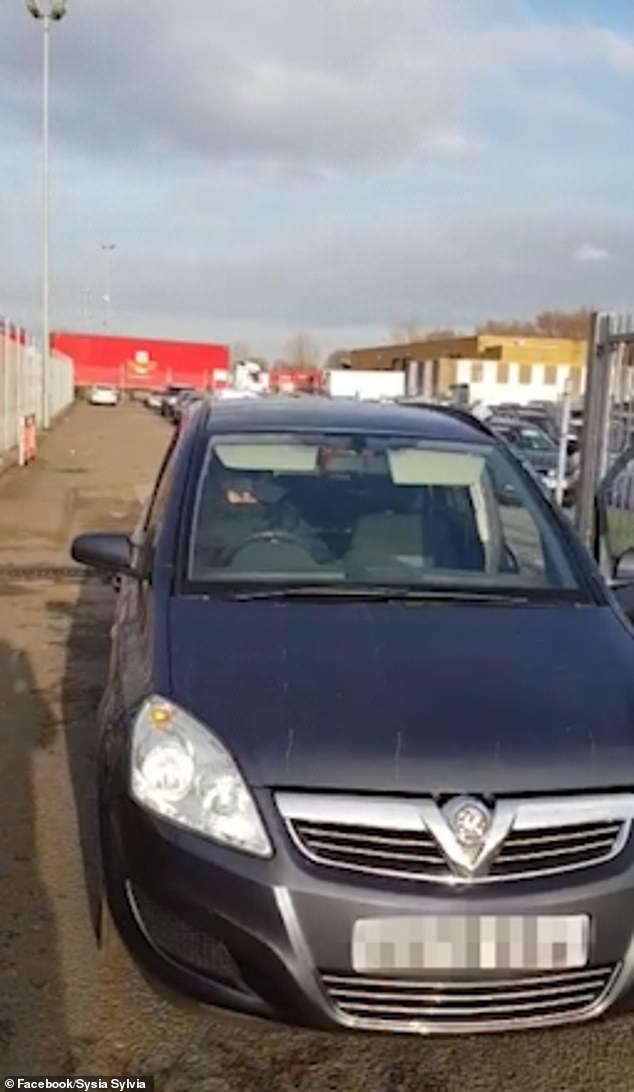 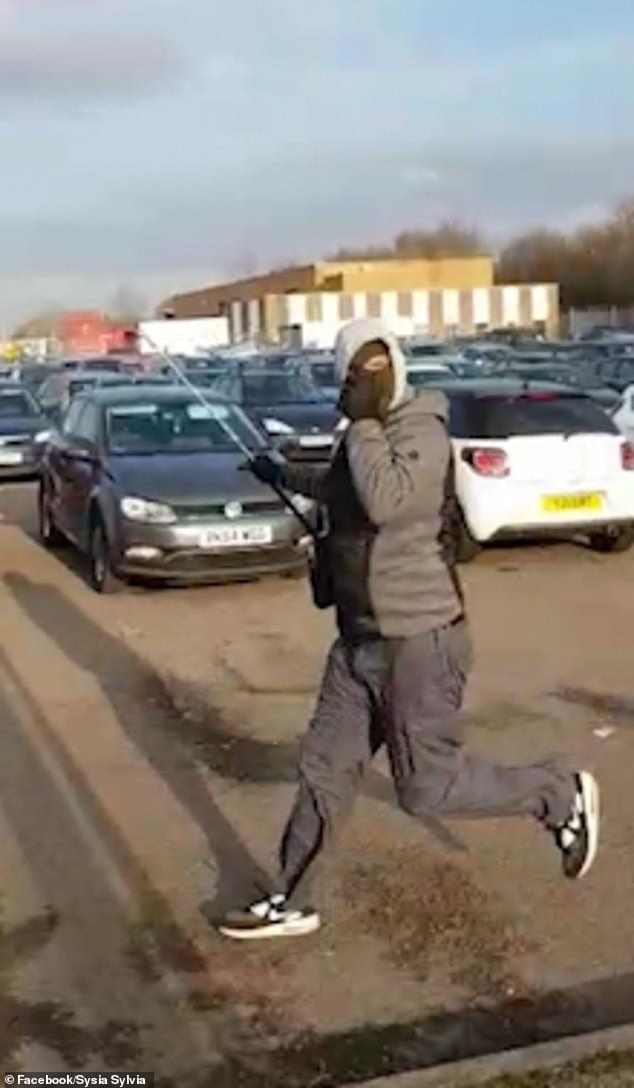 During the clip, the masked thieves emerge from the getaway car and run towards a parked lime green Ford Focus in the car park before smashing the driver’s window.

Two of the thieves poke their heads through the now smashed window in an attempt to flee with the high-value car.

The thugs continue in their pursuit to steal the green car but after multiple failed attempts rush back to their getaway car and flee the scene inside the dark blue Vauxhall.

As staff try to stop the brazen thieves, one of the thugs turns around baring a golf club and threateningly shouts: ‘You know the best thing to do pal. Move.’

Owner of the green Ford Focus, Adam Feely, told the MailOnline that the thieves had smashed one of the windows of his car and damaged a door but were unable to start the car due to its anti-theft system. 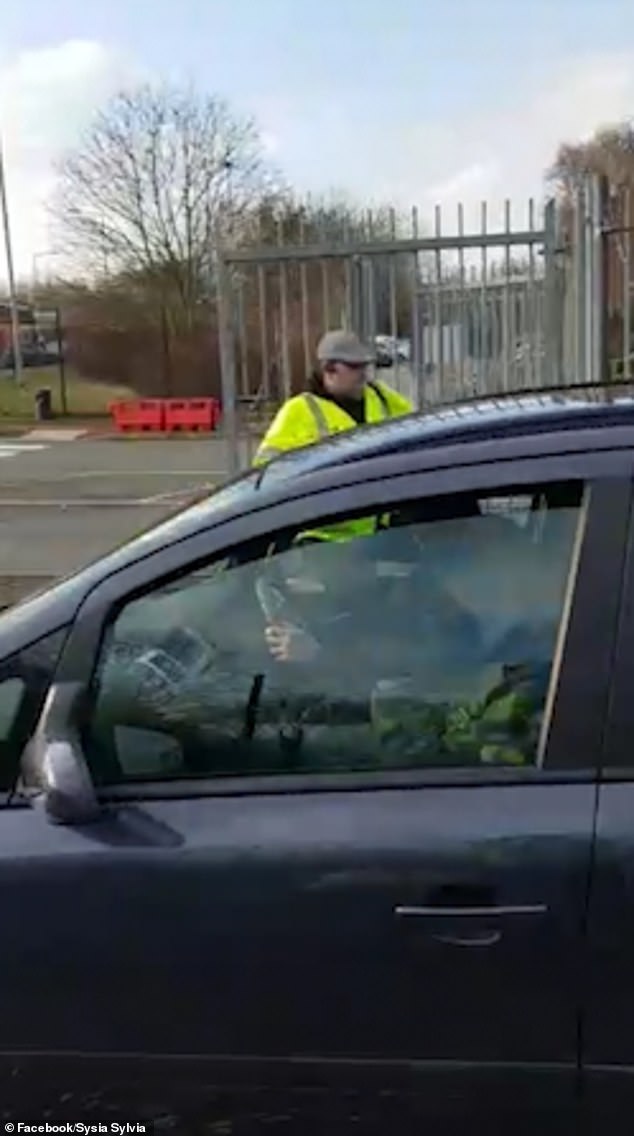 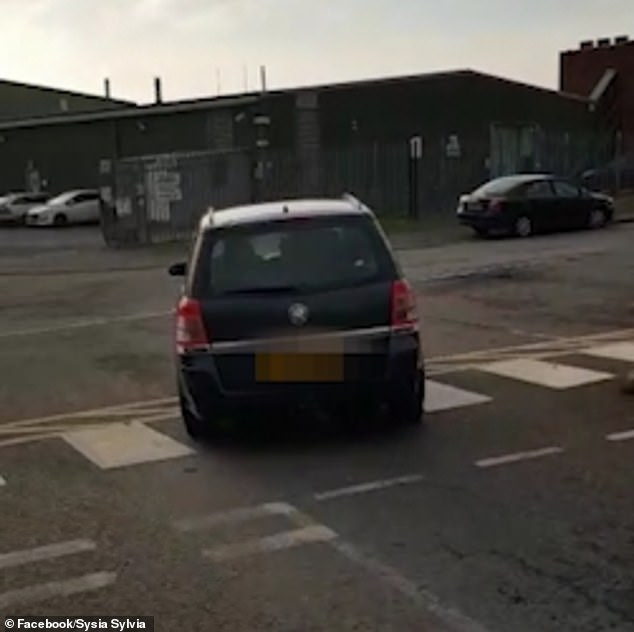 The thieves flee the scene in the Vauxhall as security guards stand by. The police are now investigating the attempted theft

He added: ‘They stole the Vauxhall Zafira from a nearby golf course and changed the number plates.’

Footage of the vicious theft was shared on social media last night by Mr Feely’s girlfriend, Sysia Sylvia, under the caption: ‘Anyone know them? Reward Waiting’. 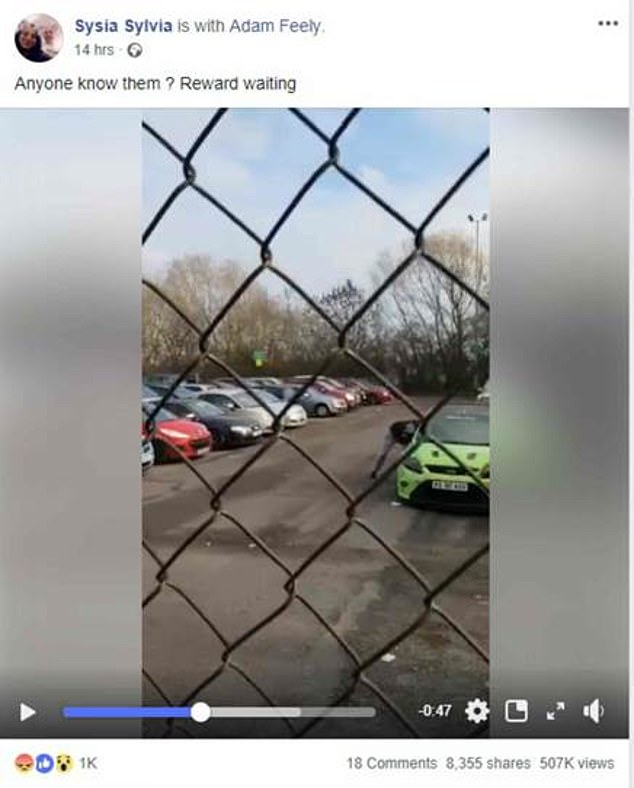 Following the incident Sysia Sylvia posted the video on Facebook. It has since received more than 500,000 views 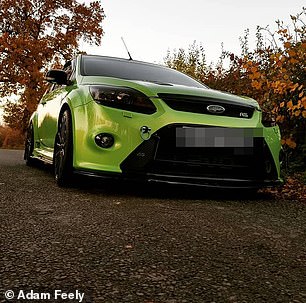 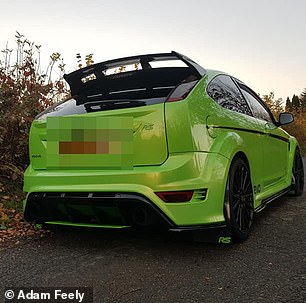 Warwickshire Police have confirmed they are investigating the attempted theft of a Ford Focus from the Royal Mail facility on Riversdale Road.

A spokesman for Warwickshire Police said: ‘This was the attempted theft of a Ford Focus in Riversdale Road, Atherstone, at 11.28 yesterday.

‘Two men got out a car and attempted to steal it. Anyone with information that could help police with enquiries should call 101.

‘Alternatively, information can be provided anonymously to the independent charity Crimestoppers on 0800 555 111.’