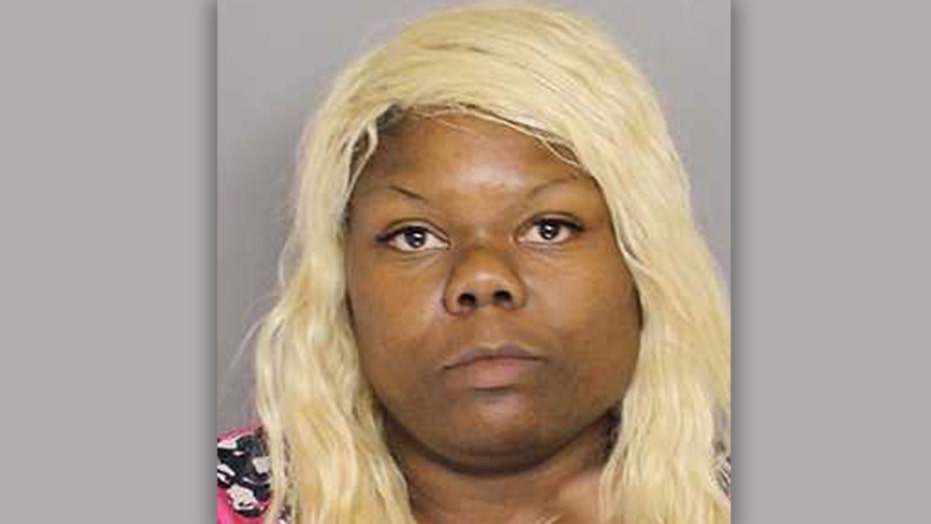 The sounds of two women engaged in what those nearby believed to be a fight inside a Maryland hotel room Monday reportedly led to a surprising sexual confession, a visit from police and gunfire.

When two employees at the Days Inn in Towson received a call from one of the hotel's rooms, they heard in the background a commotion — that they said sounded like fighting — leading the business' security guard to call police.

Officers responded to the hotel room, and spoke with two women who were reportedly staying there — but they said they weren't fighting, they were just having sex, according to WMAR.

The women were subsequently ordered to leave the hotel. After they left, one of the women went back to the room for a forgotten cell phone, while the other allegedly began to fight with hotel staff. 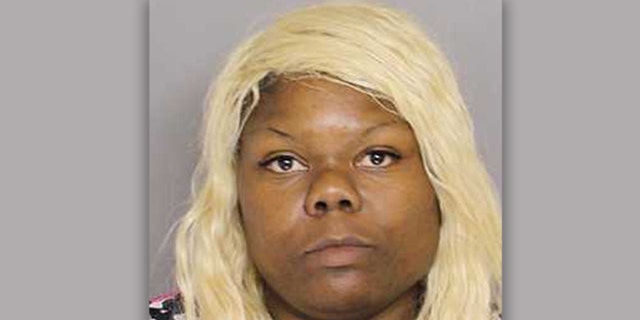 Allison Daughtrey, 34, was arrested on Monday after allegedly getting into an argument with a hotel security guard.
(Baltimore County Police Department)

That's when it's alleged that Allison Daughtrey, 34, pulled out a gun and pointed it at the hotel's security guard, who reportedly tried to take the gun away and wrestle Daughtrey to the ground. During the chaotic scene, the gun fired and hit a door frame.

A police officer from Baltimore County who was nearby and heard the gunshot ran into the Days Inn and arrested Daughtrey — who allegedly bit the security guard during the incident.

Daughtrey denied she purposely fired the gun, telling The Baltimore Sun: “If I intended to ever use the gun, I would never have missed the target."