After a week of pulling sodden carpets and mud-coated furniture from flooded homes, the grassroots volunteer group Flood Warriors that sprang into action to help Maribyrnong residents has had to stand down from the clean-up after experts were sent in. 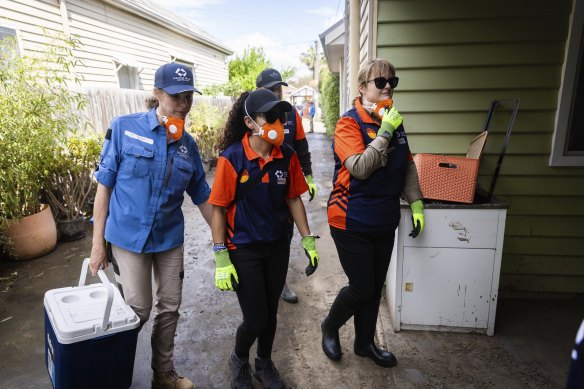 More than 50 Disaster Relief Australia staff and volunteers, most with a background in the military and emergency services, flew in from outside Victoria and started their work in Maribyrnong on Saturday. They will later move to regional flood-hit areas.

Flood Warriors volunteers, who had been on the scene since October 15, say their efforts ground to a halt on the weekend when they were asked by authorities to stop entering flooded houses due to a risk of asbestos contamination, with one saying “it put their fear in me”.

The Environment Protection Authority released an asbestos fact sheet on Sunday warning the toxic material could become exposed by floodwater.

A State Control Centre spokesperson denied any “formal advice or notice was issued” to stop volunteers from participating in flood recovery.

Flood Warriors founder Kitty Scott said many volunteers were upset by the asbestos news and there was some frustration at being usurped so suddenly more than a week into their work.

“My volunteers hit the roof because it’s a tad late,” she said. “There’s a lot of anger.”

She wished she had been given a chance to discuss how volunteers could work with officials, but she stressed she had no problem handing over the clean-up because the group had grown too difficult to manage.

“We need structure, we need professionals, we need someone to be in charge,” Scott said. 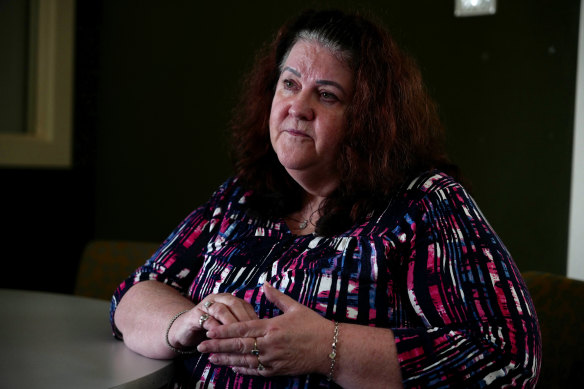 While all volunteers were well-intentioned, Scott said, some had gone rogue by giving financial advice or advocating for vulnerable residents without the qualifications to do so.

“Some of them didn’t take direction well,” she said.

There had also been occasions when volunteers accidentally threw out residents’ wanted belongings.

The Flood Warriors Facebook group had taken off, attracting more than 3000 members within a week, and Scott said it had become messy to run.

Her plan is to now use it as a community notice board where people can reach out to volunteers for supplies, or share information.

Disaster Relief Australia crews have cleaned up almost 50 homes in the past 48 hours and about 400 community volunteers have registered to join their co-ordinated effort.

Some Flood Warriors members were signing up, while some more disgruntled factions would not.

Chris Perrin, Disaster Relief Australia’s general manager of field operations, said his organisation had been asked to manage community volunteers after floods in Queensland and NSW because it is common for well-intentioned movements to become chaotic or unsafe. 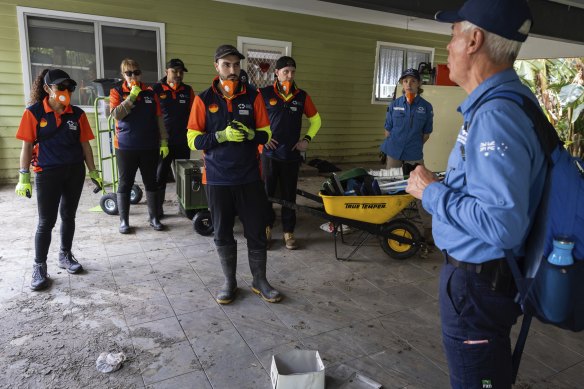 “There aren’t many organisations that do it because it can be a bit difficult,” Perrin said. “The community often mobilises very early in the piece after a big event to get in and help … generally when the emergency services are busy and don’t have the capacity.”

Disaster Relief Australia crews are trained to do risk assessments of properties, remove mould and identify asbestos. Perrin said asbestos had not been a big problem in Maribyrnong.

The organisation, which is expecting to operate in Victoria for months, offers insurance and safety briefings for registered volunteers.

“We’re not barking orders at people, but we have processes based on what works,” Perrin said.

“They’ll often find that when they come into a day with us, they’ll achieve more and have helped more people.”

“Warrior” Tanya Williams, a single mother from Ascot Vale who put her human resources job on pause for the past week, said she felt disappointed by the takeover but somewhat relieved because pressures had been mounting.

“We’ve done the best we can … but there was a lack of leadership on the ground,” she said. “It needed a bigger organisation to step in.”

Over the past week, Maribyrnong residents have been expressing gratitude for the support of Flood Warriors volunteers.

Maribyrnong City Council chief executive Celia Haddock commended the efforts of community volunteers but said the “enormity of the task in front of us” called for guidance from experts.

A State Control Centre spokesperson thanked community members for their help. “We ask that they be cautious and … prioritise the safety of themselves and our emergency service personnel,” they said.