They may be the biggest football club in the world but that hasn’t stopped Manchester United waging a war with a married couple from Oxford.

Alex and Sian Pratchett, known as Panini Cheapskates on Twitter, have been making deliberately bad and ‘wonky’ drawings of footballers in the style of the iconic Panini albums.

The couple have built up a cult fan base, with more than 28,000 followers and 1,900 sales on Etsy of their parodies of the iconic football stickers. 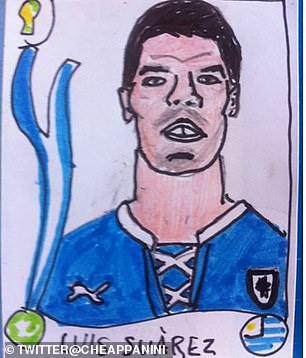 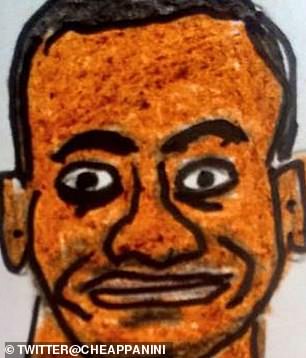 But Manchester United have taken issue with their doodles of stars such as David Beckham, Wayne Rooney and Ryan Giggs, saying they infringe their intellectual property rights.

Panini Cheapskates said on Twitter: ‘Sad times. Man Utd got in touch and made us stop selling our wonky drawings of their ex-players.

‘They sent us a bunch of trademark numbers, including some that relate to their badge. So they’re saying that this is intellectual property theft.’

Mr and Mrs Pratchett have raised around £14,000 for charity with their sticker art although the Manchester United drawings were for profit.

They raised £4,500 for charity with their doodles during the 2016 European Championships and have donated money to Stonewall, Cancer Research UK and Macintyre, a charity for people with learning disabilities.

But Manchester United said: ‘While we understand the situation with Panini Cheapskates, permission to use the club’s intellectual property can only be granted to its official licensees or partners. 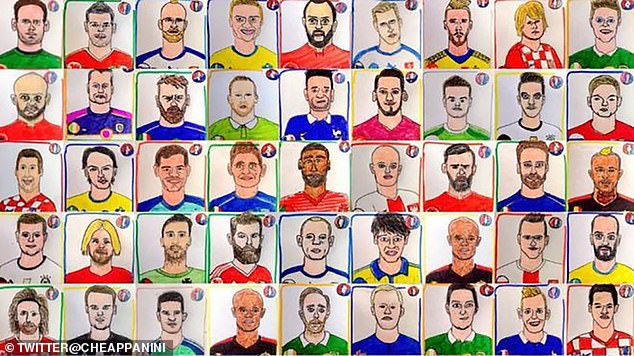 Alex and Sian Pratchett have been making deliberately bad and ‘wonky’ drawings of footballers in the style of the iconic Panini albums. Pictured: some of the couple’s efforts for their 2018 World Cup stickers 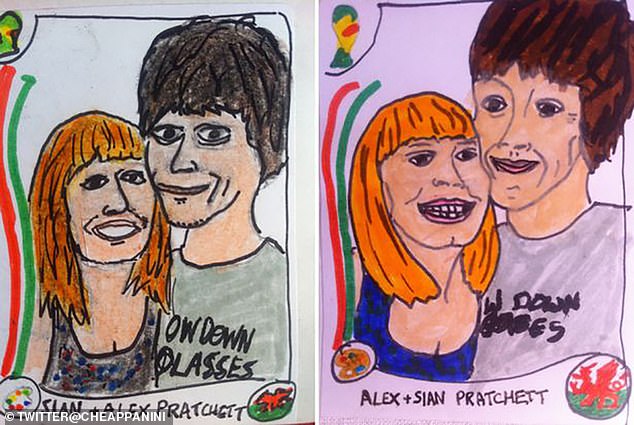 ‘Because Panini Cheapskates’ items featured the Manchester United word mark, Etsy.com removed them from their site.’

When asked if they would mount a legal challenge, the artists said: ‘Looking into it, but it doesn’t look promising. Ah well.’

Panini Cheapskates have drawn around 1,500 players and offer drawings of many other Premier League clubs including Arsenal, Chelsea and Liverpool.

But Manchester United are the only club to have made a complaint.

Since then, Panini Cheapskates have released new drawings called Man Red without a club badge.

Manchester United refused to comment on these new drawings.

Got, got, need: The story of Panini

For many, half the fun of a World Cup is in collecting stickers of the players rather than watching the football.

But how did this trend begin?

The Panini brothers set up a company in Modena, Italy, in 1961, selling trading cards, magazines, comic books and stickers. 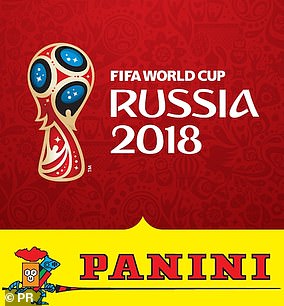 Their football cards became very popular and at the 1970 World Cup in Mexico, they formed a partnership with FIFA to produce a sticker album, although this wasn’t released in the UK.

Since then, Panini have released a sticker book for every World Cup.

Phrases such as ‘got, got, need’ became popular as children swapped with each other to complete the book with players from every national team in the competition featured.

But it is an expensive hobby and it has been calculated that it could have cost as much as £773.60 to fill the 2018 Russia World Cup album.

During the competition, Panini produced as many as 10 million card packages per day.

There were 682 stickers to collect and only five in each pack.