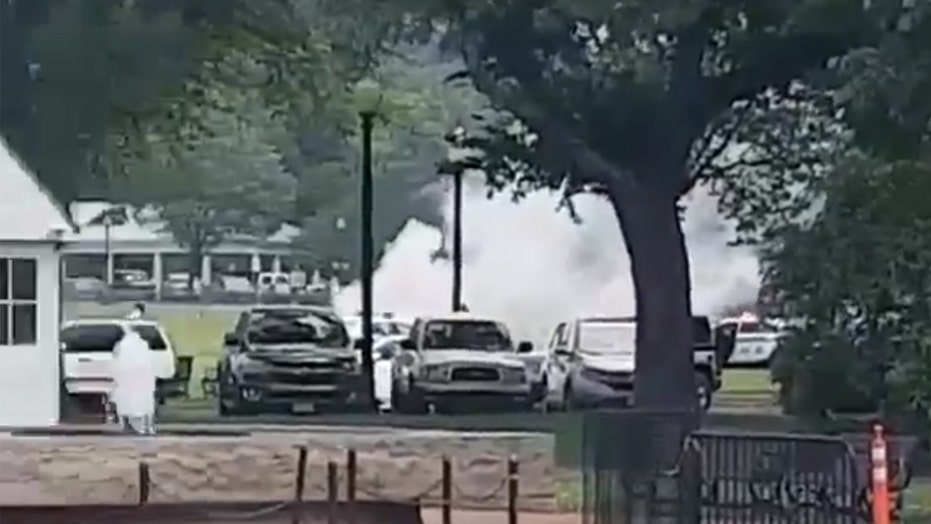 Fox News Flash top headlines for May 29 are here. Check out what’s clicking on Foxnews.com

A man lit himself on fire in a park outside the White House on Wednesday, prompting a large emergency response, officials said.

The Secret Service tweeted the incident happened around 12:20 p.m. on The Ellipse, near 15th Street and Constitution Avenue south of the White House.

"At approximately 12:20 p.m. a man lit himself on fire on the Ellipse near 15th and Constitution Ave., Secret Service personnel are on scene assisting @NatlParkService and @usparkpolicepio in rendering first aid," the agency wrote.

SECRET SERVICE DIRECTOR TO STEP DOWN, ON HEELS OF NIELSEN RESIGNATION

A man who said his daughter witnessed the incident said the person had been running through the park before setting himself ablaze.

Berzins also posted a video, which showed a person engulfed in flames.

"Video of the person that was literally engulfed in flames on the #WhiteHouse lawn," Berzins wrote. "Unbelievable."

The Secret Service said in a statement the unidentified man was being transported to a local hospital. His condition was not immediately known.

A similar incident happened last month when another man set himself ablaze while positioned along the White House’s North Fence Line.

The suspect was “operating an electric wheelchair-type scooter” when officials say he set his outer jacket on fire, the Secret Service said at the time.

This is a developing story. Check back for updates.