A FLORIDA man is making fun of the nation's toilet paper obsession during the coronavirus pandemic – by hanging a giant roll in his front yard.

Donald Ryan, said he hung the giant roll between two trees outside his home Collier County to make his neighbors laugh as shoppers panic-buy during the COVID-19 outbreak. 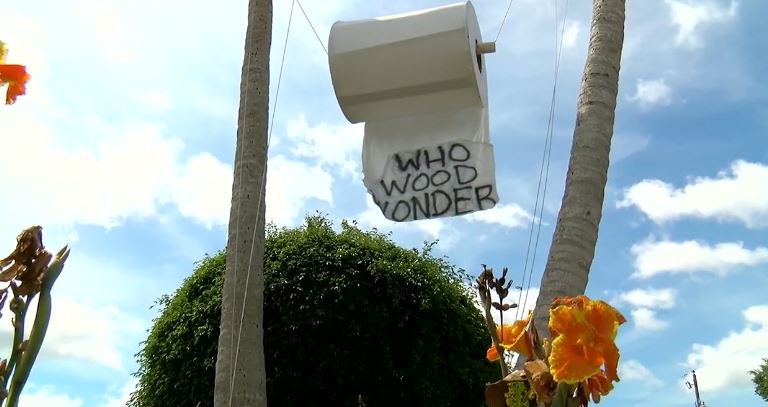 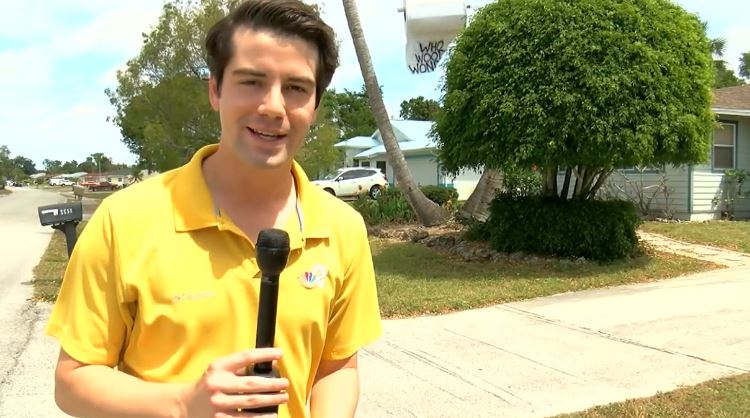 He said he put it up to poke fun at the nationwide rush to buy as much toilet paper possible.

"I think the whole idea is crazy, the toilet the paper phenomena," Donald said.

"Everybody loves it. I got a couple that says, "We'll trade ammo for toilet paper".

"That sounds kind of crazy. I don't even have toilet paper myself," he continued – adding he only has three rolls of paper left in his house.

The tree decoration also doubles as an advertisement for his craft business, Who Wood Wonder.

Regardless, something is usually hanging among the greenery.

"I've had the pulleys in the trees all along ‘cause I do Christmas decorations up there and Halloween and Easter and all kinds of things, so I just put it to use."

Supplies of toilet paper are still limited in stores in the region and even across America.

There have been reports of desperate shoppers hijacking trucks full of toilet paper or fighting in stores to get their hands on rolls.

But the homeowner hopes people can see the funny side of the situation.

“Of course it’s the most important thing. You got to laugh or you’re going to just drive yourself crazy,” he continued. 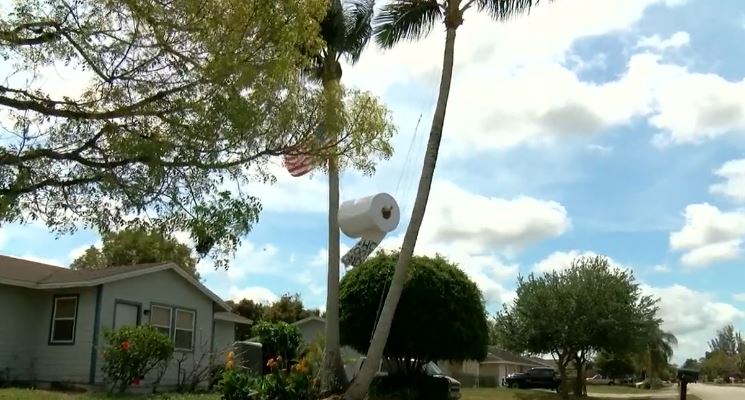