A MAN hid his secret lover in his parents' house for more than 11 YEARS over fears they would disapprove of her.

Rahman Khani even rigged his bedroom door handle with electricity to keep his mother, father and sister out. 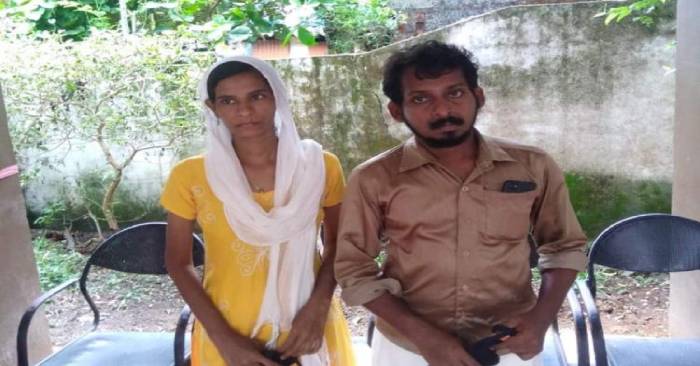 The 34-year-old, from Kerala, India, ran away with Sajita, 28, in 2010 amid fears their relationship would not be accepted by the local community.

He then sneaked her into his family home in Ayiloor where they lived together for more than a decade without anyone else knowing, reports the GDN.

Rahman would lock his room whenever he left the home and its window was used as a covert exit for Sajita so she could escape her confinement at night.

When Sajita suddenly vanished more than a decade ago police launched an investigation but the trail soon went cold.

Earlier this year, Rahman and Sajita decided to move to their own place without telling his family.

His mum and dad then filed a missing person case, which led police to look for Rahman.

They found him in nearby Nenmara and when questioned he said he and Sajita had moved to their own house after hiding their relationship for 11 years.

Although the police at first refused to believe the bizarre claim, they were convinced when they visited the family home.

Officers examined the room in which the lovers lived for 11 years and found evidence to show Sajita had been there.

Local Police Officer Deepa Kumar said that Sajita and Rehman kept their relationship a secret as they belonged to different religions.

"This story sounds pretty unusual, however, the duo were taken to Rehman's house and it was there where he told us how Sajita had been secretly in the same room for so many years", he said.

The couple were later summoned them to court, where they were granted permission by a judge to live together.