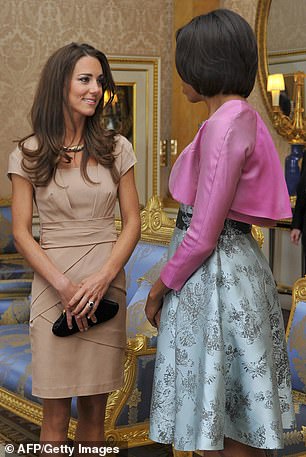 Royal favourite: The Duchess of Cambridge holds an Anya Hindmarch clutch bag as she meets Michelle Obama in 2011

Anya Hindmarch, a luxury handbag brand favoured by Kate Middleton, has been put up for sale after losing £28.2million.

The firm’s Qatari owners have abandoned the London-based firm in the latest sign of struggles for the Duchess’s high street favourites after LK Bennett went into administration last week.

The brand, founded by fashion designer Hindmarch in 1987, made heavy losses in 2017 and reported a 10 per cent decline in revenue, at £37.2million.

The Duchess of Cambridge showed her fondness for the brand in one of her earliest engagements after her 2011 wedding to Prince William.

Meeting then- U.S. President Barack Obama and his wife Michelle at Buckingham Palace, the newly-created Duchess carried a black clutch bag from the label.

The same year she  took a gold Anya Hindmarch clutch bag with her her new husband play in a charity polo game in California – while wearing LK Bennett heels.

During a tour to Canada that summer she also showed off a red straw fan version, matching it with a red maple leaf hat to mark Canada Day.

The following year she carried a £495 clutch designed by the luxury brand to an event in honour of the Scott Expedition to the South Pole.

Within hours of the event in London the Anya Hindmarch bag – as well as her blue Rebecca Taylor suit – had sold out online. 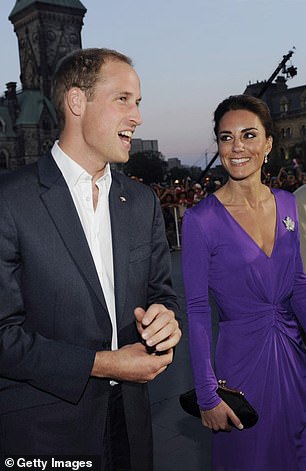 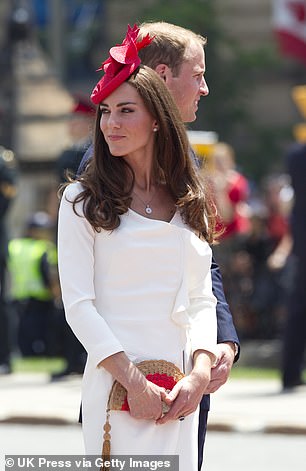 Early favourite: Kate showed off her love of the brand soon after she became a Duchess, carrying a satin clutch (left) and straw fan version (right) during a trip to Canada

In 2015 Kate showed off a £450 satin black clutch by the label as she joined top female executives at a 100 Women in Hedge Funds event at London’s V&A Museum.

Sarah Ferguson, the Duchess of York, has also been seen carrying the luxury brand’s products.

In 2016 she arrived in Sydney with a personalised bag Anya Hindmarch showing the faces of her daughters, Beatrice and Eugenie. 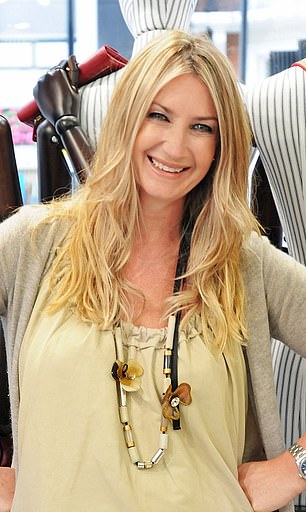 The £225 tote bag featured a black-and-white photo of the two princesses in a moody pose.

A similar creation – which the Duchess was seen carrying in 2015 – featured a photo of Beatrice and Eugenie as children wearing matching dresses and bonnets.

Princess Eugenie herself also took a silver Anya Hindmarch clutch with her when she attended Pippa Middleton’s wedding in May 2017.

Her sister Beatrice has also been spotted with the brand’s designs, carrying one of them to the Royal Family’s Easter Sunday service in 2016.

In 2016, Anya Hindmarch expanded its accessories range into the menswear market.

Ms Hindmarch, 51, who received an MBE from the Queen in 2009 and a CBE from Prince Charles in 2017, is expected to stay on as the brand’s chief creative officer after the sale.

She also joined the Queen in the front row at London Fashion Week in February last year alongside industry heavyweights such as Anna Wintour.

A source close to the firm said the decision to sell was a mutual one between Ms Hindmarch and the Qataris.

The Qatari royal family’s investment fund had bought a £27million controlling stake in the firm in 2012. 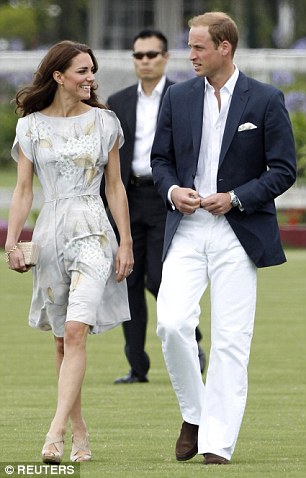 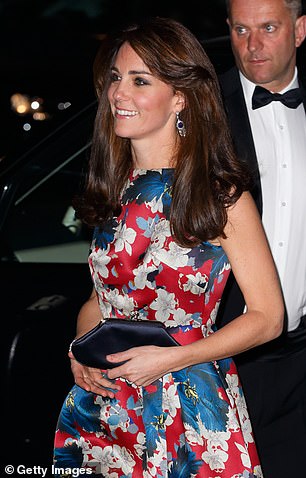 Through the years: Kate with an Anya Hindmarch bag in 2011 (left) as she prepares to watch her new husband play polo, and carrying a £450 black clutch from the brand in 2015 (right) 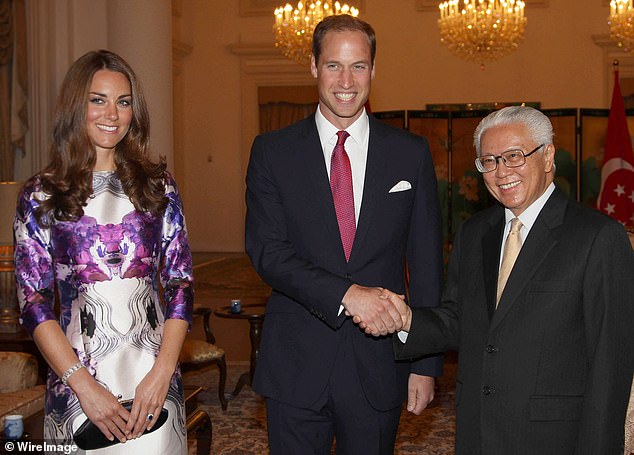 Around the world: Kate with a £450 Anya Hindmarch clutch in 2012 as she joined her husband William and the President of Singapore on a visit to the Asian country 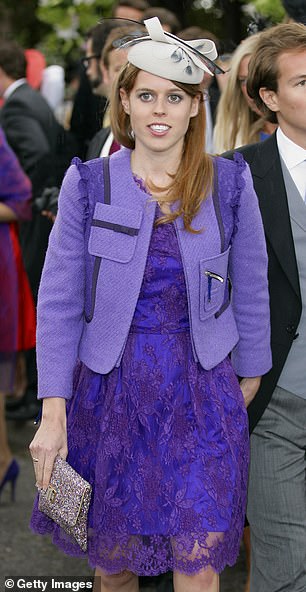 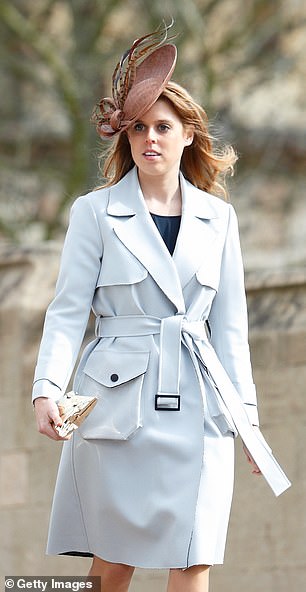 Favourite across the family: Princess Beatrice has also been seen with the brand’s creations, left at a 2011 wedding and right at an Easter Sunday service in 2016

The source said the company’s cash position has now ‘stabilised’ and it has ‘materially reduced losses’, putting it on better footing.

It is understood to have reduced losses since then by slashing costs and putting more of an emphasis on online sales.

Private equity firms and rival brands are understood to be interested in buying the company, which has more than 30 stores.

LK Bennett was the latest in a line of big names to become casualties in the bloodbath on the high street.

The UK’s largest toy shop Toys R Us went into administration in February 2018, leading to an estimated 2,000 redundancies and Marks and Spencer announced plans last May to close 100 stores by 2022.

Fashion brand Orla Kiely, another favourite of the Duchess of Cambridge, also went out of business with debts of more than £7.25m (€8.1m) last year.

Shoppers at LK Bennett claim its clothes became too expensive once Kate Middleton started wearing them, beginning the downfall of the high-end high street fashion brand.

MailOnline revealed last week that the company’s founder has told staff it is heading for administration, putting 500 jobs at risk.

The Duchess of Cambridge’s favourite high street brand is now working with Ernst & Young to help decide the ‘best way through’ the upcoming ‘difficult and unstable times.’

Its undoing was blamed by commentators on high prices and a failure to compete well enough with rivals offering same or next day delivery services.

She thanked staff for their ‘hard work and dedication’ and added that she didn’t regret returning to the brand in 2017 to try and ‘reinvigorate’ the label.

Branding expert Claire Shiels told Femail: ‘Celebrity endorsement is the holy grail for any retailer, although it can bring with it as many problems as benefits.

‘Having your high street label worn in public by one of the world’s most photographed women can prove to be a nightmare if you’re not forewarned, which is usually the case with Kate Middleton.

Ms Shiels added: ‘The problem for labels with Kate in particular, is that she chooses staple wardrobe items that are typically priced at the higher end for high street retailers and wears them more than once.

‘This means that typically, her fashion followers will only purchase one item per season, rather than buying into the brand and shopping with them all year long.’

Fashion commentator Karine Laudort also told MailOnline: ‘The Duchess of Cambridge may be a fan but the everyday woman in Britain may think twice before spending an extra £100 on a outfit,