The new pecking order released following Boris Johnson’s reshuffle shows that Ms Truss has surged up the league table from 11th – her position in her previous job as International Trade Secretary – to fourth.

The list, which is calculated by the Cabinet Office based on a combination of the seniority of the portfolio and the length of time they have served in the Cabinet, is keenly scrutinised by Ministers because convention holds that for discussions crossing departments, the lowest-ranked Ministers must visit the offices of those higher up the ladder. 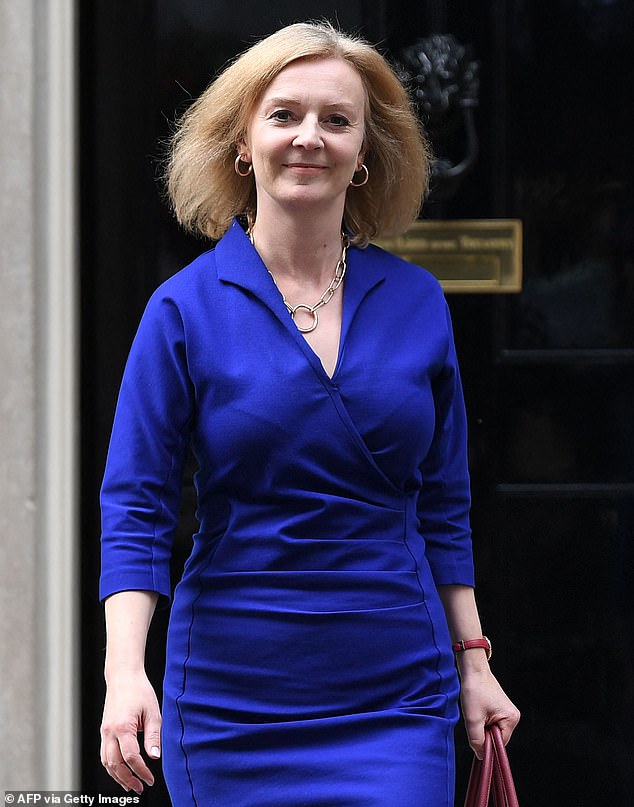 The Foreign Secretary’s surge has knocked Ms Patel down from fourth to fifth.

Meanwhile, the attempt to mollify Justice Secretary Dominic Raab over his removal from the Foreign Office by giving him the additional title of Deputy Prime Minister obliges No 10 to place him second behind Mr Johnson himself. That has resulted in Chancellor Rishi Sunak falling to third.

When he was Foreign Secretary, Mr Raab also held the position of First Secretary of State, which one senior Minister last night claimed meant that he outranked the Chancellor – ‘or at least, he should have done’.

Despite heavy Government briefing that his job as Levelling Up Secretary amounted to a promotion from Cabinet Office Minister, Cabinet watchers noted that Michael Gove was actually ‘levelled down’ from fifth to seventh. 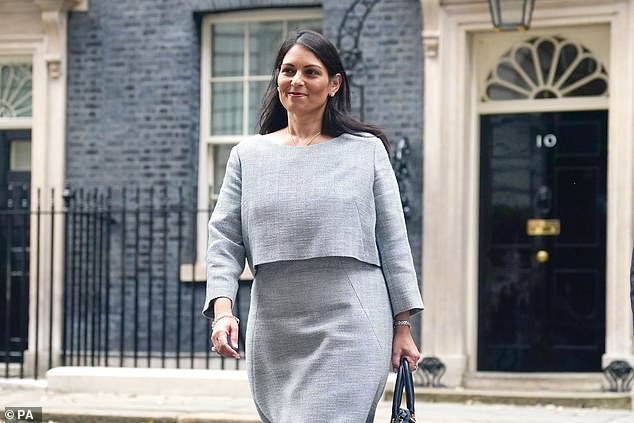 However, sources last night said that Mr Gove’s demotion – and Oliver Dowden’s lowly ranking of 23 as Tory chairman – ‘in no way represents their importance to the PM and the Government’.

‘Oliver is far more influential as party chairman than he was as Culture Secretary,’ the source added.

Another Cabinet riser is Stephen Barclay, whose promotion from Treasury Chief Secretary to Cabinet Office Minister and Chancellor of the Duchy of Lancaster took him from 24th place to ninth.

Jacob Rees-Mogg suffered the minor indignity of dropping a place from 25th to 26th, even though he was not moved from his familiar role as Commons Leader.

For MPs making their first entry into the Cabinet, Nadhim Zahawi was rewarded for his successful work as Vaccines Minister.

His new berth as Education Secretary puts him in 14th position, looking down on many colleagues who have served for much longer.

New Culture Secretary Nadine Dorries, formerly a Health Minister, was also brought in from outside the Cabinet to take 21st position around Mr Johnson’s top table.