The Albanese government will take its first steps towards holding a republic referendum by undertaking a national consultation tour to shape a future campaign to cut ties with the monarchy.

Assistant Minister for the Republic Matt Thistlethwaite said a successful independence push would not pit Australians who have affection for the royal family against those who don’t, or monarchists against republicans. Rather, it should embody shared aspirations for a prosperous and mature nation. 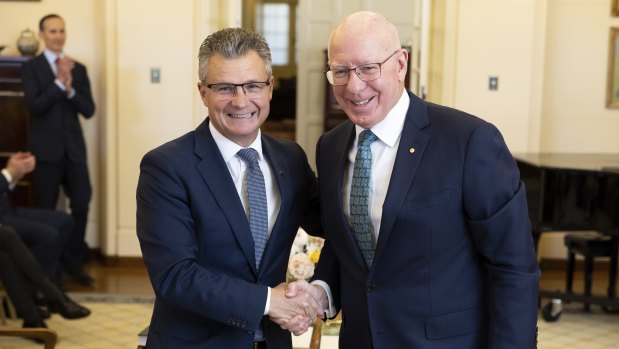 To do so, Thistlethwaite said it was crucial to speak to as many people as possible – particularly younger Australians and immigrants, and those who voted no at the 1999 republic referendum – about why many were unenthusiastic or opposed the change.

“We’re on a journey to maturing and becoming independent. The first step is a Voice to Parliament … and the second is an Australian head of state. I’m doing the legwork and work behind the scenes to make sure that second step is a success,” he said.

“This consultation is part of that. 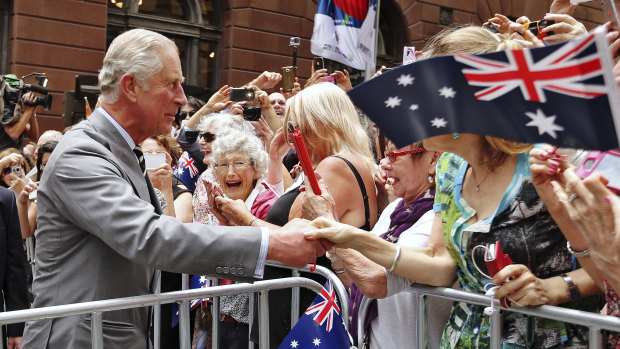 Then-prince Charles meets wellwishers during a visit to Sydney in 2015.Credit:News Corp

The round of talks will occur over the first half of 2023 and be run by the Attorney-General’s Department. Key findings and trends will be collated to help inform the government’s approach to holding a referendum, which it has flagged for a second term should it win the next election.

Australia’s republican movement is at perhaps its most dynamic moment since the failed 1999 referendum. Queen Elizabeth II’s death spurred renewed debate about Australia’s attachment to Britain, the peak body for republicans is welcoming a new generation of leaders, and the new federal government has appointed Thistlethwaite as the first assistant minister to advance the republic.

Despite attitudes shifting rapidly on controversial issues such as same-sex marriage and abortion, support for a republic remains relatively weak. Thistlethwaite said people who were too young to have engaged with the 1999 debate and new migrants were the key to future success.

“My focus will be trying to work out what went wrong in 1999, how we can avoid those mistakes again and how we get closer to sorting out a model that will ultimately be successful,” he said.

The Australian Republic Movement’s outgoing chair, Peter FitzSimons, also a columnist for The Sydney Morning Herald, said it was “wonderful to have, for the first time in over a quarter of a century, the government of the day pushing for this most basic of all causes”.

“And it is not just their enormous resources that will make the difference, but that they are indeed the government – not speaking from opposition, but saying this is what is going to happen,” he said.

But Australian Monarchist League chairman Eric Abetz, the former Liberal senator, said it was wrong for the government to fund what he viewed as a “propagandising” exercise.

“It’s unacceptable the government goes and uses taxpayer money in what is clearly a partisan campaign and does not provide equal support and funding for, if opinion polls are anything to go by, the majority who oppose any proposed change,” he said. 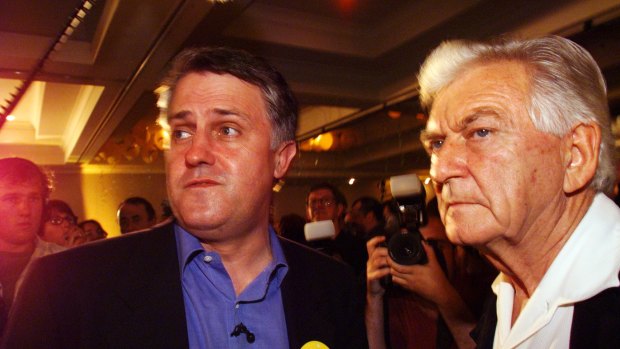 The 1999 referendum was crippled by a fissure between republicans who favoured a head of state elected by voters, and those who preferred the leader to be elected by Parliament. Thistlethwaite said he was open-minded about the model proposed at the next referendum.

The Sydney MP said he was considering establishing so-called citizens’ assemblies to decide on the best election model. These would comprise randomly selected large groups of Australians debating expert research, hearing different views and, over the course of weeks or months, making a non-binding recommendation to the government. Thistlethwaite said similar forums had been used in Ireland to debate vexed policies like abortion.

Thistlethwaite anticipated the coronation of King Charles III in May 2023 would highlight to Australians the reality of the country’s head of state being chosen by birthright.

However, in comments that set him apart from republicans with a more muscular stance towards the royal family, Thistlethwaite said a referendum campaign would not win by attacking royals. 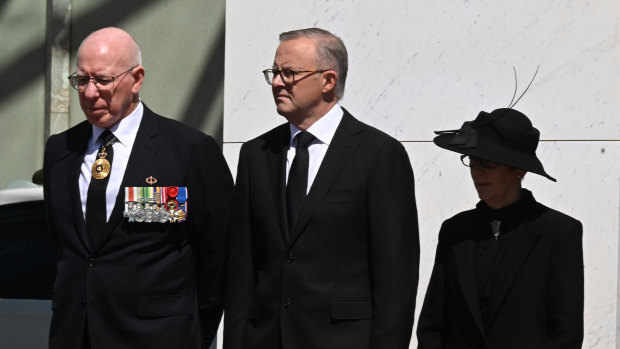 “I appreciate the deep affection people had for Queen Elizabeth. For many Australians, the royal family is something dear to their hearts,” he said.

The assistant minister said he had spent a lot of time thinking about how an Australian head of state would be relevant to people’s everyday lives. He argued the actions of Governor-General David Hurley – who did not inform the public about then-prime minister Scott Morrison’s secret swearing-in to several ministries during the pandemic – illustrated the practical effect of the problem.

“The governor-general is accountable to the queen or king, not the Australian people. That is the crux of the problem,” he said.