The 23-year-old is launching his own acting career but has ditched the action hero’s surname in favour of that of his late mother, Natasha Richardson.

Micheal, who was just 14 when Natasha died from a head injury on a ski slope, has crowd-funded an online film series called On Our Way, in which he appears under his new moniker.

The latest episode, Entree Des Artistes, echoes Micheal’s painful past as he plays a young man trying to come to terms with the death of his mother. 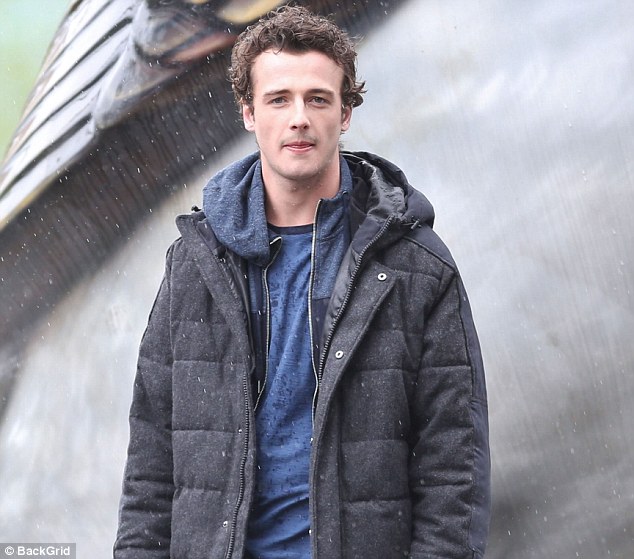 Liam Neeson’s son Michael, pictured, has ditched the action hero’s surname in favour of that of his late mother, Natasha Richardson 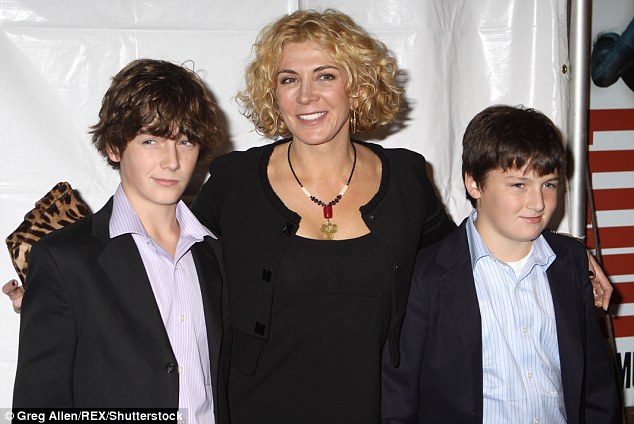 Micheal (left, with mother and brother Daniel), who was just 14 when Natasha died from a head injury on a ski slope, has crowd-funded an online film series called On Our Way

How should a woman turn down an admirer in the Me Too era?

Tatler cover girl and illustrator Sabrina Percy, 28, advocates a very blunt response. ‘When guys come up to me and say: “I want to buy you a drink”, I say, “I’m so not interested it’s unreal.”

‘I wouldn’t want them to buy me a drink if I didn’t want to sleep with them,’ she tells me, ‘because it would be a waste of money.’

Equality is going too far for Downton Abbey actress Joanna David. The 71-year-old, married to The Day Of The Jackal star Edward Fox, refuses to conform to changing social mores.

‘I love chivalry. What the young do, I don’t care, quite frankly,’ she tells me. ‘I like it when a man holds a door open for a woman.’

Referring to actresses such as Emma Watson, who insist on being called actors, she adds: ‘I’m the only person who, when asked: “Who are you, what is your name and what do you do?” calls myself an actress — because I am. I’m not an actor.

‘You don’t say: here is the best actor for the leading role of Emmeline Pankhurst. I have no time for it.’ 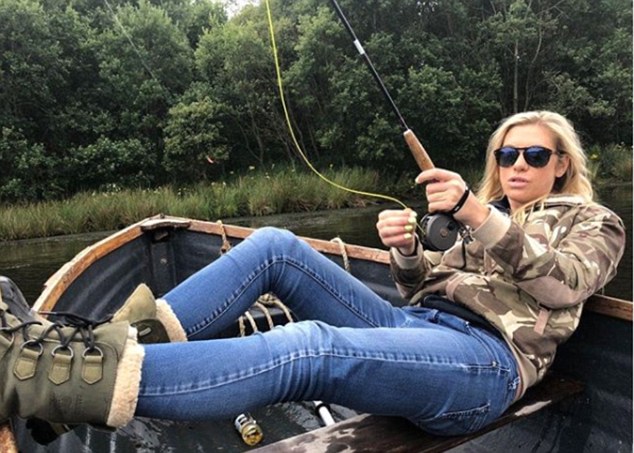 Prince Harry’s ex-girlfriend Chelsy Davy has been putting her feet up with the groom’s ex-sister-in-law, Lady Melissa Percy

But his ex-girlfriend Chelsy Davy has been putting her feet up with the groom’s ex-sister-in-law, Lady Melissa Percy. The Duke of Northumberland’s youngest daughter, formerly married to Thomas van Straubenzee, shared this picture of Chelsy, 32, joining her fishing trip in Scotland.

Playing Princess Margaret in the new series of The Crown was a smelly affair for Helena Bonham Carter. The 52-year-old enlisted Johnny Depp’s perfumier, Azzi Glasser, to make a bespoke fragrance.

‘I was commissioned to recreate the fragrance to get her into character,’ Azzi, founder of The Perfumer’s Story, tells me. ‘It’s designed around Lily of the Valley, and includes notes of woods and soft powder to add a creamy, sensual touch to magnetise those around her.’ Oo-er!

Keep it to yourself but…

A former James Bond actress has such a diva reputation that several stylists refused to work with her on a recent magazine shoot. 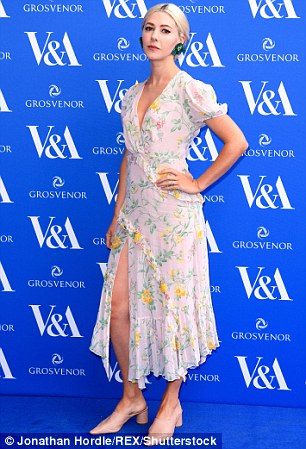 Catherine Steadman is setting the literary world abuzz with her debut novel, Something In The Water, which shot into the New York Times bestseller list just days after publication in the U.S.

Ever since playing Downton Abbey’s Mabel Lane Fox — love rival of Lady Mary Crawley — and earning an Olivier nomination in 2016, Catherine Steadman has been a star on stage and screen. Now the 31-year-old is setting the literary world abuzz.

Her debut novel, Something In The Water, has shot into the New York Times bestseller list just days after publication in the U.S. Now published in the UK, the thriller caught the eye of Reese Witherspoon, whose production company is adapting it for the big screen.

‘I wrote the whole thing in one go,’ Catherine tells me. ‘It took two months — I was writing every day: after brushing my teeth in the morning, on the Tube, any chance I got. On the Tube I could get half a chapter done on my iPhone.’

Catherine, who married Mr Selfridge actor Ross Armstrong last year, will have to fit writing her second novel around film roles. Does that include the Downton Abbey film, which starts shooting next month? ‘I don’t think I’m allowed to say anything about it. I don’t want to be shot!’ 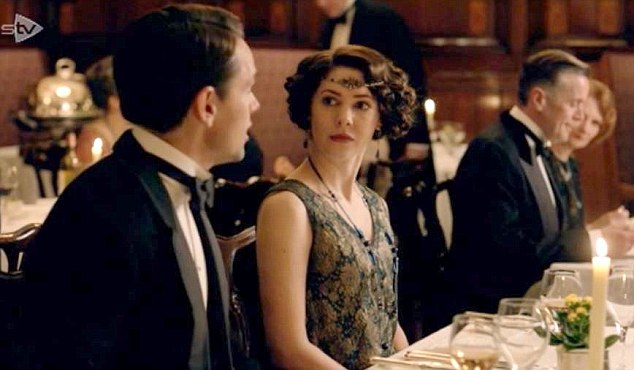