Frantic festive shoppers have descended on the UK’s High Streets in order to nab last minute gifts for their loved ones.

Many retailers have started their Christmas sales early in order to draw shoppers into their stores where they are predicted to spend up to £1.7billion on last-minute Christmas presents, on one of the biggest days of the year for retailers which has been dubbed ‘Super Saturday’.

Some of the High Street’s biggest names are said to be offering discounts of up to 90 per cent as they fight to end a woeful year on a high note.

Whilst sales from Super Saturday are set to rake in over a billion, the expected £3billion windfall over the weekend will come as a shot in the arm to beleaguered retailers hoping for a much-needed end of year sales boost. 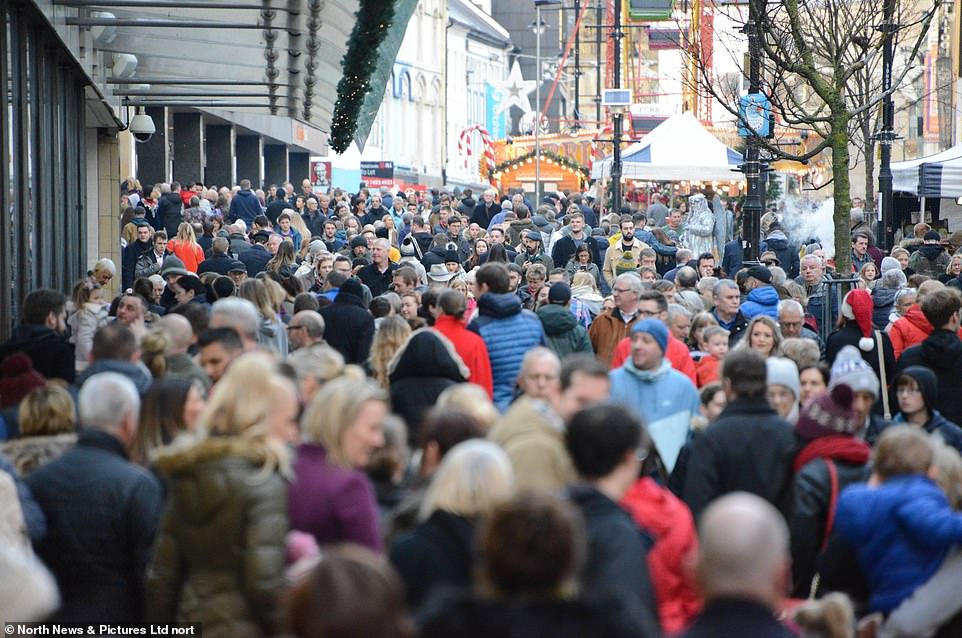 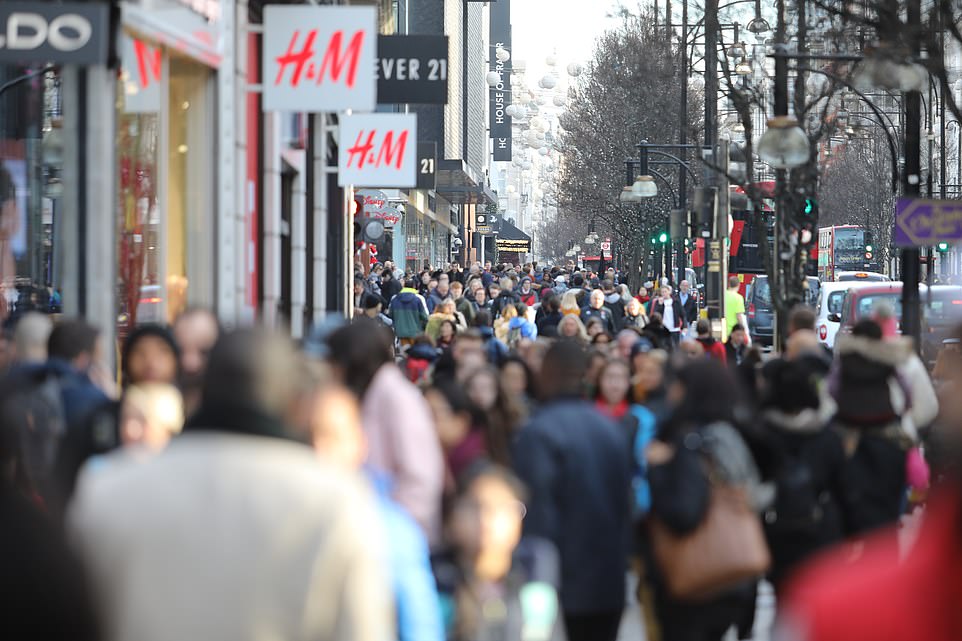 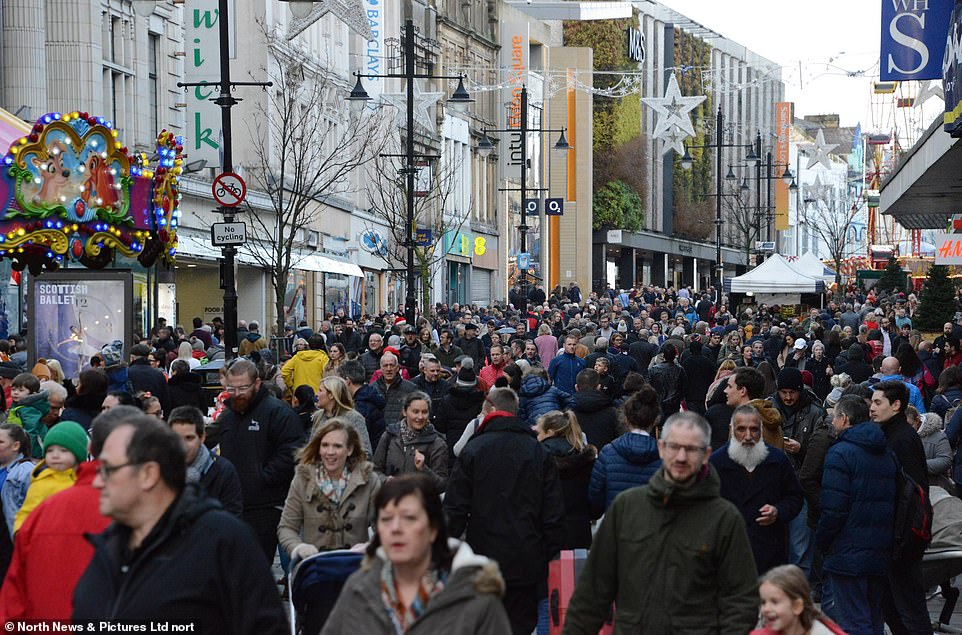 On the last weekend before Christmas, shoppers in Newcastle hit the High Street to bag their last minute gifts 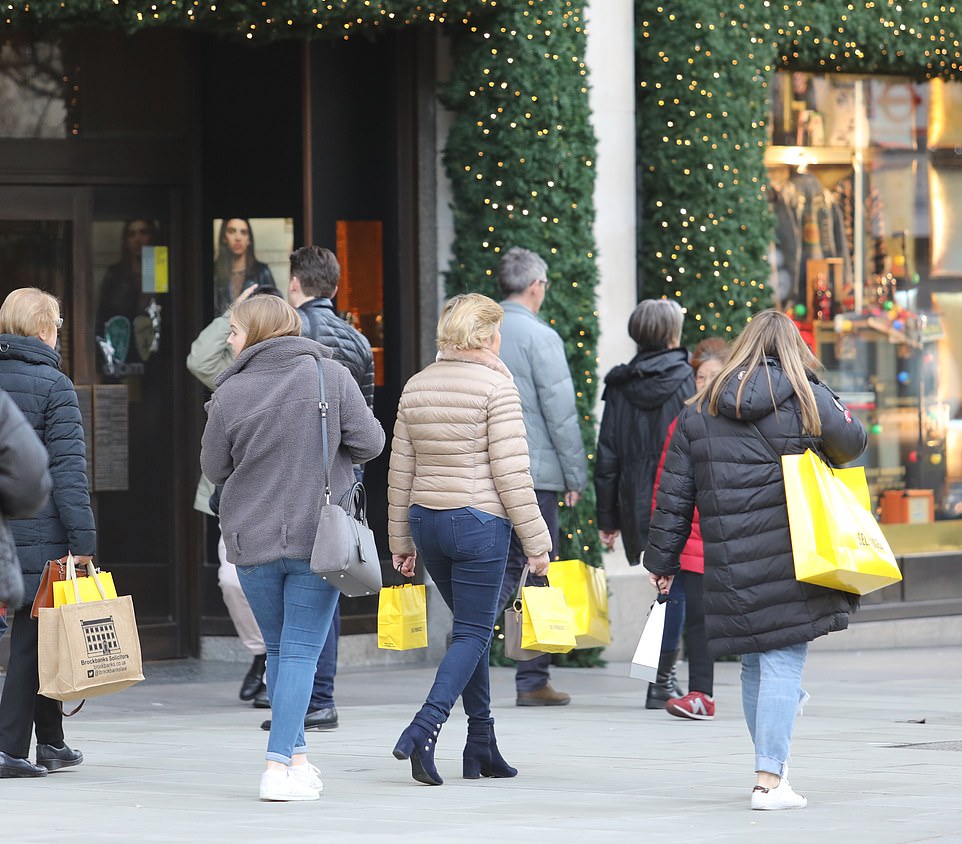 High Street’s up and down the UK are set to be rammed with shoppers this Saturday as 10.1million people are expected to hit the shops.

Meanwhile, 4.8million Brits will make purchases online, spending £268million on everything from presents to festive food and drink, according to study conducted by the Centre for Retail Research.

Research suggests that the majority of last-minute presents will be bought for mothers, with chocolates, perfume and clothes topping the eleventh-hour gift list. 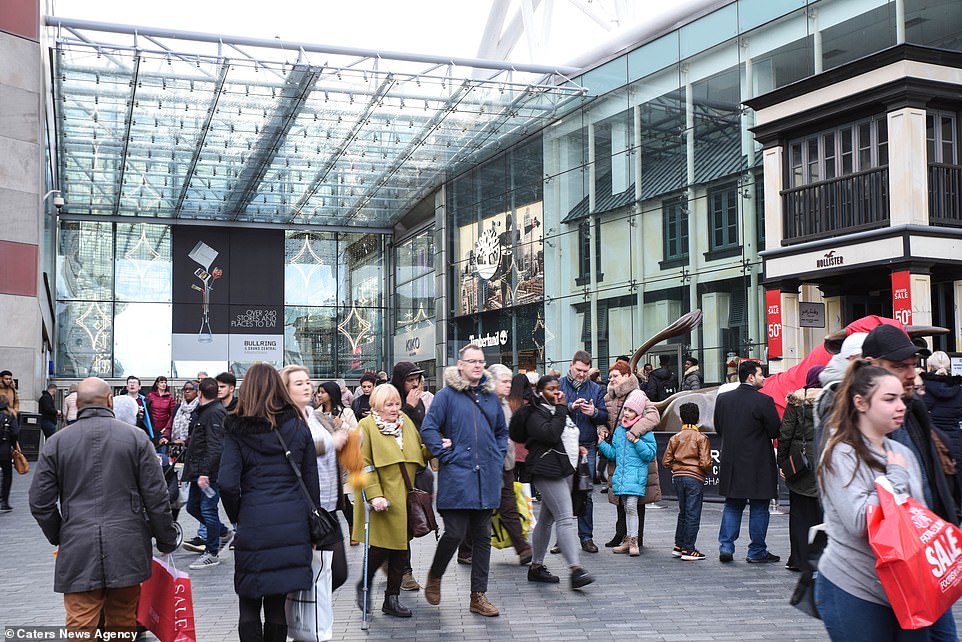 Retailers pull out all the stops on their sale items. Claire’s Accessories (left) have an offer on to buy 3 items and get 3 free. Shoppers in Birmingham (right) seemed keen to snap up the bargains

The mad trolley dash will see Britons spend £2.38million per minute in a much-needed boost for retailers, which have suffered from low sales for much of 2018.

Some stores will stay open for 18 hours to welcome shoppers inside today while Westfield London and Westfield Stratford are among many centres staying open until 11pm.

Retail revenues have plummeted this year – with around £17billion wiped off the share prices of the country’s biggest shops – and more stores are expected to go bust in 2019. 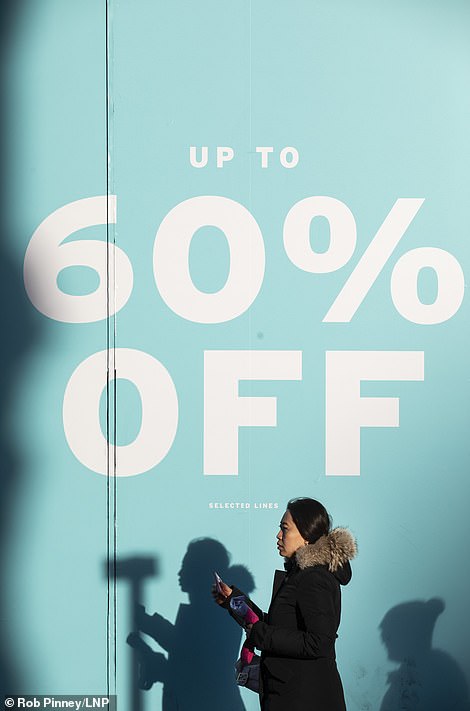 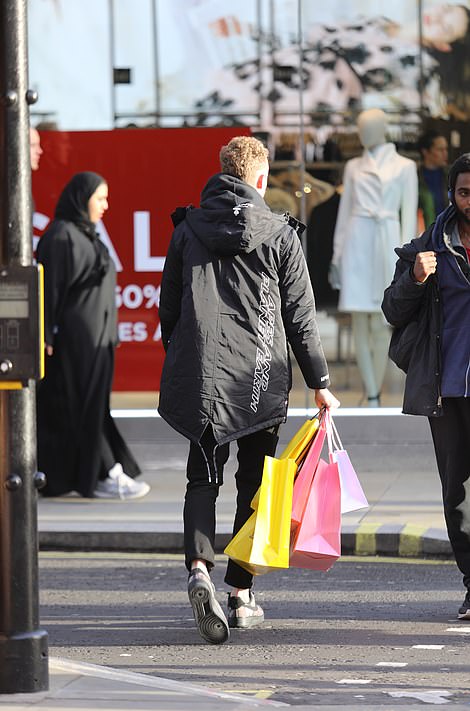 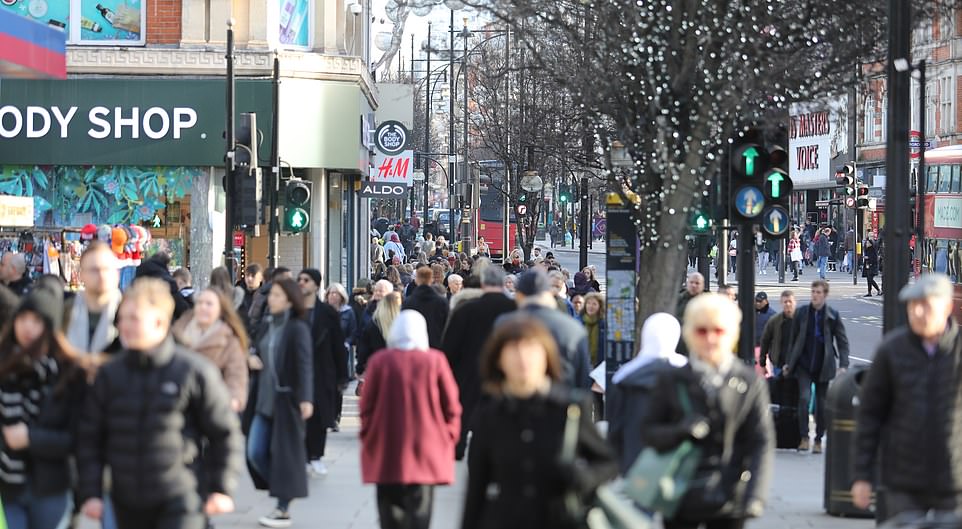 Shoppers on Oxford Street in London (above) were out in full force today, which is set to be one of the biggest days for the retail sector 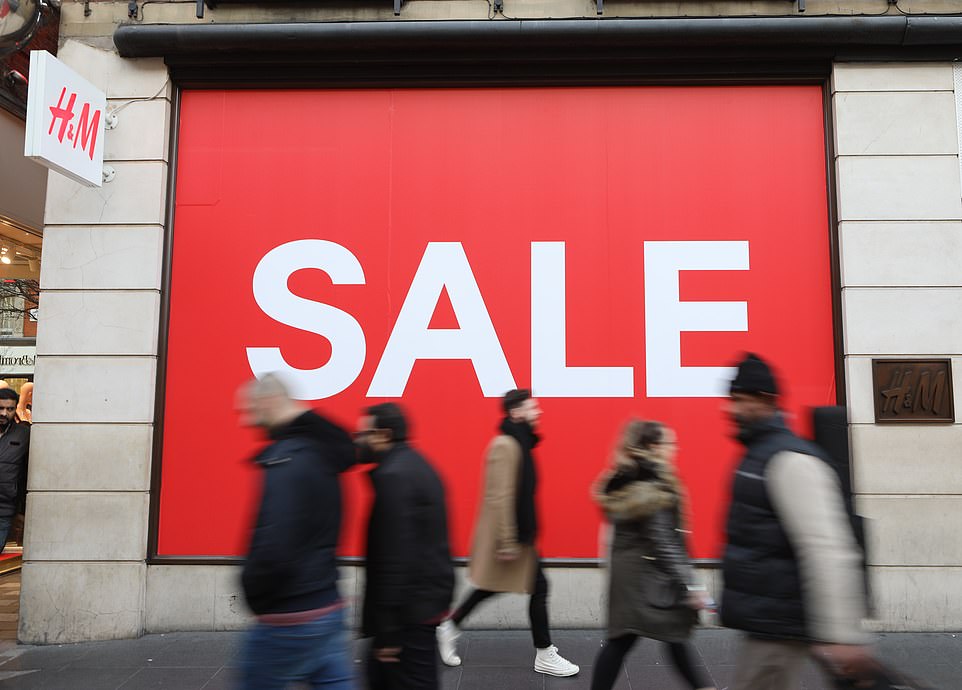 Retailers up and down the country, including H&M (pictured above) have started their Christmas sales early this year

Analyst Richard Hyman said: ‘This is unprecedented. The level of discounts, the number of retailers with sales, and the proportion of their stock on offer are all at record levels.

‘I’ve never seen as much activity as this before – it’s a statement of desperation.’

The biggest discounts on offer are at Sports Direct, owned by billionaire retail tycoon Mike Ashley, where prices have been cut as much as 90 per cent. 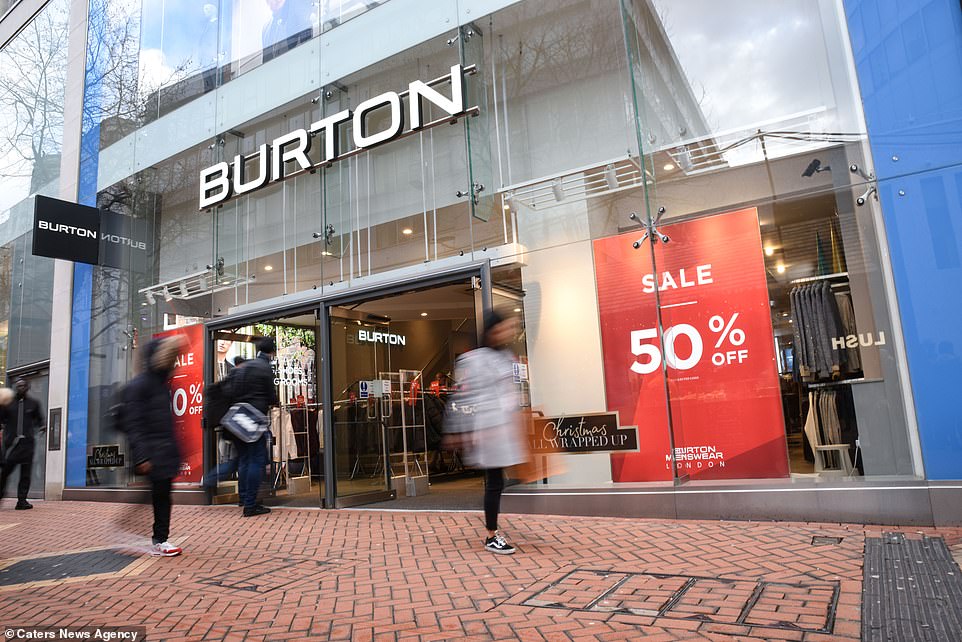 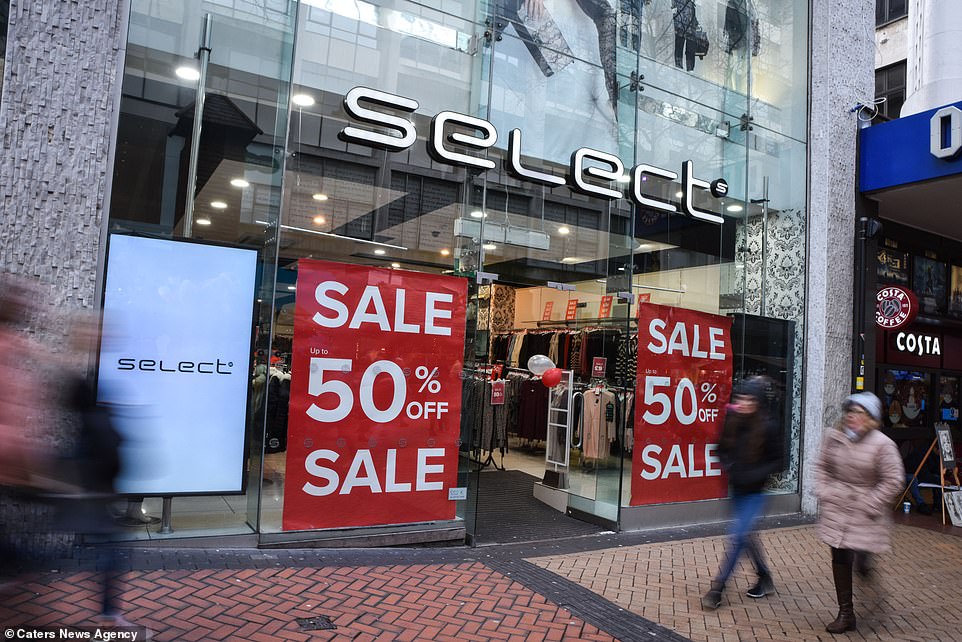 Despite the predicted footfall figures for the UK High Street, some stores seemed to empty during the festive shopping spree

House of Fraser and Topshop have both slashed prices by 60 per cent, and Debenhams by 50 per cent.

Electricals store Currys PC World has cut 30 per cent off its prices and the furniture firm Made has 40 per cent reductions.

Internet retailers have also joined in the frenzy, suggesting they too are struggling. Web clothing retailer Asos has cut prices by 50 per cent and rival online fashion firm Boohoo is now offering a 70 per cent sale. 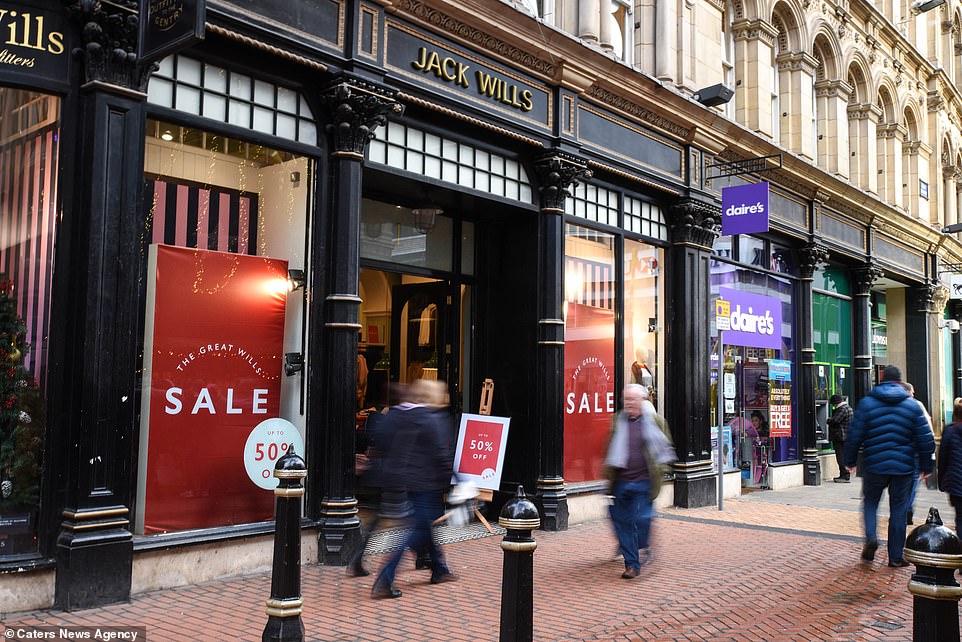 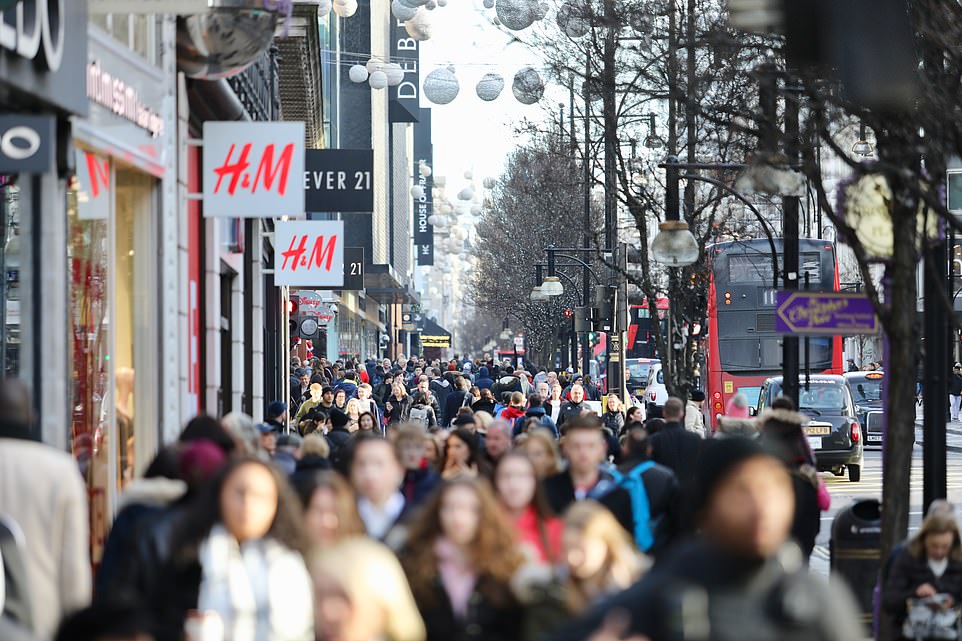 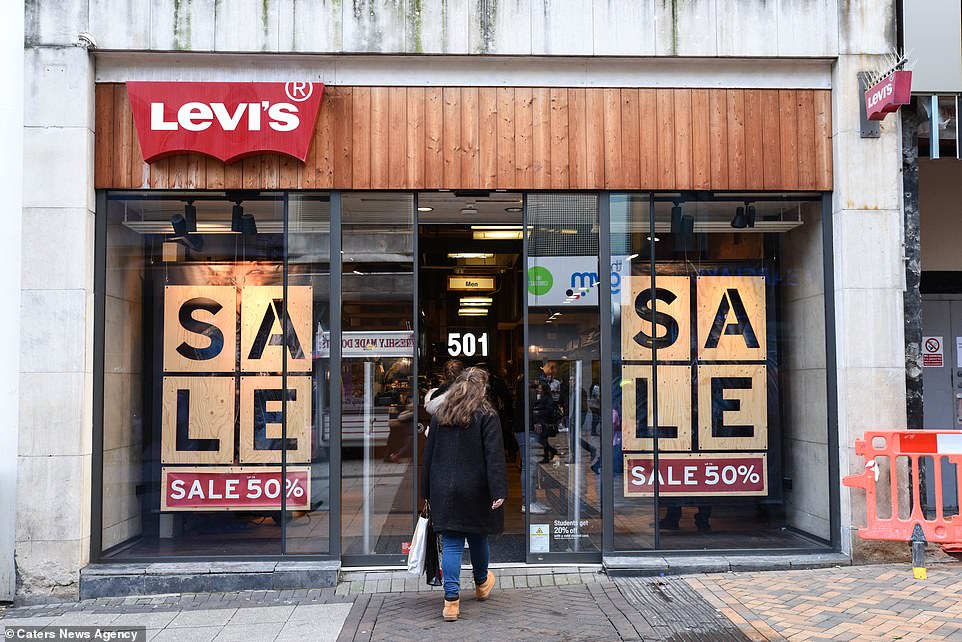