The YouTube star tragically passed away from a brain injury on August 19 after spending six days in a coma, leaving wife and mum-of-two Camryn devastated. 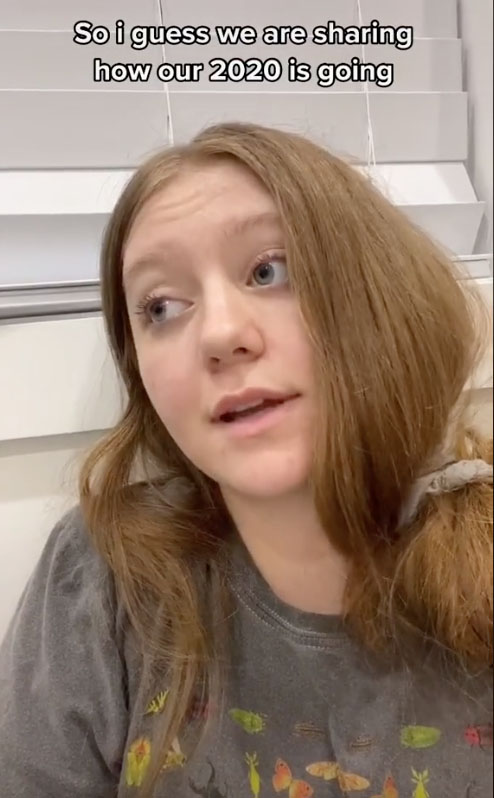 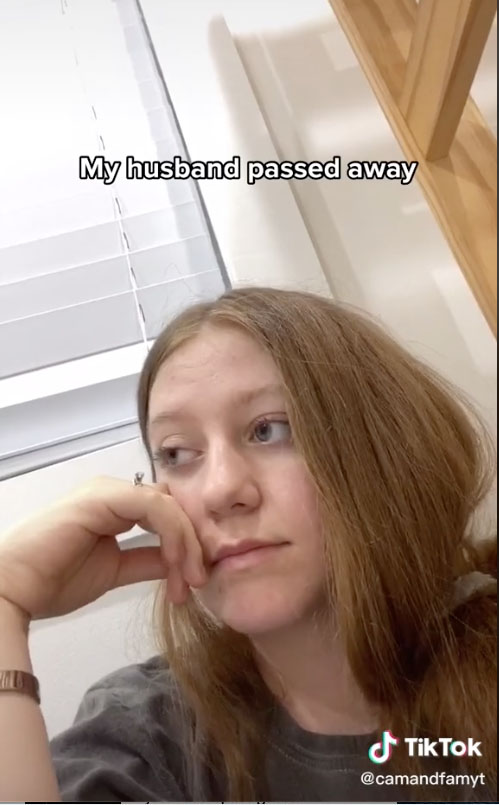 In a new TikTok posted on her channel @camandfamyt, the devastated mum is seen bobbing her head to F2020's 'Avenue Beat' as she shares tragic details of her current life situation.

"My sister moved 700 miles away… I gave birth without an epidural *ouch*".

And then mentions Landon's tragic death, writing: "My husband passed away".

She wrote in the caption: "That escalated quickly… now I’m a widow with a newborn at 19.

The video received over 458,000 likes since being shared last night.

Camryn and Landon began their relationship in 2015, when they were 14 years old – and later got engaged in June 2018 and had two children together. 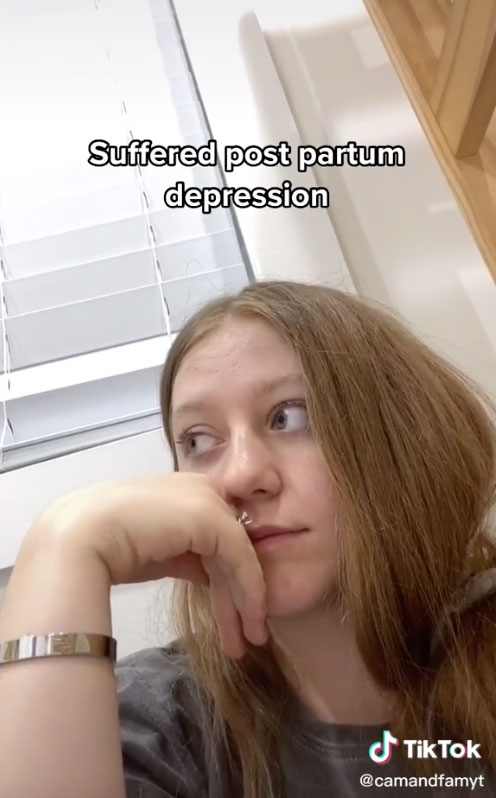 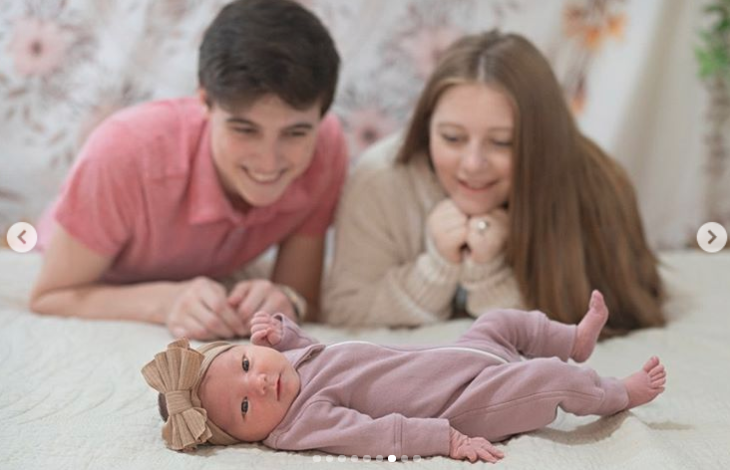 It comes after YouTube star Camryn shared another emotional TikTok video yesterday in the aftermath of her husband's death.

The TikTok video, which has received more than 1.8million likes since being posted one day ago, begins with Camryn standing in front of a bathroom mirror crying.

The visibly distraught mom-of-two captioned the post: "Missing him so much right now."

As she stood alone in front of the mirror, the song "Touch" by Sleeping At Last plays as background music.

After the the lyrics “Oh God I wanna feel again” are heard once, the video of widowed mom weeping changes to a photo of her and Landon.

In the photo, Landon is seen smiling with his arms around his happy wife in front of what appears to be another bathroom mirror. 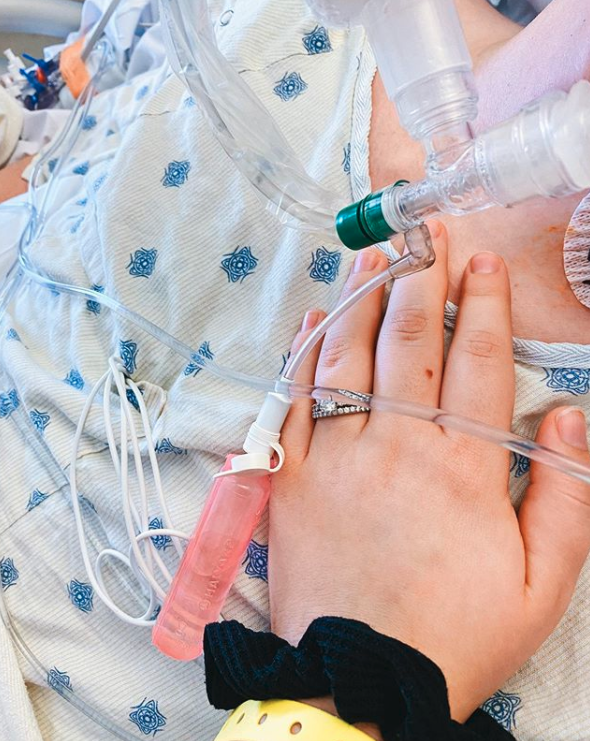 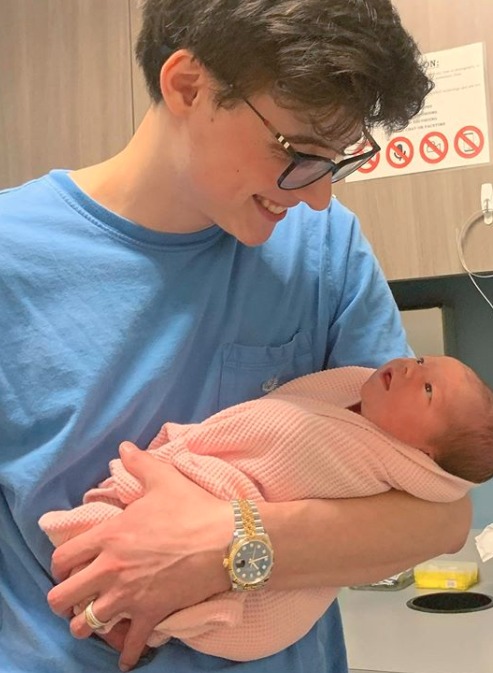 Camryn revealed on August 22 that her husband had died from a brain injury.

She also explained how Landon's organs were donated “to people in need all over the country” after his passing.

Alongside his wife Camryn, 19-year-old Landon vlogged about their family life and raising their two daughters, Collette Briar, 2, and newborn Delilah Rose.

The pair started their YouTube channel, Cam&Fam in November 2017. 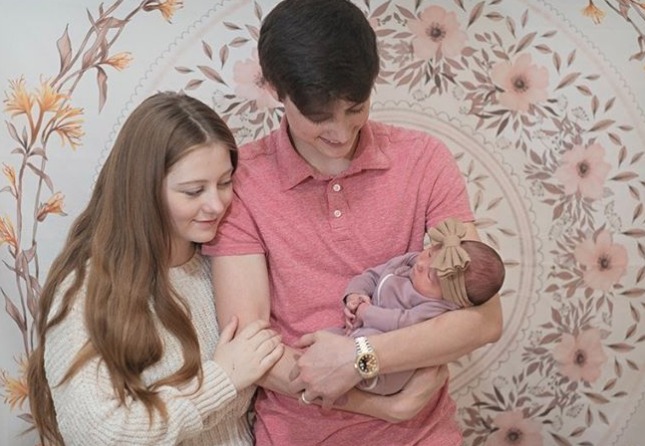 She said: “He was an amazing husband and the best father those girls could have ever asked for.

“Words can not come close to describe the pain I feel. All I can do now is make sure our girls know how much he loved us." 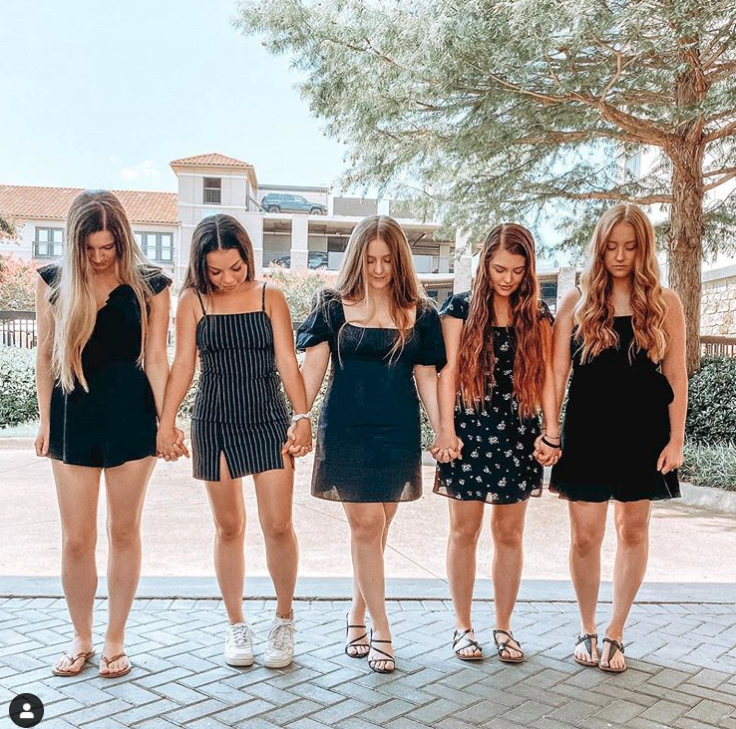 A GoFundMe – created for the Landon Clifford Memorial Fund – has since received more than $28,000.

Donation money will be used to pay Landon's medical expenses and funeral.