Five Labour MPs who have spoken out in support of the upcoming rail strikes have received a total of £20,000 in donations from the left-wing RMT union, new analysis shows.

The Labour party has appeared conflicted about the strikes, to begin later this month, which will see thousands of rail staff walk out from rail companies across the country.

Leader Sir Keir Starmer this week said the industrial action ‘shouldn’t go ahead’, but shadow ministers Lisa Nandy and Wes Streeting are among those who have indicated their support for the strikes.

Five other MPs all received thousands of pounds each in donations from the Rail, Maritime and Transport union (RMT) in 2020 – and 50,000 of its members are expected to down tools later this month in the largest walkout since 1989. 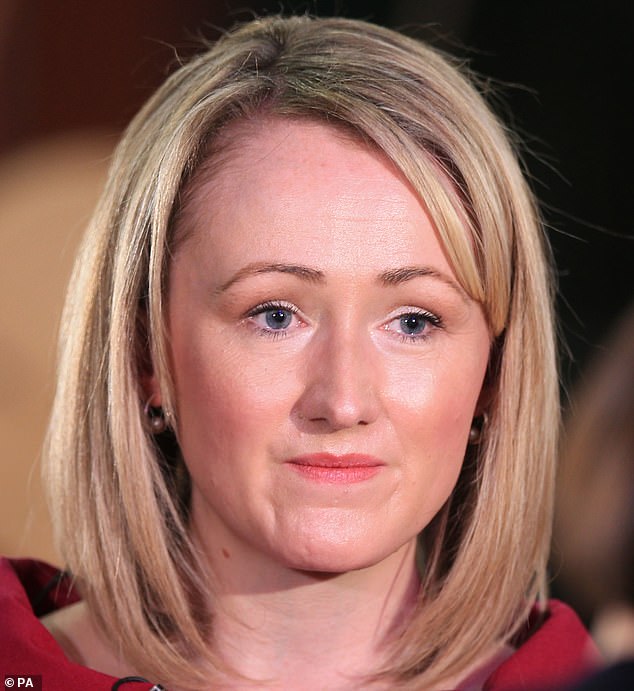 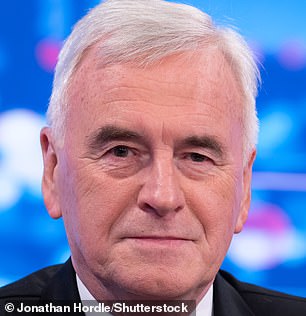 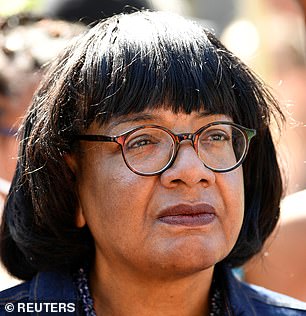 Rebecca Long Bailey, MP for Salford and Eccles, received £3,000 from the RMT in 2020, The Times reports.

This week she wrote on Twitter: ‘Cutting hundreds of station staff jobs will make our railway less safe, secure and accessible. Solidarity with @RMTunion members today.’

The MP for Hayes and Harlington pledged his support for striking rail workers on BBC Radio 4 earlier this week, and even plans to join them on the picket line.

MP for Hackney North and Stoke Newington Diane Abbott has a long track record of supporting striking workers – and received a donation worth £2,000.

In receipt of the same amount was Jo Stevens, who represents Cardiff Central.

She has retweeted criticism of Downing Street after a source called the upcoming strikes ‘selfish’. 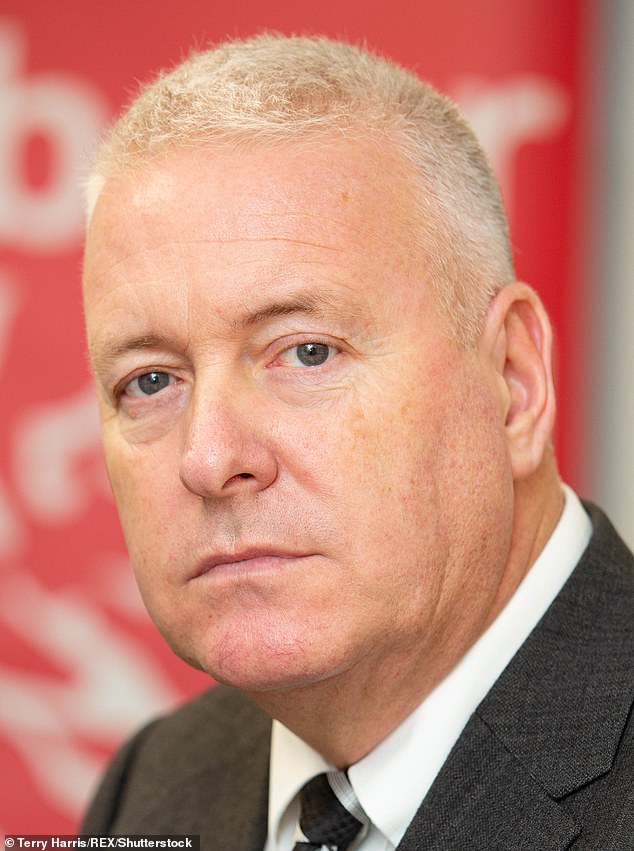 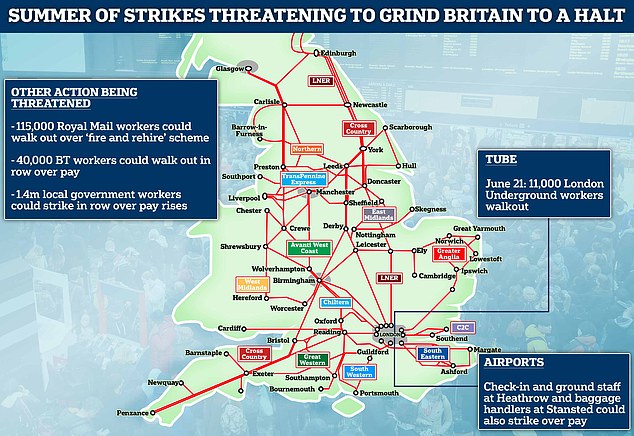 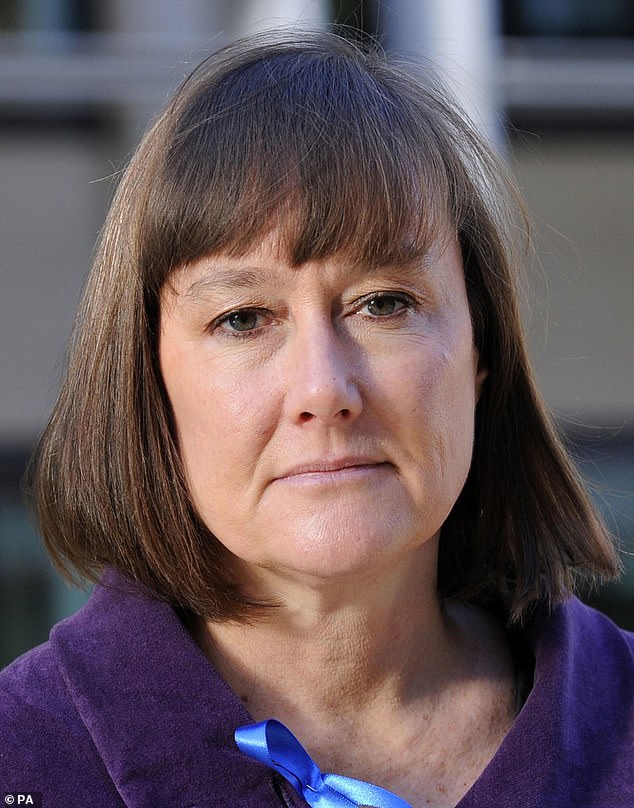 Cardiff Central MP Jo Stevens retweeted criticism of Downing Street after a source inside No.10 called the upcoming strikes ‘selfish’

Business minister Paul Scully last night said MPs should be clear about interests which coincide with their donors, adding: ‘I think it’s typical that the MPs that are in hock to the unions are acting against the workers that the unions purport to represent, as well as the wider British public.

‘There will be havoc caused by these strikes.’

The dispute over pay involves dozens of different staff categories – including train drivers, who earn up to £70,000 a year.

The government offered striking workers a 2% pay rise, but amid the cost of living crisis unions decided this wasn’t enough.

The figures appear to contradict claims made by RMT boss Mick Lynch, who said in a recent interview: ‘They’re going to attack our terms and conditions….and we’ve had a pay freeze, we’ve missed two pay cycles with no increase during Covid and we’re now entering the third one.’

A spokesman for Mr Lynch said that he was referring to staff employed by train companies, which run services, and not Network Rail, which operates and maintains infrastructure.

Although the strikes are scheduled for three days, it is expected the disruption they will cause will last for at least six.

Fewer than one in five trains is expected to run, with passengers warned to expect major disruption to their journeys.

A second union, Unite, plans to join the strike on June 21 – with 1,000 workers set to strike on the London Underground.

The Government has been slammed for failing to keep its manifesto pledge and bring in legislation that will ensure a minimum train service of around 30% during strikes, which is already mandatory in France and Spain. 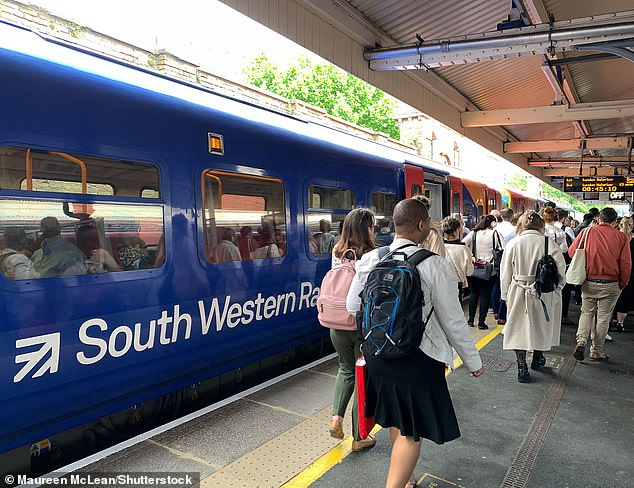 Although the strikes are scheduled for three days, it is expected the disruption they will cause will last for at least six

Downing Street has said the Government remains committed to introducing minimum service standards on the railways but indicated legislation was not expected before this month’s planned strikes, despite being in their 2019 manifesto.

The Prime Minister’s official spokesman said: ‘We are keeping all options on the table. Minimum services standards are something the Government is committed to.

‘I am not aware of any plans for legislating on that in the next few weeks. Given the scale of these strikes that are imposed, simply introducing one single piece of legislation would not necessarily mitigate against all the damage.’

Although a blanket ban will not be issued by train operators, passengers will be advised to ‘not travel unless it is absolutely necessary.’

There are fears the strikes could disrupt vital exams for school pupils, as the action is set to go ahead in the middle of exam season.

Students who have already suffered due to the impact of coronavirus on their education could now struggle to travel to school for their GCSE and A-Level exams.

Schools minister Robin Walker said: ‘I would strongly urge that they don’t disrupt the exam period. That has a long-term impact on children’s lives.’

The strikes will also coincide the with Glastonbury festival from June 22 until June 26, as well as a Commonwealth Heads of Government meeting in the capital on June 24 and 25.

They come in the wake of travel chaos over half term as a shortage of workers at UK airports and UK airlines led to long queues, hundreds of delayed and cancelled flights and thousands of unhappy customers.

Customers were left waiting on planes for up to eight hours to then be told their flight would not be departing.