The Los Angeles City Council voted Tuesday to draft new rules that would prevent homeless people from camping in certain  areas as a means of restoring access to public spaces.

In an overwhelming vote of support 12 to three, council members tasked the city’s lawyers to draw up a law prohibiting sleeping, lying and storing possessions near a number of public areas, including schools, parks, libraries and homeless shelters.

A second vote is scheduled for Thursday, The L.A. Times reported. 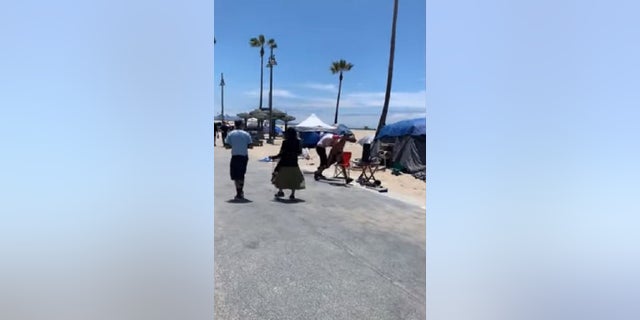 “They want to be able to use their parks and their sidewalks and their libraries,” said Councilman Paul Krekorian, in reference to Los Angeles residents.

These “tent cities” have grown across Los Angeles. Long lines of tents have appeared along the beach and various sidewalks across the city.

Venice Beach has seen some of the worst of the crisis following an influx of homeless encampments along the Boardwalk. Authorities said there have been shootings, fights, harassment, arson and other incidents.

Joe Buscaino, a city council member and candidate for L.A. mayor, said the council wanted to avoid resorting to law enforcement to clear up the issue.

“I was a police officer for 15 years, and I never arrested a soul for being homeless,” Busciano said during Tuesday’s meeting.

“It simply asks our unhoused residents to abide by some basic rules so that we can better share our public spaces throughout the city.”

Los Angeles had an anti-camping ordinance, but this was suspended during the coronavirus pandemic, CBS Los Angeles reported.