Kyrie Irving apologized Thursday for posting a documentary with antisemitic conspiracy theories and falsehoods on Twitter, a few hours after he was suspended five games without pay by the Brooklyn Nets.

The apology, published on Instagram, came a little more than a week after the Nets star posted the offensive tweet, which has since been deleted.

Irving conceded the video "contained some false anti-Semitic statements, narratives, and languages that were untrue and offensive to the Jewish Race/Religion." He went on to directly to apologize to the Jewish community, though he indicated there were some parts of the documentary he still agrees with.

While doing research on YHWH, I posted a Documentary that contained some false anti-Semitic statements, narratives, and language that were untrue and offensive to the Jewish Race/Religion, and I take full accountability and responsibly for my actions. I am grateful to have a big platform to share knowledge and I want to move forward by having an open dialogue to learn more and grow from this.

To All Jewish families and Communities that are hurt and affected from my post, I am deeply sorry to have caused you pain, and I apologize. I initially reacted out of emotion to being unjustly labeled Anti-Semitic, instead of focusing on the healing process of my Jewish Brothers and Sisters that were hurt from the hateful remarks made in the Documentary. I want to clarify any confusion on where I stand fighting against Anti- semticism by apologizing for posting the documentary without context and a factual explanation outlining the specific beliefs in the Documentary I agreed with and disagreed with. I had no intentions to disrespect any Jewish cultural history regarding the Holocaust or perpetuate any hate. I am learning from this unfortunate event and hope we can find understanding between us all. I am no different than any other human being. I am a seeker of truth and knowledge, and I know who I Am.

Irving's apology comes after a week-long firestorm from several corners of the NBA, at one previous attempt to make things right with a $500,000 donation the Anti-Defamation League has since rejected.

The video contained a number of wildly problematic statements, including a fake quote from Adolf Hitler, whose name was misspelled.

Irving initially disregarded accusations of antisemitism and claimed tweeting the documentary to his 4.6 million followers wasn't akin to promoting it, but the situation boiled over Thursday morning during a disastrous meeting with reporters.

Directly asked, yes or no, if he had any antisemitic beliefs, Irving did not say no.

Instead, he said "I cannot be antisemitic if I know where I come from," echoing one of a narrative of the documentary. That moment, and a few others, led to the biggest wave of criticism yet against Irving, and the suspension from the Nets soon followed.

Statement from the Brooklyn Nets pic.twitter.com/699px8XYpx

Irving's apology will likely not lead to the Nets rescinding the suspension, and the team said in its statement announcing the suspension that he will have have to satisfy "a series of objective remedial measures that address the harmful impact of his conduct."

The apology that followed is a first step, but many fans will wonder why it couldn't have come days earlier. 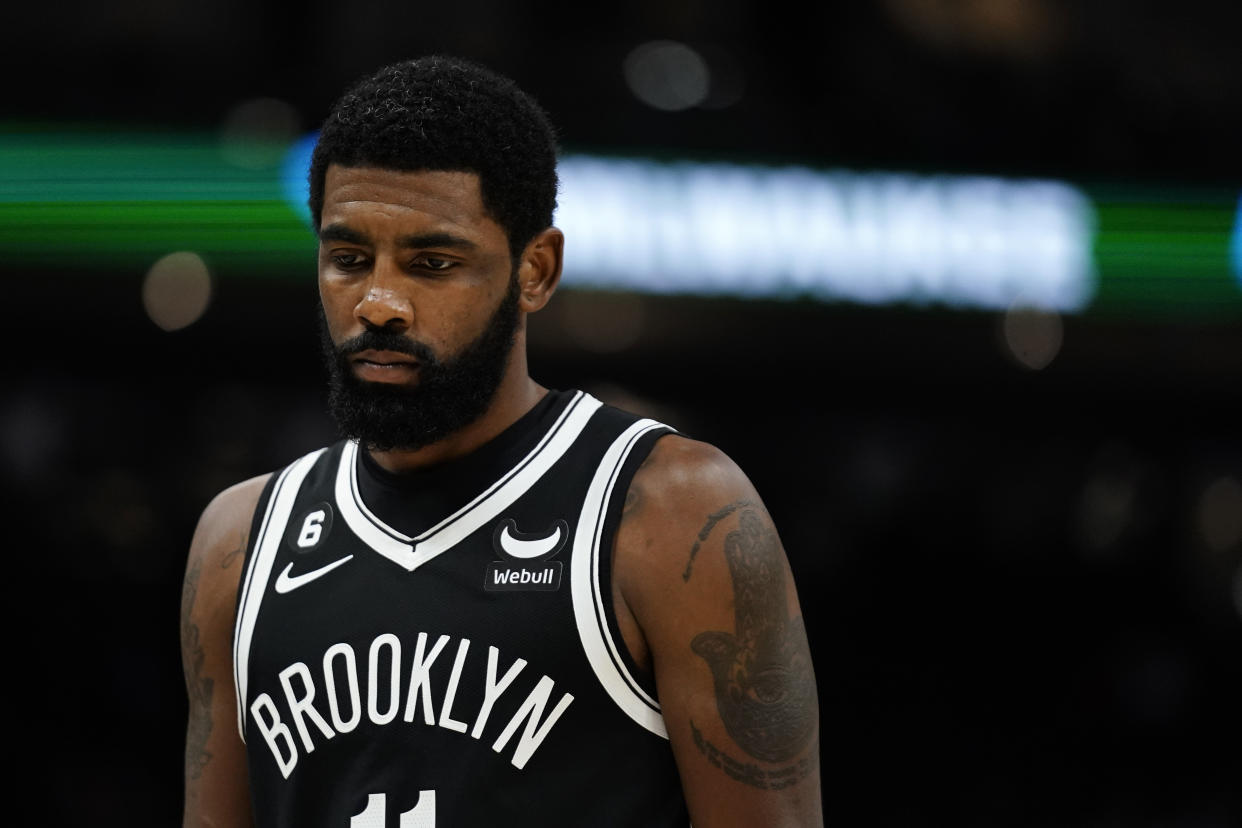