Kurt Zouma will not start for West Ham in their Premier League game against Leicester City today after an issue in the warm up.

The French defender, who is currently under investigation by the RSPCA after kicking and hitting a cat, had been named in the starting XI for Hammers’ 4.30pm kick off.

The Hammers confirmed on Twitter that the Frenchman has been replaced in the side by Issa Diop, with Darren Randolph added to the substitutes.

Zouma is understood to have complained of feeling sick and withdrew from the pre-match warm-up. 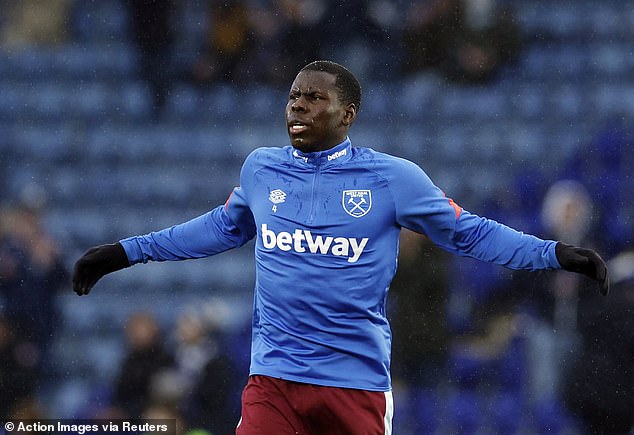 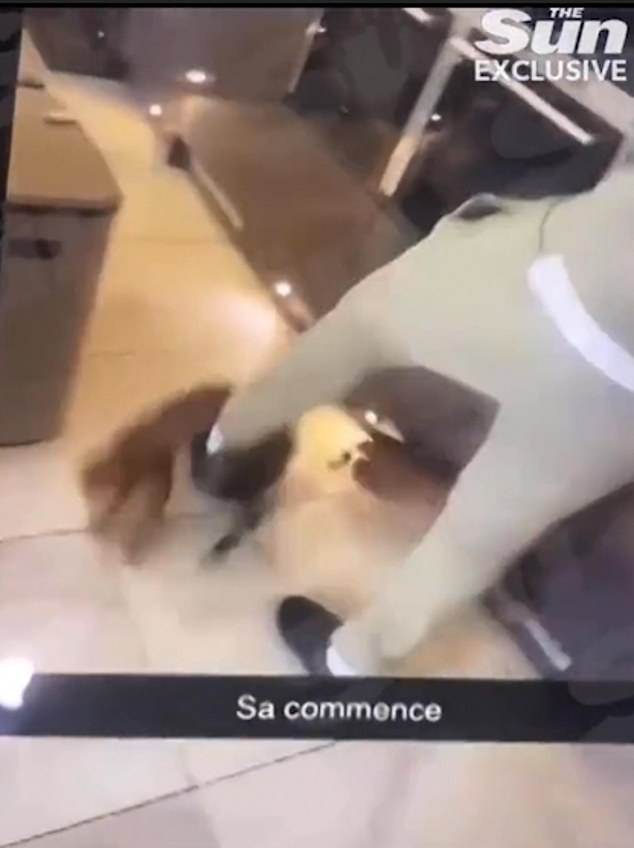 Zouma remains under investigation by the RSPCA and his club have fined him two weeks’ wages worth £250,000

The 27-year-old Frenchman, who has been fined two weeks’ wages by West Ham, is the subject of an on-going joint investigation by the RSPCA and Essex Police.

On Friday, Moyes said his defender will ‘rightly’ receive hostile receptions at every stadium he visits from now on for his ‘diabolical’ behaviour.

West Ham confirmed they would continue to play Zouma despite the ferocious backlash to the footage of the Frenchman kicking and slapping his pet cat.

Moyes confirmed he will not be dropping Zouma at his press conference on Friday, adding he does not regret the decisions he’s made and insisting he knows ‘exactly where my moral compass is’.

Zouma remains under investigation by the RSPCA, while his club have fined him two weeks’ wages worth £250,000.

Moyes considers that, along with the verbal abuse he’ll receive from rival supporters at stadiums, sufficient punishment and asked for ‘forgiveness’ for his player. 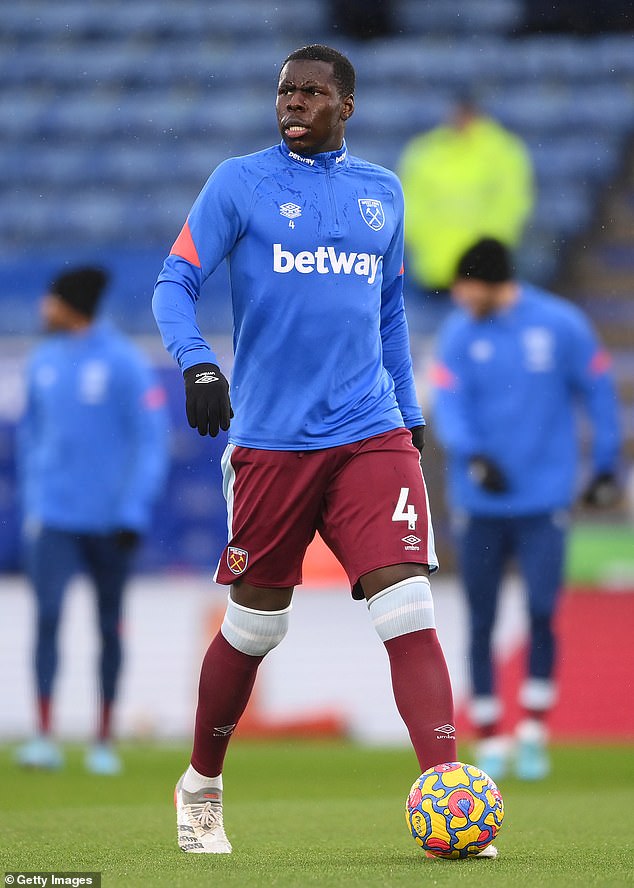 ‘We all make mistakes in life,’ Moyes said ahead of Saturday’s trip to the King Power Stadium.

‘I am not condoning his actions. We all accepted they were diabolical. But we’ve chosen to play him and I stand by that.

‘We’ll send him to the RSPCA who are going to help him – just like if somebody had a drink-driving offence, we’d get them help. We’d hope those people would get better and never do that again.

‘He is really remorseful and disappointed in his actions. There will be reactions at football grounds, which he will have to expect and rightly so. He played the other night and I thought the West Ham supporters gave him a good reception.

‘Kurt knows he has made mistakes and he will have to take his punishment. We’ve punished him as a club as much as we feel is right to do. We know there could be other sanctions as well. We’ll try to do everything for him.

‘I understand how people feel. I really do. But now we’re asking for a bit of forgiveness from everybody. We all make mistakes.’

The £250,000 fine will be donated to animal charities, though critics have slated Moyes and West Ham for allowing Zouma to start in the 1-0 win over Watford at the London Stadium on Tuesday night. Sponsors have also severed ties with the club over that decision.