A knife-wielding attacker has stabbed several people in a shelter for asylum seekers in southern Germany, killing one man and wounding at least five people.

German news agency DPA reported today that the attacker, reportedly a resident of the shelter, knocked on the doors of the rooms of the building in Kressbronn on Lake Constance, Sunday evening.

When residents opened their doors at around 10pm, he stabbed them. 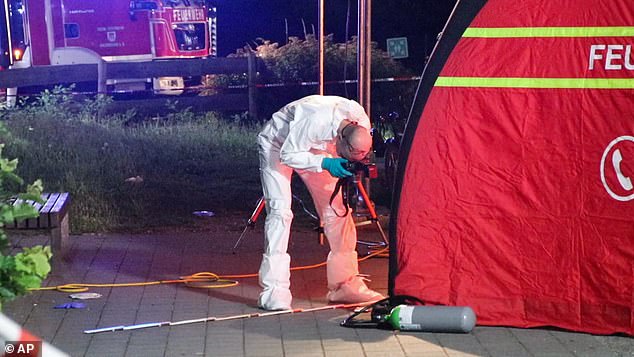 One man died of his injuries instantly, one seriously injured man was flown to a hospital, and four other injured people were taken to the hospital by ambulance.

It was not immediately clear whether other people were also wounded.

Police officers detained a 31-year-old man, whose name was not given in line with German privacy policy, in front of the asylum-seekers´ shelter.

Forensic specialists were still investigating the scene as of this morning. 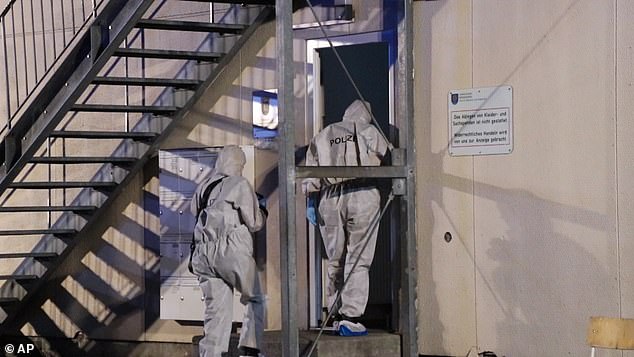 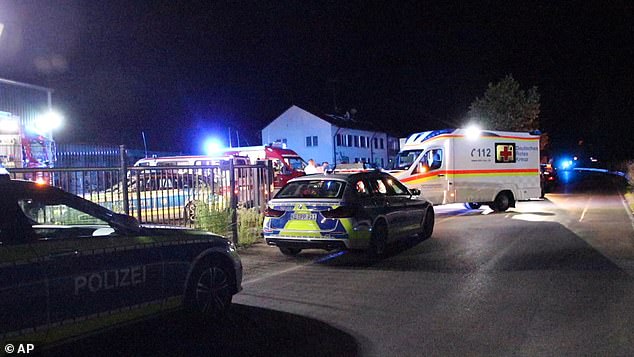 Emergency services vehicles are gathered outside the shelter in southern Germany

It’s unclear whether the attacker is the 31-year-old man who rioted in the same refugee accommodation in Kressbronn last month, threatening others with a knife.

Mayor Daniel Enzensperger wrote on Facebook that he was shocked by what happened.