A KINKY couple have been banned from a pub by a furious landlord after they filmed a bizarre bondage session on the terrace. 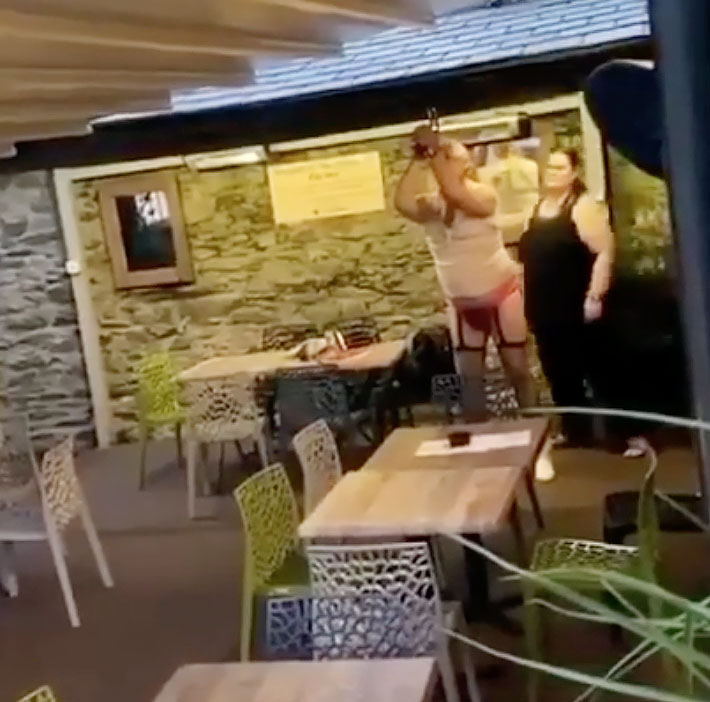 Footage of the unidentified pair’s session with – which shows a masked man in suspenders being hit by a woman dressed in black – has been shared online.

An onlooker at The Mill, in Ulverston, Cumbria, claimed the X-rated incident occurred upstairs on the terrace.

They said: “These lads came down that were sat up there, telling us to go up and see what's happening.
"She has him tied up with a dog lead on one of the beams, whipping him."

One Twitter user commented: "Why is there old blokes getting spanked in suspenders out back of the mill in Ulverston?"

Another said: "Unreal scenes coming from the mill in Ulverston."

But the Mill’s angry landlord has blasted the couple for their bizarre public antics.

Phil Simpson said: "As soon as we spotted this couple's activities they were told to leave our premises.

"They are now barred and having seen their post on social media the police have now contacted us for more information.

"We find it quite depressing that such people should seek to embarrass small local businesses in this manner." 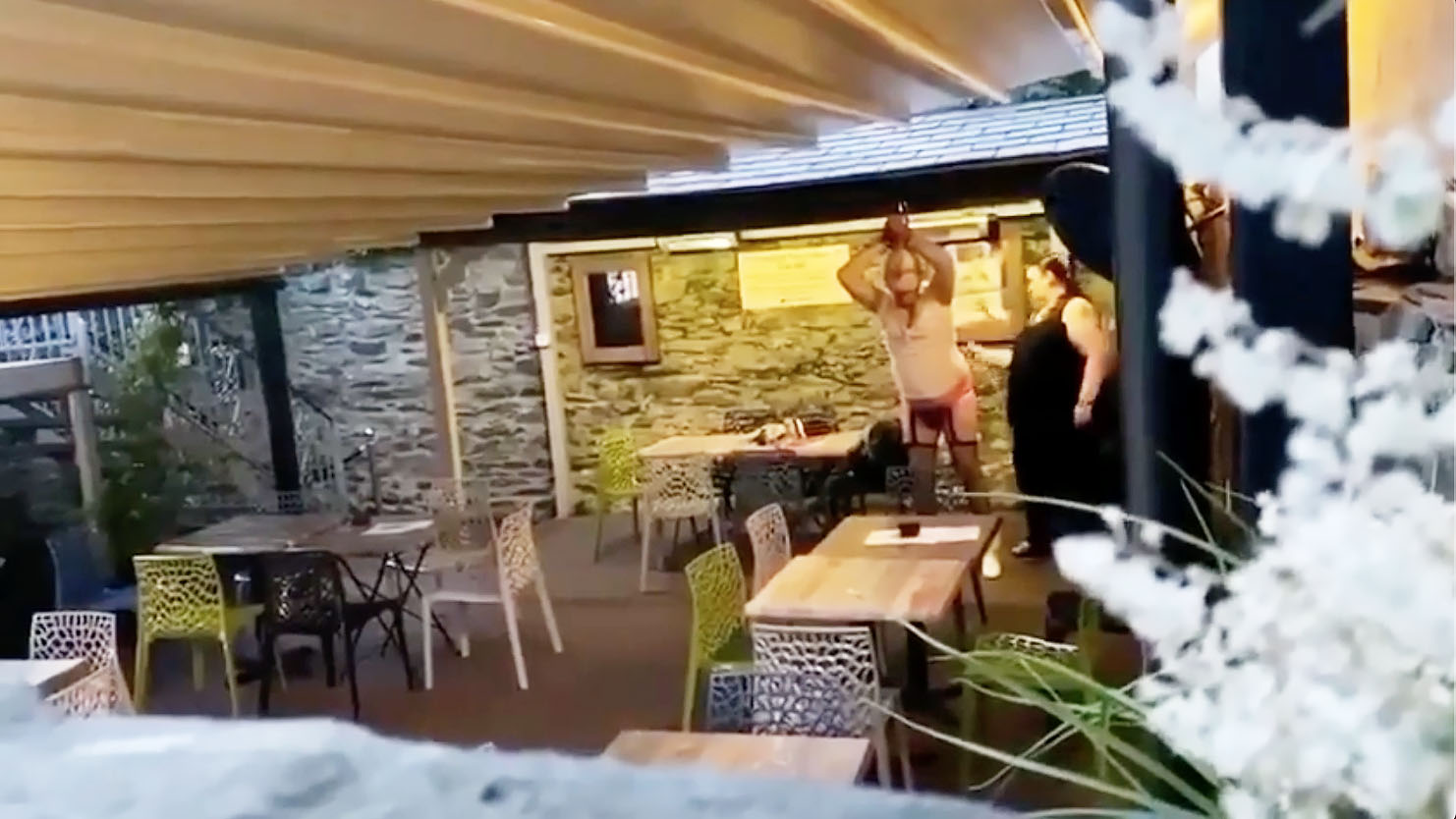