A TEXT message from triple killer Arthur Simpson-Kent explains his reasons why he took the lives of ex-Eastenders actress Sian Blake and her two young sons.

Explaining his actions to his mum, he claimed it was because Sian was terminally ill and there would be nobody able to look after the kids. 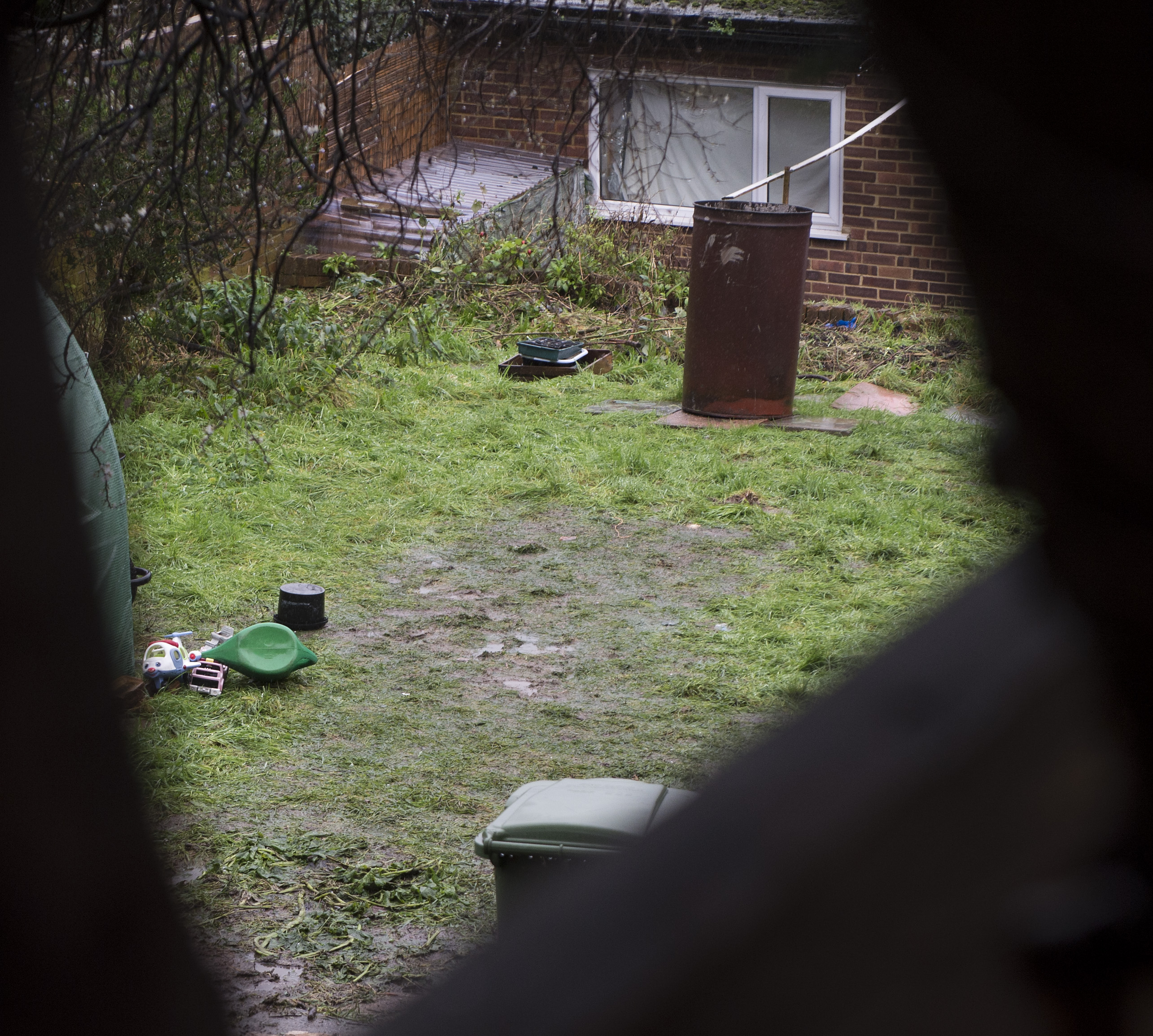 Chilling pictures show the back garden shallow graves where Arthur Simpson-Kent buried the bodies of Sian and her two young sons.

Simpson-Kent admitted all three murders this morning and now faces life behind bars. 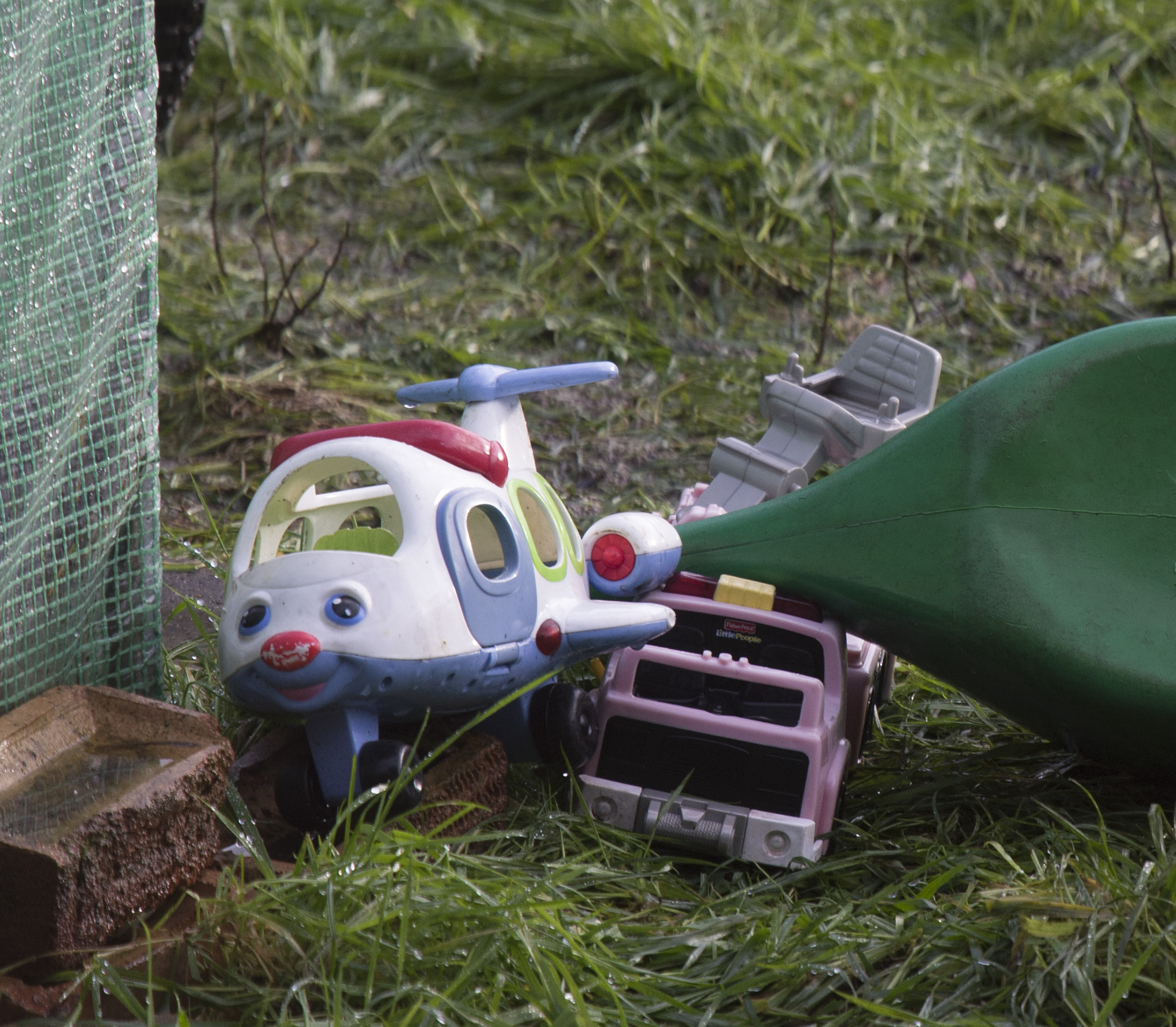 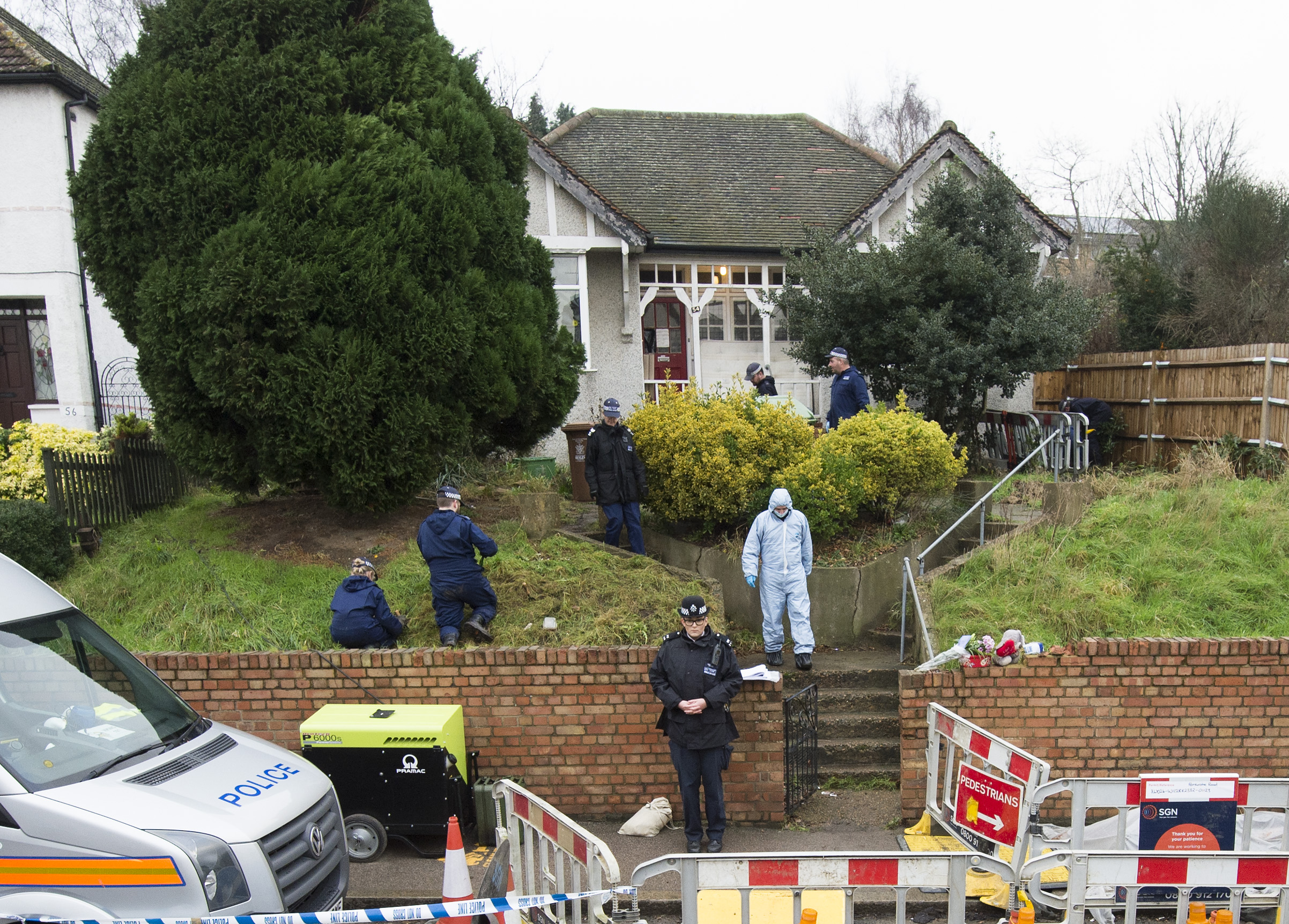 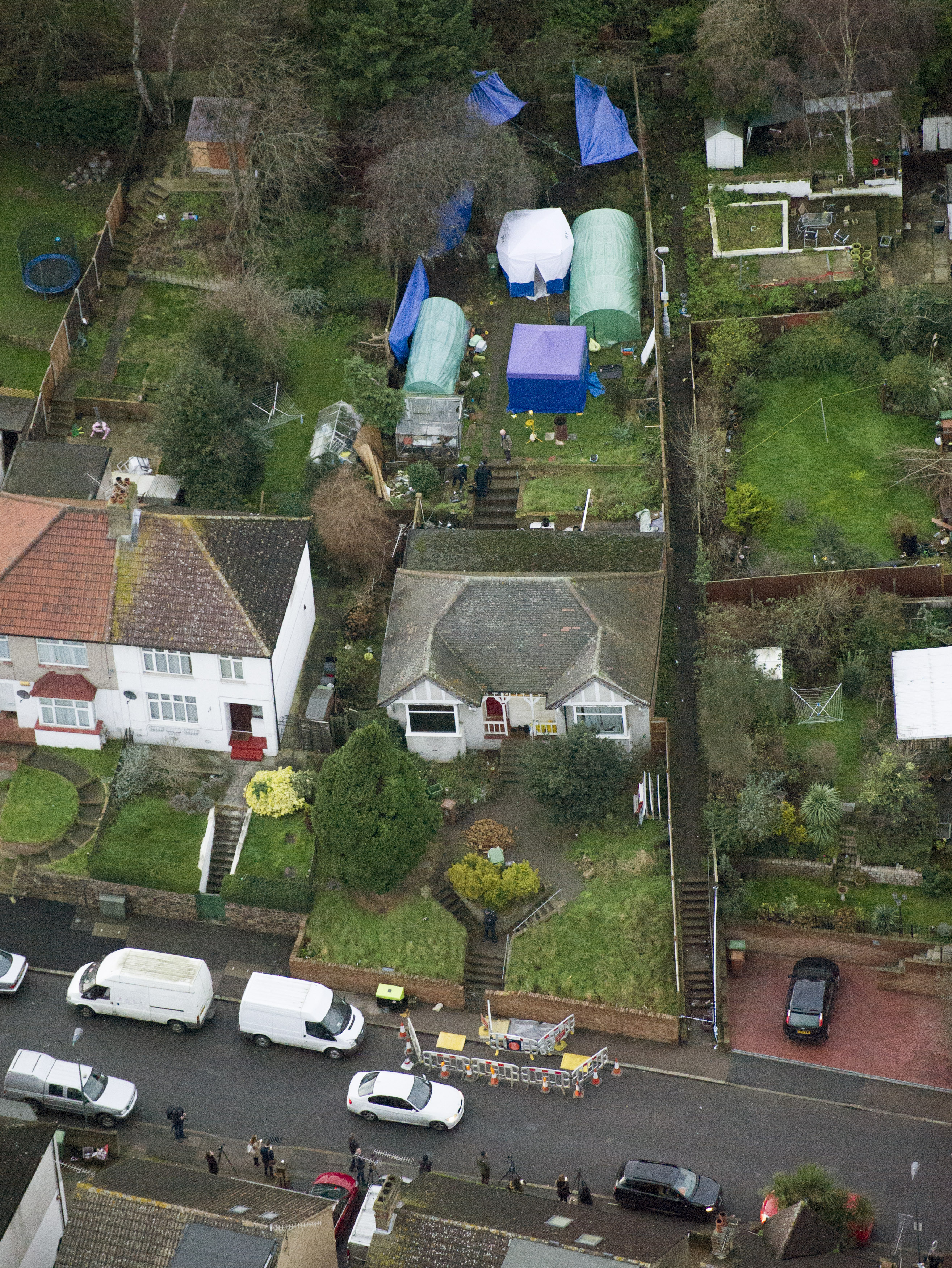 In a text message to his mother sent after the bodies were found, Simpson-Kent wrote: "Sorry for the attention I have brought to your life.

"Why? For months we discussed her options because of her illness and she told me if it got to a certain point she would like to die.

"And it got to that point. Why the children?

"Because the agreement without their parents there was no one qualified to raise them in the way they were accustomed to.

"Society was not an option neither was her family. So the final promise was we all go.” 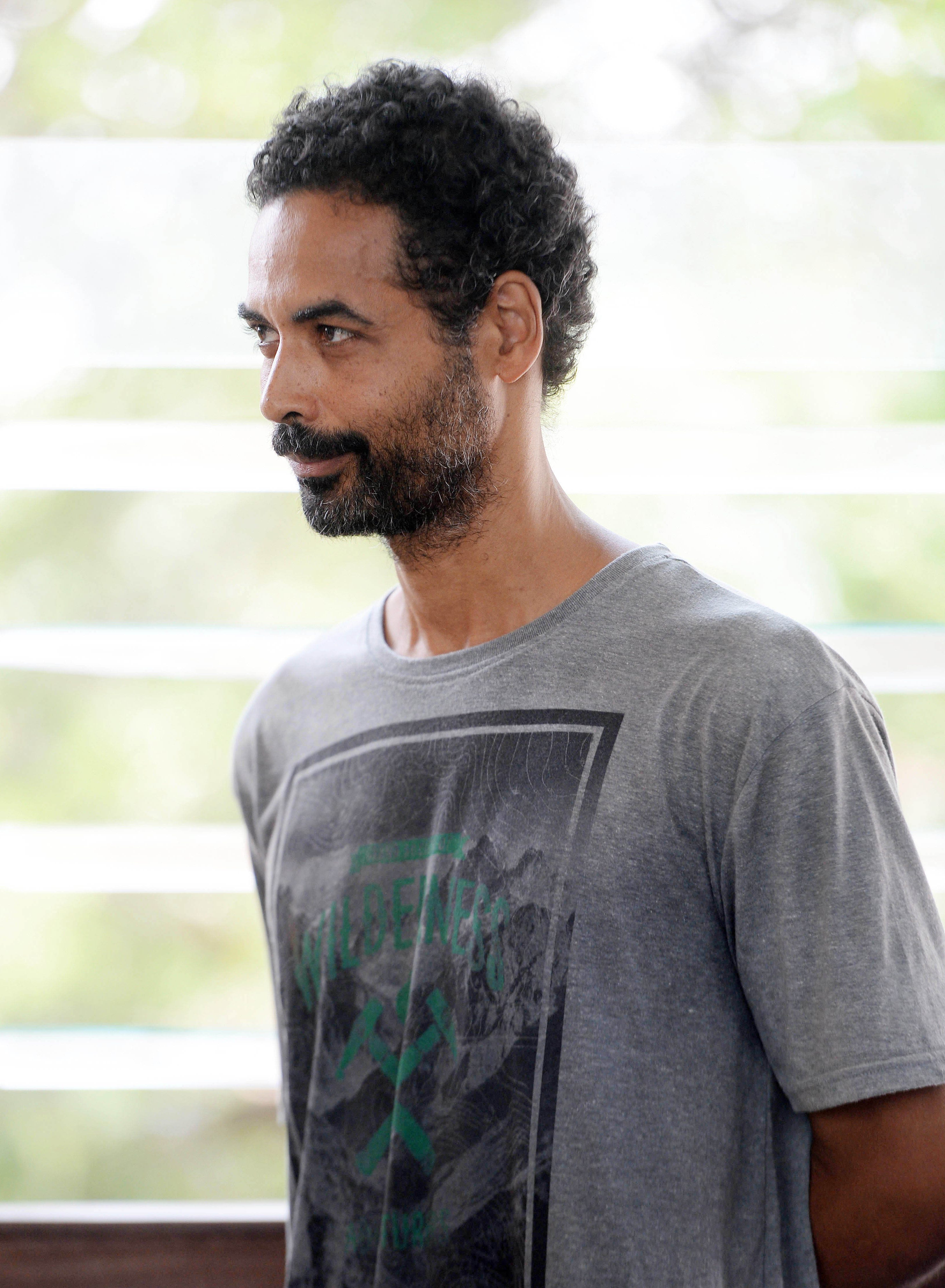 The messages, revealed by The Mirror, also saw him try to explain why he fled to Ghana.

He wrote: "Why Ghana? I wanted to die in the place I was born and now is the time.”

His mum begged him not to commit suicide and days later he was found after spending time at beachside bars and was found after locals recognised him following a social media led manhunt. 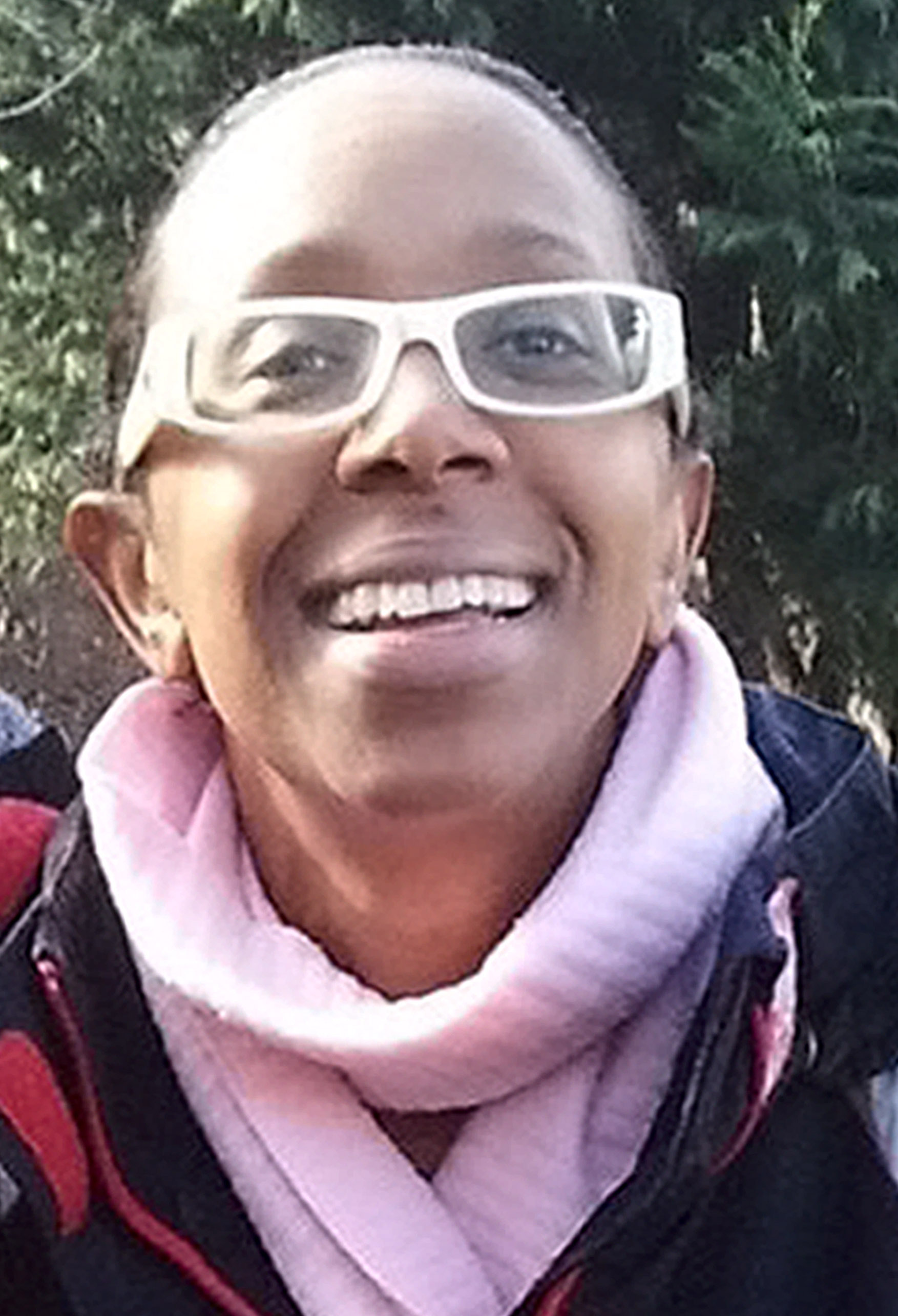 Cops scoured their family home in South London after 43-year-old Sian and her boys Zachary, eight, and Amon, four, were reported missing in December.

Forensic teams set up tents as they dug trenches and examined a sinister metal bonfire bin at the crime scene.

Childrens' toys and gardening tools were scattered around the area where cops found their bodies with fatal wounds to their necks and heads.

The harrowing images above show disturbed earth where police dug up the three bodies.

Their bodies were found at their home in Erith, South London with head and neck injuries.

The killer appeared at the Old Bailey via videolink from HMP Belmarsh to enter the guilty pleas on Friday morning.

He wore a prison issue red t-shirt and dark trousers and spoke only to repeat the word 'guilty' three times to each charge.

Simpson-Kent showed no emotion as he admitted to the killings during the five-minute hearing.

Five members of Sian's family, including her mum Lyndall and sister Ava, were in court to hear his admission.

Outside, her sister Ava smiled and said the family were "really relieved". 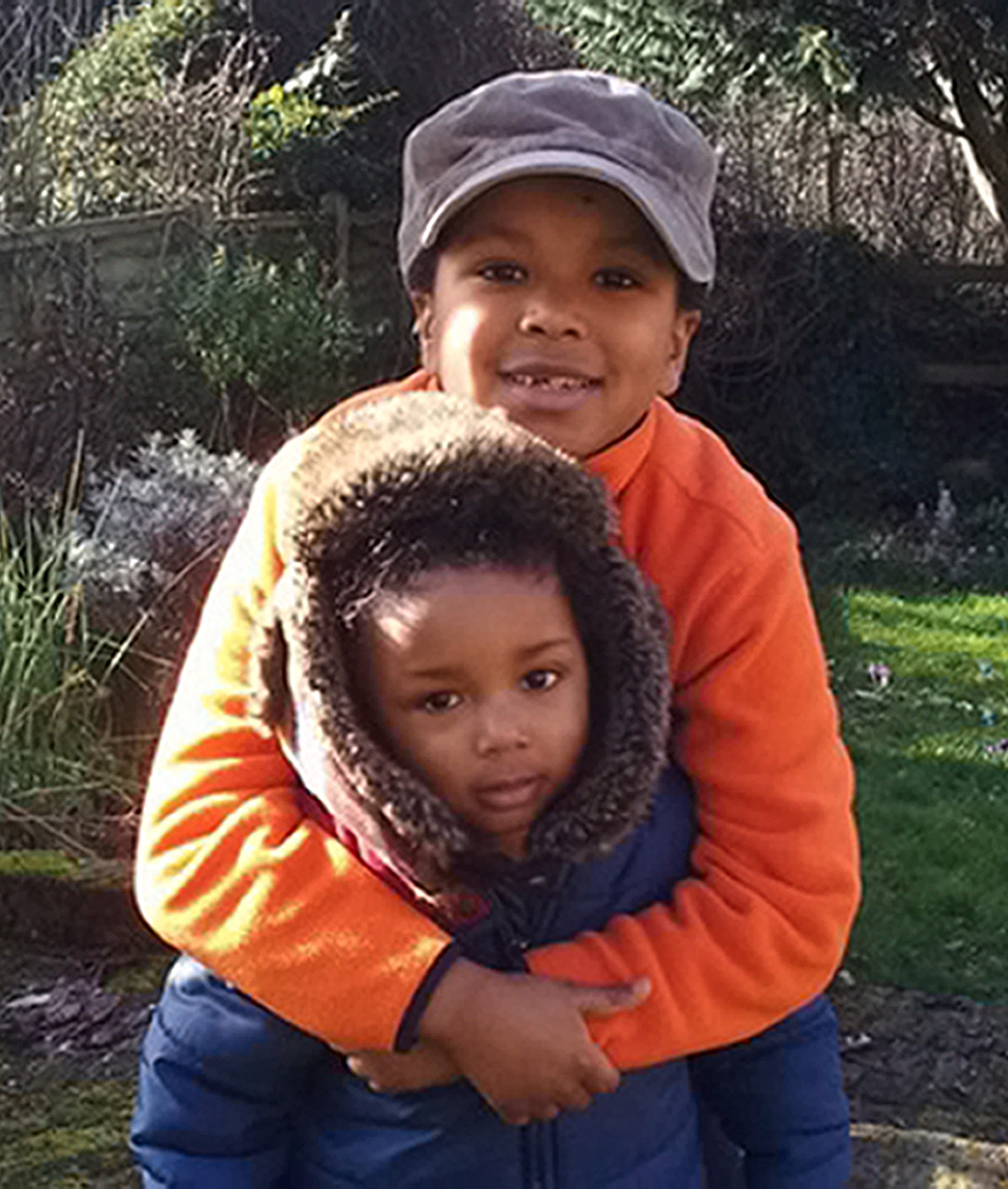 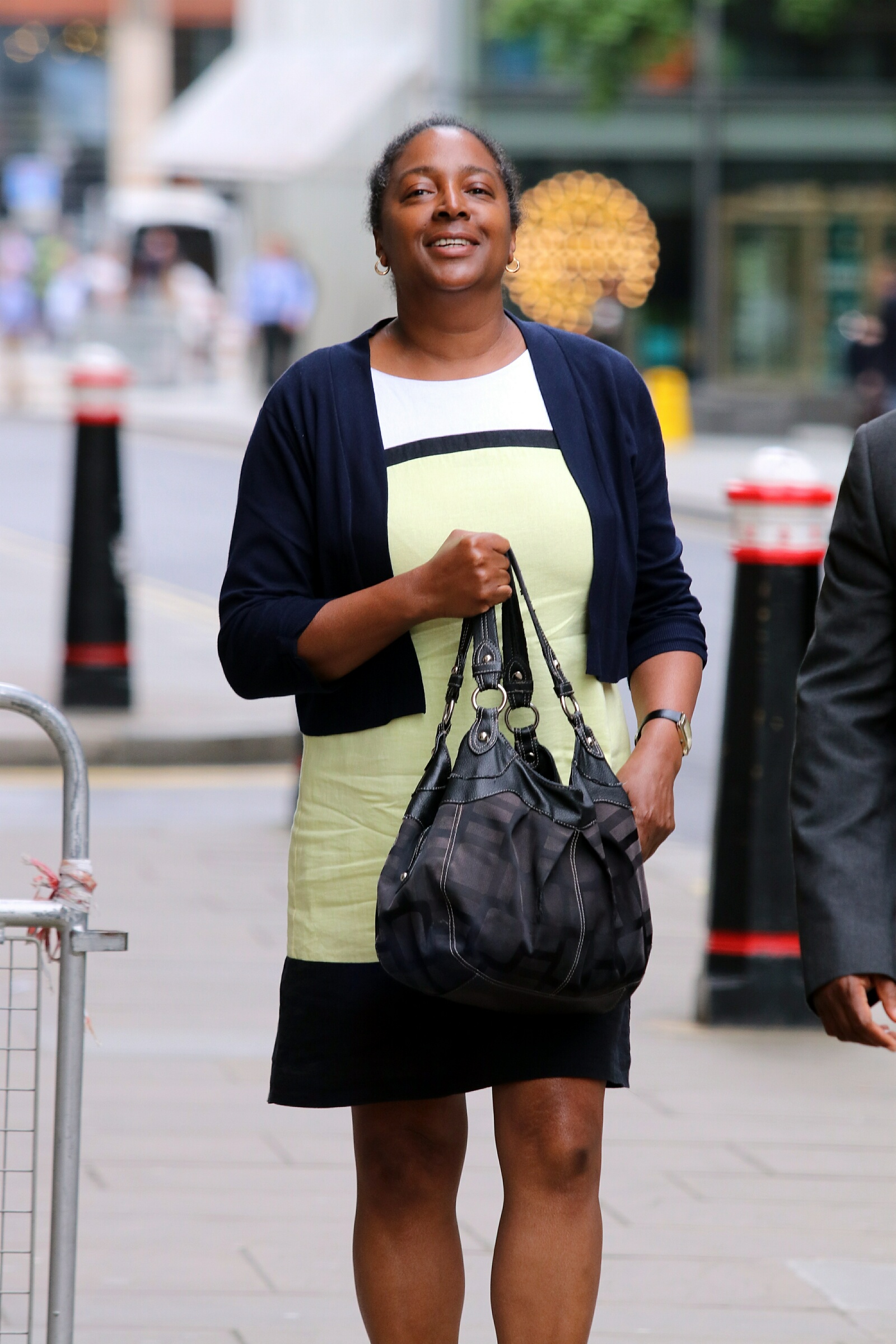 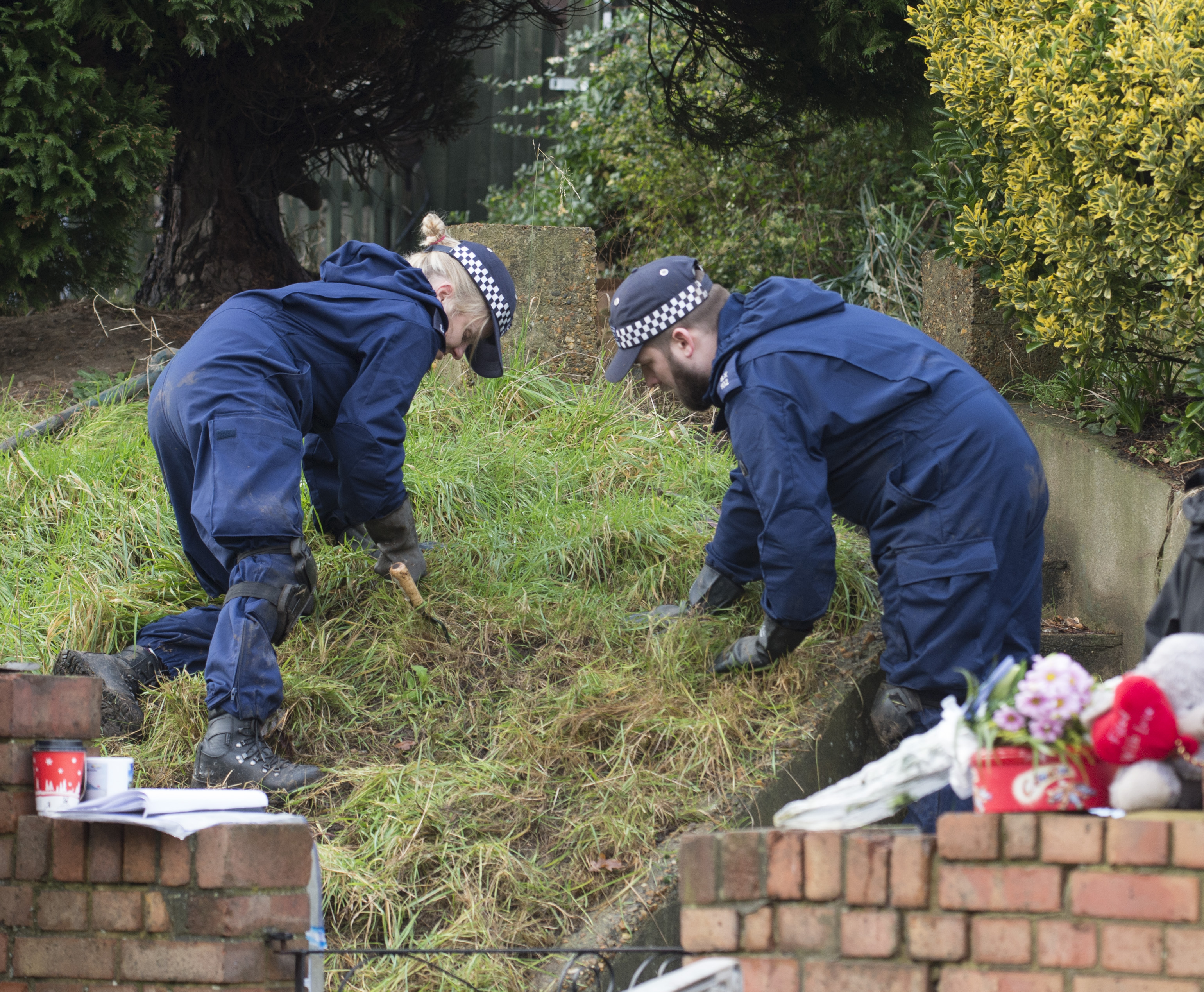 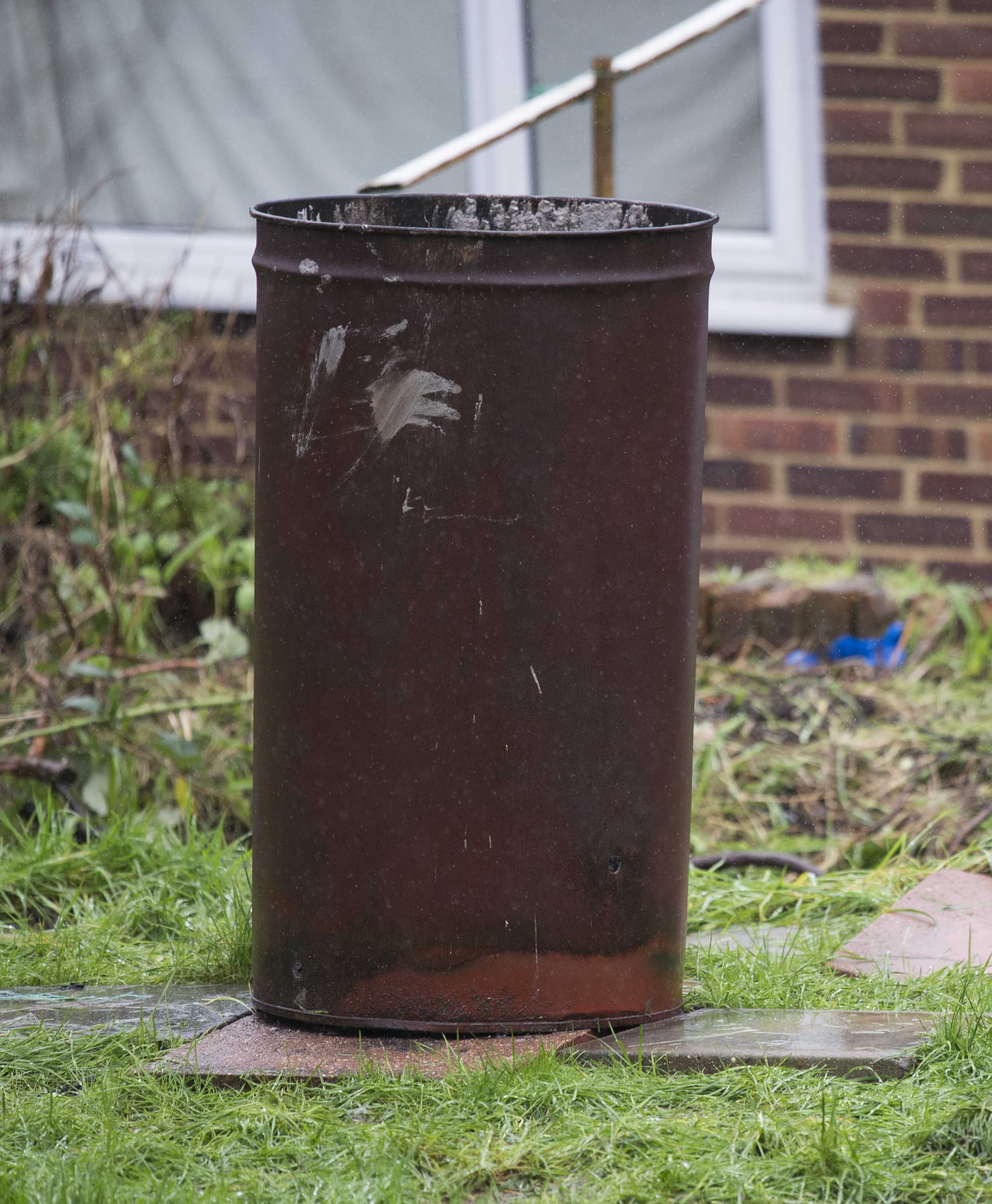 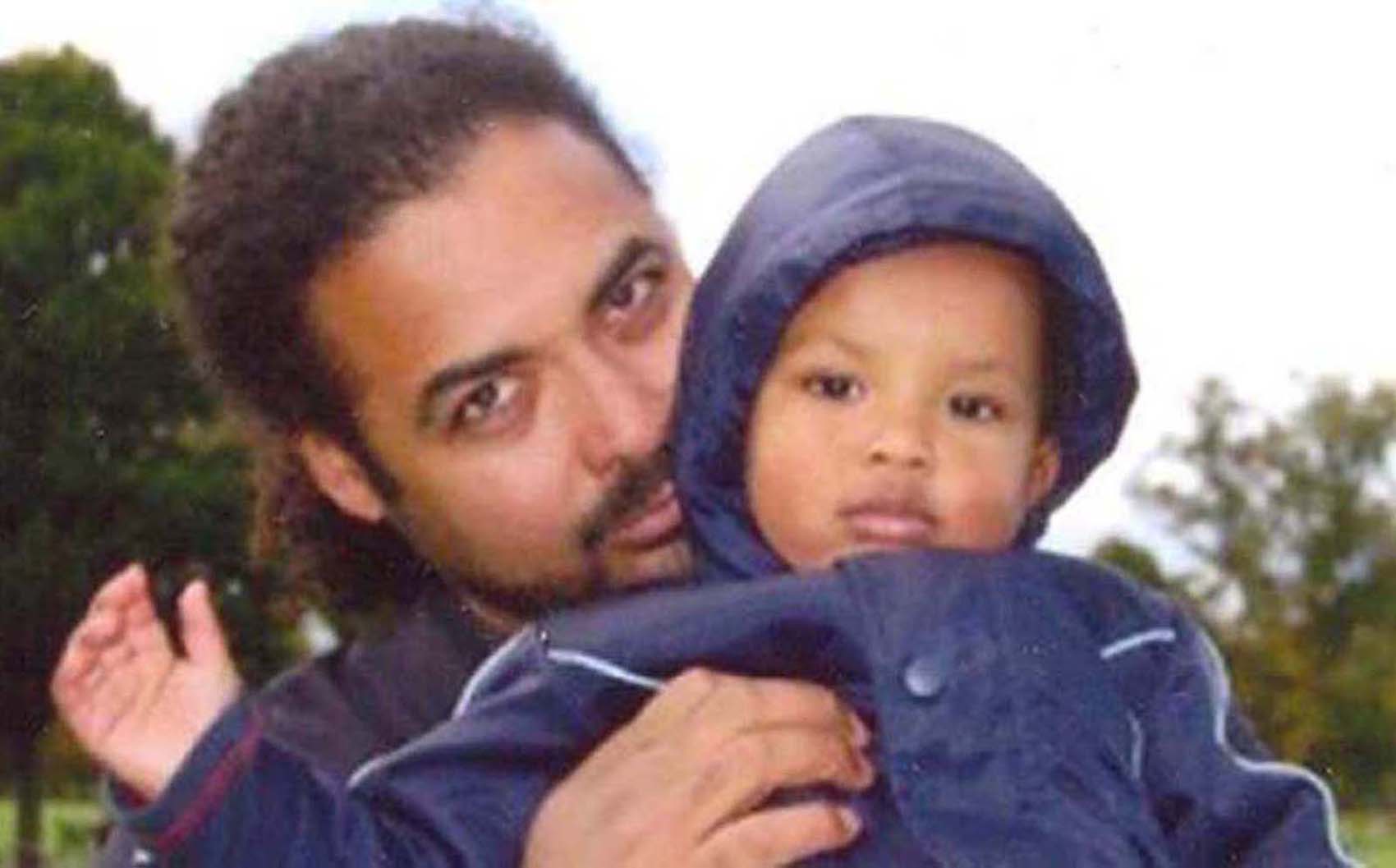 Detective Chief Inspector Graeme Gwyn, Homicide and Major Crime Command, said: "Arthur Simpson-Kent has never given a reason as to why he killed Sian, Zachary and Amon in the way that he did.

"Sian's close-knit family are devastated by the loss of their much loved sister, daughter and cousin.

generations of their family to a violent and completely senseless act of murder at the hands of Simpson-Kent.

"Our efforts to bring Simpson-Kent back to the UK to face justice were greatly expedited by the help we received from the Ghanaian authorities and the National Crime Agency, who alongside us, ensured

Simpson-Kent was arrested as soon as possible and returned to the UK.

Timeline of evil: How Arthur Simpson-Kent murdered his family and fled from cops

13 December 2015: Sian and her children are last seen alive