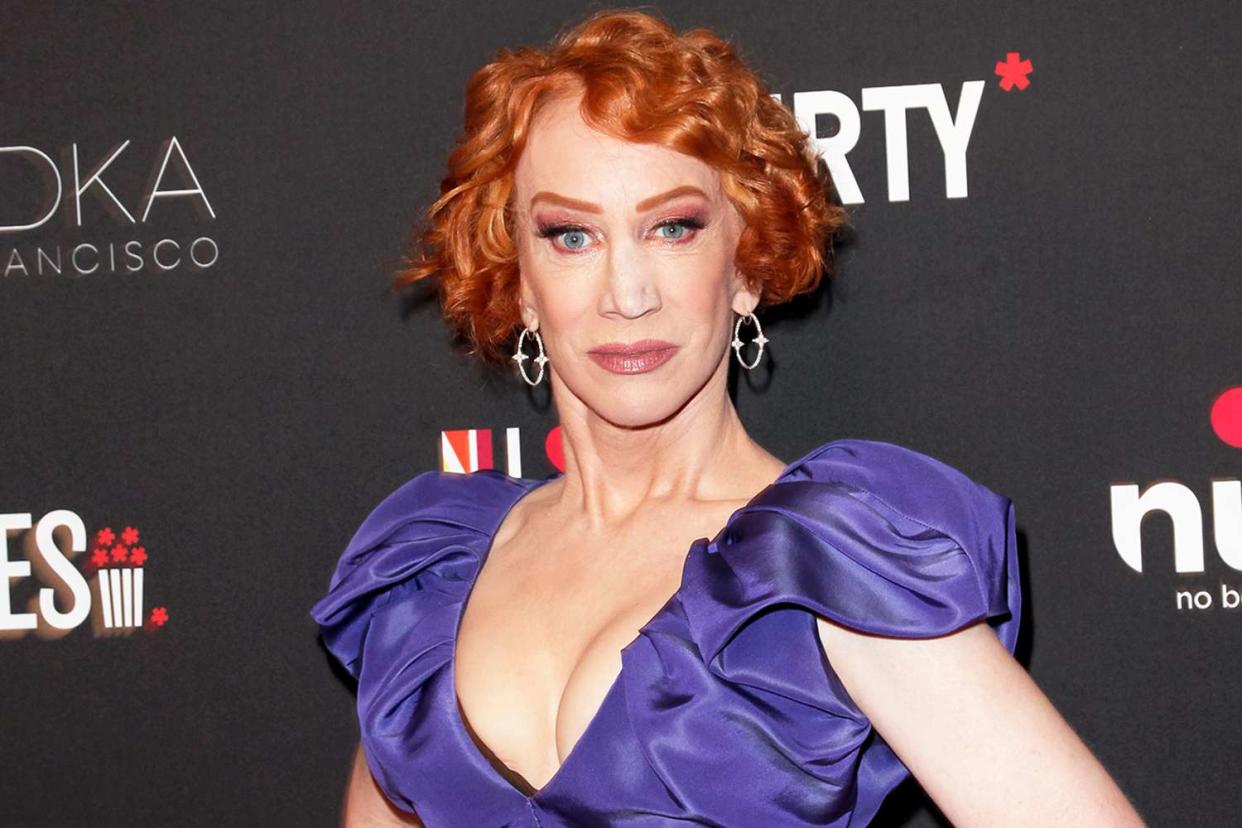 Kathy Griffin is getting honest about how the fallout from posing with a bloodied replica of former President Donald Trump’s head affected her health.

Describing the repercussions from the photo in a Newsweek op-ed, she called it “an erasure,” writing that it got to the point where she wouldn’t leave her home for months.

“I started taking any prescription pill I could get my hands on. I was taking a lot of Valium, which is very addictive, and Xanax,” the comedian, 62, said. “I then overdosed on June 25, 2020 and went to the hospital on one of those psychiatric holds.”

Following the 2017 incident, Griffin was fired from co-hosting CNN’s New Year’s Eve special, investigated by the Secret Service, put on a “No-Fly” list, and saw many of her stand-up gigs canceled and TV opportunities go away.

She wrote that things began to build up as she realized many “old friends” like Andy Cohen and Anderson Cooper were distancing themselves, along with the increased backlash from liberals and conservatives.

“It was just too much for me,” she stated.

Although she is able to make light of the situation, writing, “I have more in common with Britney Spears and Kanye West than I ever wanted to,” she expressed that she sought and is still undergoing treatment.

She joyfully depicted her past struggles in a comedic video on her 62nd birthday in November.

“I’m 62 year young today! Her [sic] I am walking against the wind as I have done my whole life. :),” she wrote alongside a video of her trying to take a picture in the wind.

If you or someone you know is struggling with substance abuse, please contact the SAMHSA helpline at 1-800-662-HELP.