KATE Middleton and Prince William are today planting seeds with youngsters on their final day in Scotland.

The Duke and Duchess of Cambridge arrived at Starbank Park in Edinburgh this morning to help teenagers doing their Duke of Edinburgh's bronze award plant sunflowers. 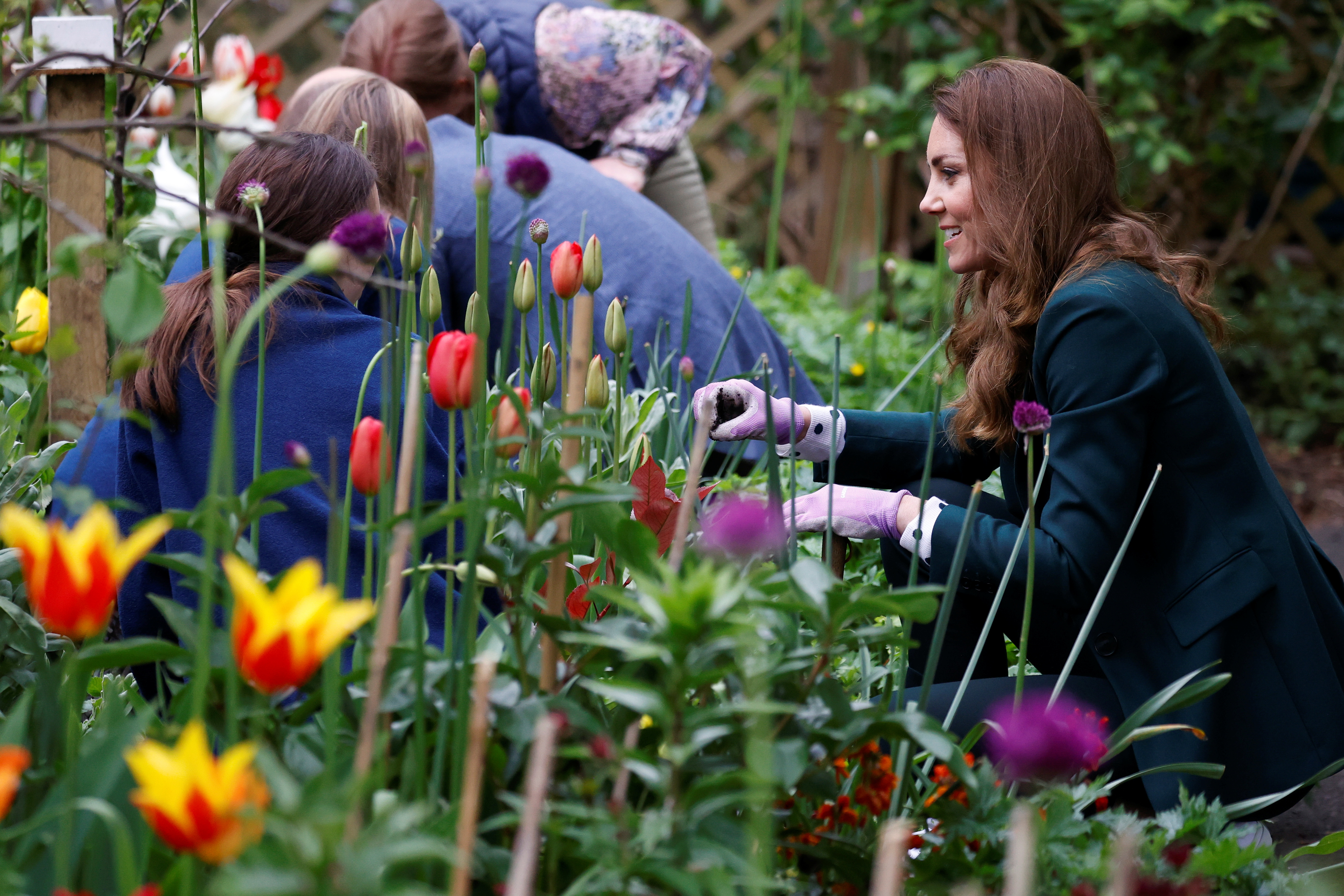 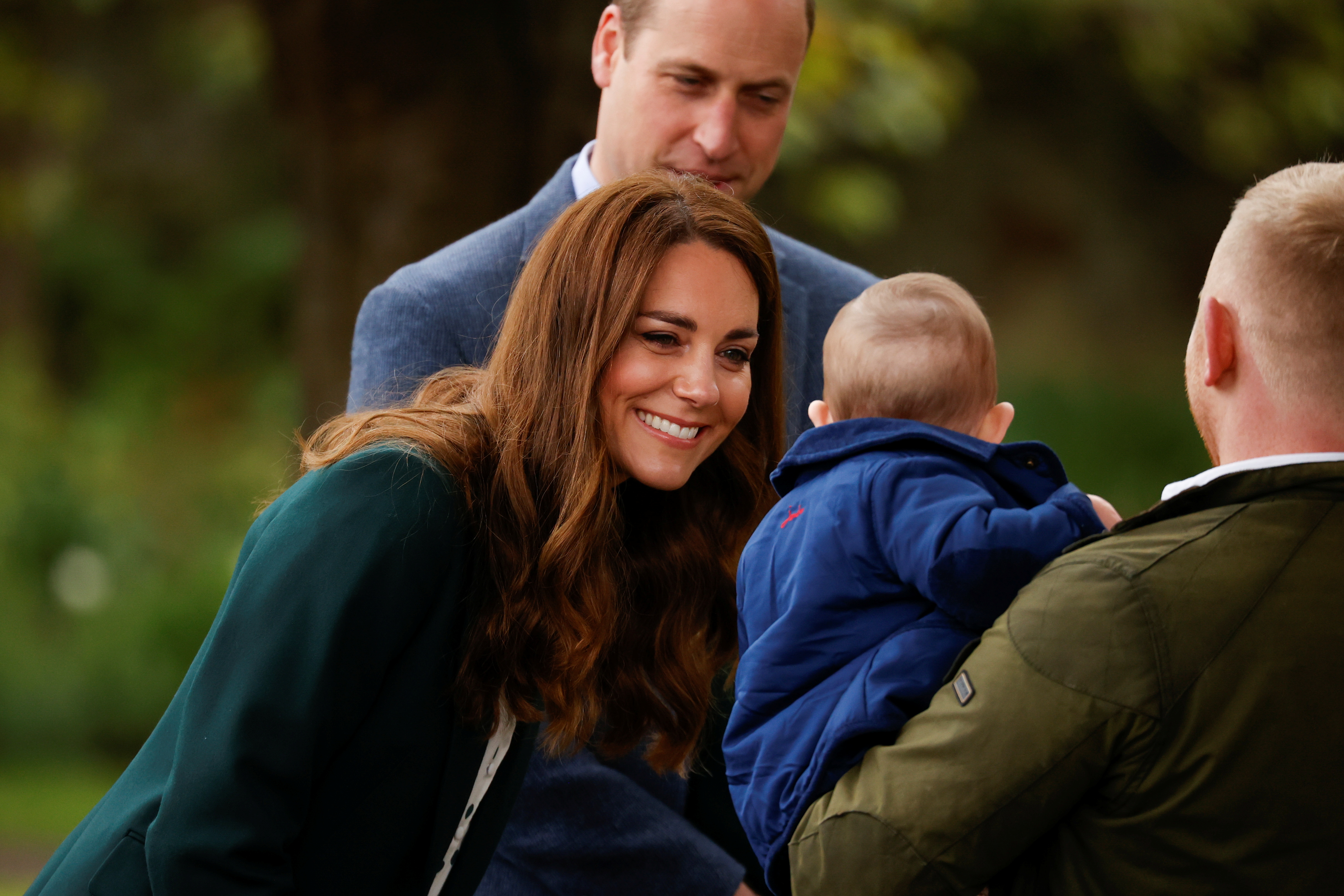 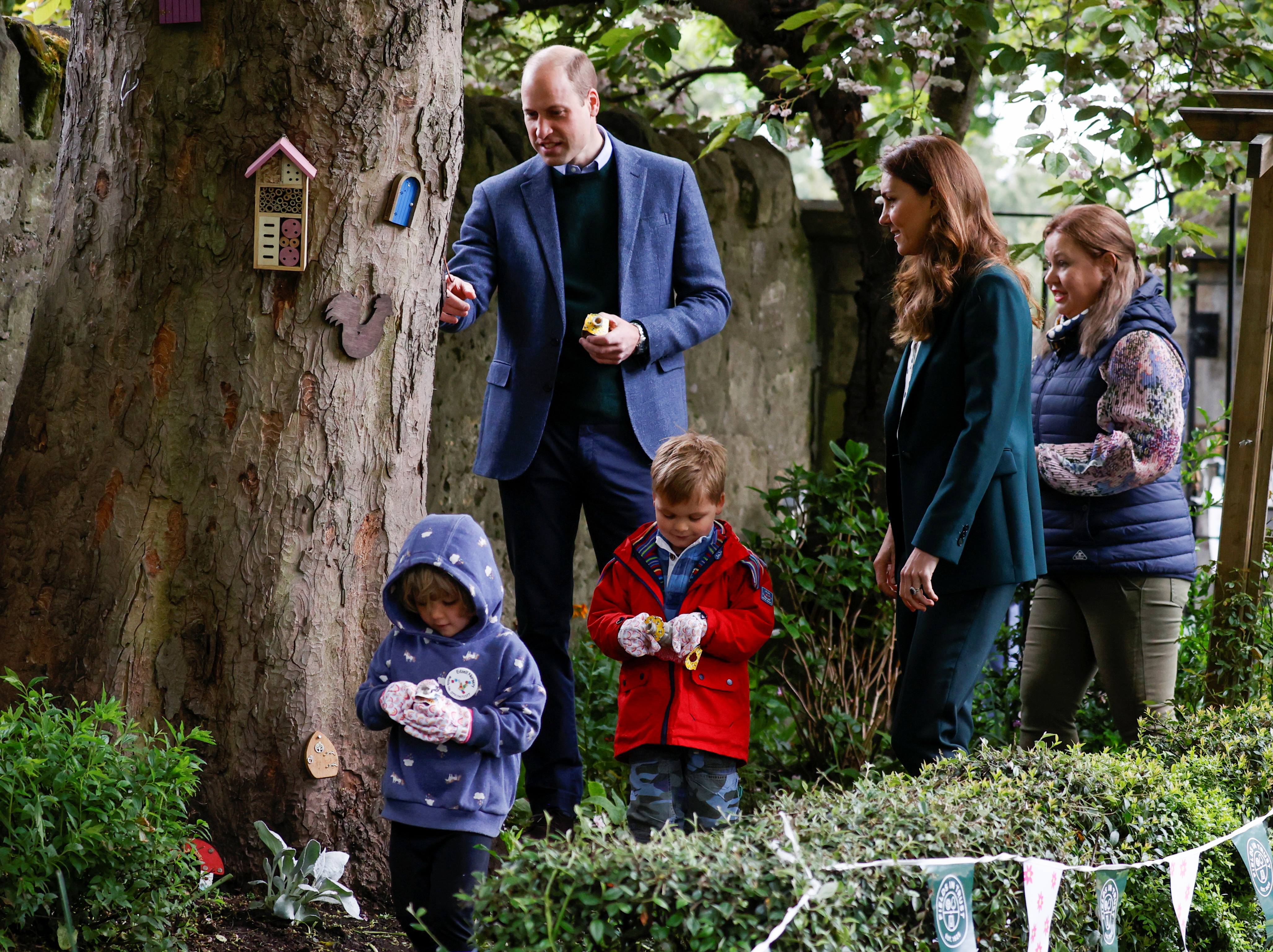 William later planted an apple tree as the pair helped nursery children plant seeds for butterflies on a nature trail in the 125-year-old park.

They also heard about the work of Fields in Trust, who are running a pioneering initiative to reduce inequality of access to green spaces in the UK.

Starbank Park is run by the City of Edinburgh Council and protected by Fields in Trust which has William as its president, a role previously held by his grandfather the Duke of Edinburgh.

The couple heard about the trust's Green Space Index, an annual barometer of green space provision and distribution across the UK, and chatted to volunteers and families about the importance of the park to the local community.

The index identifies the provision of green spaces and this year's report found more than 2.77 million people live further than a 10-minute walk from a local park or green space, and only 6% of all parks and green spaces are protected in perpetuity.

City of Edinburgh Council has used the index to ensure almost all of its residents are within a 10-minute walk of a protected park or green space.

It comes just a day after the couple took a "trip down memory lane" as they enjoyed fish and chips at their old favourite student takeaway.

The royal couple returned to St Andrews in Scotland, where they first met as students 20 years ago, before making a detour to Anstruther Fish Bar.

The Duke and Duchess of Cambridge were said to be "regulars" at the chippy when they studied at St Andrews University.

They popped in to say hello and staff and ate their haddock and chips on a bench by the harbour before returning for ice cream.

"Fast-forward to this afternoon and you can imagine our excitement when we had the privilege of welcoming back the Duke and Duchess of Cambridge (or, to give them their official Scottish titles… The Earl and Countess of Strathearn) to Anstruther Fish Bar.

A post on the Anstruther Fish Bar Facebook page read: "We can hardly believe it’s almost 20 years since we last had the honour of frying up some Scottish haddock and chips for, our then regular customers, Prince William and Catherine Middleton, while they were students at St Andrews University.

"Their Royal Highnesses have been in the East Neuk of Fife today and surprised us by ending their visit with a takeaway fish supper, which the Duchess told us, was a lovely 'trip down memory lane'. 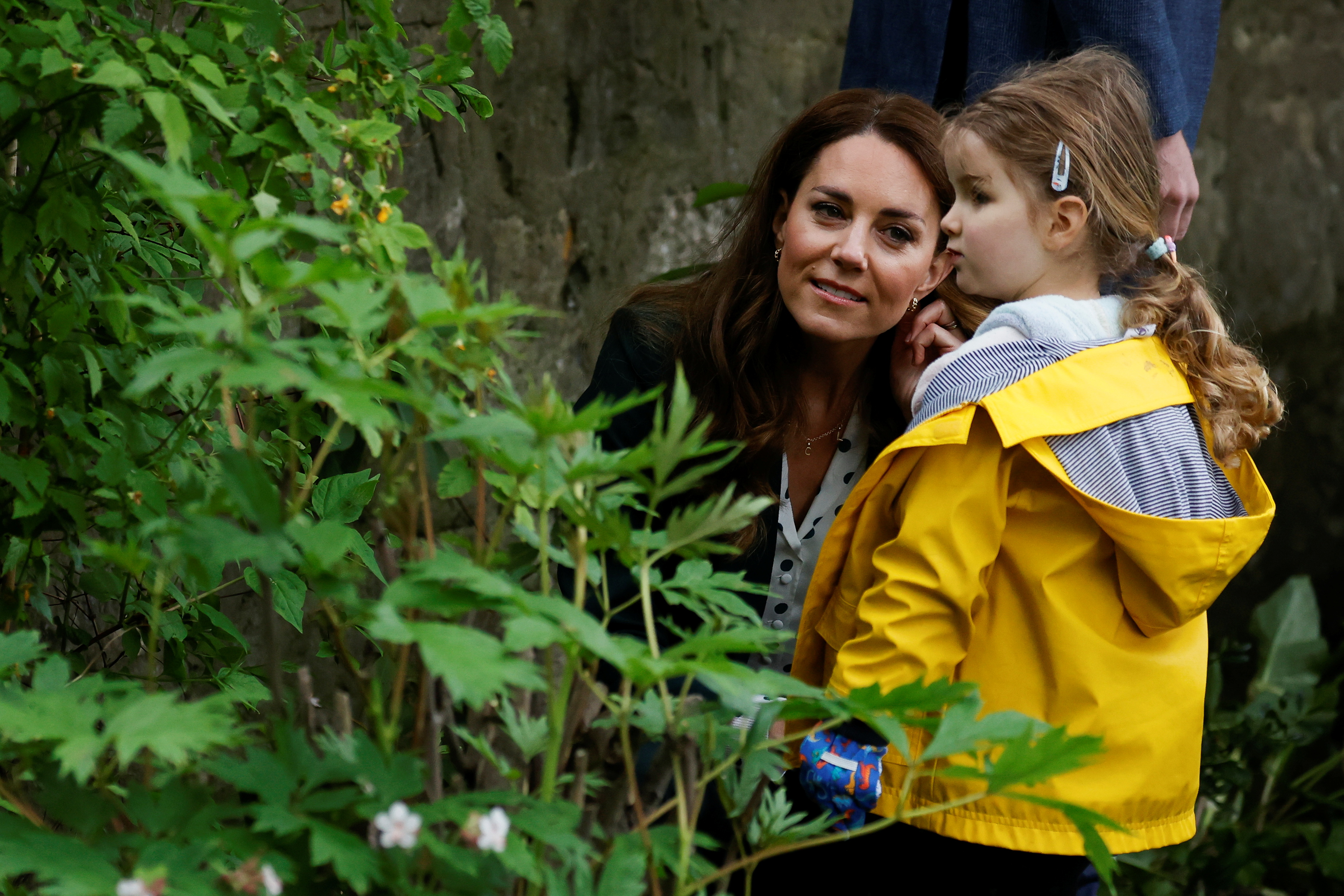 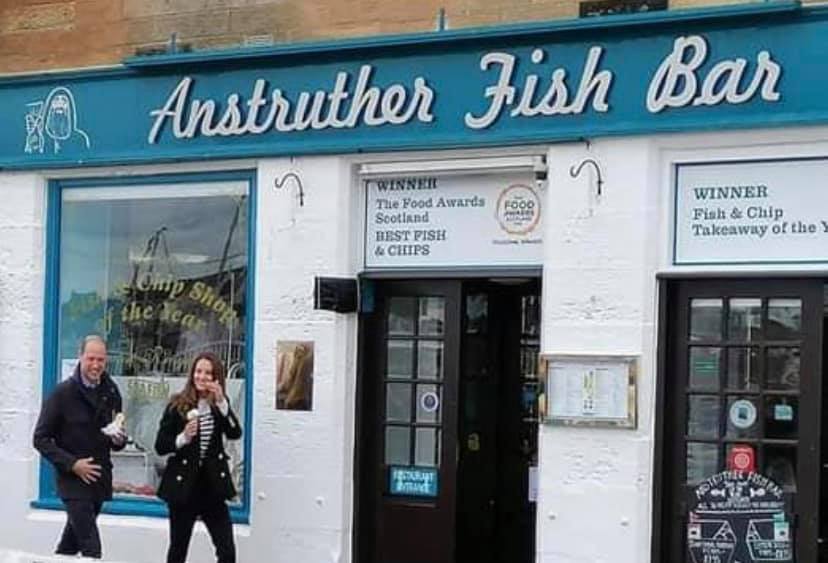 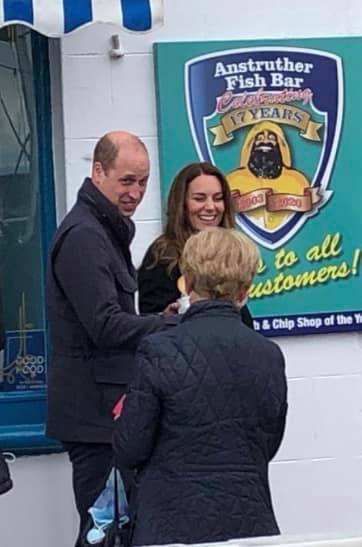 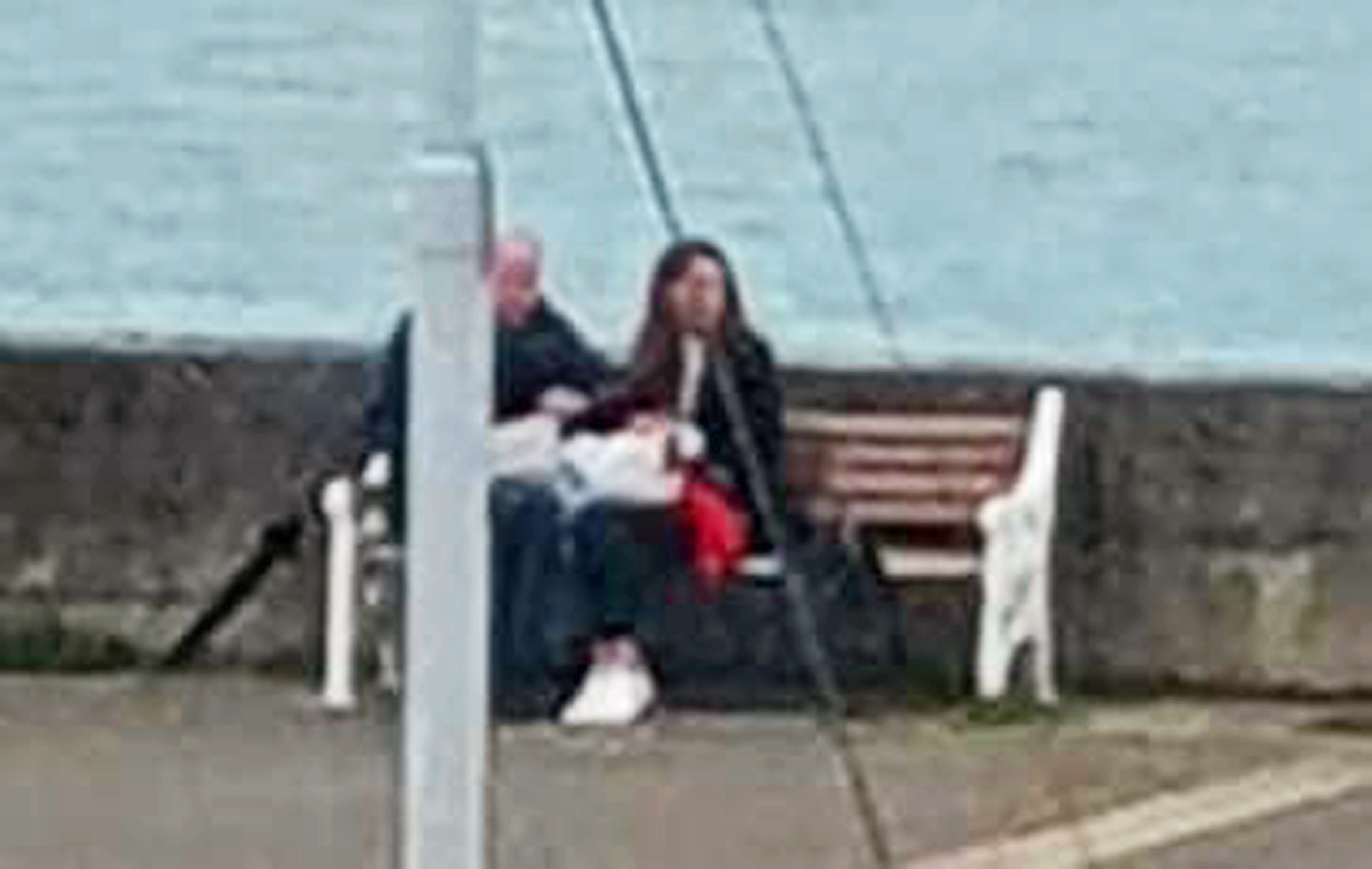 "They enjoyed the whole takeaway experience, as most visitors to Anstruther do, sitting on a bench by the harbour, while no doubt keeping a watchful eye out for the local, hungry seagulls!

"The Duke thanked us for the fish and chips and made a point on telling Andrew that they were just as good, if not better than he remembered from his student days."

Before their chippy lunch, the pair took part in land yachting on West Sands Beach on Wednesday morning.

The couple then headed to the Palace of Holyroodhouse to watch a special screening of Disney's Cruella alongside NHS staff.

William and Kate joined guests at the unique event at the Palace of Holyroodhouse in a 1966 2A model that belonged to Philip and was loaned by the Queen.

During the event, Kate said about their tour of Scotland which ends on Thursday: "It's been brilliant, we've had such a lovely welcome from everyone so it's nice to come back."

After parking up in the forecourt of the palace the couple met some of the guests being recognised for their efforts during the health crisis.

Those attending came from across the NHS workforce in Scotland, having been nominated by NHS Charities Together's member organisations and their associated health boards. 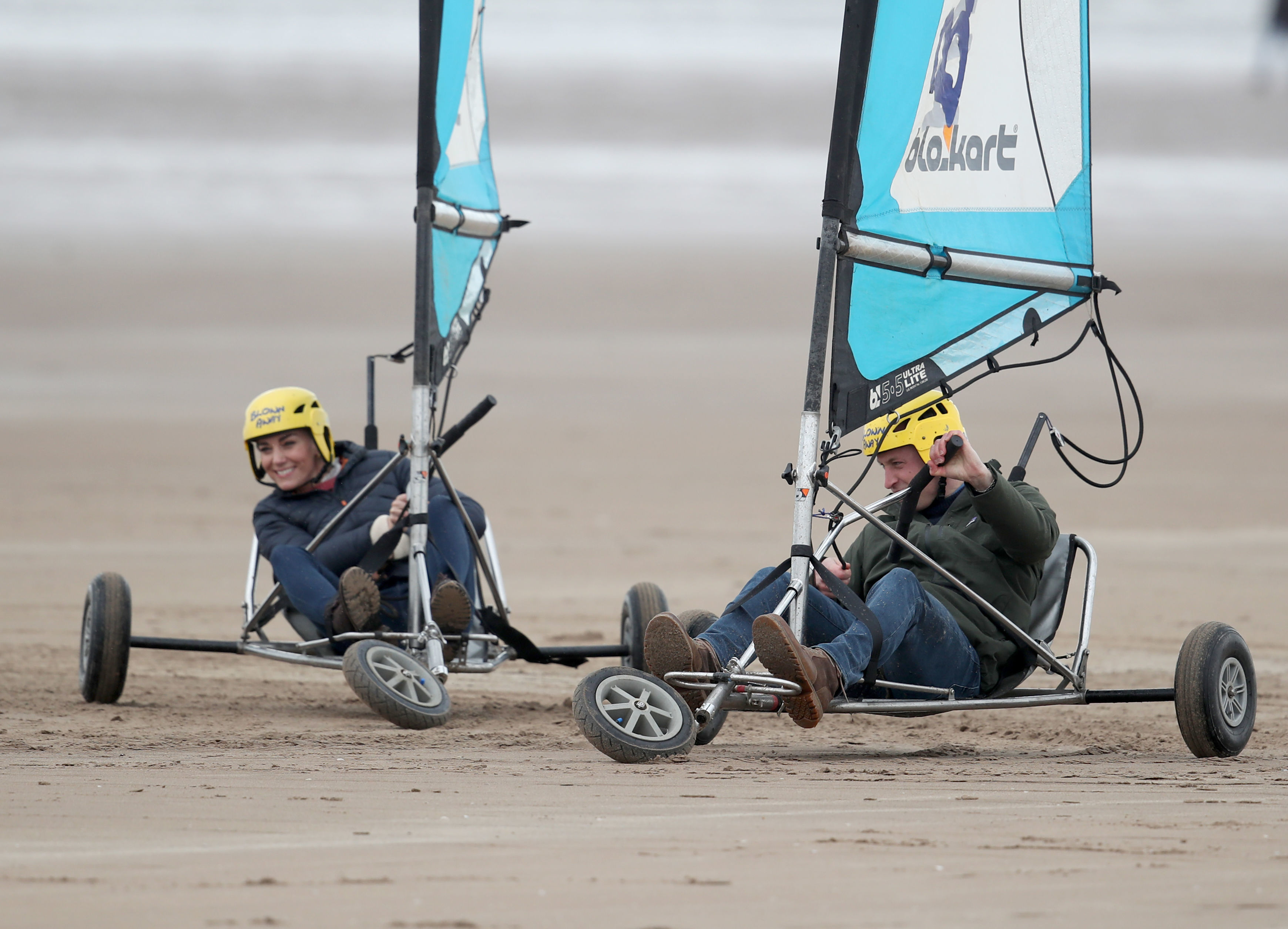 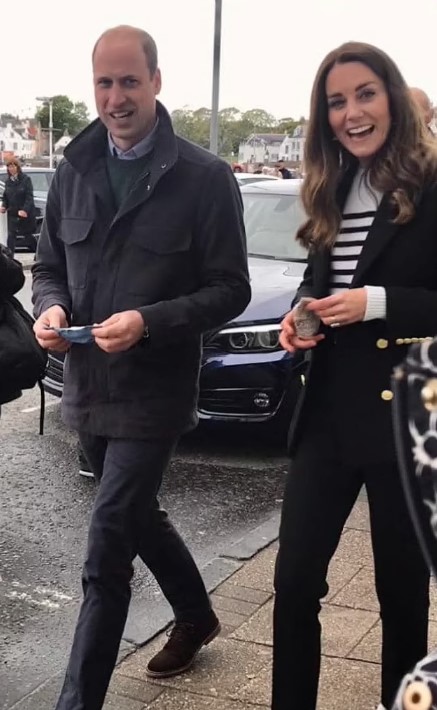 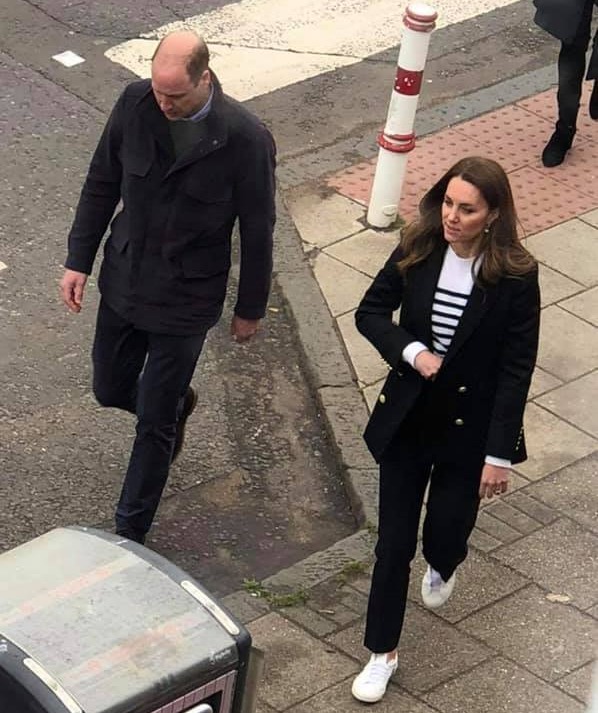