New York: It's a rare day indeed when Donald Trump is not necessarily the biggest star in the White House – or the person with the most outlandish things to say.

But that's what happened on Thursday local time in Washington when rapper Kanye West, wearing a red "Make America Great Again" cap, met with Trump and proceeded to drop the f-bomb in the Oval Office.

Veteran White House reporters said it was the most bizarre thing they had seen in their careers.

"Let's stop worrying about the future, all we have is today," West told reporters, speaking in the sprawling, stream-of-consciousness style Trump likes to deploy at his rallies and press conferences. "Trump is on his hero's journey right now. He might not have thought he'd have a crazy motherf—-r like (me)."

West's performance at times left Trump looking stunned – and the rapper was so complimentary that even the famously braggadocious president had to demur.

Famous for songs such as Gold Digger and Touch the Sky, West is married to reality TV star Kim Kardashian, who met with Trump in the White House earlier this year to discuss prison and sentencing reform. 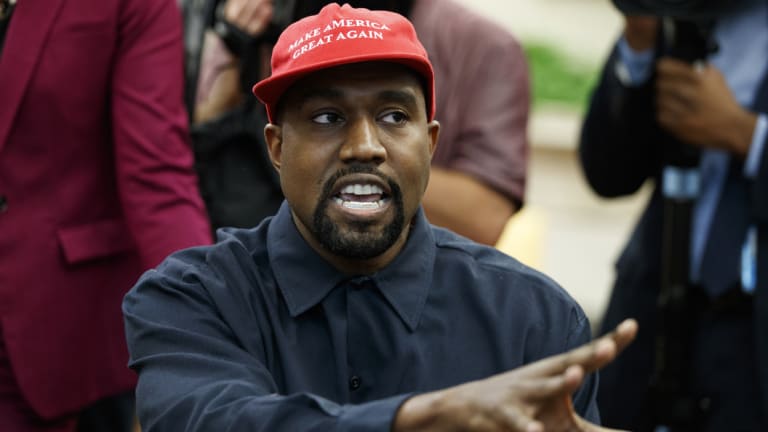 Rapper Kanye West speaks during a meeting in the Oval Office of the White House with President Donald Trump.Credit:AP

The topic for Thursday's Trump-West meeting was also criminal justice reform, though many other issues were raised at the press conference.

West said he was drawn to Trump because he married into a family where "there’s not a lot of male energy going on".

"I love Hillary, I love everyone," he said. "But the campaign 'I'm With Her,' just didn't make me feel as a guy, who didn't get to see his dad all the time, like a guy that could play catch with his son.

"There was something, when I put this hat on, it made me feel like Superman," West said, referring to his red MAGA cap.

West recently appeared on the sketch comedy show Saturday Night Live, where he wore the same hat and praised Trump at length. West said the show's comedians, who regularly ridicule Trump, should be kinder to the president. 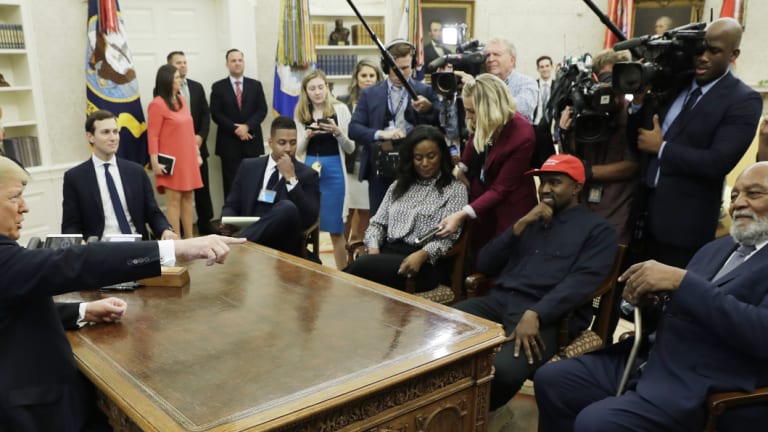 "This is our president – he has to be the freshest, the flyest."

West also pitched Trump on a new plane to replace Air Force One that would be made by Apple and called the “iPlane 1”.

West said he was diagnosed with bipolar disorder, but a neuropsychologist said he "actually wasn't bipolar. I had sleep deprivation."

West's loud support for the president has drawn an angry reaction from many African-Americans, who polls show overwhelmingly disapprove of Trump. 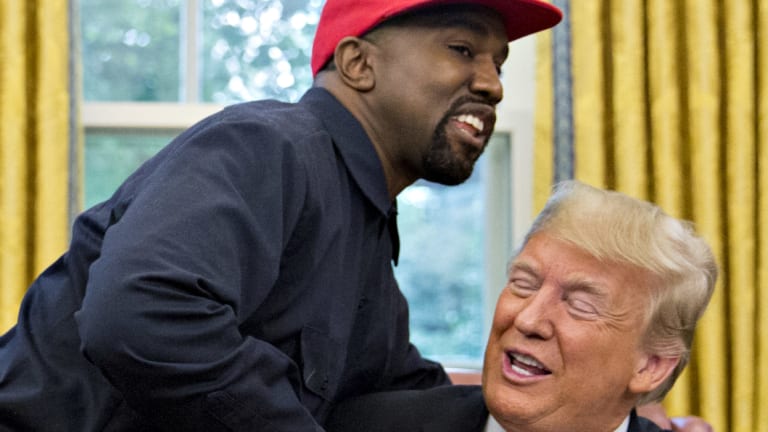 Rapper Kanye West shakes hands with US President Donald Trump during a meeting in the Oval Office.Credit:Bloomberg

West said he was delighted by progress twowards a denuclearised North Korea, telling Trump: "You stopped the war."

"Day one, solved one of his biggest problems," West continued.

Toward the end of the press conference, West jumped out of his chair to give Trump a hug.

Asked if West could run for president one day, Trump said it was entirely possible.