Judge asks why nightclubs are allowed to stay open until dawn after jailing thug for two years for trying to start fight when doorman refused him entry at 4.30am

A senior judge is asking why nightclubs are allowed to open until dawn after he jailed a thug who tried to start a fight when a doorman refused him entry at 4.30am.

Judge Anthony Cross QC heard how Domario Lindo was seen with a blade hidden behind his back on March 15 as a brawl erupted outside Club Bloom in Manchester’s gay village.

Lindo, 25, had arrived at the venue at 4.30am – but he and his brother flew into a rage when doorman Dominic Sinnott refused to let them in.

He later tried to dispose of a lock knife when police were alerted but the three-inch blade was recovered as he was arrested.

At Manchester Crown Court, Judge Cross jailed Lindo for two years and three months after he admitted possession of a bladed article and obstructing a police officer.

He questioned whether it was ‘necessary’ for nightclubs to be open until dawn. 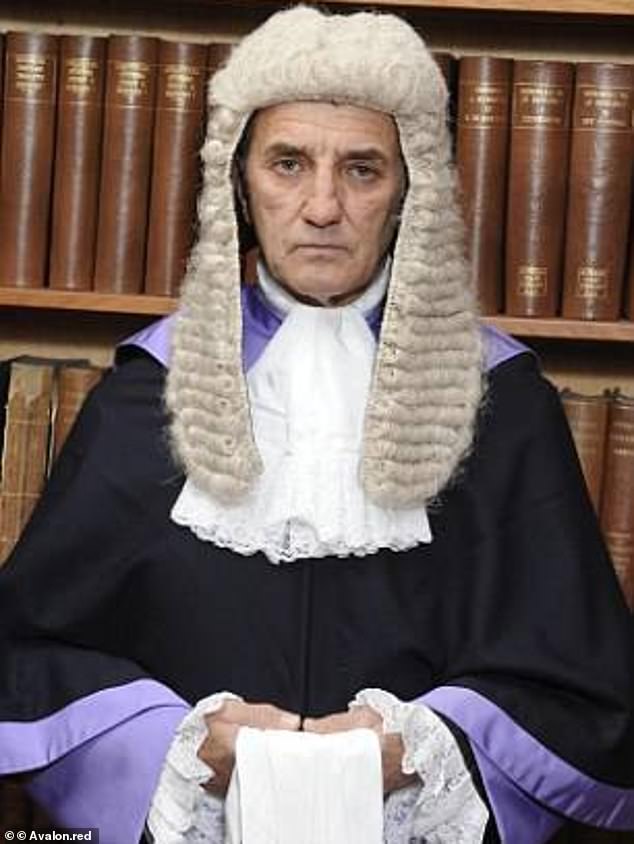 At Manchester Crown Court, Judge Cross jailed Lindo for two years and three months after he admitted possession of a bladed article and obstructing a police officer

The judge commented: ‘The circumstances of this offending are quite terrifying. It was in the early hours of the morning, in a public place when people were going into a nightclub.

‘There was a risk of serious public disorder if trouble broke out. This court has seen many cases which have resulted in serious harm having been caused by the use of a weapon and particularly weapons like this.

‘In my judgement, he kept it from the sight of people until a point where it might be used to threaten someone should violence get to a stage where it was considered ”necessary”.

‘I do not understand why it is necessary for nightclubs to be open until 4.30am.’

Lindo had 19 previous offences on his record and had been convicted in September 2015 of possession of a knife plus possession of cannabis. He also received a suspended sentence for battery in 2017 and was convicted of harassment last year.

The nightclub incident occurred on March 15 while Lindo, aka Simeon Nelson, from Old Trafford, Manchester had been out with friends.

‘The doorman had to radio through to colleagues to come for assistance and he describes them as becoming more and more aggressive before the colleagues came to the front door.

‘The two men then confronted other door staff and then one of them tried to punch a colleague of the complainant, and a full-on fight between the men and door staff ensued.

‘Two members of the public passing by could see the defendant had a knife in his hand behind his back which they thought was a bladed knife. 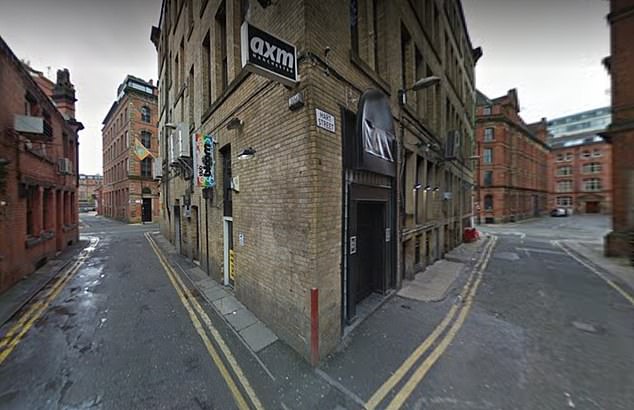 ‘The defendant managed to get rid of the knife in a nearby alleyway but it was retrieved by police and there is a picture on the digital case system. The blade is about three and a half inches long and it was a locked knife with a back handle.

In a statement to police, Mr Sinnott said: ‘It shook me that a knife of such design, which can inflict such harm on people, could be carried. It happened at a time when innocent people were out enjoying themselves.

‘I have children and it is unbearable to think of what could happen to them.’

Defence barrister Ellen Shaw said: ‘The defendant is remorseful and regrets his actions. That remorse and regret was repeated and genuine. His wife is soon to give birth, which will be made more difficult because of the health crisis. She may well be the person who suffers most out of all of this.’

But the judge told Lindo: ‘You don’t need me to tell you how seriously the courts consider the possession of knives. It would have been just a moment for that knife to have become visible, when, quite obviously, serious harm would have ensued.

‘Mr Sinnott talks of the shock of seeing the knife and it’s design which showed it could have inflicted serious harm. Innocent people were out enjoying themselves in the early hours of a Sunday morning.

‘Despite the fact that Mr Sinnott is a doorman the incident has unnerved him and he is now worried when he goes to work and is worried about his children.’