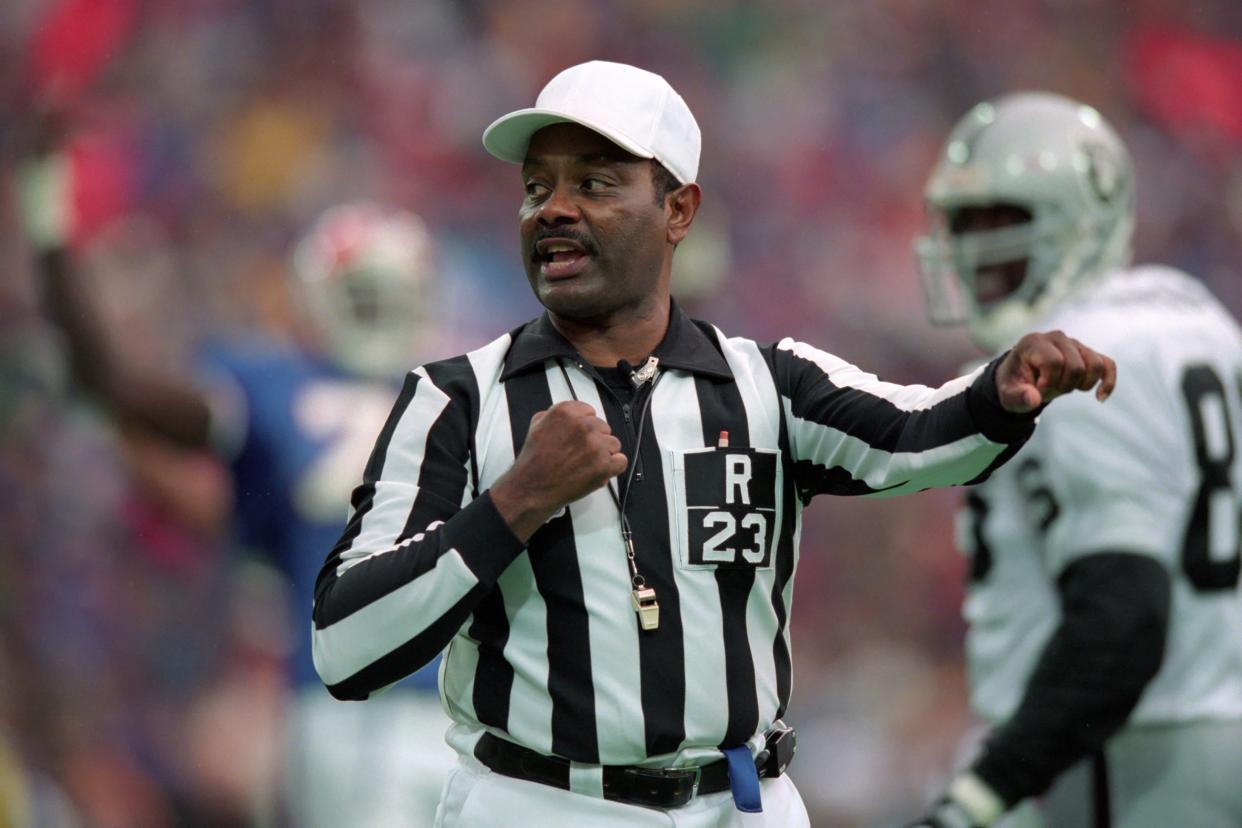 Johnny Grier, the first Black person to lead an NFL officiating crew, died on Tuesday. He was 74.

Johnny Grier, the @NFL’s first Black referee and the field judge for Super Bowl XXII, was a trailblazer who paved the way for those in the field of @NFLOfficiating and beyond.

A North Carolina native and University of D.C. graduate, Grier got his start as a high school referee in 1965 and in college football in 1972, according to Football Zebras. He joined the NFL as a field judge in 1981 and worked Super Bowl XXII before getting promoted to referee in 1988, the first African-American man to hold the position in the NFL.

Over the course of his career as an official, Grier worked 15 playoff games and led the crew in the 1993 AFC Championship game. In 1989, he oversaw the debut of Art Shell, the modern NFL's first Black head coach.

Grier's officiating career came to an end in 2004, when a leg injury forced him off the field. He would go on to work as officiating supervisor for the NFL and supervisor of officials for the Mid-Eastern Athletic Conference.