GAFFE-PRONE Joe Biden awkwardly read his “end of quote” cue off his autocue in his latest embarrassing blunder.

The president was addressing Americans about rising gas prices and the supply chain crisis – just days before Thanksgiving. 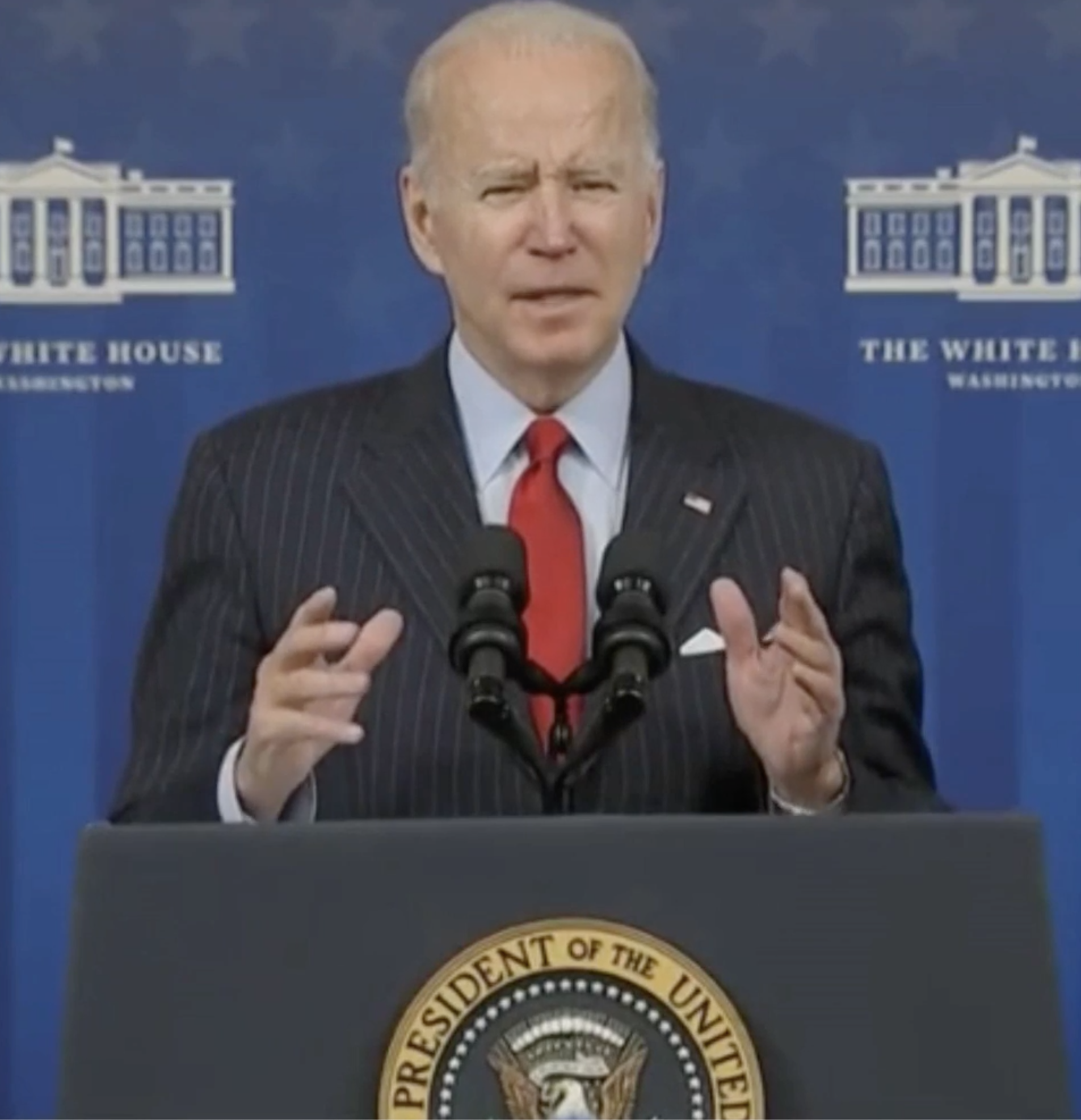 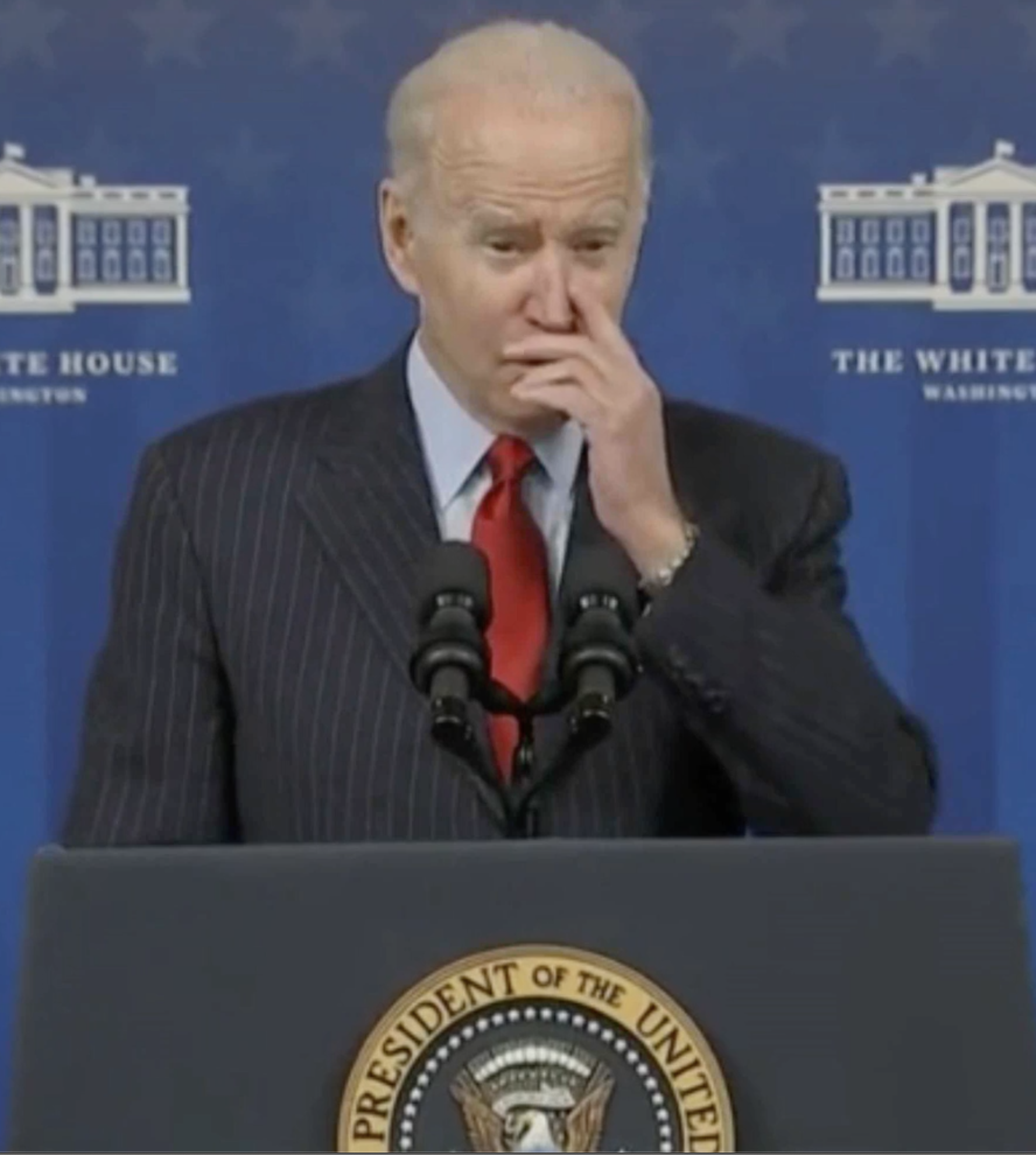 He was referring to a statement from the CEO of Walmart when he made the blunder.

Biden said: “And, by the way, you may have heard the CEO of Walmart yesterday on the steps we’ve taken. He said and I quote ‘The combination of private enterprise and government working together has been really successful.’

“He went on to say, ‘All the way through the supply chain, there’s a lot of innovation. Because of the actions we’ve taken, things have begun to change.' End of quote.”

The gaffe-prone commander-in-chief then continued with his speech.

San Diego anchorman Burgundy is played by actor Will Ferrell in the movie Anchorman: The Legend of Ron Burgundy.

He is renowned for reading his speeches as it appears on the autocue, including his cues.

Another chimed: “Joe Biden would have made Ron Burgundy proud today.”

A third commented: “Biden just read ‘End of Quote’ off the teleprompter… We’re getting dangerously close to a Ron Burgundy situation.”

Biden is renowned for his blunders and has made several gaffes since his inauguration in January.

The president was embarrassingly caught on camera folding his arms and gradually dozing off as the Cop26 climate conference kicked off in Glasgow.

Biden's eyes closed for a few seconds before he woke himself, however, before they shut again for a second time

A man in a suit then came over to the president to stir him awake.

Biden then uncrossed his arms and listened to what the staff member was telling him, before applauding the opening speaker.

While journalist Piers Morgan commented: “Jeez… not the best look when you’re trying to tell the world to wake up."

The president made the blunder as he delved into what was discussed at the long-awaited summit.

He then quickly corrected himself, before continuing to speak about his discussions during the four-hour-long meeting.

Trying to recover, the president continued: "He talked about the need for us to have some kind of modus operandi where we dealt with making sure that the Arctic was, in fact, a free zone.”

Just days before his summit in Geneva with the Russian strongman, Biden appeared to confuse Syria with Libya while addressing the G7 conference in Cornwall.

Biden said Washington and Moscow could work together in providing aid to Libya.

He then commented that Russia had "bitten off more than it can chew" following their intervention in Syria – another country plagued by civil war.

Biden said: "I’m hopeful that we can find an accommodation where we can save the lives of people in, for example, Libya."

One said: “Leader of the free world right there… and I have no idea what he’s mumbling about.”

Another shared a picture of a bowl of alphabet spaghetti and accompanied the image with the caption: “Joe Biden has released a statement”.

And in March, Biden was caught tripping over the steps of Air Force One in an embarrassing blunder.

He stumbled three times before quickly recovering as he trooped up the stairs, giving a salute before entering the large aircraft.

His trip was made fun of on Twitter in a series of memes.

Some photoshopped Biden getting punched by an anime character while others tweeted pictures of the president sitting on a chairlift as he boarded the aircraft.

The stumble prompted calls for Biden's impeachment as critics said he was "too unfit" for office. 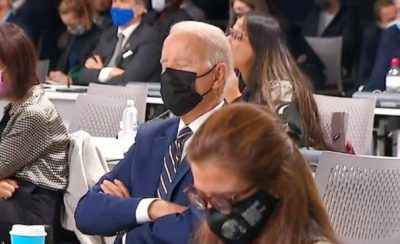 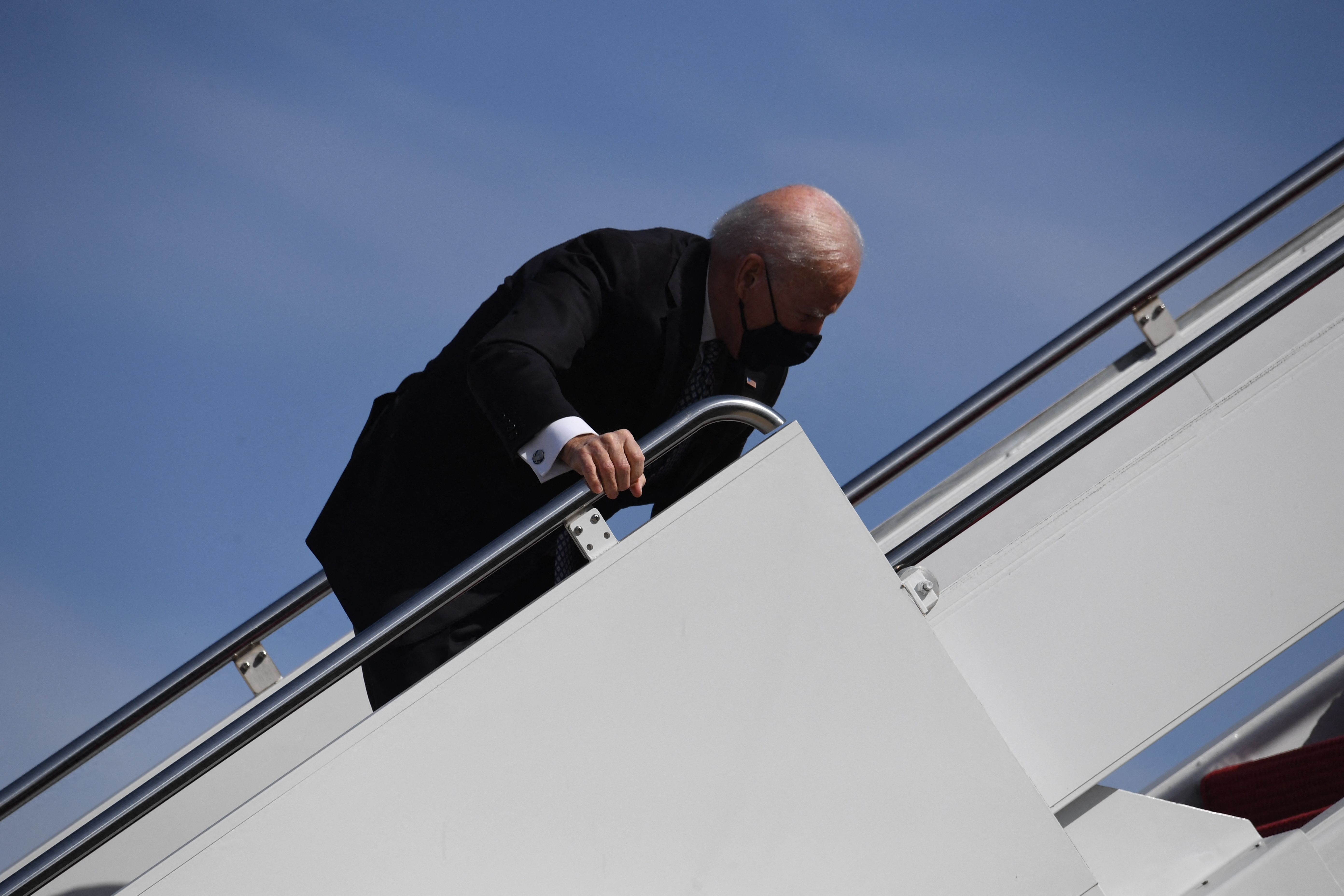