Jeffrey Dahmer’s temple of skulls: Serial killer’s childlike sketch of shrine he was building with the corpses of the men he killed and ate is revealed

A childlike sketch by cannibal serial killer Jeffrey Dahmer, showing a shrine he planned to erect to his victims, was revealed in Netflix’s latest documentary travel series.

In the third episode of Netflix’s Dark Tourist, host David Farrier traveled to Milwaukee, Wisconsin for the Cream City Cannibal Tour, along with a woman named Natalie, who is described as being a ‘Dahmer fanatic.’

Dahmer was a serial killer and sex offender, who raped, murdered and dismembered 17 boys and men between 1978 to 1991. Several of his murders involved necrophilia, cannibalism and preservation of his victim’s body parts, including their skeletons. 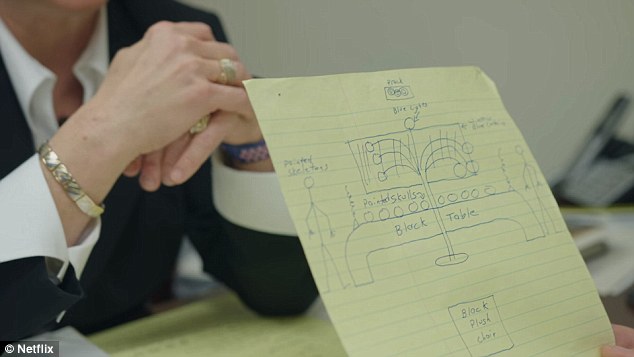 Netflix’s Dark Tourist series traveled to Milwaukee to go on a Jeffrey Dahmer-themed tour and visit his lawyer, Wendy Patrickus, who showed off Dahmer’s sketch of his murder shrine 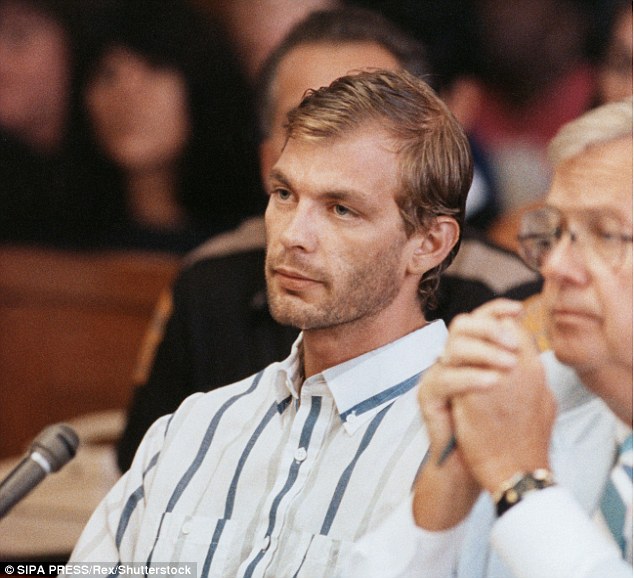 The tour shows where Dahmer snatched seven of his 17 victims and, per Dark Tourist, is popular with women in their 30s and apparently a common bachelorette party activity.

After the tour, Farrier and Natalie met with Dahmer’s defense attorney, Wendy Patrickus, who showed the pair a piece of paper from a yellow legal pad.

The paper depicted a crudely drawn shrine in his apartment — complete with labels where painted skulls and skeletons would be arranged on and around a black table — that Patrickus said Dahmer had drawn for her one day. 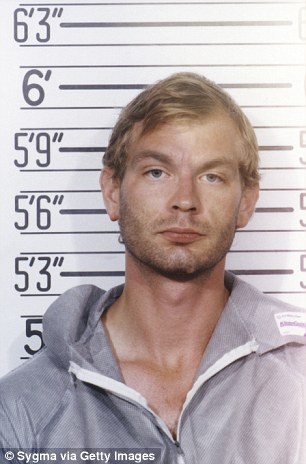 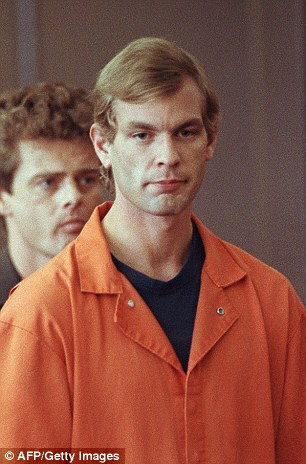 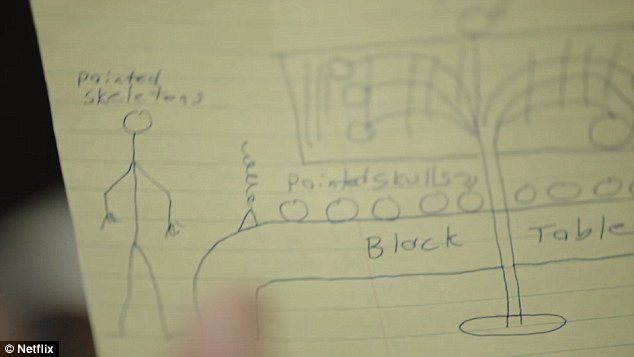 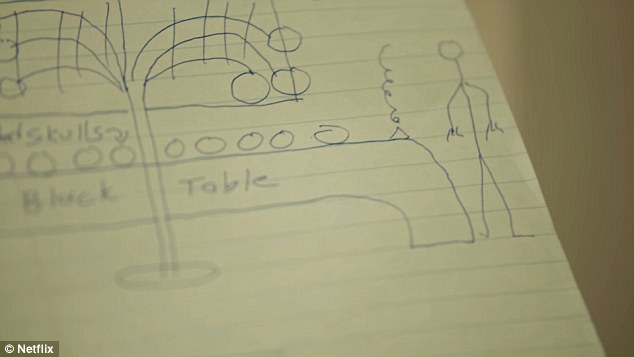 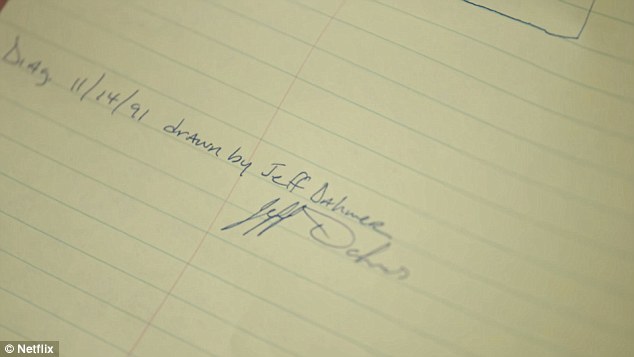 Dahmer signed the sketch and dated it November 14, 1991

‘He saved the entire bodies of these two on the end,’ Patrickus said, noting that Dahmer ‘had a thing for hands, he’d save the hands a lot of times and obviously the penis.’

She went on to say that Dahmer, ‘had this lamp that had these globes that went over the top of each one of the skulls that he would have to kind of highlight it. And then he would just sit there in his chair and it was his own little shrine to himself.’

The drawing was signed by Dahmer and dated November 14, 1991.

Dahmer had been arrested several months earlier on July 22, 1991 and confessed to the murders shortly after.

‘Seeing the papers that she has, the drawing of the shrine that he made, I couldn’t take my eyes off of it,’ Natalie said after leaving Patrickus’ office.

‘It was captivating,’ Farrier said.

The Dahmer sketch appears in the third episode of Season 1 of Dark Tourist.