Jean-Claude Juncker’s right-hand man in Brussels faced calls to quit yesterday after a watchdog suggested Eurocrats broke the law to promote him.

Martin Selmayr was fast-tracked into his role as secretary-general of the EU Commission in a way which ‘stretched and possibly even overstretched the limits of the law’, an inquiry ruled.

The German official, nicknamed ‘The Monster’ by Juncker for his ruthlessness, was even handed the position despite being unqualified to fill it, the report said. He should have first served in a deputy post. 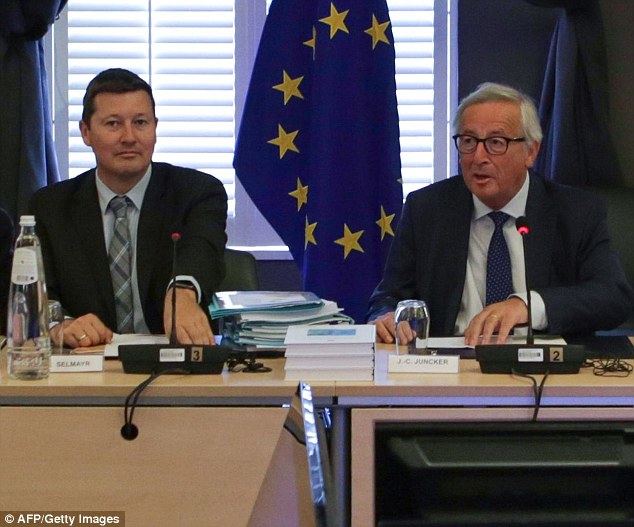 Martin Selymar, left, pictured with Jean-Claude Juncker, has been urged to resign over the way the German official was appointed the EU’s top civil servant 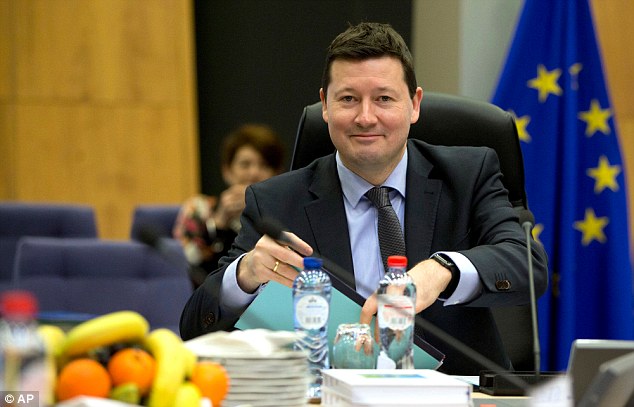 Yesterday’s scathing report by the EU watchdog also poured scorn on the Commission – the arm of the EU which oversees Brexit and of which Mr Juncker is president – for its ‘defensive’ and ‘evasive’ response to the allegations.

Its leaders showed either ‘a lack of self-awareness and understanding of the valid concerns’ or ‘a wilful refusal to admit to them’, the investigation found.

In her report the European Ombudsman, Emily O’Reilly, said Brussels bosses were guilty of acts of ‘maladministration’.

Mr Juncker was found to have allowed lines to blur between administrative independence and his political closeness to Mr Selmayr, previously his chief of staff. It meant Mr Selmayr was effectively parachuted into the EU’s most senior civil service post. Despite the damning findings, the Commission yesterday said nobody would face disciplinary action and even suggested that the report’s conclusions were the result of ‘misunderstandings’. But critics branded the EU body ‘corrupt’ and called for Mr Selmayr to resign so a new secretary-general could be appointed.

The EU’s chief Brexit negotiator has said he is ‘strongly opposed’ to the Government’s Brexit plan.

But arriving for the Cabinet meeting at No 10, Defence Secretary Gavin Williamson said: ‘Michel Barnier doesn’t know an awful lot about British politics.’ In the Commons, MPs urged Brexit Secretary Dominic Raab to abandon the plans, saying it was hopeless to continue faced with Mr Barnier’s opposition. But Mr Raab said they were being ‘used’ by Mr Barnier to undermine the Government’s negotiating position.

Tory MEP Daniel Hannan said: ‘The really shocking thing is that this is how the EU always behaves. It makes up the rules as it goes along. No one is ever held accountable, no one is ever punished, I’m so glad we’re leaving.

‘If the EU allows this appointment to stand, it will be a confirmation of what we have long suspected – that it doesn’t believe in keeping its own rules.’

Fellow Tory MEP David Campbell Bannerman added: ‘This is a very strong and extraordinary condemnation coming from an EU body.

‘The whole appointment process must be repeated and done properly. Mr Selmayr must re-apply for the post.’

The probe followed complaints that Mr Juncker promoted Mr Selmayr in February without following due process.

Mr Selmayr, a 47-year-old lawyer and fanatical Euro-federalist, caused controversy after allegedly leaking details of a key Brexit dinner at Downing Street between Theresa May and Mr Juncker last year – a claim he denies.